This November, we’re gathering in New Orleans for three days of TEDWomen — to share talks about bridging the world today and the world we all hope to build. Today, we’re announcing the first speakers on our lineup, a mix of powerful voices, creative insights and committed activism that will set the tone for our time together. Read on to learn more about these fascinating women and men — and of course, we’d love you to join us November 1–3 in New Orleans for TEDWomen 2017: Bridges. 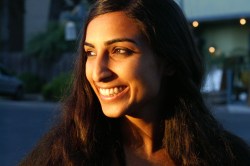 Valarie Kaur: In an era of enormous rage, Valarie argues that Revolutionary Love — as a public ethic and shared practice — is the call of our times.

What is the antidote to the rise in nationalism, polarization and hate in the U.S. and around the globe? Social justice activist Valarie Kaur argues we need to claim love as a public ethic. She redefines love not just as an emotion but as labor that births and transforms: Revolutionary Love. When Revolutionary Love is released from the domestic sphere and practiced in public, it disrupts the logic of capitalism, challenges structures of injustice, and shifts collective consciousness. Telling personal stories from the front lines of social movements, and drawing upon ethics, law, and neuroscience, Kaur argues that the practice of Revolutionary Love — for others, opponents, and ourselves — is the call of our times. Watch her viral speech: “Breathe and push.” 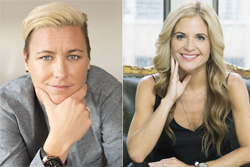 Abby Wambach is the all-time leading scorer in international soccer history with 184 career goals. She was the United States’ leading scorer in the 2007 and 2011 Women’s World Cup tournaments and the 2004 and 2012 Olympics. (She missed Beijing 2008 due to a broken leg.) Her ability to wear down defenses with her physical play, aerial game and hard running has long been a key to the USA’s success. After winning the Women’s World Cup in 2015, Wambach retired as one of the most dominant players in the history of women’s soccer. For the next chapter of her career, she’s fighting for equality and inclusion across industries. Glennon Doyle, is the bestselling author of Love Warrior, a 2016 Oprah’s Book Club selection, as well as the bestseller Carry On, Warrior. She is an activist, speaker and founder of Together Rising, a nonprofit organization that has raised over $7 million for women, families and children in crisis. Glennon is also the creator of Momastery, an online community where millions of readers meet each week to experience her shameless and hilarious essays about marriage, motherhood, faith, mental health, addiction, recovery and connection. 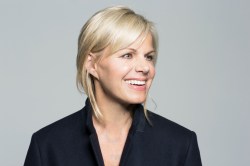 Gretchen Carlson: After this news anchor stood up and spoke out about sexual harassment in the workplace, women all over the world began to take back their lives, careers and dignity.

Gretchen Carlson has been at the forefront of gender equality and diversity for the last decade, consistently defying expectations placed on her.  Advocating bravery and empowerment at every turn, Gretchen has become a force of innumerable power in our current cultural climate, taking on patriarchal notions of gender and sexuality head-on with extreme resilience and zeal. She’s a tireless advocate for young women and is committed to gender equality, exemplifying how you can truly have it all – a successful career, a substantive family life, and an altruistic purpose. Her book Be Fierce is due out October 17. 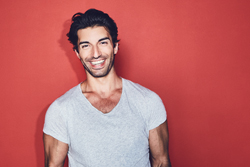 Justin Baldoni: An outspoken feminist, Justin has been doubling down on his efforts to start a dialogue with men to redefine masculinity.

Justin Baldoni is an actor, director, and entrepreneur whose efforts are focused on creating impactful media. He can be seen playing Rafael on CW’s award-winning phenomenon Jane the Virgin. In 2012, Baldoni created the most watched digital documentary series in history, “My Last Days,” a show about living told by the dying. On the heels of that success Baldoni founded Wayfarer Entertainment, a digital media studio focused on disruptive inspiration. In 2014 he started the annual Carnival of Love with a mission to improve the way the Los Angeles community views and interacts those experiencing homelessness. To support his work on Skid Row he started the Wayfarer Foundation, which supports his work breaking the cycle of homelessness and supporting individuals facing terminal illness. 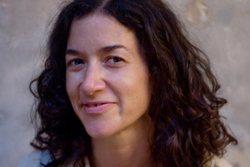 Eve Abrams first fell in love with stories listening to her grandmother tell them. Eve is an award winning radio producer, writer, audio documentarian, and educator whose work focuses on the stories of her adopted hometown, New Orleans. She produces the audio project Unprisoned, piloted through AIR’s Finding America initiative, which tells how mass incarceration affects people serving time outside and investigates why Louisiana is the world’s per-capita incarceration capital. Unprisoned received a Gabriel Award and was a 2017 Peabody Finalist. Her 2015 documentary Along Saint Claude chronicled 300 years of change in New Orleans and received an Edward R. Murrow award. Eve Abrams is a Robert Rauschenberg Foundation Artist as Activist Fellow. She has been teaching for 25 years and currently teaches for the Society for Relief of Destitute Orphan Boys. 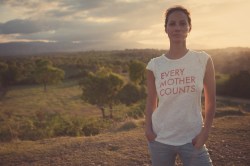 Christy Turlington Burns: 98% of deaths in childbirth are preventable, and as Christy says: “This is not an issue that needs a cure. We know how to save these women’s lives.”

Sally Kohn: This journalist and writer searches for common ground among political foes by focusing on the compassion and humanity in everyone.

Sally Kohn has a powerful vision for a more united United States. She’s a columnist and a political commentator for CNN, and is working on a book about hate that will be published in the Spring of 2018. As a former contributor to Fox News, this progressive lesbian sparred with some of the most conservative minds on television, and has sifted through hundreds of letters of hate mail a day. But she deeply believes we can find common ground in our shared humanity, political differences aside. Before we can achieve political correctness, she says, we must first establish emotional correctness — and this will ignite conversations that lead to real change. Watch Sally’s short TED Talks: “Let’s try emotional correctness,” and “Don’t like clickbait? Don’t click.”

Cleo Wade: “The best thing about girl power is that over time it turns into woman power.”

Cleo Wade, an outspoken artist, speaker, poet, and the author of a forthcoming book, is an inspiring advocate for gender and race equality. She creates motivating messages, blending simplicity with positivity, femininity and arresting honesty. Her poems, accessible and empowering, speak to a greater future for all women, people of color, and the LGBTQ community, preaching love, acceptance, justice and peace.