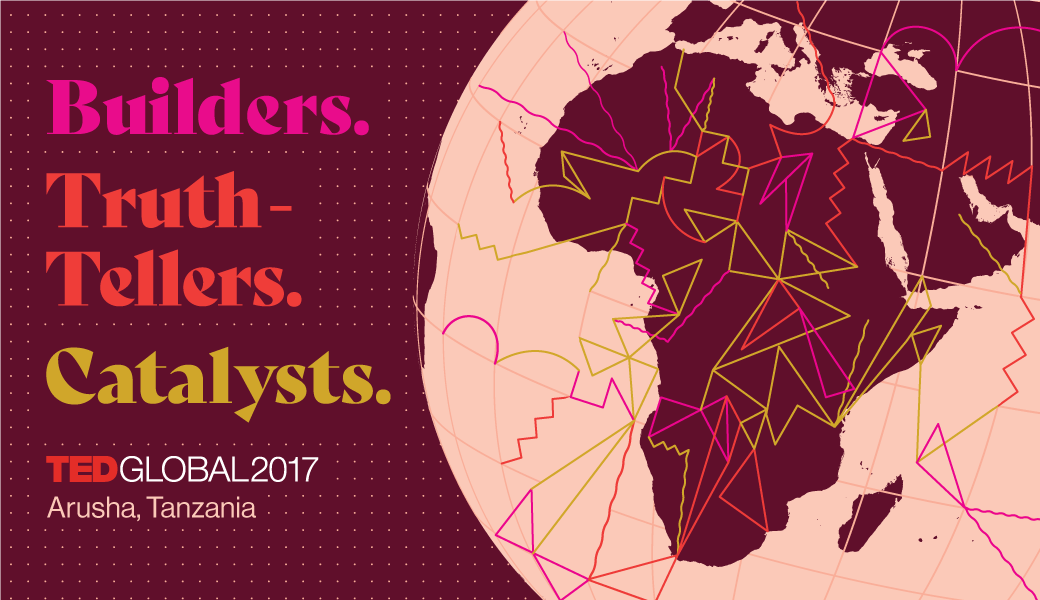 On August 27, an extraordinary group of people will gather in Arusha, Tanzania, for TEDGlobal 2017, a four-day TED Conference for “those with a genuine interest in the betterment of the continent,” says curator Emeka Okafor.

As Okafor puts it: “Africa has an opportunity to reframe the future of work, cultural production, entrepreneurship, agribusiness. We are witnessing the emergence of new educational and civic models. But there is, on the flip side, a set of looming challenges that include the youth bulge and under-/unemployment, a food crisis, a risky dependency on commodities, slow industrializations, fledgling and fragile political systems. There is a need for a greater sense of urgency.”

He hopes the speakers at TEDGlobal will catalyze discussion around “the need to recognize and amplify solutions from within the Africa and the global diaspora.”

Who are these TED speakers? A group of people with “fresh, unique perspectives in their initiatives, pronouncements and work,” Okafor says. “Doers as well as thinkers — and contrarians in some cases.” The curation team, which includes TED head curator Chris Anderson, went looking for speakers who take “a hands-on approach to solution implementation, with global-level thinking.”

Here’s the first sneak preview — a shortlist of speakers who, taken together, give a sense of the breadth and topics to expect, from tech to the arts to committed activism and leadership. Look for the long list of 35–40 speakers in upcoming weeks.

“In five to ten years, Kenya will truly have a national innovation system, i.e. a system that by its design audits its population for talented makers and engineers and ensures that their skills become a boon to the economy and society.” — Kamau Gachigi on Engineering for Change

Dr. Kamau Gachigi is the executive director of Gearbox, Kenya’s first open makerspace for rapid prototyping, based in Nairobi. Before establishing Gearbox, Gachigi headed the University of Nairobi’s Science and Technology Park, where he founded a Fab Lab full of manufacturing and prototyping tools in 2009, then built another one at the Riruta Satellite in an impoverished neighborhood in the city. At Gearbox, he empowers Kenya’s next generation of creators to build their visions. @kamaufablab

“I’m looking forward to discussing the roles we play as leaders and tributaries in redressing disparities within arts ecosystems. The art fair is one model which has had a direct effect on the ways in which audiences engage with art, and its global outlook has contributed to a highly mobile and dynamic means of interaction.” — Touria El Glaoui

Touria El Glaoui is the founding director of the 1:54 Contemporary African Art Fair, which takes place in London and New York every year and, in 2018, launches in Marrakech. The fair highlights work from artists and galleries across Africa and the diaspora, bringing visibility in global art markets to vital upcoming visions. El Glaoui began her career in the banking industry before founding 1:54 in 2013. Parallel to her career, Touria has organised and co-curated exhibitions of her father’s work, the Moroccan artist Hassan El Glaoui, in London and Morocco. @154artfair

“Technological, demographic, economic and environmental change are recasting the world profoundly and rapidly. The sentiment that we are traveling through unprecedented times has left many feeling deeply unsettled, but there may well be lessons to learn from history — particularly African history — lessons that show how brilliant leadership and strategic intervention have galvanised and united peoples around inspirational ideas.” — Gus Casely-Hayford

Dr. Gus Casely-Hayford is a curator and cultural historian who writes, lectures and broadcasts widely on African culture. He has presented two series of The Lost Kingdoms of Africa for the BBC and has lectured widely on African art and culture, advising national and international bodies on heritage and culture. He is currently developing a National Portrait Gallery exhibition that will tell the story of abolition of slavery through 18th- and 19th-century portraits — an opportunity to bring many of the most important paintings of black figures together in Britain for the first time.

“Koniku eventually aims to build a device that is capable of thinking in the biological sense, like a human being. We think we can do this in the next two to five years.” — Oshiorenoya Agabi on IndieBio.co

With his startup Koniku, Oshiorenoya Agabi is working to integrate biological neurons and silicon computer chips, to build computers that can think like humans can. Faster, cleverer computer chips are key to solving the next big batch of computing problems, like particle detection or sophisticated climate modeling — and to get there, we need to move beyond the limitations of silicon, Agabi believes. Born and raised in Lagos, Nigeria, Agabi is now based in the SF Bay Area, where he and his lab mates are working on the puzzle of connecting silicon to biological systems. 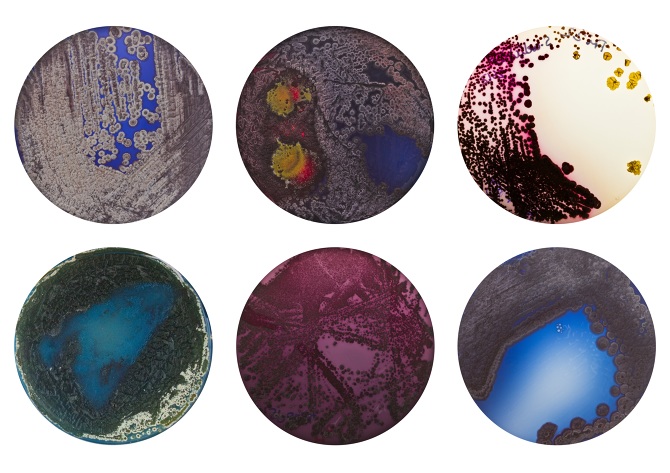 Natsai Audrey Chieza is a design researcher whose fascinating work crosses boundaries between technology, biology, design and cultural studies. She is founder and creative director of Faber Futures, a creative R&D studio that conceptualises, prototypes and evaluates the resilience of biomaterials emerging through the convergence of bio-fabrication, digital fabrication and traditional craft processes. As Resident Designer at the Department of Biochemical Engineering, University College London, she established a design-led microbiology protocol that replaces synthetic pigments with natural dyes excreted by bacteria — producing silk scarves dyed brilliant blues, reds and pinks. The process demands a rethink of the entire system of fashion and textile production — and is also a way to examine issues like resource scarcity, provenance and cultural specificity. @natsaiaudrey

Updated August 26, 2017: This blog post has been edited to remove the names of speakers who regrettably could not attend the conference.