Each episode of Soy TED centers on a theme — from happiness to exploration to drones — built around a few key TED Talks. Between the talks, host Eduardo Hauser interviews a guest in the studio, in front of a live audience, usually someone with a personal connection to the topic.

“I hope it’ll be the bridge between TED ideas and the Hispanic community,” said Hauser.

Some guests are Spanish speakers who’ve given TED Talks before — like futurist Juan Enriquez, who appeared on an episode about the impact genomics will have on our lives, and Luis von Ahn, founder of DuoLingo, who had a lot to say in an episode on the future of education.

And some guests are just fascinating people, like Carlos Páez Rodríguez — the plane-crash survivor whose story was told in the movie Alive — and Franklin Chang Dîaz, the astronaut who shares the record for most space missions.

“He grew up in my home country of Venezuela, in a very rural town,” said Hauser. “Because lighting and power were so limited, at night he would lay on his back, watch the stars and think about how he wanted to travel to the stars. And he has done so seven times.”

Soy TED airs Friday nights on Vme TV at 7pm EST. It replays Fridays at 11pm, Saturdays at 3pm and Sundays at 2pm. Find out more » 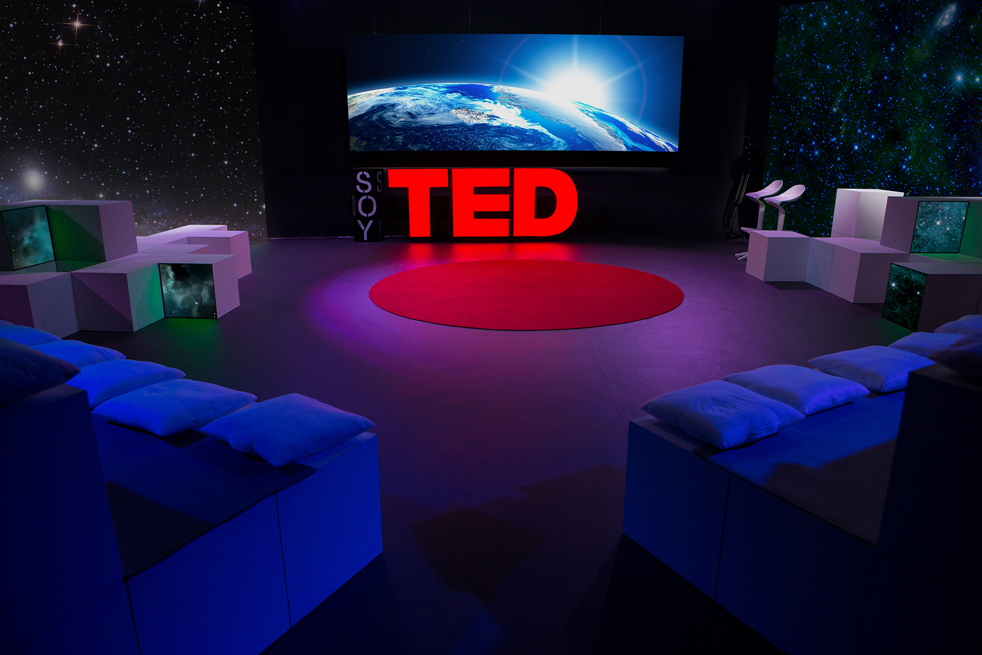 Soy TED brings together the ideas from TED Talks and live studio guests who have a personal connection to them. Host Eduardo Hauser describes the show as, “a postgraduate degree in 13 episodes.” Photo: Courtesy of Soy TED