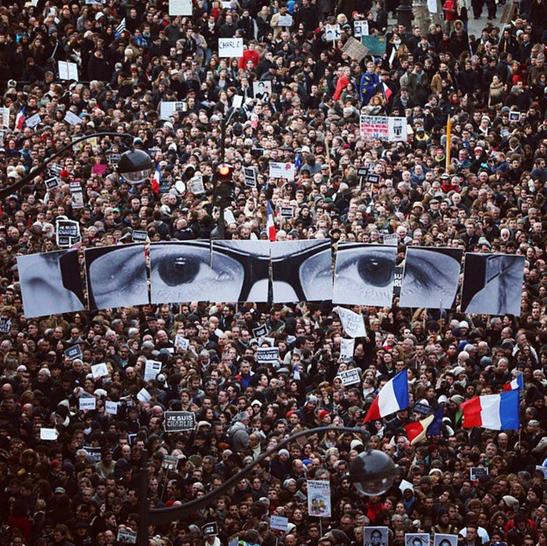 More than a million people took to the streets of Paris yesterday to show solidarity against extremism and terrorism. And their eyes were on the eyes of Stéphane Charbonnier, the editor of the satirical newspaper Charlie Hebdo, who was killed in his office last week in a terrorist attack, along with 12 others.

These eyes were created by the studio of TED Prize winner JR, and an image of them hit the cover of The New York Times this morning. JR also printed images of eyes of other slain Charlie Hebdo staff members for a rally in Union Square in New York City, hashtagging the image “#jesuischarlie” on Instagram. 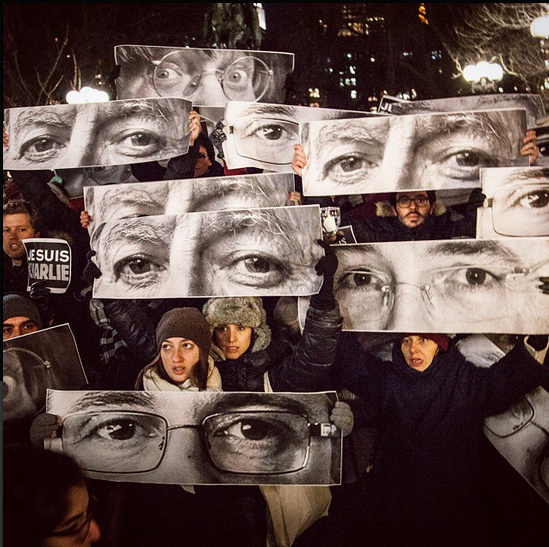 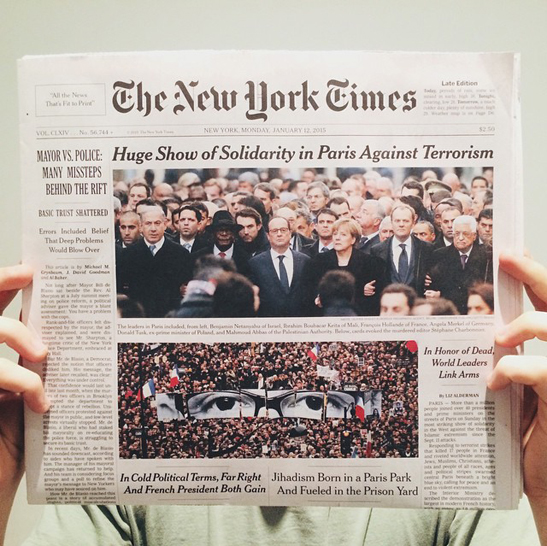