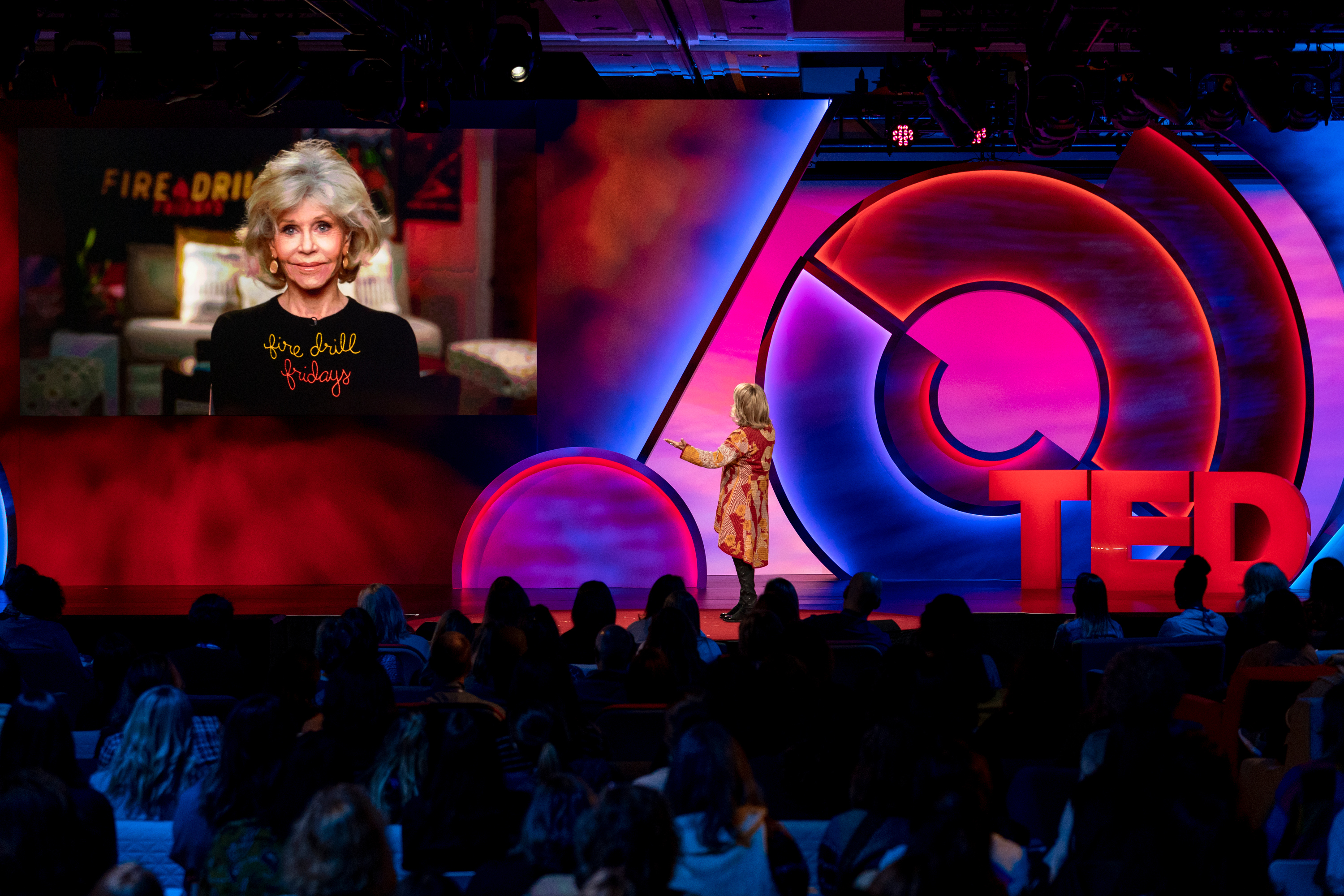 At age 81, actor and activist Jane Fonda is putting herself on the line for the planet, literally. In a video interview with TEDWomen curator Pat Mitchell, Fonda speaks about Fire Drill Fridays, the weekly demonstrations on Capitol Hill she leads in partnership with Greenpeace.

Since moving to Washington D.C. in September 2019, Fonda has staged a sit-in at the Hart Senate Office Building on Capitol Hill every Friday to protest the extraction of fossil fuels. She’s been arrested multiple times and spent a night in jail, and her actions are inspiring people around the world to host their own Fire Drill Fridays. She believes protest is becoming a new normal — at least until we see the changes we need. But, she says, we don’t all need to get arrested to raise awareness. She details some of the ways we can pressure our lawmakers and hold governments accountable.

Here are highlights from the interview.

Pat Michell: Talk to us about the origin of Fire Drill Fridays.

Jane Fonda: “I was very inspired by Greta Thunberg, the Swedish student, and by the young school climate strikers. Greta says: we have to get out of our comfort zone, we have to behave like our house is burning — because it is. She really struck a chord in me. … It’s an enormous challenge. We have eleven years, many say, a decade. And I thought, ‘Oh, I’m so lucky that I am healthy and living in a decade where we, who are alive, can actually make the difference — we can make the difference as to whether there is a livable future or not.’ What a glorious responsibility we have. We have to step up to the plate. …

“So, I decided, like Greta, I was going to put my body on the line and move to the center of American power, Washington, DC, and have a rally every Friday like the students do. And we work with the students — they speak at my rallies and I speak at their rallies — and then after we speak, we engage in civil disobedience and risk getting arrested.”

PM: Do you have any concerns about putting your body on the line and your life on hold?

JF: “I realize that not everybody can leave work and go do what I’m doing. But I must say that requests are pouring in, and not only from the United States but from other countries, people who want to start Fire Drill Fridays. And the people who are coming and getting arrested with me and engaging in civil disobedience, many of them have never done it before. And they find it transformative.

“But the fact is that there are so many things people can do, starting with talking about it, expressing how you feel about it … even when it’s uncomfortable. … Of course voting is very, very important, and we have to vote for the people that are the bravest, the boldest of our elected officials.”

PM: What would success for Fire Drill Fridays look like to you?

JF: “Success would look like every state stops all new fossil fuel expansion. Because if they keep drilling, fracking and mining, the problem will just get worse. So that no matter what we do with windmills and solar collectors and so forth, we’ll never be able to catch up. We have to stop all new expansion.”

JF: “There has been such an interest in it … from all around the country, people asking if they can start one … we’re thinking about maybe doing it in Los Angeles.

“But I want to correct one thing: I’m not leading. It’s the young people, it’s the students, that are leading. It’s always the young people that step up with the courage. And it’s pretty amazing, because they’re risking a lot. It’s pretty brave to take a Friday off from school … but they’re doing it anyway. There have been millions of them … all around the world, and they’re saying, ‘Don’t let us have to deal with this by ourselves, we didn’t create this problem. Come and help us.’ So, Grandmas unite!”

PM: Do you leave this experience with a new level of hope or optimism?

JF: “Yes, I am optimistic. … [People] want to do something but no one has asked them. We have to ask them. We have to get organized. … This coming year is the critical year. What happens is going to be so important. Especially someone who is healthy, who feels relatively young, who has a platform — we have to use it in every possible way we can.”