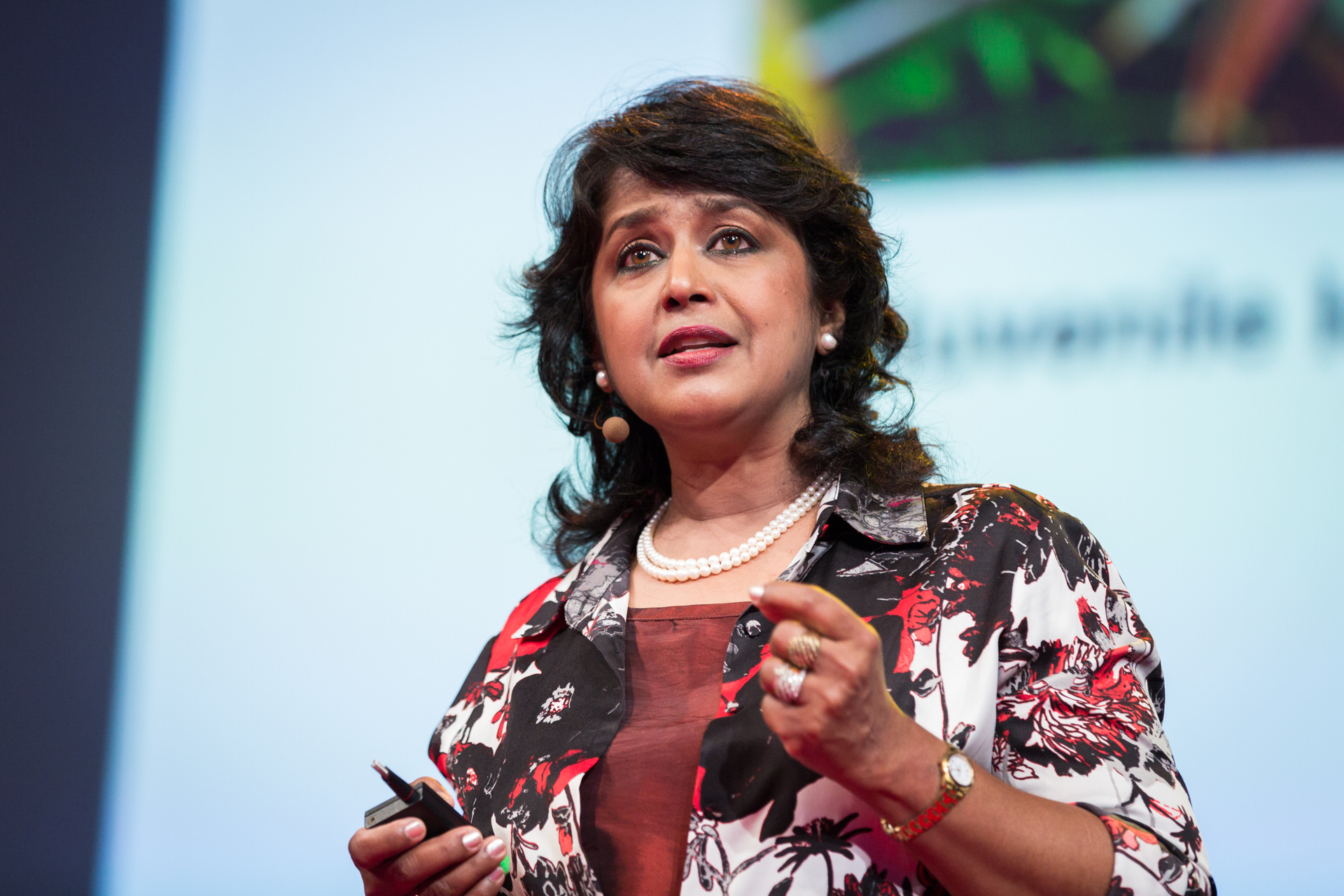 Ameenah Gurib-Fakim was just sworn in as the first female president of Mauritius. A TEDGlobal 2014 speaker, she shares the unusual way this happened and what she plans to do while in office. Photo: James Duncan Davidson/TED

(Editor’s note, as of Nov. 1, 2019: Ameenah Gurib-Fakim stepped down as president of Mauritius in March 2018, following accusations that she misused a credit card given to her by a nonprofit. Read more here.)

You’ve heard of a philosopher king. But what about a biologist president?

Ameenah Gurib-Fakim — the biologist who gave the TED Talk “Humble plants that hide surprising secrets” — was sworn in today as the sixth president of Mauritius, a small island off the coast of Africa, about 500 miles past Madagascar. Gurib-Fakim was appointed to the position by Mauritius’ parliament, and is the country’s first female president. And as she tells the TED Blog: The whole thing comes as a shock.

The TED Blog spoke to Gurib-Fakim about how she became an accidental president — and how she’ll approach the presidency differently, as both a woman and a biologist.

What sparked your interest in politics?

If I tell you the story, you won’t believe it. Last year, the outgoing government wanted to change the constitution, to give the outgoing prime minister more powers. In reaction to this, the opposition party said, “We don’t want any constitutional change. And we are going to propose a woman president.”

When they asked me, I said, “I don’t see myself as a politician. I’m not going to play that game.” The post of the president is not an executive one here, but it’s a lot of responsibility. They said, “We just want you to be there. You don’t have to campaign; we will do all the work.” So I said, “Okay. Let’s go for it.” I thought, in my small mind, they were going to lose anyway; this was a case of David against Goliath. But lo and behold, they won. It was a landslide. This all happened when I came back from TEDGlobal. So there I was.

When the party won, the current president claimed his mandate through 2017. So I thought, “Well, I’ve still got time to get prepared.” Then he resigned last Friday, on May 29. That’s the story of how I got pushed into the limelight of the presidency.

Did you know that the current president would be resigning?

I had no idea. I started hearing echoes last Thursday, and on Friday he signed his resignation. My party said, “We will need to appoint you very quickly.”

Fortunately, here president is a constitutional post — you are the guardian of the constitution. You are also commander in chief — we don’t have an army, but we do have a paramilitary. Then within the role, there is enough space for you to do other things. 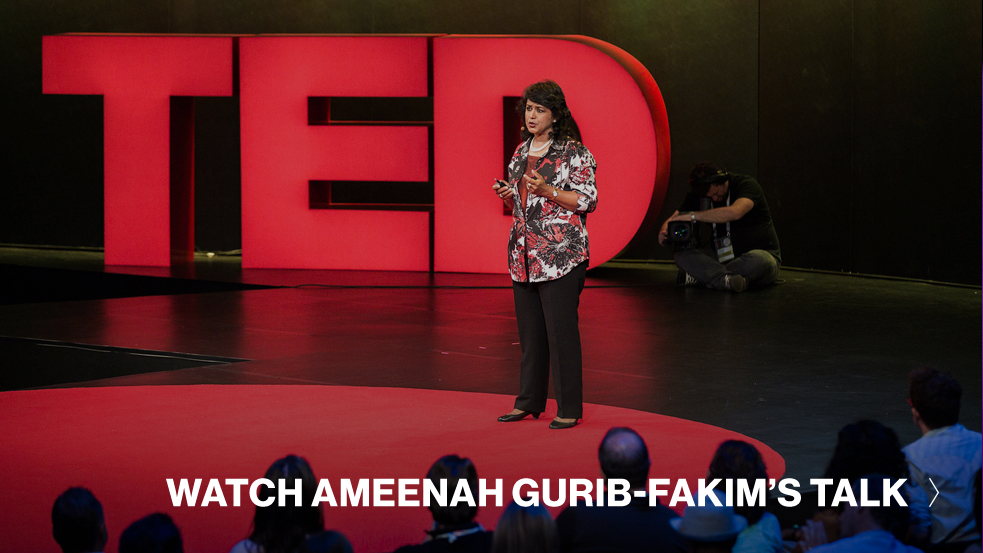 I want to drive think-tanks on science and technology. Since TEDGlobal, we opened BioPark Mauritius, the first technology park in this part of the world. We have quite a few clusters and institutions in operation now — but there is potential for a lot more. Another area I want to focus is on the environment. Climate change is a big concern for us — it can be felt in terms of the seasons, and we’re seeing very strong, violent storms. A strong voice needs to be heard. Sustainable development has everything to do with our identity of being Mauritian and of being a biodiversity hotspot.

Of course, we have to pay good attention to education. And my party is focused on getting the economy right — because they know that with the economy comes employment, and with that comes social welfare. We have free healthcare and free education.

As a biologist, do you bring a different vantage point to the role of president?

I think not just as a biologist, but as a woman biologist. I’ve gone through the glass ceiling, and that’s an important message to send to young women and girls. Increasingly, young people are leaving the sciences, so I hope to be a role model to promote the learning of science, to make it interesting and sexy. I want to tell people, “Yes, it’s possible if you are a woman.”

So it feels significant to be the first female president?

Oh yes, it’s very big — for Mauritius and for the continent. In Africa, there aren’t many women at the helm of countries. The same is true globally. It’s really making history.

In Mauritius, we live in a very patriarchal society. I was lucky when I was a young girl, because my father had no objection to his daughter getting an education. When I was young, education wasn’t free, so this was not the case for many girls. Girls got more and more access to schools after 1976, and yet women who are professionals still suffer from what I call the leaky-pipe syndrome. A lot of girls come in to the schools, but by the time we look out the other side of the tube, there’s hardly any left. We need to see how this can be capped. [My appointment] has a lot of symbolism attached to it. That’s one of the reasons why I think it’s just so wow-ing. 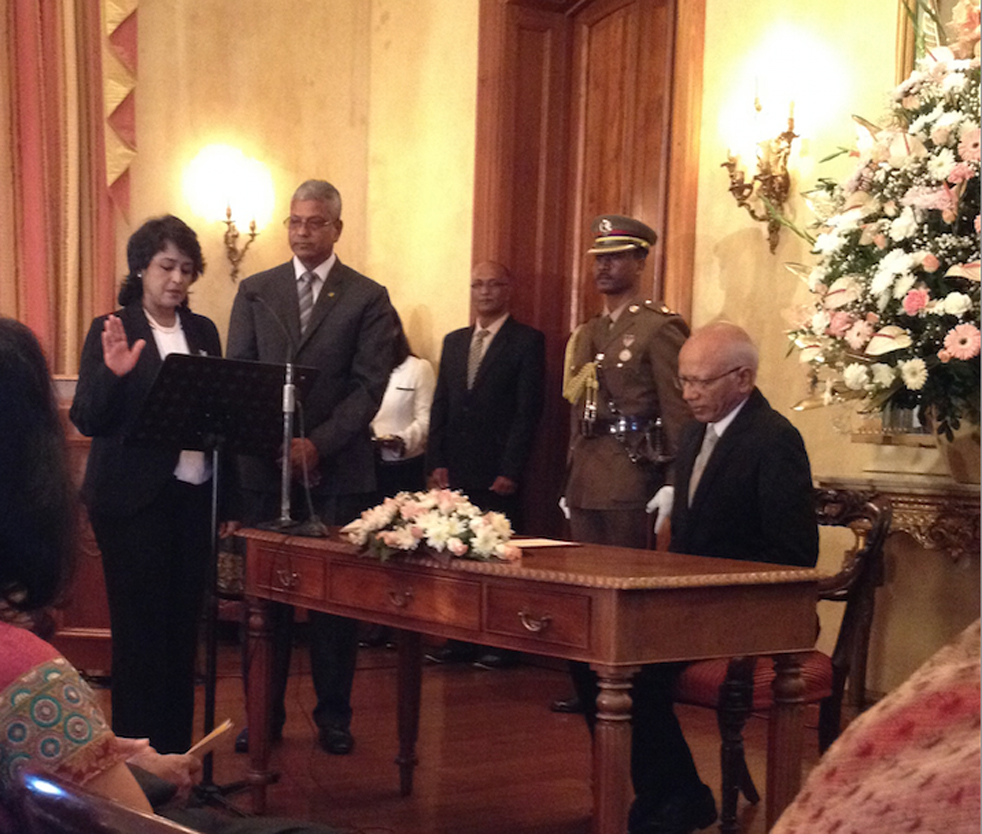 Earlier, you mentioned the Mauritian identity. How would you describe that?

The Mauritian identity is constantly being built and rebuilt, because we come from so many parts of the world. We are a people of Indian, African, Chinese and European origin. People think along ethnic lines, and tend to only remember they’re Mauritian on Independence Day, on March 12, when people rally round the flag and national anthem. The next day, they have forgotten about it. So this is something that needs to be constructed systematically.

Mauritius has some very good practices. We’re a country with no natural resources, and yet we have a good per-capita income, one of the highest in Africa. We have a mix of people, and we’ve developed a rich social fabric which has stayed generally strong. All these practices, we should be exporting to the world. I think this has not been done properly over the last few years.

Of course, we have a unique biodiversity. That can be turned into economic opportunity with sustainable development.

How do you anticipate that being president will change your everyday life?

I’ve been traveling quite a bit, and this will clip my wings. My family is also discussing whether to move. For the past five months, they’ve been getting used to the idea [of me as president]. Once my name was mentioned and the party won, we realized it was going to happen at some point.

What are you most excited about — and nervous for — with being sworn in?

It’s daunting. It’s a huge responsibility. Something that requires a lot of psychological preparation, which I’m trying to get. I’m a scientist, so I’m used to saying things as I see them. As president, [I] need to be much more diplomatic. I have to be careful and go in with kid gloves.

Do you think your TED Talk had anything to do with this turn in your career?

TED is very popular here. Having spoken at TED gives you a lot of credibility — and a lot of visibility. It’s been amazing. Maybe we can do a TEDGlobal: South! here in two, three years. Why not? 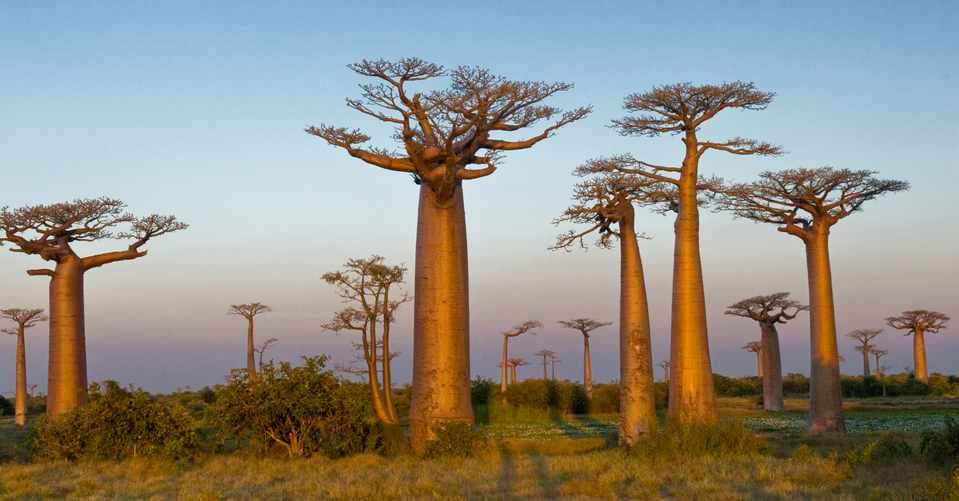 In her TED Talk, Ameenah Gurib-Fakim introduced us to the baobab tree, one of the incredible species that grows in the biodiversity hotspot of Mauritius. Protecting the environment will be a priority in her presidency. Photo: Courtesy of Ameenah Gurib-Fakim