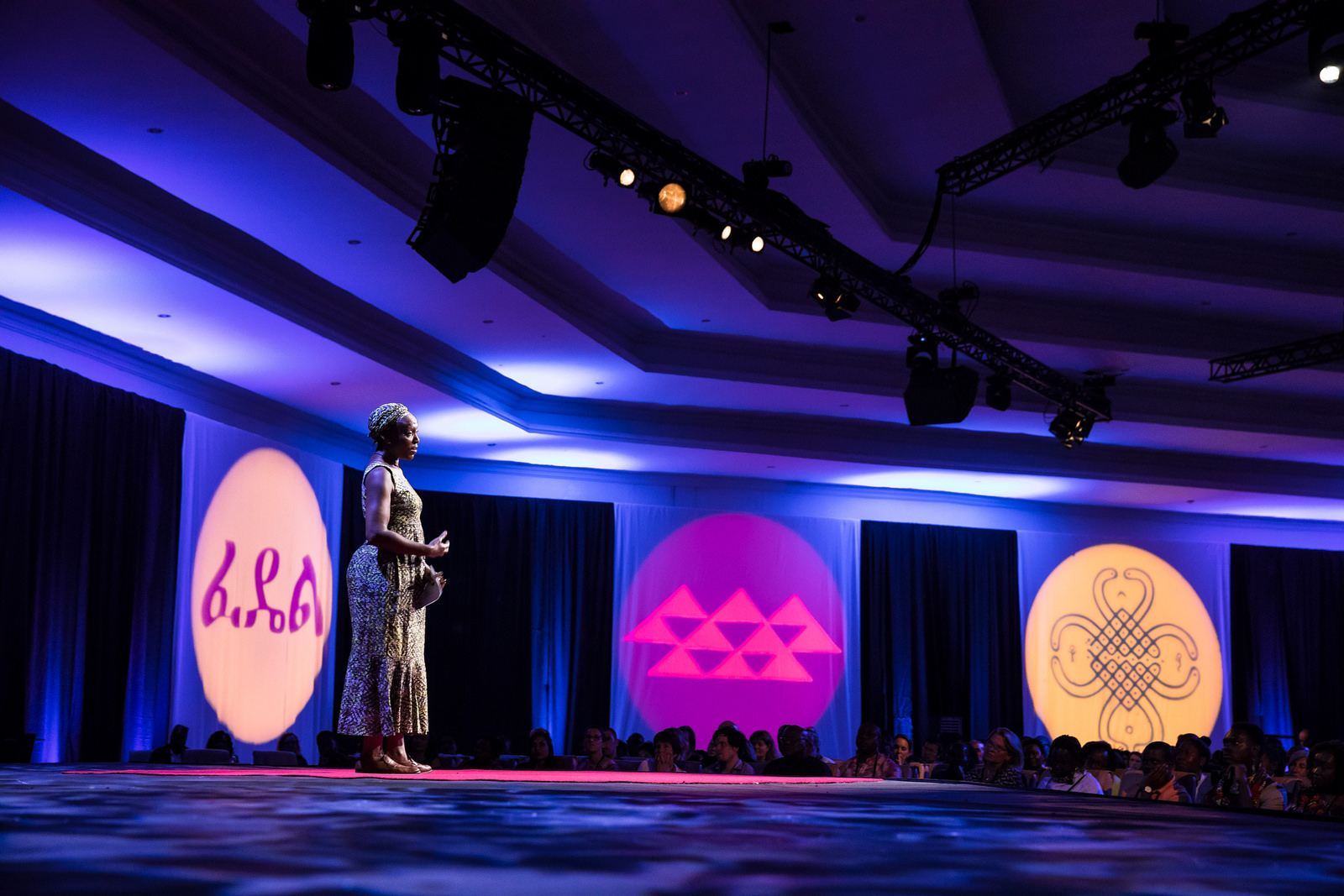 All around the theater space, characters from African alphabets were projected on walls and floors in vivid color. The characters came from many languages, and were chosen by designer Saki Mafundikwa to match the theme of the conference: Builders. Truth-Tellers. Catalysts. Photo: Bret Hartman / TED

TEDGlobal 2017 was an important homecoming to the African continent, and a ton of work went into creating an authentic experience, from the curation of talks to the music to the graphics and stage design. Saki Mafundikwa, a graphic designer, filmmaker, design teacher and founder of the Zimbabwe Institute of Vigital Arts (and a TED speaker himself) was commissioned to create an aesthetic for the theatre stage that was as elegant as it was culturally and thematically relevant.

These 3 preliminary designs were part of the process of developing the design system for the theater. While they ended up not being used as is, their gorgeous colors and shapes showcased the potential of using alphabets as a design feature throughout the space. Images courtesy Saki Mafundikwa. 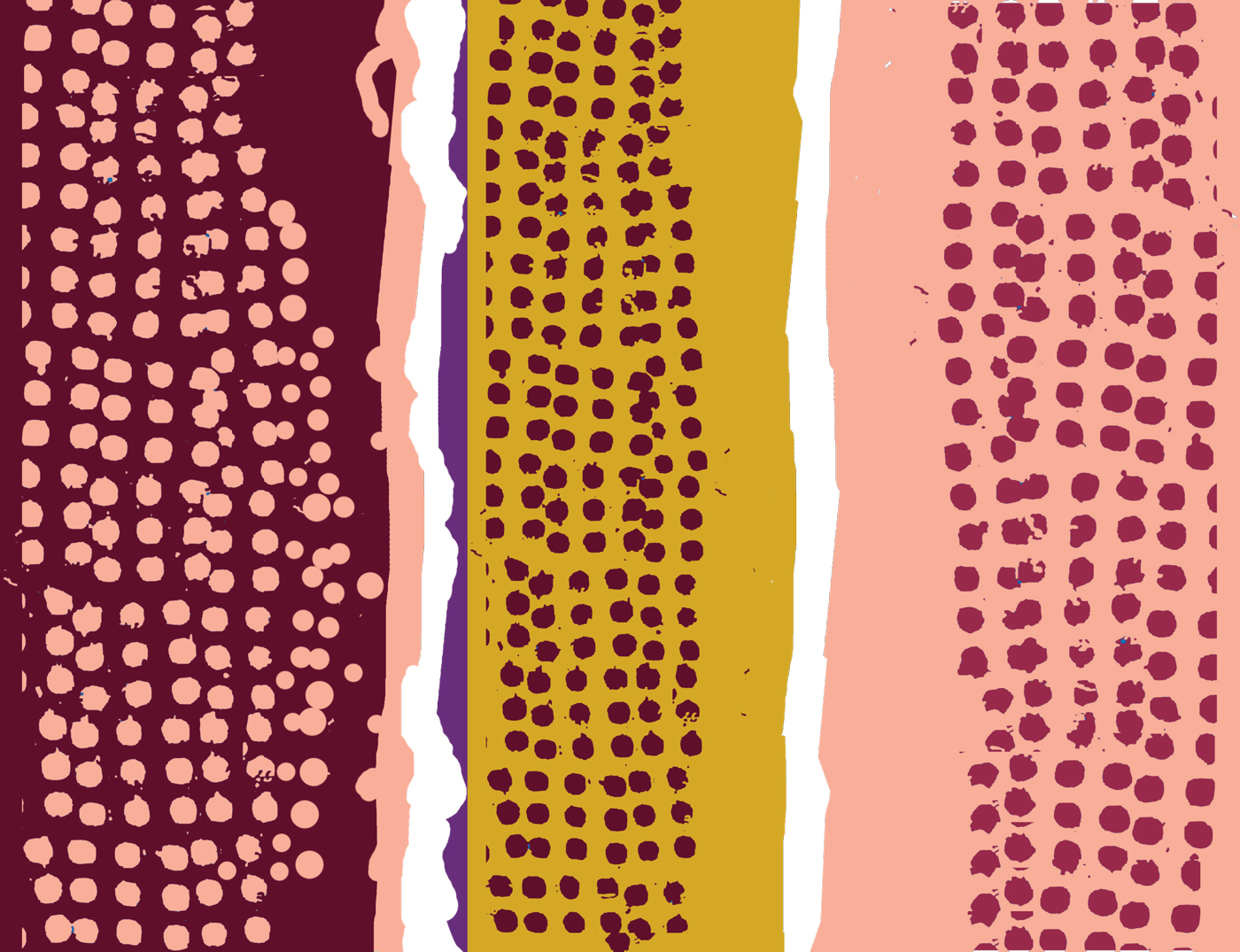 Most people who watch the talks online will see Mafundikwa’s abstract fabric designs on fabric drapes over the stage. But it might be that only those who were actually there in the theater will be able to truly appreciate the true stars of the show: giant symbols, beamed down on the floor and sides of the 600-seater with gobos. “TED loved the idea of gobos,” Mafundikwa says. “It’s one of those rare but beautiful moments when, as a designer, you have an idea and the client loves it!”

The symbols are not Klingon (obviously). They are alphabets from ancient African writing systems, of which Mafundikwa is a globally recognized expert.

“Some of the symbols are proverbs, like the Adinkra of the Akan people of Ghana. Those were easier to find in keeping with the theme. But others, like Ethiopic, which are syllabaries — each character stands for a syllable — were not so easy.” 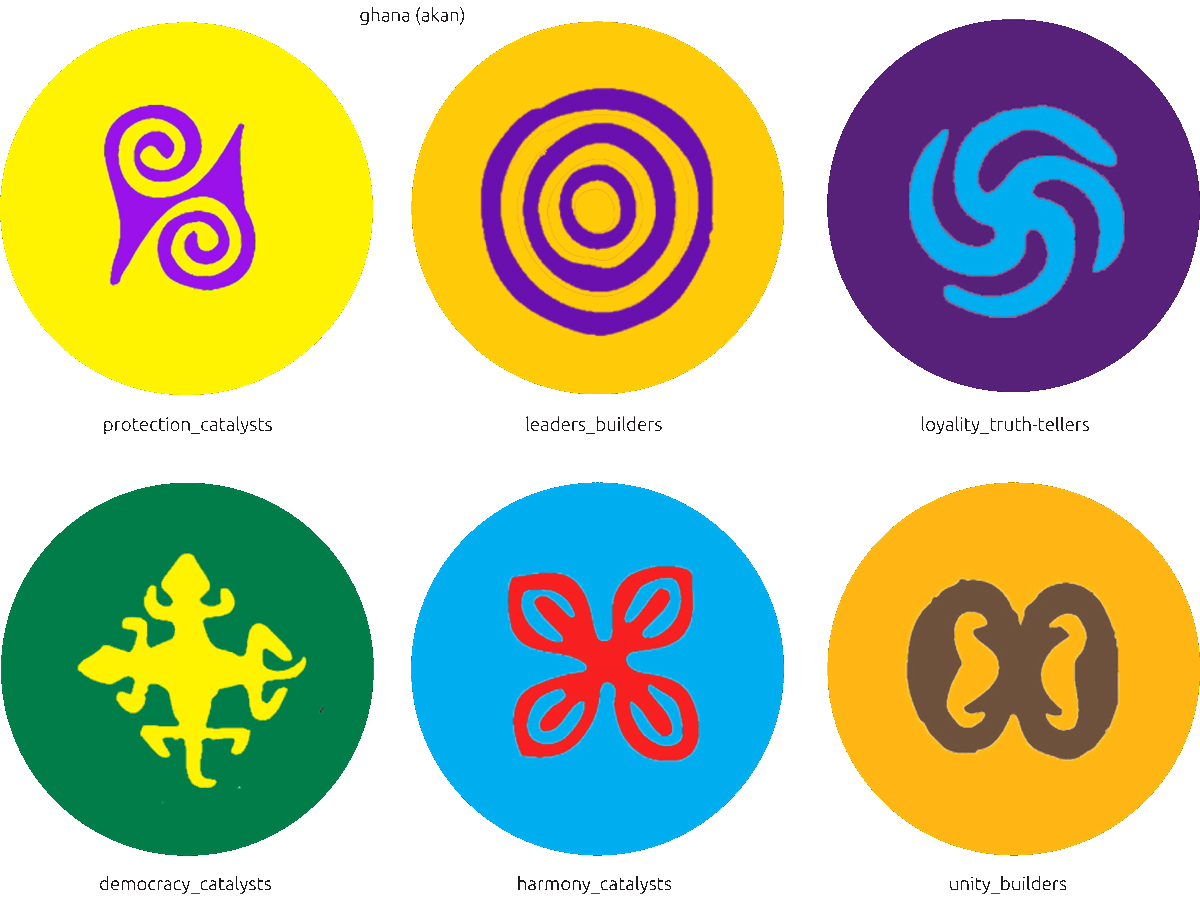 These characters come from the Adinkra of the Akan people of Ghana. Saki chose symbols that matched with the conference’s theme.

Not all parts of Africa produced writing systems, Mafundikwa says, so finding a gamut of symbols that were truly representative proved to be a challenge. Nonetheless, he was ultimately able to present symbols that spanned all four hemispheres of the continent.

“In the end, there were two sets of designs: the symbols projected on the auditorium walls and floor and the stage backdrop. Initially, I just went crazy and produced a bunch of ideas and there was quite some back-and-forth until we settled on what you saw in Arusha.” 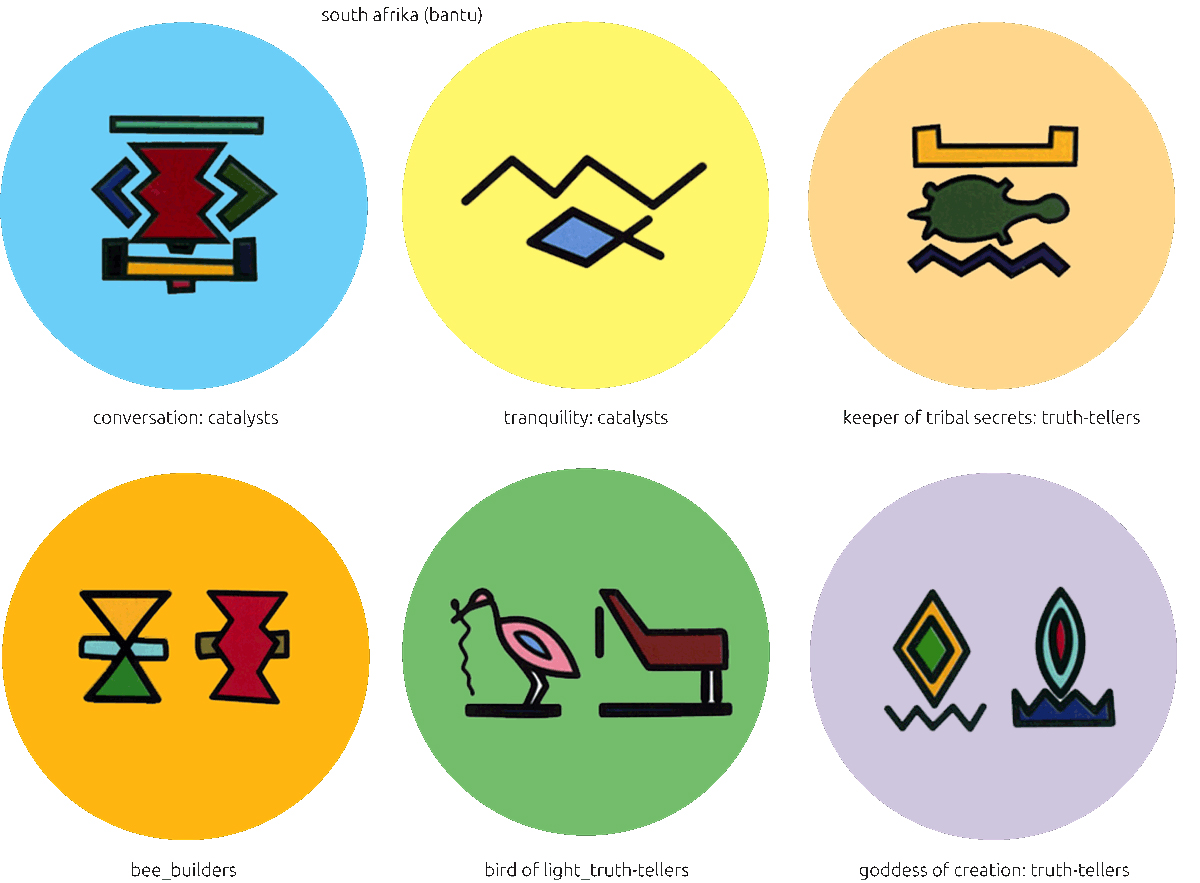 Characters from the Bantu language, from South Africa, create poetic matches to the conference themes — where “goddess of creation” represents truth-tellers, and the character for “bee” represents builders. Image courtesy Saki Mafundikwa

Keep an eye out for Mafundikwa’s designs onstage and in camera angles during the TEDGlobal 2017 talks, which have already begun to go live. To learn more about Mafundikwa’s work, watch his own TED Talk about the beauty and ingenuity of ancient African alphabet from 2013. 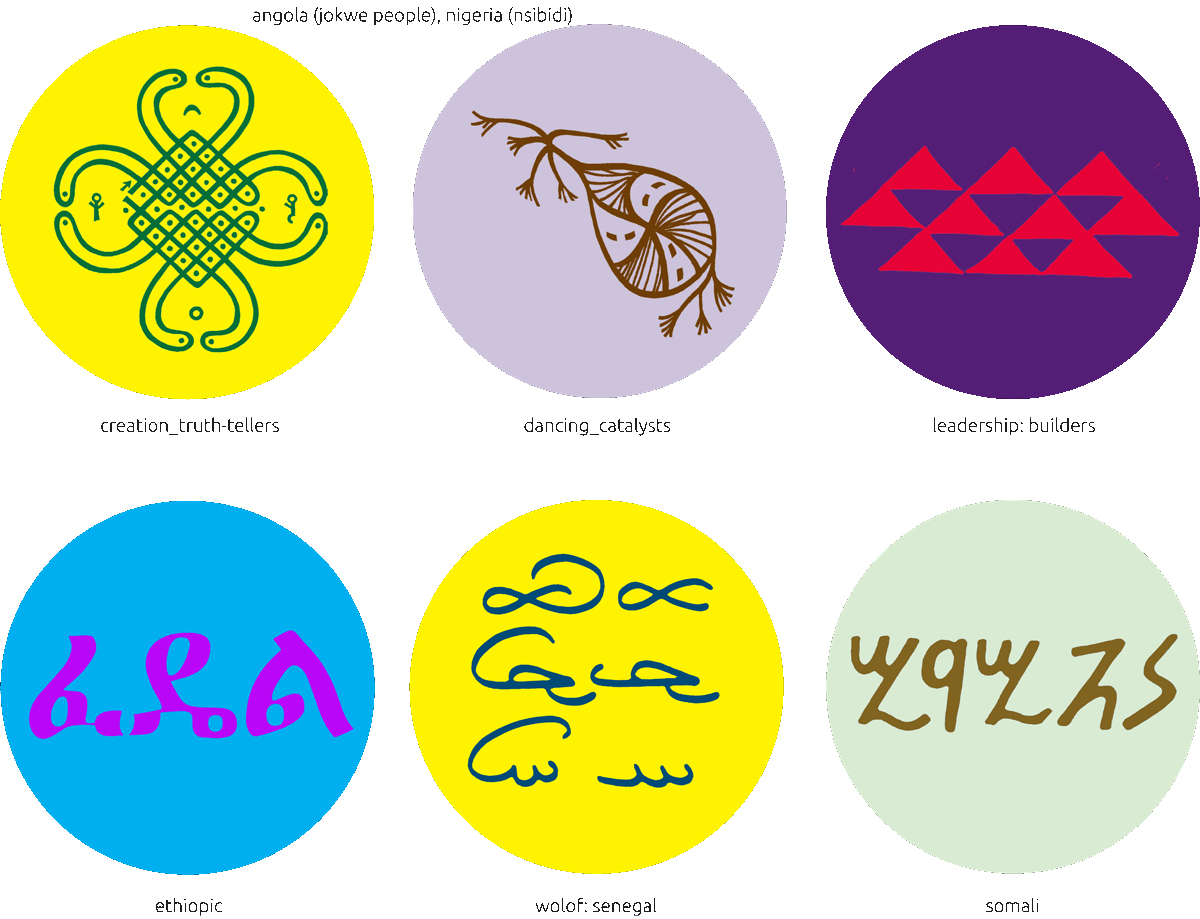 Characters from Angola’s Jokwe language and Nigeria’s Nsibidi, at top, and examples of Ethiopic, Wolof (from Senegal) and Somali.