In Session 4 of TEDWomen 2019, we tackled some big taboos — divorce, menopause, political dissent — and met the extraordinary people on the front lines of breaking them.

Music: Filling the room with her unmistakable rasp, the legendary Macy Gray brought Session 4 to a joyous close.

Why? It may sound counterintuitive, but talking early in a relationship about what happens when two people break up may be one of the best ways to learn how to stay together, says Jeannie Suk Gersen. Too often in marriages, we make and demand sacrifices without reckoning their costs. There is wisdom in looking at the price of our marital decisions — in the same way that divorce law teaches us to do. Where to begin? Gerson lays out three ideas we should discuss with our partners from the get-go: how sacrifice can be a fair exchange; how childcare will impact the relationship; and which assets will be shared and which will be kept separate. If we take the time to have these divorce-conscious and difficult conversations, she says, we can better navigate togetherness.

Quote of the talk: “Divorce makes it incredibly explicit who owes what to whom. Whether you’re married or divorced, those are debts of love that will need to be paid.” 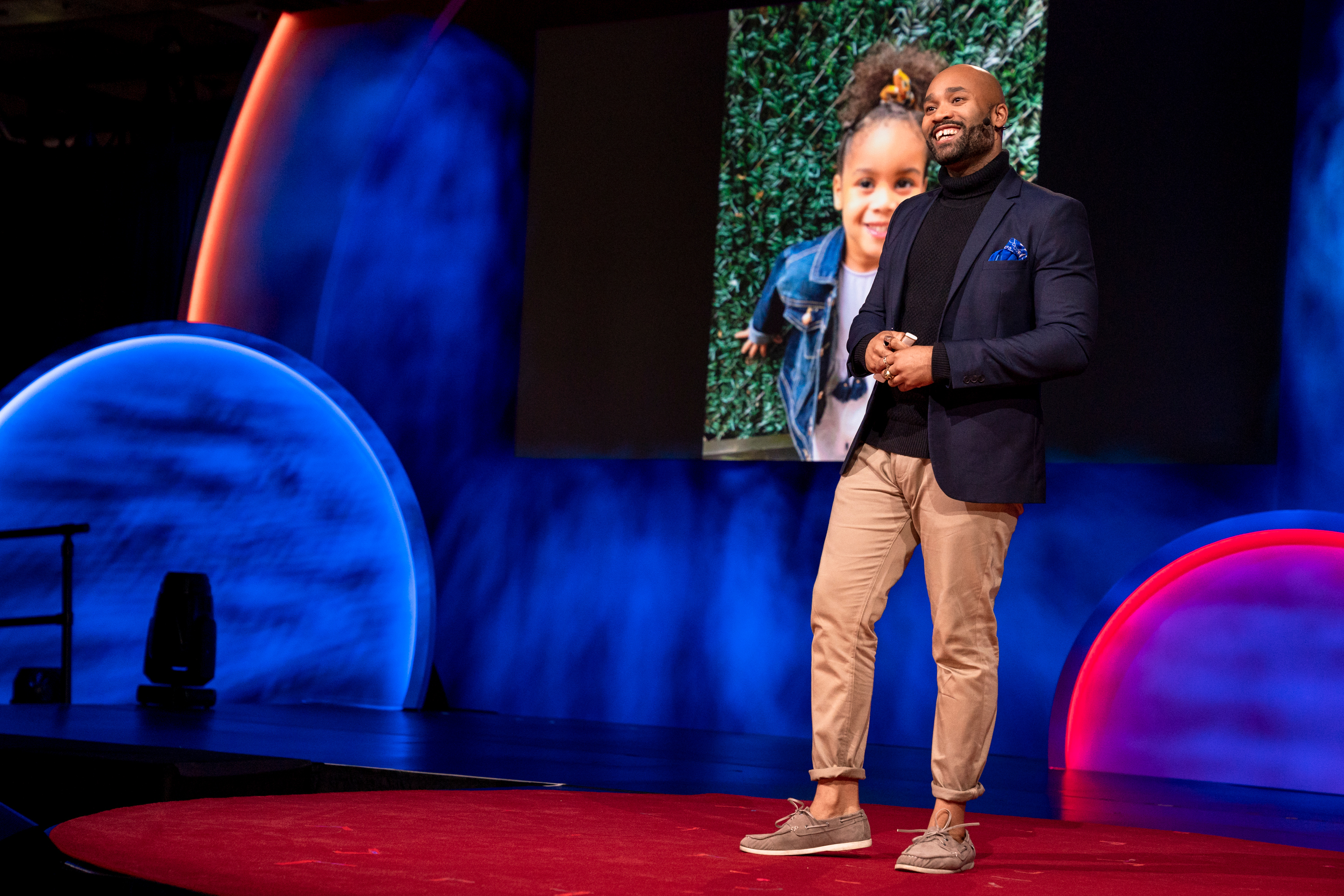 Big idea: Parenting inevitably involves sacrifice, but those burdens should be shared. Co-parenting challenges partners to ask: How can I show up for you in a way that benefits our family?

How?  “Co-parenting” might sound like a buzzword invented by well-to-do families and modern sitcoms, says Joel Leon, but it actually refers to a parenting style that challenges fathers and mothers to show up for each other in a world that often assumes fathers to be absent. Connecting his participation as a co-parent to his own experiences as a child — when his mother was the sole source of love, warmth and shelter in his life — Leon asks parents to reject the stigmas associated with fatherhood and the stereotypes of motherhood. Create space for compassion and communication in the home, he says: being a parent is an opportunity, not a responsibility.

Quote of the talk: “It is work, beautifully hard work, dismantling the systems that would have us believe a women’s role is in the kitchen tending to all things domestic, while the hapless dad fumbles over himself whenever he has to spend a weekend alone with the kids. It is work that needs to happen. Now.”

“It shouldn’t be an act of feminism to know how your body works,” says gynecologist Jen Gunter. She discusses “menstrual shame” at TEDWomen 2019: Bold + Brilliant on December 5, 2019, in Palm Springs, California. (Photo: Marla Aufmuth / TED)

Big idea: Menstruation has historically been a topic connected with shame, used as a tool of repression against women — but knowledge about the female body is the key to ending “menstrual shame.”

How? For centuries, women and girls have been told that their menstrual pain isn’t real, that their bodies when bleeding are gross (or dangerous, or even evil) and they shouldn’t talk about their periods. These messages silence women, causing a lack of information that perpetuates profound shame in many societies, says Jen Gunter. She explains how not knowing what is happening to our bodies is disempowering — and gives a quick lesson on the internal processes of the uterus, from ovulation to menstruation. When we know how our bodies work, we can end the menstrual taboo, and when we know what kind of pain is typical, we can begin addressing it.

Big idea: Women are twice as likely as men to be diagnosed with Alzheimer’s disease, and we need to pay closer attention to the connection between hormones, menopause and brain health.

Why? While there is no such thing as a “gendered brain,” our hormones are actually more closely connected to our brain health than we might realize. In her work, Lisa Mosconi has noted that many of the symptoms we associate with menopause — hot flashes, night sweats, memory lapses, anxiety — are neurological symptoms. They start in the brain because of its relationship with estrogen, the hormone that decreases when women go through the menopause. Estrogen plays a vital role in energy production, giving our brain the fuel it needs. Once estrogen levels decline, our neurons slow and begin to age faster. This puts women at a higher risk of developing the brain plaques associated with Alzheimer’s. While this research is still in its early stages, Mosconi notes, it suggests that women’s brains in mid-life are more sensitive to hormonal aging than to aging itself. If we break the taboos around speaking about menopause, we can do more for women’s health — and women’s brain health in particular.

Quote of the talk: “So many women are worried that they might be losing their minds, but the truth is that your brain is going through a transition, and it needs time and support.” 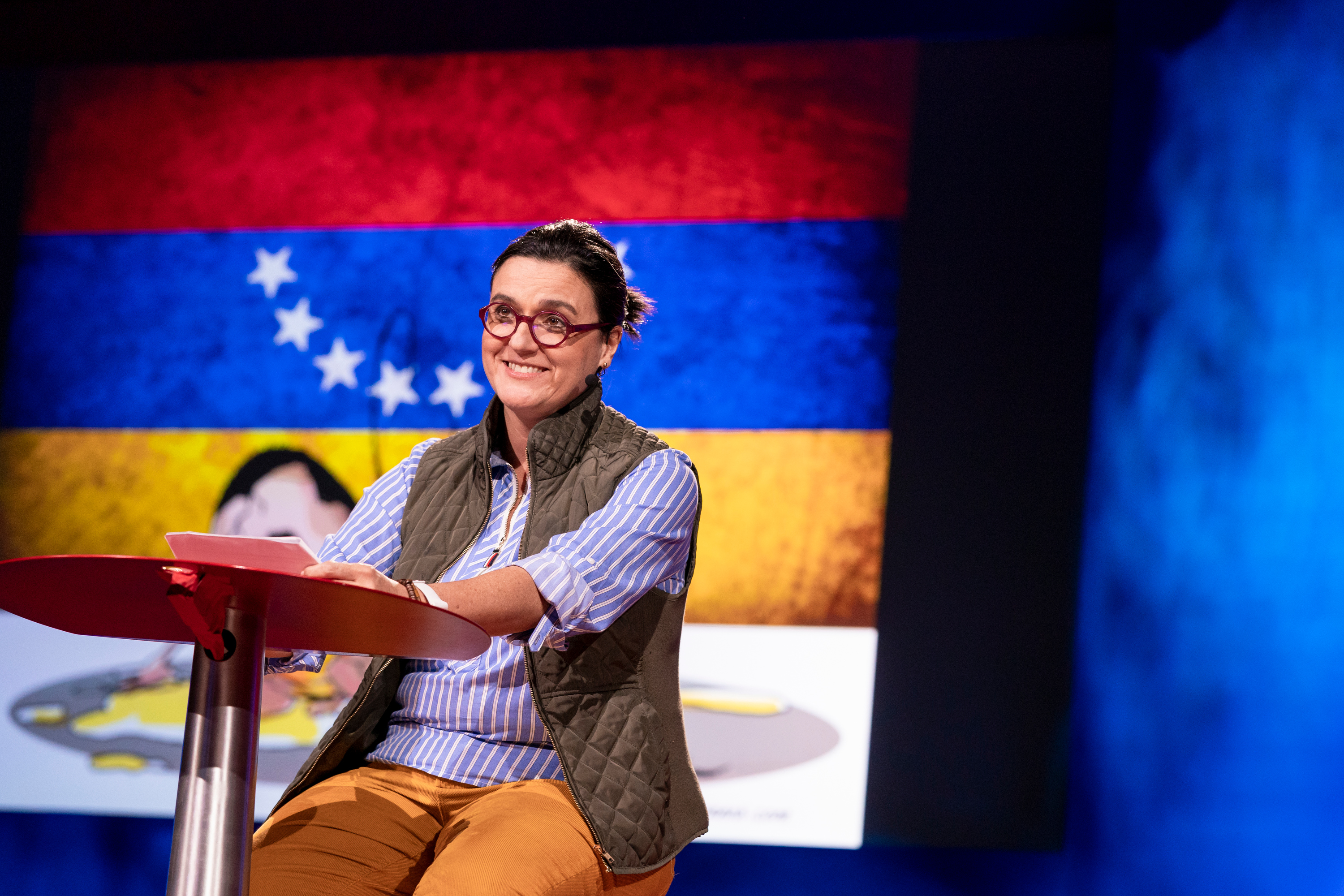 Big Idea: Political cartoonists are vital to a healthy and free society. As the right to free speech faces rising threats, we need to ensure that cartoonists have the freedom to express their ideas.

Why? In 2014, Rayma Suprani submitted a cartoon to her editor at El Universal, a major Venezuelan newspaper, that criticized the health care system. The next day, she was fired. Many suspect the government was involved, and the subsequent threats she received were so terrifying she eventually left the country. Political cartoonists provide an important perspective in society, says Suprani, translating complex social and political issues into a single image. They introduce new ways of looking at the world and government, sparking discussion and raising awareness. When cartoonists aren’t able to express their ideas without fear of backlash, we lose an essential voice in the political and cultural dialogue. By ensuring cartoonists can freely share their ideas and criticisms, we can better speak truth to power and cultivate a more free world.

Quote of the talk: “A drawing can be a synthesis of a place: a universe, a country or a society. It can also represent the inner workings of someone’s mind. For me, drawing cartoons is a form of resistance.”