Dan Visconti is updating the image of the classical composer — from lone, fusty genius to dynamic community leader who creates music as a tool for social engagement. Whether he’s telling the stories of Cleveland’s refugee communities or composing a piece for the Mississippi State Prison, Visconti makes concert experiences that invite people to participate. Classically trained, but with a love of American […]

By Asha de Vos, with photos by Jon Lowenstein Monterey Bay is a marine biologist’s dream. It is arguably one of the most dynamic coastlines in the world and, for someone from the tropics like me, it opens up a whole new world for learning and adventure. In recent months, Monterey Bay — located along […]

Why I document the often violent and traumatic daily lives of others: Fellows Friday with photographer Jon Lowenstein

Social violence in Guatemala, Mexican and Central American migrant communities in the United States, the aftermath of the Haiti earthquake, children with cerebral malaria in Uganda — for the past decade, photographer Jon Lowenstein has been documenting the often violent and traumatic daily lives of individuals and communities living at the edges of society, both […]

The moon’s path is full of thorns: Fellows Friday with Johnson Urama

Nigerian astronomer Johnson Urama wants to promote the future of astronomy in Africa by looking deep into history. With his African Cultural Astronomy Project, he is gathering the lost ancient astronomical traditions and stories of indigenous Africa, hoping to show modern Africans that the science of the skies is relevant to their past, present and future. […]

Imagine 20-foot-tall shadows — animated by live performers — that pop out right next to you. TED Fellow Christine Marie creates an immersive, experimental theater of shadows that layers textured, colored light into wordless storytelling. But while her productions involve 3D stereoscopic effects and feel amazingly cinematic, it’s all done without the aid of computers or projectors. […]

For four years, artist Naomi Natale’s social art practice, the One Million Bones project, has used education, hands-on artmaking and public art installation to raise awareness of ongoing genocide and mass atrocities. On June 8, Naomi and the One Million Bones team will be joined by thousands of volunteers to lay down the one million […] 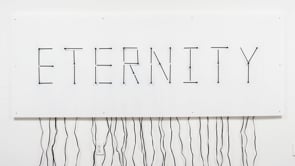 How soon is now?: Fellows Friday with Alicia Eggert

Conceptual artist Alicia Eggert uses words as found objects in her sculptural art — a body of work that serves as an ongoing investigation of time. Here, she tells us about taking her neon piece “You are (on) an island” to various locations in the world, shares how childhood experiences in South Africa sparked her […]

Native American photographer Camille Seaman devotes years to her subjects, revealing the unfolding of reality over time. For the last decade, she has traveled repeatedly to the Arctic and Antarctic to take portraits of polar ice, witnessing the beauty and loss of a part of Earth most of us will never see. How do your […]

By Africa, for Africa: Fellows Friday with Jon Gosier

Tech and social entrepreneur Jon Gosier launched the Apps4Africa competition in 2009 to reward and jumpstart African innovators and entrepreneurs. As the competition enters its third year, Jon is finding ways to help provide long-term, holistic support for winners, helping to scale sustainable businesses across nations and the continent. Tell us a bit about yourself […]

Political economist, author and educator Sophal Ear’s family escaped from the Killing Fields, a story he related in a moving 2009 TEDTalk. Now, driven to give back to Cambodia, he examines the detrimental effects of foreign aid dependence in his new book, Aid Dependence in Cambodia: How Foreign Assistance Undermines Democracy. Tell us about how […]

Beirut, I love you: Fellows Friday with Zena el Khalil

With her outrageously pink and glittery mixed-media installation pieces and paintings, artist, writer and activist Zena el Khalil takes aim at violence, injustice, and gender and religious stereotypes. Her weapons of choice: pop culture, humor and love. You express yourself through nearly every artistic medium – painting, performance, writing, film. What drives you to make […]

Clusters of fabric blossoms wave in response to movement, delicately laser-cut wood panels expand and contract in moisture or heat. Elaine Ng Yan Ling‘s textile and furnishing designs weave the magical movements of nature with manmade technologies, creating functional art that harmonizes urban spaces with the elements. How would you describe your design principle of […]

Sonaar Luthra (watch his TED Talk) is packing water-safety analysis and mobile networking into the Water Canary — a handheld, open-source, and easy-to-use gadget accessible to all — hoping to save lives and gather information that will improve global water health. You have a background as a writer, educator and journalist. How did you end […]

Andriankoto Ratozamanana is reforesting his native Madagascar with endemic species, helping people produce essential oils and other sustainable products. A long-time ex-pat in France blogging about the beauties of his homeland, Andriankoto was so inspired by TEDAfrica 2007 that a month later he packed his bags and moved home. He’s now growing a group of […]