The old and tired stereotype: a 20-something man sits on the couch in his parent’s basement, his shirt untucked and chin unshaven, as he excitedly pounds the buttons on a video game controller rather than getting a job. The obvious truth: video game enthusiasts are men and women, of all ages, and the grand majority […]

Gamers, unite! Today, July 8, is officially known as Video Games Day. Whether you lose hours to your Xbox or stay glued to your smart phone to play, today is dedicated to all those games that rile you up and drive you crazy. These days, the most riveting video games use motion sensors, animation and […]

Paola Antonelli is senior curator of architecture and design at the Museum of Modern Art in New York. But despite her nearly 20-year tenure at the museum, Antonelli remains resolutely disinterested in relying on the known or the obviously popular. She is always keen to challenge preconceptions of design’s role in everyday life, even as […] 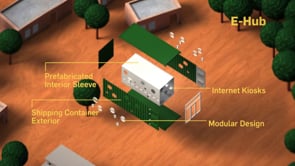 Libraries are generally where you go to check out books; not where you go if you want to write one. This is an old assumption that Librii — a concept for a community-based, digitally-enhanced series of libraries in the developing world — would like to flip on its head. TED speaker Jane McGonigal has given […]

The journey is its own reward: Fellows Friday with Kellee Santiago

In recent months, That Game Company’s downloadable PS3 game Journey has swept up an armload of awards — the Game Developers Choice Award for Game of the Year and BAFTA Video Game Award for Best Game Design, to name just two — not to mention a Grammy nomination for Best Original Soundtrack. Company co-founder and TED Fellow […]

Finding the meaning in video games: Yes, they have value beyond entertainment and self-improvement

By Andy Robertson New art forms are polarizing. We love or hate Damien Hirst’s formaldehyde animals or Tracey Emin’s unmade bed but roundly understand that avant garde art has value, the artist trying to challenge us and make us think something. Video games draw similar fire. Detractors hem and haw that they’re all about shooting […]

Ever wanted to fly like a bird? The 3D video game AERO not only gives you a chance to see what it’s like to flap your wings and take off — it also teaches the principles of physics at the same time. In the game, which was developed with the help of TED-Ed speaker Bill […]

7 talks on the benefits of gaming

[ted id=1618] This weekend, hundreds of video games enthusiasts lined up in the cold, waiting 12 hours-plus to be the first to get their hands on Nintendo’s new console, the Wii U. And when the game Call of Duty: Black Ops was released in 2010, gamers around the world played it for more than 600 million […]

10 online games … with a social purpose

Game designer Jane McGonigal firmly believes that video games are not just about mashing buttons and getting to the next level. In fact, during her talk at TEDGlobal 2012, McGonigal gave several surprising statistics: that online gaming can be more effective than pharmaceuticals in treating clinical depression and that just 30 minutes a day is […]

Q&A with Brenda Laurel: We "brought girls roaring into the online game space"

Brenda Laurel spoke at TED in early 1998 — at a watershed moment. In 1997, she launched Purple Moon to make smart computer games aimed at girls. By 1999, the company had come to a much-publicized end. But between start and finish, Purple Moon marked a sea change in the girl-game market. The TED Blog […]