Step inside the n:ow machine at TED2019 for a micro-meditative experience during the conference hustle. The dome is presented by DuPont at TED2019: Bigger Than Us, April 15–19, 2019, Vancouver, BC, Canada. Photo: Dian Lofton / TED

So the n:ow machine from DuPont beckoned to me like an oasis amid the busyness of TED2019, where it’s hard to find time to sit still, let alone meditate. Its tantalizing promise: Step inside this igloo-sized dome for 3 minutes and 14 seconds for a “4-D transformative meditative experience,” as Erica Jensen put it. Jensen is the director of tactile operations — an awe-inspiring job title befitting the n:ow machine — at R/GA, the ad agency that collaborated with DuPont to create the exhibit especially for this year’s TED conference in Vancouver.

Inside the dome are three recliners, each carefully positioned so that you’re facing the ceiling and not the other participants — it was like being in a mini-planetarium. The film started at what Jensen says is “the microbial level,” but the visuals reminded me more of the pulsing, orange-y-ness you see when you close your eyes against the sun.

Suddenly, I found myself in the ocean among hypnotically waving fronds of seaweed. From there, I traveled up to a city with skyscrapers and streets and cars (even an ice cream truck!) and ascended up into the sky until I reached something that looked like the International Space Station.

Haptics made my chair subtly vibrate. A soothing soundtrack played while a hushed woman’s voice — she sounds like she does voiceovers for commercials for cruises or bath products — said things like, “We’re about to travel vast distances to the most important place on earth. It’s not a location but a time: now.”

When I spoke to Jensen afterwards, she told me the settings in the short film were chosen to highlight parts of DuPont’s varied portfolio: the sea interlude showcased its sustainable seaweed program (the company is one of the world’s largest buyers of seaweed for its hydrocolloids, or gels); the city, its autonomous electric vehicle efforts, as well as its creation of emulsifiers and stabilizers that better preserve ice cream (who knew?); and the space station uses its tough, heat-resistant material Kevlar. In keeping with the overall theme of the machine, Jensen says, “These innovations and inventions are happening now; they’re not in the future.”

After TED2019, the n:ow machine will go on the road to other TED events, the DuPont office in Shanghai, and other locations, so as many people as possible can enjoy it. And while sitting in the n:ow machine wasn’t the same as meditation, it provided me with a shot of badly needed calm. 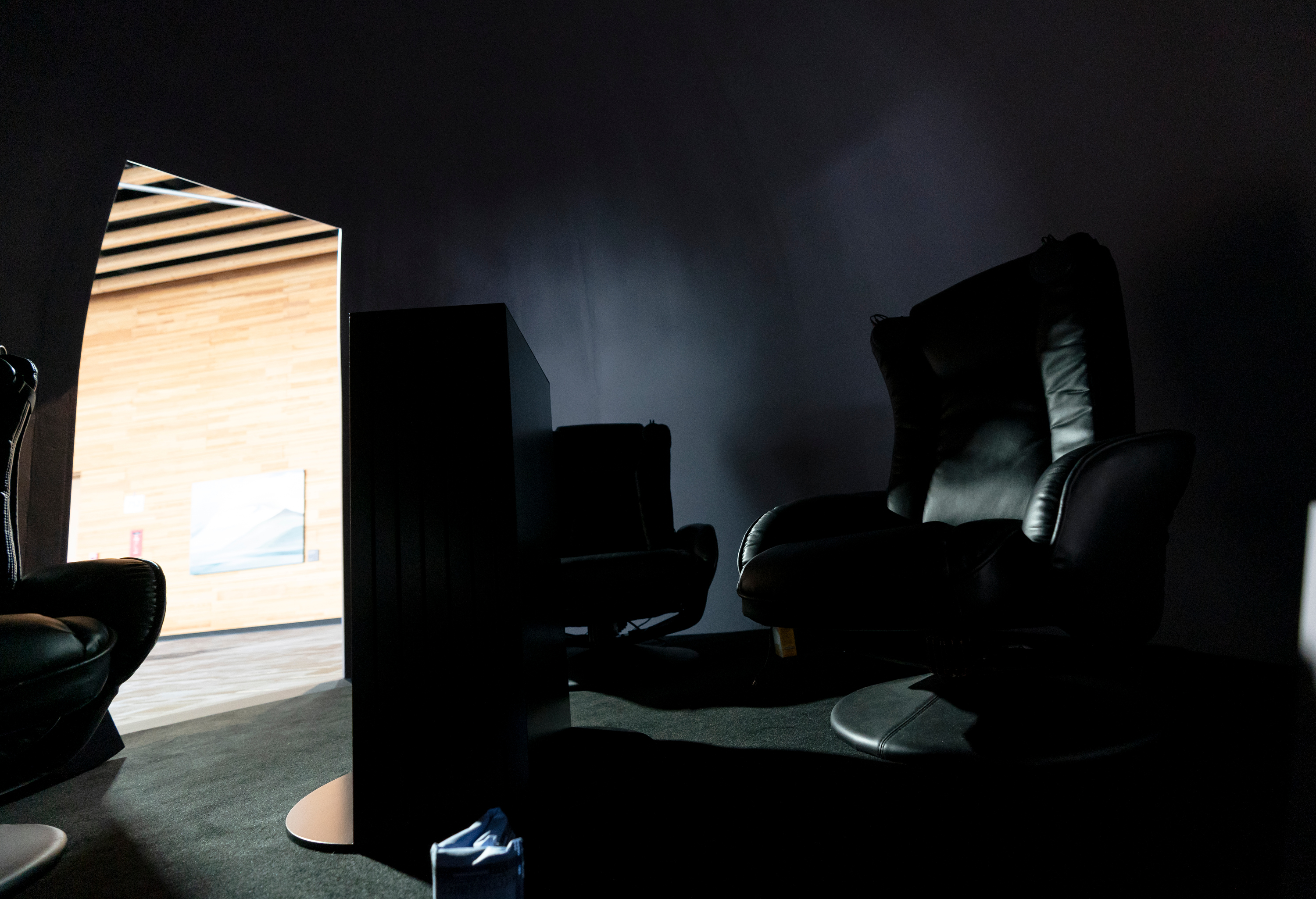 Is this the calmest place at TED2019 right now? Inside the n:ow machine, sponsored by DuPont, at TED2019: Bigger Than Us in Vancouver, BC, Canada. Photo: Dian Lofton / TED