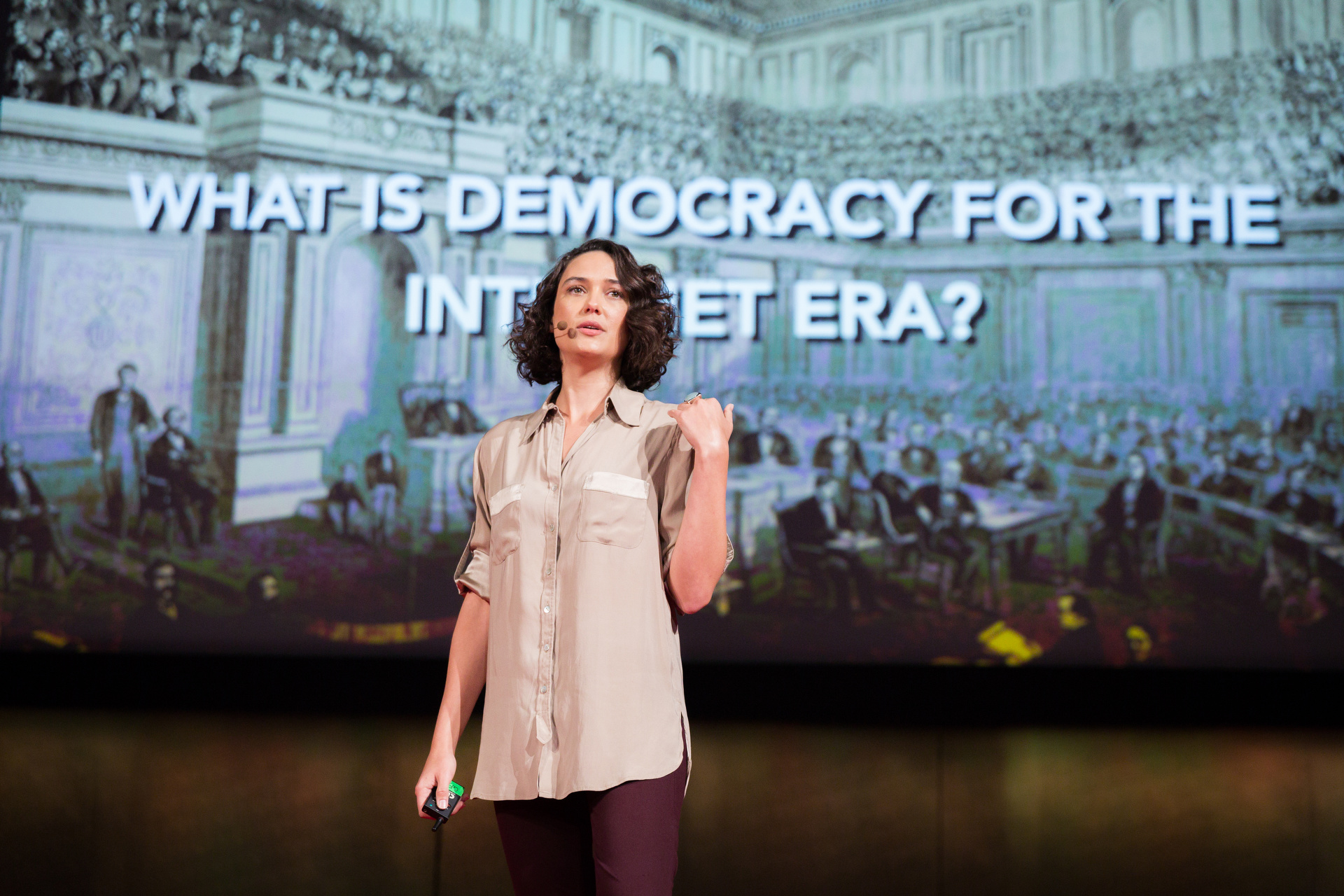 Technology fuels social movements and opens up opportunities for political change. But at the same time, technology can radically compromise our privacy. In Session 2, speakers explore both potentials, with surprising conclusions. Below, recaps of the talks in this session.

In 2011, a single email launched a worldwide movement against wealth inequality. Yet three years on, Occupy hasn’t delivered on its utopian promises. Why? Techno-sociologist Zeynep Tufekci suggests, “The way technology empowers social movements can paradoxically weaken them.” Indeed, the speed at which platforms like Twitter can galvanize people might actually be preventing something key to real social change: hard, slow work, together. For modern movements to make progress, says Tufecki, slow and sustained work is also necessary to help participants “to think together, create consensus, innovate, and to keep going together through differences.” (Read a long recap of this talk.)

“If the Internet is the new printing press, then what is democracy for the Internet era?” asks Argentinian activist Pia Mancini. Without an answer, Mancini and her friends tried to create one, DemocracyOS.org. This open-source web application was designed to become a bridge between citizens. Through the app, every bill introduced in Congress gets immediately translated in plain language. Taking an even bigger leap of faith, she and her friends ran in elections last year, with the promise that they’d vote according to the decision of DemocracyOS users. They didn’t win, but they gained clout. And next month, Congress will be using DemocracyOS to discuss three pieces of legislation with citizens. Says Mancini, “It was our way of hacking the political system.”

Up next: activist Alessandra Orofino, who is creating new systems for political mobilization in Rio de Janeiro and around the world. She sees a unique opportunity to address global problems in the world’s cities, and she wants us to rethink global problems as city problems. Take global climate change for example: cities are the site of 75% of global energy consumption and 80% of gas emissions. So urban citizens need to get involved and push for changes. “We need a participation revolution and we need it fast,” Orofino says. To engage citizens, cities need to change their decision-making processes. Voting as the only exercise of citizenship doesn’t make sense any more. “Every time we try to exercise our power outside of an electoral context, we are beaten up, humiliated or arrested. This needs to change.” But there is good news, she says: we don’t need to wait for our governments to do this — citizens can build their own structures of participation. That’s why Orofino co-founded Meu Rio, which empowers Cariocas to organize around causes and places that they care about in their own city. Since its launch, people from around Rio de Janeiro have found a place to create recycling programs in their favelas, protest the demolition of their schools and fight for a new police unit specializing in missing people cases. 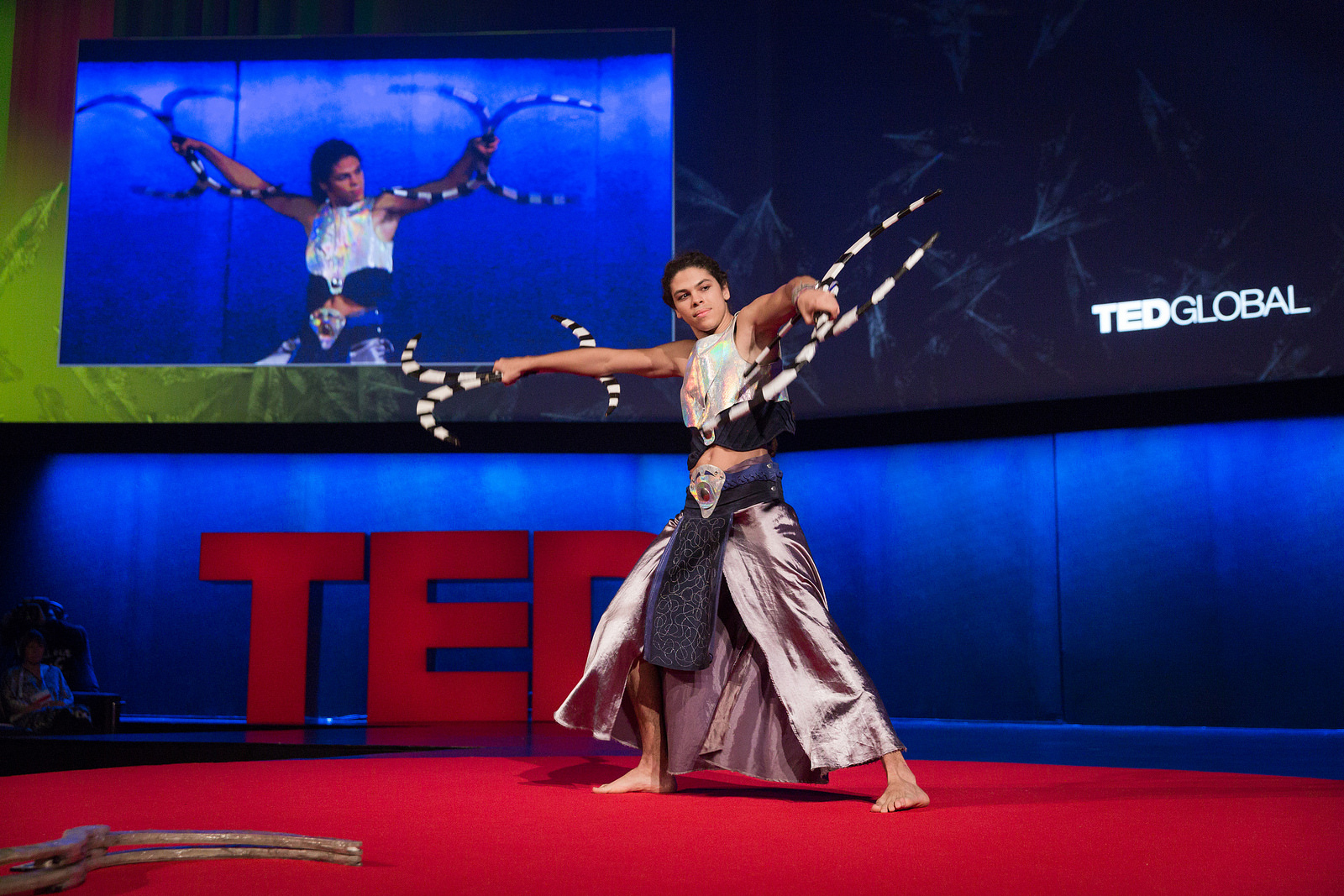 Gustavo Ollitta is a young circus performer, and the master of the buugeng—an s-curved juggling staff, striped like a shark-deterrent wetsuit, that get twirled like a psychedelic baton. As Ollitta spins the buugeng, it at first appears like a butterfly flapping its wings, then like a flower blooming at hyper-speed. It’s a moment of beauty and flow. Which you can check out in this video.

Glenn Greenwald is the journalist who has done the most to expose and explain the Edward Snowden files. The work of his past several years incolves protecting our privacy — which runs him up against a common counter-argument: “If you need privacy, maybe you shouldn’t be doing what you want to keep secret.” In a blistering 18 minutes, Greenwald takes apart this simplistic view, showing that we all need privacy — not to protect evil-doers, but to protect our private lives, our freedom to act naturally — not as if we’re under a 1984-style panopticon. Because being watched changes how we behave and who we are. (Read a long recap of this talk.)

The emails you send aren’t like letters, warns Andy Yen. No, they are more like postcards—everyone who helps in delivering them can read the entirety of what’s said. This isn’t disconcerting when you think about a single email—but consider a year’s worth of them, or even a lifetime’s. “This data collectively tells us where we’ve been, who we’ve met, even what we’re thinking about,” he says. “Your data can and will outlive you.” This is why Yen — who works at CERN, which brought us the World Wide Web 25 years ago — is developing ProtonMail. This email service makes encryption easy to use. It gives each user has a private key and a public key, so that messages are encrypted on your computer, and aren’t unlocked until they are received by the person you sent them to. ProtonMail is growing quickly, but Yen points out that it is just a first step. “If we want privacy online, we have to go out and get it ourselves,” says Yen. “We need a different business model for the internet — one that doesn’t rely on advertising for revenue.” 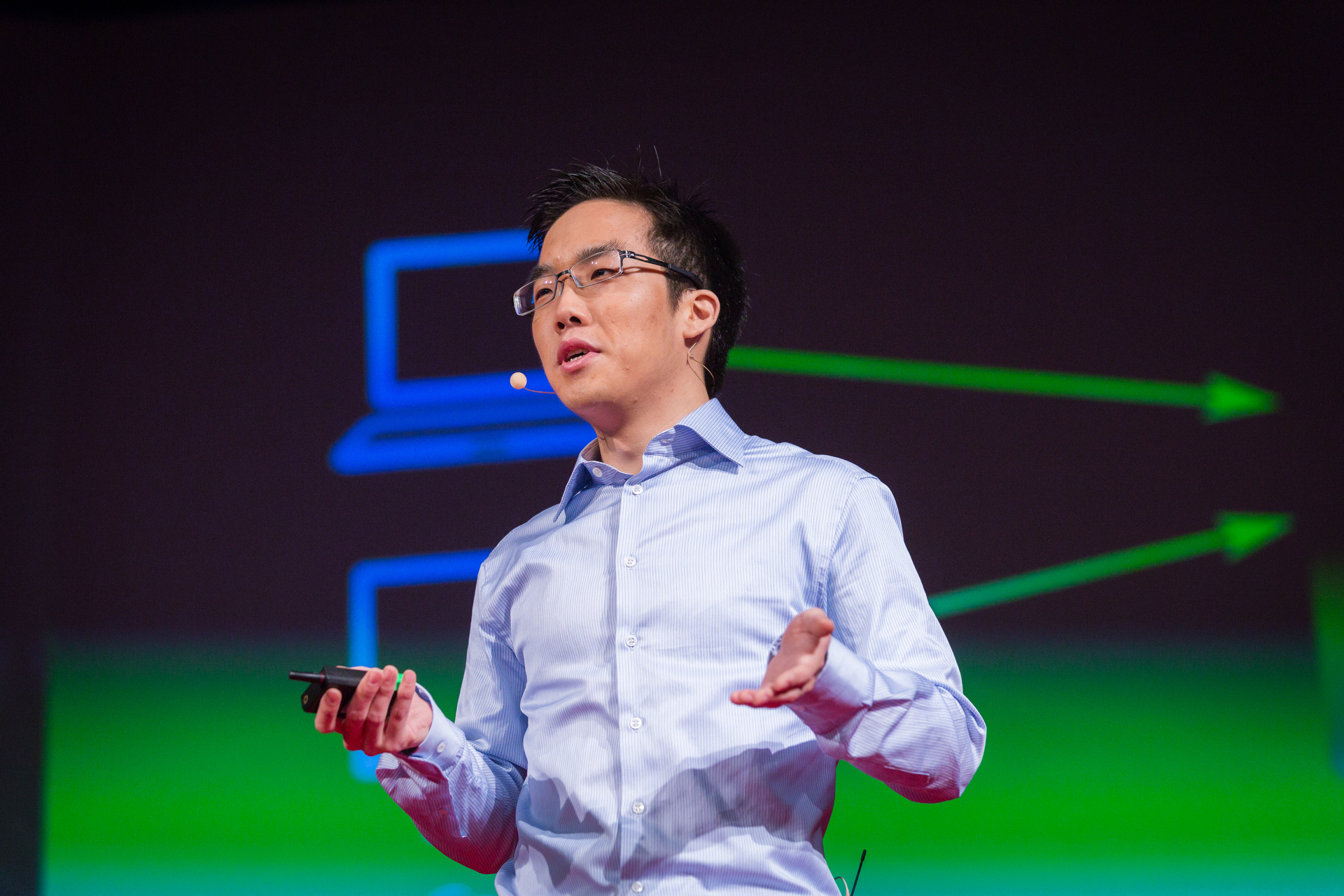