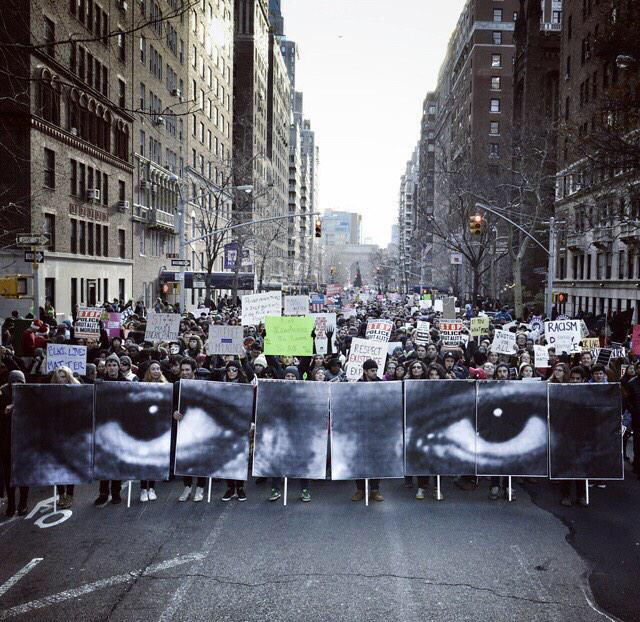 TEDsters have been busy, as always, during the last two weeks. Below, just a few of the members of our global community with news to share.

It’s about time for overtime. Many Americans do get paid for the hours of overtime they put in at work. Nick Hanauer, the self-proclaimed 0.01 percent-er, writes a piece for PBS Newshour about how this lack of overtime pay is severely hindering progress for the American middle class. (Watch Nick’s TED Talk, “Beware, fellow plutocrats, the pitchforks are coming.”)

Eric Garner’s haunting eyes. On Saturday, citizens marched through the streets of New York City and Washington, D.C., calling attention to the issue of police brutality after grand juries opted not to indict the officers who killed Michael Brown and Eric Garner. Protestors on the front lines in New York held up a chilling banner — created by none other than TED Prize winner JR — of Eric Garner’s eyes. “Today we march,” JR wrote on Instagram, adding the image above to the hashtag #MillionsMarchNYC. (Watch JR’s talk on how art can turn the world inside out.)

Comic books to combat terror. The New York Times has profiled TED Fellow Suleiman Bakhit, whose comic books are designed to invert terrorist ideologies. In the piece, Bakhit explains how terrorist organizations play on hero myths, a la Joseph Campbell. “What’s interesting is that Bin Laden emulated that journey to the letter,” he says. “This is the same message—the heroic message—that they push to all the terrorists in Western Europe who go join ISIS.” (Read about Suleiman’s work.)

Communities can help too. Lately, the news is full of reports of growing Islamic extremism. What’s not covered, according to Karima Bennoune: how communities of Muslims are standing up for peace worldwide. This is the topic of her book, Your Fatwa Does Not Apply Here, which has a new edition with a new afterword out this week. (Watch Karina’s TED Talk, “When people of Muslim heritage challenge fundamentalism.”)

And the faux news take on fundamentalism. Meanwhile, The Onion has released a hilarious piece of satire—a TED Talk from a terrorist. “We find ourselves in an ever-evolving, globally connected community that is confronted with numerous societal and economic obstacles every day,” he says. “The question is, and it’s a difficult one, how can we, as terrorist cells, overcome these roadblocks while staying true to our vision?” (Check out more TED spoofs.)

Why Google will never replace the magician. David Blaine writes a piece for The Economist, reassuring us us that—even in an age where the secrets behind magic tricks can be Googled in seconds—the craft of the magician will endure. At the end of the day, he says, it all comes down to engaging an audience on a deep emotional and psychological level. (Watch David’s TED Talk “How I held my breath for 17 minutes”)

A flight over Dubai. Daredevil Yves Rossy has released a new video, that shows him and pal Veres Zoltán zipping over Dubai in looping, twisting corkscrew formations.

How TED really works. Zeynep Tufekci, who spoke at TEDGlobal this years, turns to out-of-fashion sociologist Émile Durkheim for an explanation for what makes speaking at TED so powerful: the fact that we have a team of specialists working hard to make each and every talk a success. She writes on Medium, “Behind the curtain was no single wizard, but a large team.” (Read about her talk.)

Ask an online security expert. Mikko Hypponen sat down for a Reddit AMA the week before last. Among the questions he answered: “Which of the many viruses/malwares you analysed was the most sophisticated?” And “Is Google doing a good job?” (Watch Mikko’s latest TED Talk, “How the NSA betrayed the world’s trust—time to act.”)

Yes, pilgrimages are still a thing. Bruce Feiler has a new series on PBS which premieres on Tuesday, December 16. Called “Sacred Journeys,” it brings viewers along as Americans of different faiths travel to the places that are most meaningful to their faith. The series begins with a group of wounded veterans on a trek to the Catholic shrine of Lourdes in France to ask for healing. (Watch Bruce’s talk, “Agile programming—for your family.”)

From the 16th century to the present. Rare book scholar William Noel held an unusual event last week at the University of Pennsylvania. At this transcribathon, attendees got a lesson in the art of transcribing English manuscripts from the sixteenth and seventeenth centuries. (Watch Will’s TED Talk, “The lost codex of Archimedes.”)

A maximum security TEDx. A New York Times was on hand for TEDxSingSing on December 3rd, and reporter noted that education was an underlying theme of the day. “I left junior high school knowing how to carry a razor in my mouth, spit it out and catch it,” host Jermaine Archer is quoted as saying. “[But] I’m leaving [Sing Sing] with a master’s.” Another special moment in the day: when rapper Ice-T arrived to speak. (Read about the growth of TEDx events in prisons.) 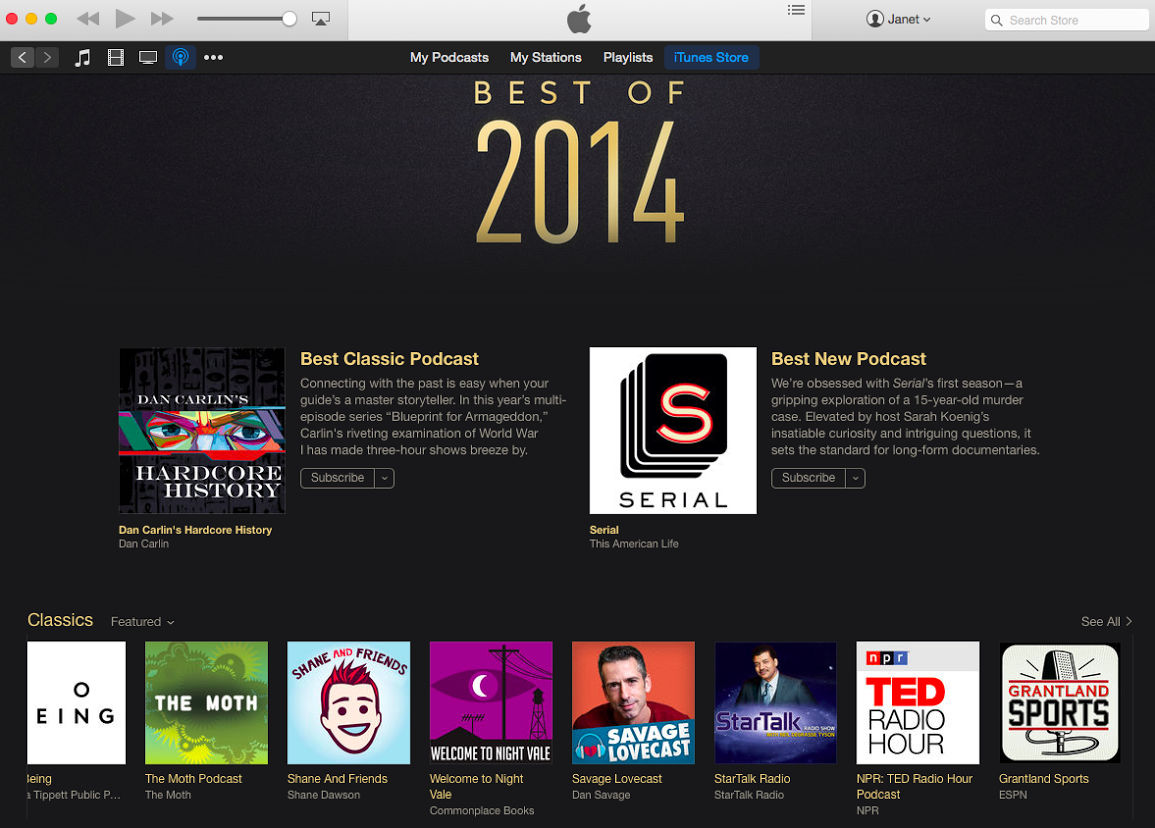