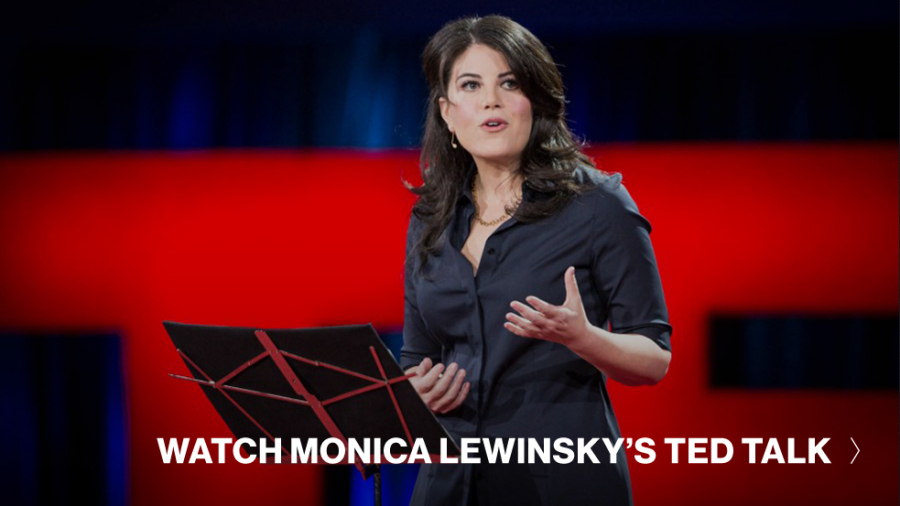 There’s a lot of news to share from the TEDizens of the world in the past month. Just a few highlights:

Monica Lewinsky inspires Caitlyn Jenner. As Caitlyn Jenner introduces herself to the world, and navigates the media frenzy surrounding her new life, she has Monica Lewinsky’s TED Talk in the back of her mind. In Vanity Fair’s much-discussed profile of Jenner, journalist Buzz Bissinger wrote, “[Caitlyn] had listened to Monica Lewinsky’s powerful TED Talk on what it is like to be the ceaseless target of cyber-ridicule. The talk had struck a chord because of the similarities with how she had been dealt with on the Internet. She had in front of her five pages of notes. It dawned on me that she was going to give her version of a TED Talk to an audience of one: me.” (Watch Monica’s talk, “The price of shame.”)

Stephen Colbert’s “new friend.” Stephen Colbert revealed the name of his new bandleader for the Late Show last week: Jon Batiste, who played TEDGlobal 2012. Batiste grew up playing music with his family in New Orleans, was trained at Juilliard and now fronts the band Jon Batiste and Stay Human.

The quest for another earth. If humanity destroys the Earth, could we find another planetary home? Last week, Sara Seager told Mother Jones that finding an exoplanet to live on is not as outlandish as it might sound. “I believe that there’s definitely a ‘planet B’ out there somewhere, we just have to find it,” she says in a video. “Right now, myself and others around the world are building the next generation of telescopes so that we’ll have the capability of finding and identifying another Earth.” Seager and her team have already identified some potentially habitable planets, including Kepler 186f and HD 40307g. (Watch Sara’s TED Talk, “The search for planets beyond our solar system.”)

Manu Prakash’s water-drop computer. At Stanford, Manu Prakash and his students have built a simple computer that operates using the physics of water droplets. The demo video below is hypnotic. (Watch Manu’s TED Talk, “A 50-cent microscope.”)

The secret world of FBI terrorism informants. “On an otherwise ordinary night in May 2011, Robert Childs realized his friend, Abu Khalid Abdul-Latif, might be on the verge of becoming a terrorist.” So begins a thrilling piece from TED Fellow Trevor Aaronson in the May/June issue of Foreign Policy. The story follows how Childs became an unexpected FBI counterterrorism informant, and shines a light on the sketchy ethics behind some the agency’s terrorism arrests. (Watch Trevor’s recently released talk, “This FBI strategy is actually creating US-based terrorists.”)

A segregated prom, a deep racial divide. Southern Rites — a documentary exec-produced by John Legend that looks at race relations in two neighboring Georgia towns — premiered last month on HBO. The idea for the documentary was to tell the story of Montgomery County High School’s first integrated prom, but when a 22-year-old black man was killed leaving the house of his white paramour, the scope of the film widened. Legend did an interesting Q&A with New Republic about the film and stopped by The Daily Show with Jon Stewart to talk about why the national conversation on racism is so vital. “We don’t want to talk about racism all the time,” he told Stewart. “If it weren’t here, if we didn’t have to deal with it every day, we would love for it not to be a subject of conversation. We’d love to just live our lives in equality and justice for all.” (Watch John’s TED performance, “True Colors.”)

A new vision of architecture. The American Institute of Architects released a short documentary about Chris Downey, an architect who lost his sight during surgery for a brain tumor in 2008. In the doc, Downey talks about how blindness has opened up his approach to architecture. “When I’m reading the floor plan of a building, my mind is actively thinking about all the materials, the composition, the warmth of the sun coming through the window,” he says. “All sorts of things that were always there, available to my mind. But in reading drawings with my eyes, I was more passive.” (Watch Chris’ TED Talk, “Design with the blind in mind.”)

A wakeup call on cybersecurity. Last month in The Washington Post, Vint Cerf and other architects of the Internet reflected on how — and why — it took years to make security a priority. In the early days, says Cerf, the focus was protecting the emerging system from outside intruders. “We didn’t focus on how you could wreck the system intentionally,” he said. “You could argue with hindsight that we should have, but getting this thing to work at all was nontrivial.” (Watch Vint’s TED Talk, “The interspecies internet? An idea in progress.”) 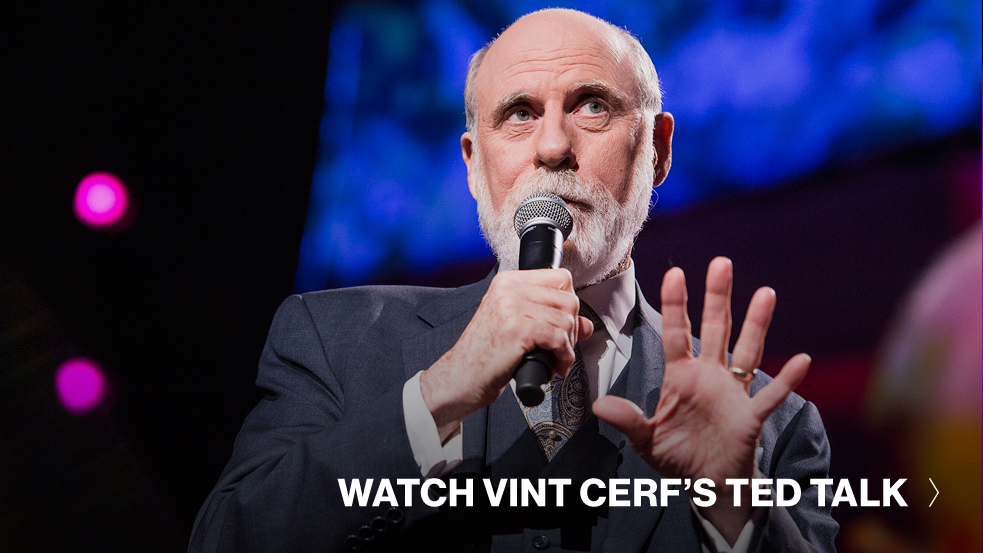 Art for social change. “The role of the artist is to provoke,” says TED Fellow Boniface Mwangi, who has been named among TIME magazine’s Next Generation Leaders. In a video, Mwangi talks about why PAWA254, a collective of artists, journalists and activists, stages bold public actions — like sending bloody pigs to parliament to protest corruption. “When Kenya got independence, our three battles were poverty, disease and ignorance,” Mwangi said. “If we don’t fight this fight and win it, fifty years from now when Kenya turns 100, my kids will be fighting poverty, disease and ignorance.” (Watch Boniface’s TED Talk, “The day I stood up alone.”)

How transparency changes faith. Last month, Dan Dennett released an expanded edition of Caught in the Pulpit: Leaving Belief Behind, his book about clergy members who no longer believe what they preach. In a Q&A with Religion Dispatches, picked up by Salon, Dennett predicts how the Internet age will affect religious institutions. “Religions have thrived in part because they were able to keep secrets. They were able to keep secrets about other religions from their parishioners, who were largely ignorant of what other people in the world believed, and also keep secrets about their own inner workings and their own histories, so that it was easy to have a sort of controlled message that went out to people,” he says. “Those days are over.” (Watch Dan’s TED Talk, “Let’s teach religion — all religion — in schools.”)

A flag waved for TED2015. Roman Mars reflected on his experience at TED2015 in the first few minutes of “The Nutshell Studies,” a May episode of his radio show, 99% Invisible. “There was a little bit of skepticism when I started the talk … you know, when everyone learned that it was really going to be about flag design,” he said. “[But] the talk totally won over the crowd and I got a standing ovation. It was a real highlight of my career.” (Watch Roman’s TED Talk, “Why city flags may be the worst-designed thing you’ve never noticed.”)