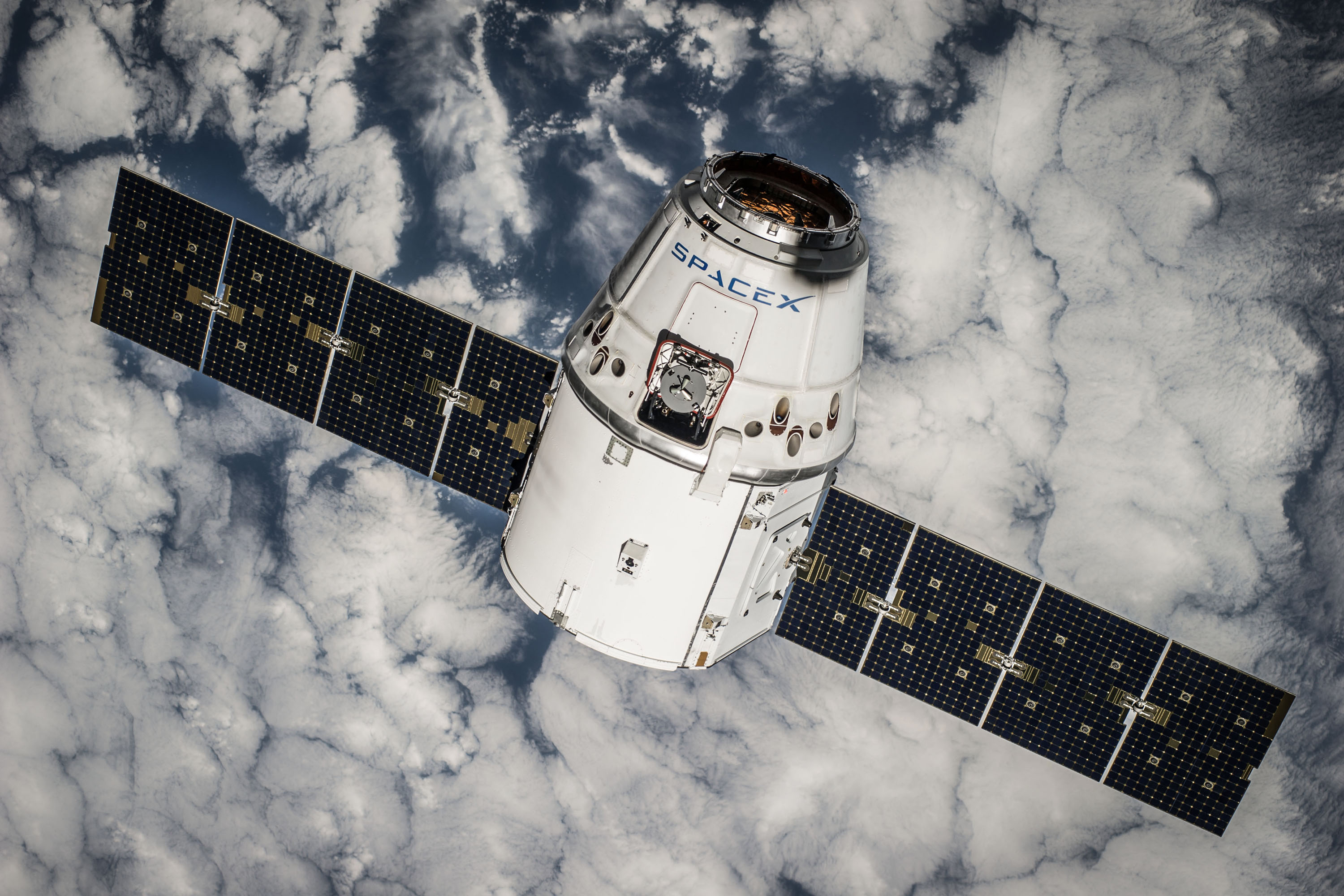 A SpaceX rocket in orbit. On Saturday, the company will launch a rocket that it will attempt to land on the way down. Photo: Courtesy of SpaceX

The TED community has been very busy in the start of this new year. Below, a few TEDsters with news to share.

Landing a rocket on a boat: simple enough. Putting a man on the moon and a rover on Mars are exceptional feats, but that’s in the past. Elon Musk is now attempting a goal that has not even a 50 percent chance of success. On Saturday, SpaceX is sending a 300×170-foot rocket to the International Space Station — something that’s been done before. But on the way down, they’ll attempt to land it on a floating barge in the Atlantic Ocean, according to Salon. Now that would be a big step for mankind. (Watch Elon’s conversation with our curator, “The mind behind Tesla, SpaceX, SolarCity.”)

Rocket made it to drone spaceport ship, but landed hard. Close, but no cigar this time. Bodes well for the future tho.

Solidarity with France. Maajid Nawaz spoke with CNN’s Anderson Cooper last night in the wake of the Charlie Hebdo shooting in Paris. He stressed the need for the Muslim community to show solidarity with the French after the attack. “The problem here are not provocative statements or mere cartoons, but the men and women who decide it’s their prerogative to pick up weapons and slaughter people in the name of god, as if god can’t look after himself,’” he says. (Watch Maajid’s TED Talk, “A global culture to fight extremism.”)

Life after TED. It’s a question upcoming speakers often want to know: how does life change after stepping off the TED or TEDx stage? The Washington Post asked Susan Colantuono and Susan Cain just that. More broadly, the piece explores what can happen when an idea lifts out of the lecture hall or journal, through a platform that can reach millions. One last question lingers, however: was the Post only interested in speakers named Susan? Further inquiry is required. (Watch Susan Colantuono’s talk, “The career advice you probably didn’t get,” and Susan Cain’s “The power of introverts.”).

Hermione would have a favorite TED Talk. Despite everything actress Emma Watson juggles, she apparently manages to sneak in some TED Talk-watching. According to Rookie Magazine, she has a favorite talk: Brené Brown’s “Listening to shame” about confronting the emotion head-on. Thank you for the shout-out, Emma! Can we get another in your first Oscar speech?

Drink up. Bill Gates wants to show the world the power of poo. More specifically, the power that purified sewage has to bring clean drinking water to the 2.5 million people worldwide who don’t have access to it. A recent article on The Verge explores how the Bill & Melinda Gates Foundation is investing in a machine that converts sewage into not only clean water, but also electricity and sterile ash for fertilizer. Your incentive to check out the piece: footage of Bill taking a big gulp of clean water that, half an hour before, was poo. (Watch Bill and Melinda’s TED Talk, “Why giving away our wealth has been the most satisfying thing we’ve done.”) 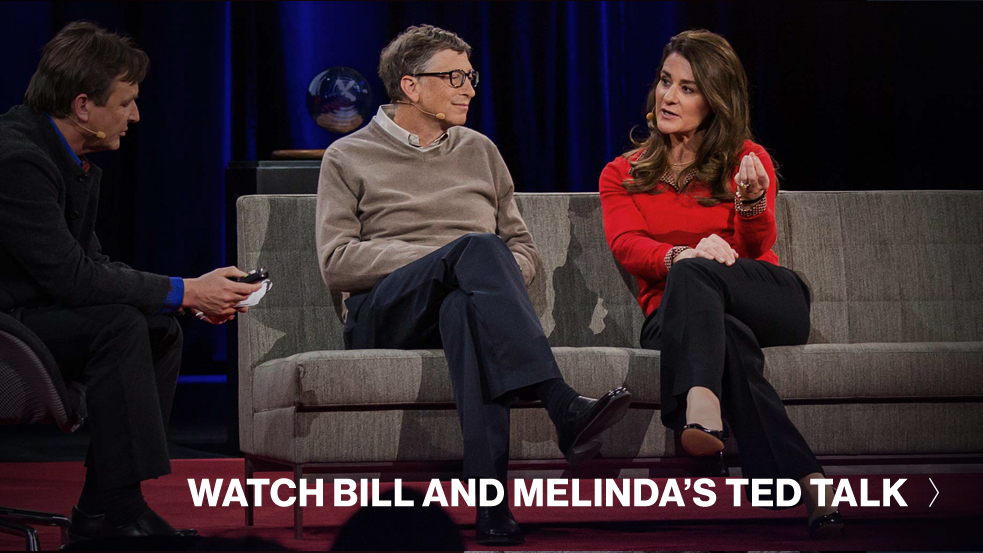 Art made of viruses. Speaking of the Gates Foundation, The New York Times reports that the organization is using art to encourage vaccinations. For “The Art of Saving a Life,” they’ve asked visual masters like Vik Muniz (watch his TED Talk, “Art with wire, sugar, chocolate and string”) and Sebastião Salgado (watch his talk, “The silent drama of photography”) — and even writers like Chimamanda Adichie (watch her talk, “The danger of a single story”) — to create work promoting vaccines.

Racking up views. Among all the high-tech, space-bound satellites at the PlanetLab headquarters, there is a ticker on the wall keeping a meticulous count. This is expected, of course, as numbers are important in engineering. But, this ticker keeps track of how many people have watched founder Will Marshall’s TED Talk. Data is data, after all. (Watch Will’s talk “Tiny satellites that show us the Earth as it changes.”)

The gatekeepers of language. Translators have a subtle yet potent power. They could use a myriad of words to express an idea, but they selectively craft and sculpt these possibilities into a single phrase to help others understand. In a recent blog post, TED translator Johanne Benoit talks about being inspired by Deb Roy’s talk on the data of language acquisition — and ended up creating a new word herself. (Watch Deb’s talk, “The birth of a word.”)

An app to help in Peshawar. In response to the recent massacre of schoolchildren in Peshawar, Pakistan, TED Fellow Faisal Chohan and his team created an app to help the recovery process. They partnered with local hospitals and emergency responders to collect potential blood donors locally to help the wounded survivors. “Everyone in Peshawar is directly affected,” he says. (Read more about the app.)

A whale of a crowdfunding campaign. TED Fellow Asha de Vos has launched a new campaign to fund an expedition to save Sri Lankan blue whales from ship collisions. This issue is especially pressing, as ship traffic has nearly quadrupled since the ‘90s. De Vos is crowdfunding through the new platform OpenExplorer — created by TED Fellow David Lang. If you contribute, your generosity will not go un-thanked. De Vos is providing incentive for a $500 donation: the chance to name and adopt a blue whale. How good would a picture of a little blue whale look on your mantle? (Watch Asha’s TED Talk, “Why you should care about whale poo.”)

Jamming with wolves. A concert in a wolf sanctuary? That’s out of the ordinary. But a concert in a wolf sanctuary exclusively for wolves with no human audience? TED Fellow Laurel Braitman recently organized a concert at Wolf Haven International in Washington State as part of a concert series for animals living in enclosures. The haven rescues wolves from animal collectors, roadside zoos and private owners who do not provide the animals with the adequate space to support their mental health. (Watch Laurel’s talk, “Depressed dogsand cats with OCD.“) 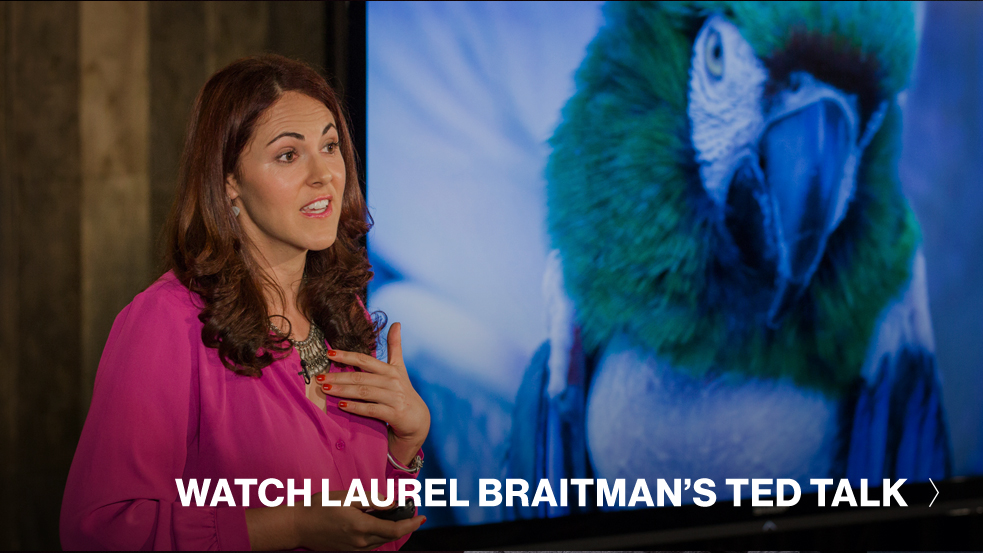 Have a news item to share? Write us at kate@ted.com.