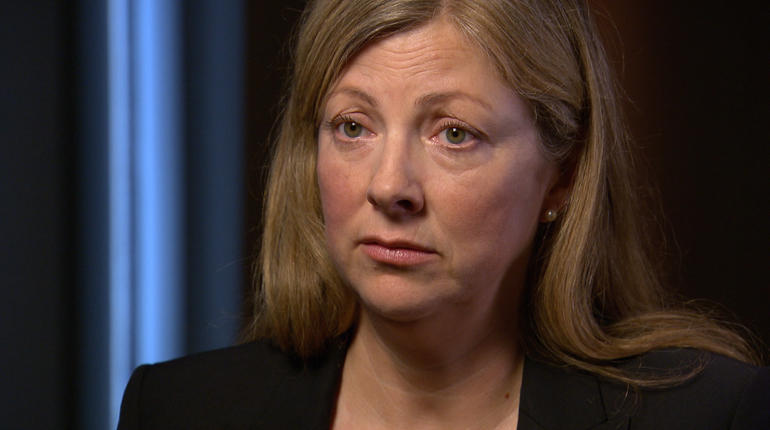 Charmian Gooch’s message on 60 Minutes: “America came up as the easiest place to set up an anonymous company after Kenya. We thought it can’t be this bad. And unfortunately, it is.”

A corruption investigator walks into a law firm and says he wants to buy a brownstone, a jet and a yacht.

This isn’t the start of a joke. It’s the premise of the latest investigation by Global Witness, the anti-corruption organization co-founded by 2014 TED Prize winner Charmian Gooch.

In an investigation revealed on 60 Minutes as well as in The New York Times, the nonprofit sent an undercover investigator into 13 prestigious law firms in New York City, posing as an adviser to a government minister in Africa and wearing a hidden camera. The investigator said that his client came from “one of the most mineral-rich countries in West Africa,” and that he wanted to buy a plane, a yacht and a brownstone. The investigator also added that “if his name would appear in connection with buying real estate here, it would look at least very, very embarrassing.”

The story was designed to red flags. And yet, lawyers from 12 of these law firms offered advice on how to hide the questionable money and make these purchases. One suggested setting up a series of shell companies: “Company A owns Company B, which is owned by Company C and D.” Another suggested setting up a bank account in either the Isle of Man, Liechtenstein or Switzerland, then coming to his firm to make the purchases. Another suggested wiring money into the escrow account of the law firm itself, to hide the minister’s identity. Another said the minister needed “a straw man,” and that if the money left his country, “his name should not be attached. Someone else’s should be.” Yet another suggested doing a test transfer of $1 million, just to make sure the plan would work. Only one lawyer flat-out refused to offer advice, and asked the sketchy investigator to leave his office.

Global Witness contacted 50 law firms in total. Thirteen scheduled face-to-face meetings with the investigator. And twelve gave actual advice. Global Witness stresses that these meetings with the lawyers were preliminary; the firms didn’t actually take on the investigator as a client. And these lawyers didn’t actually break the law, as no money changed hands. But to Global Witness, that’s the point: should lawyers be so willing to answer these types of questions? And should moving questionable funds into the US really be that easy?

Global Witness began this investigation in 2014, just a few weeks after Charmian Gooch revealed her wish at TED2014 to end anonymous companies. Since then, the issue has gotten considerable attention around the world, but it’s still very easy to set up a company anonymously in the US. “In some states, you need less identification to set up a company than to get a library card,” says Gooch. “America comes up as the easiest place to set up an anonymous company after Kenya. We thought it can’t be this bad. And unfortunately, it is.”

Watch the 60 Minutes segment, or read The New York Times‘ article to hear what some of the lawyers had to say about their actions. Below, check out Gooch’s TED Talk and a TED-Ed lesson that further explains the issue of anonymous companies. And if you’d like to read the full case study on this investigation, head to Global Witness’ website.

Just days after the investigation was shown on 60 Minutes, a bipartisan group in both houses of the US Congress introduced a bill that would require companies in the US to disclose their ultimate owners, and keep this information up to date. Global Witness says this bill would “make life much harder” for those hoping to hide money.