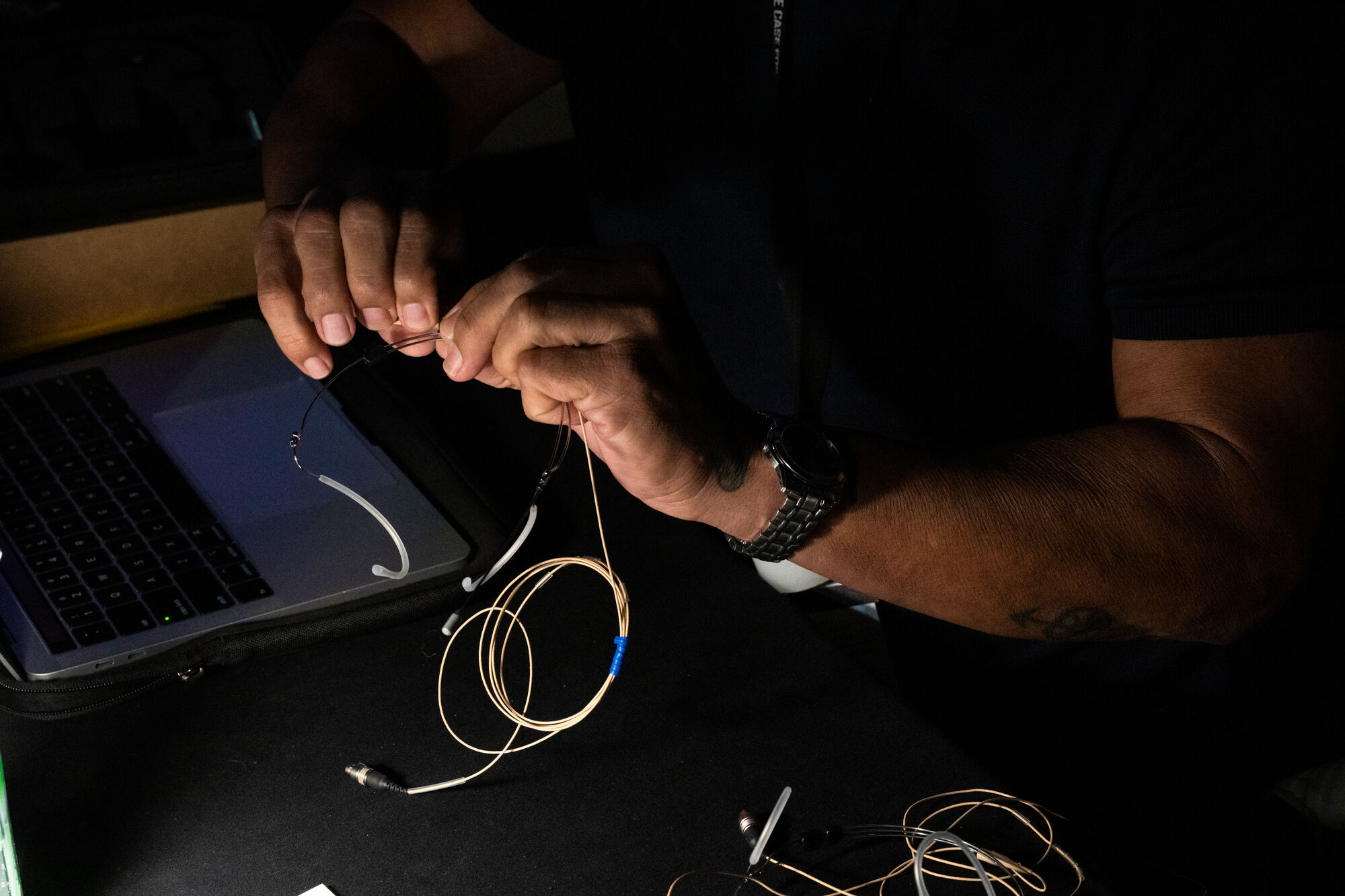 Dead set on a new headset

The TED headset mic, with its variable skin-tone foam windscreen hovering over the speaker’s face like a foundation-caked blemish (or, as Bloomberg suggested in 2015, “a foam ball hanging like a distracting crumb at the corner of their mouths”), has been a little-commented-on part of TED’s branding for nearly as long as TED has existed. The headset, typically eschewed by stage designers in favor of the lapel-mounted lavalier (with its much less obvious visual footprint), offered many advantages — most notably, sound quality (and the absence of the ubiquitous handling rumble that plagues its clip-on cousins).

But there were problems. Prone to “plosives” (or the booming “P” and “T” sounds spat out by even the most careful speakers), the headset’s directional pickup pattern was a persistent headache for TED’s post-production engineers. Worse, they were difficult to install, often uncomfortable to wear and would sometimes require onstage adjustments — and no one likes restarting a talk to fix a rumbling mic.

Worst of all, Chris Anderson (Head of TED) and Mina Sabet (TED’s director of production and video operations) just plain hated them. As TED moved closer (and into) the 21st century, and its aesthetics and production became more sophisticated, the headset mics began to seem more like an anachronistic visual distraction, and their directional pickup pattern (with the attendant plosives) a sonic liability.

With this in mind, Sabet embarked on a quest for a microphone that was pleasing both visually and sonically. But of the hundreds of wireless head mics available, what should they choose?

Sennheiser to the rescue 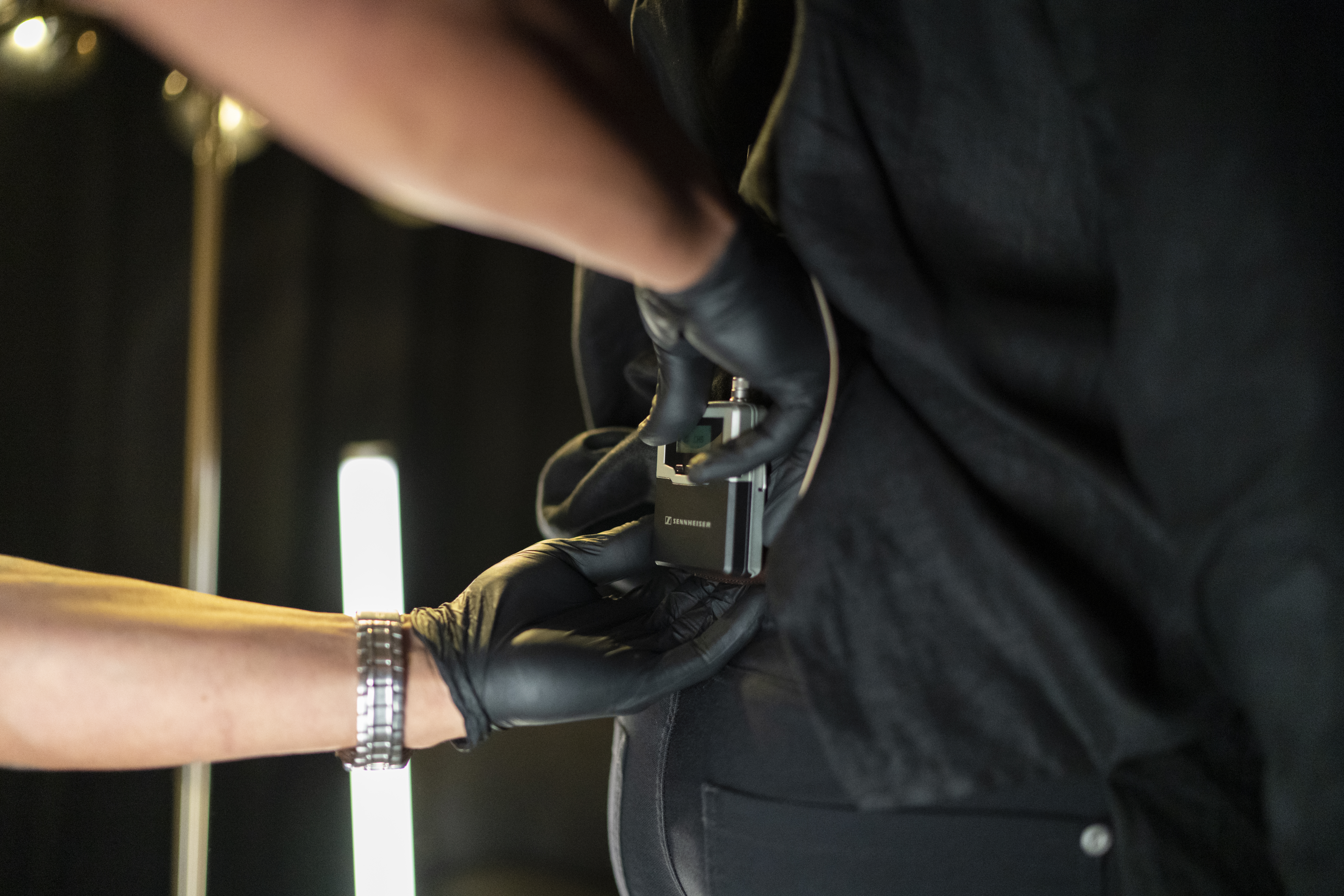 For the TED crew, who’d used a variety of mics over the years, Sennheiser was an easy entry on their short list. Their sound quality was legendary. They already had a long history supplying mics to everyone from Broadway to Eurovision, and thus were not strangers to designing for strikingly visual events. As Sabet recalls:

Our audio lead Michael Nunan gave me Volker Schmitt’s name [Sennheiser’s director of customer development]. I reached out to Sennheiser kind of blindly and got connected with Volker. We had a lot of back and forth initially about what we wanted. He would send a mic and I would say, “I don’t like this; can you do this, try this?” We did about six prototypes back-and-forth between Germany and New York.

Satisfying all of TED’s requirements for the headsets was a challenge. The mics needed to both sound great and sport a slim design that would all but vanish into the camera shot. According to Schmitt:

We had a headset, which gave us a direction. There was a lot of mechanical redesign necessary, which is always a challenge because you have to try it on at the end of the day. How does it feel when you are wearing it over a long period of time on your head? This is a particular challenge for this kind of design.

After a year-and-a-half of brainstorming, Sabet and Schmitt completed the design, just in time for the mic’s unveiling at TEDMonterey. 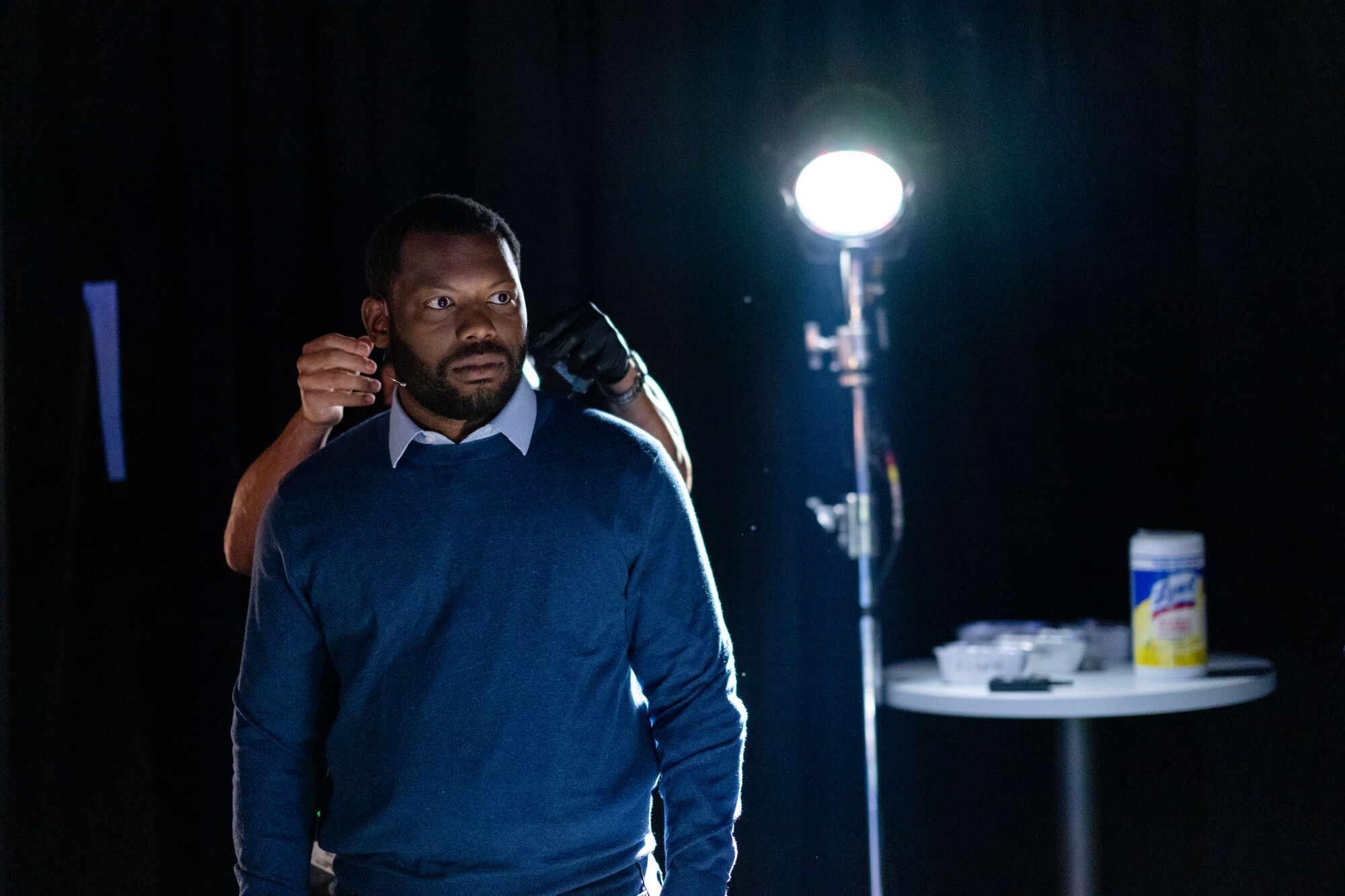 The new microphone is omnidirectional, which means it picks up sounds from all directions (and not just from the speaker’s lips), eliminating the need for the previous mic’s bulky foam windscreen. TED’s production engineer Tim Korn emphasizes the importance of this technical detail:

When you have things like [a] plosive let go over the omni, you don’t have this really big, massive thump. [If] you hear that in the room, in the recordings; it’s very distracting. The omni eliminates issues like that.

In the end, Sennheiser merged the transducer (a microphone’s “ear”) from their MKE1 with a short boom arm and tiny capsule. The slim headset profile is easy to install, and allows each speaker to wear it comfortably for the duration of their talk.

Once the mic was complete, the TED tech team ran it through a rigorous round of testing at various in-house events in New York, California, Vancouver and Scotland. By testing it on the hosts first (who are typically off camera in the final videos), the team was able to avoid mishaps. As Korn explains, “If the microphone failed horribly, we’re not doing it on somebody’s talk. I think we got a very good microphone out of the situation.”

The big reveal at Monterey 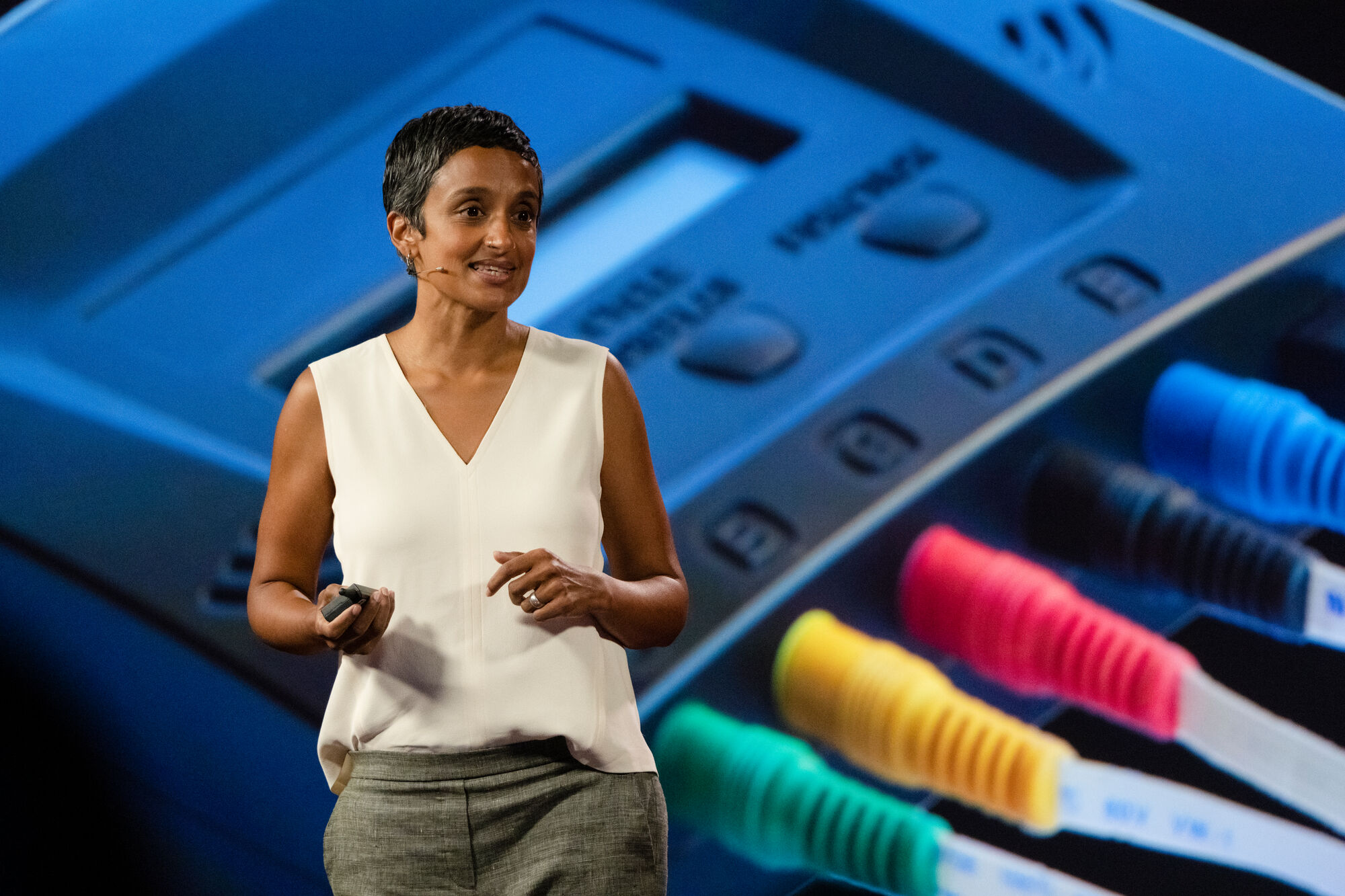 As evidenced by the talks and production stills, the new microphone’s thin chrome capsule indeed fades from the camera’s eye. And while viewers are unlikely to notice, the new mic ironed the noisy kinks out of the final audio tracks, making TED’s engineers’ lives a whole lot easier. What’s more, Chris Anderson loved it — as did the rest of the TED team.

Most strikingly, the rebrand of this subtle-yet-critical element of TED’s branding dovetails perfectly with TEDMonterey’s theme of optimism in the face of a challenging future. By drilling down and transforming a visual detail some may find insignificant, TED demonstrates the importance of reinventing technology to blend seamlessly into the environment, and cede the stage to new faces and bold ideas.