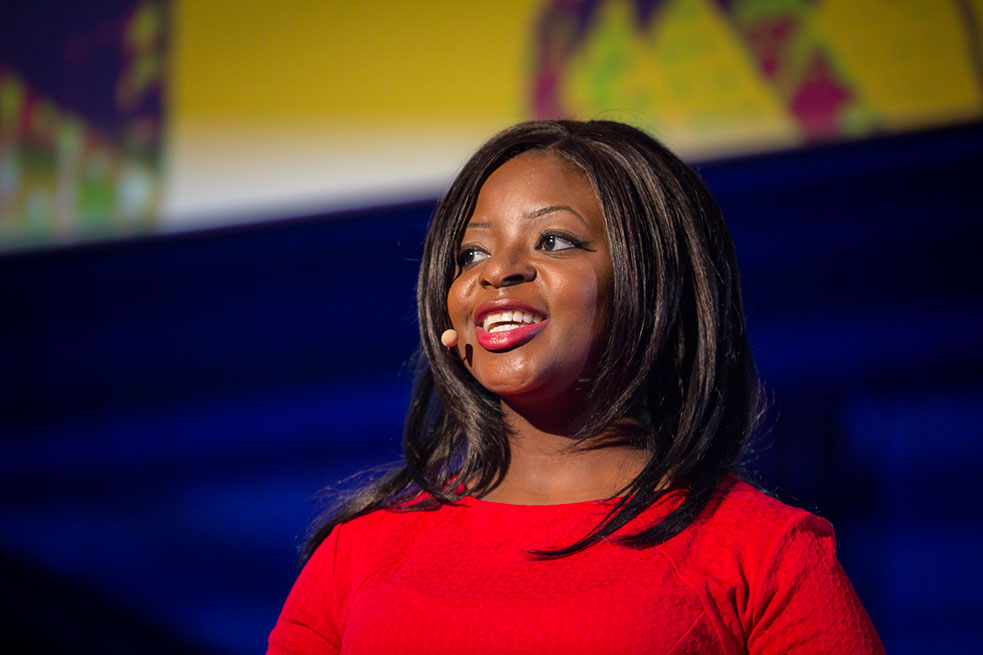 From anti-jargon campaigns to how Gen X and Gen Y can collaborate, TED@StateStreet highlighted ideas to inspire leaders at every level. This TED Institute event, held in London on November 18, showcased speakers from both inside and outside the financial services company. Throughout, the focus was on innovative thinking in work culture.

Below, quotes worth sharing from each of the TED@StateStreet talks:

“We don’t need to reinvent the wheel. We have the rim, the hub and the spokes — we just need to put them together.” —Paul O’Connell, economist

“Imagine if your life were defined by the thing you were most ashamed of. What skills and talents would the world miss out on?” —Alexander McLean, TED Fellow

“What I’d always thought was simply a personal matter, I now see has a ripple effect out into the workplace and community. If I don’t share who I really am, I may be inadvertently contributing to an atmosphere of discrimination.” —Morgana Bailey, Human Resources activist

“Here are three ways to improve your communication: 1) Know your audience. 2) Know what you’re trying to say. 3) Get to the point, and do it quickly.” —Thea Knight, anti-jargon crusader

“No one is denying there’s a global education problem. How can we fix it?” —Todd Gershkowitz, education disruptor 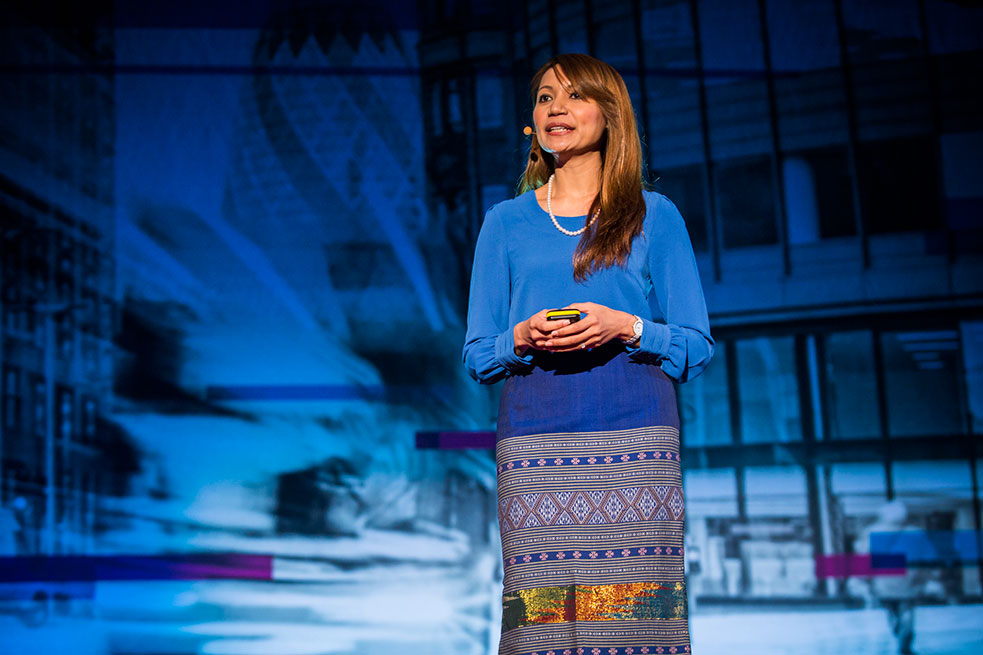 What’s in a name? More than you think, says Cynthia Win at TED@StateStreet. Photo: Paul Sanders/TED

“We have to change the dialogue on immigration. Immigration is a catalyst, a vital force. It is a social good that makes communities more interesting.” —Tim Graf, global soul

“I am drawn to ghost towns. I always wonder, how many ghost towns are we in the process of creating today?” —Abbey Williams, ghost town explorer

“In some parts of Asia, more and more people are adopting Western names for convenience. If we don’t put in the effort to learn the names from other cultures today, will we still see traditionally meaningful names in the next generation?”  —Cynthia Win, name decoder

“When professional footballers transfer teams, their original team receives a fee. What if companies did the same thing with employees?” —Yusuf Nurbhai, management innovator

“I started off studying to be a doctor. Then I became a poet. Poetry is a less quantifiable way of saving lives.” —Harry Baker, slam poet