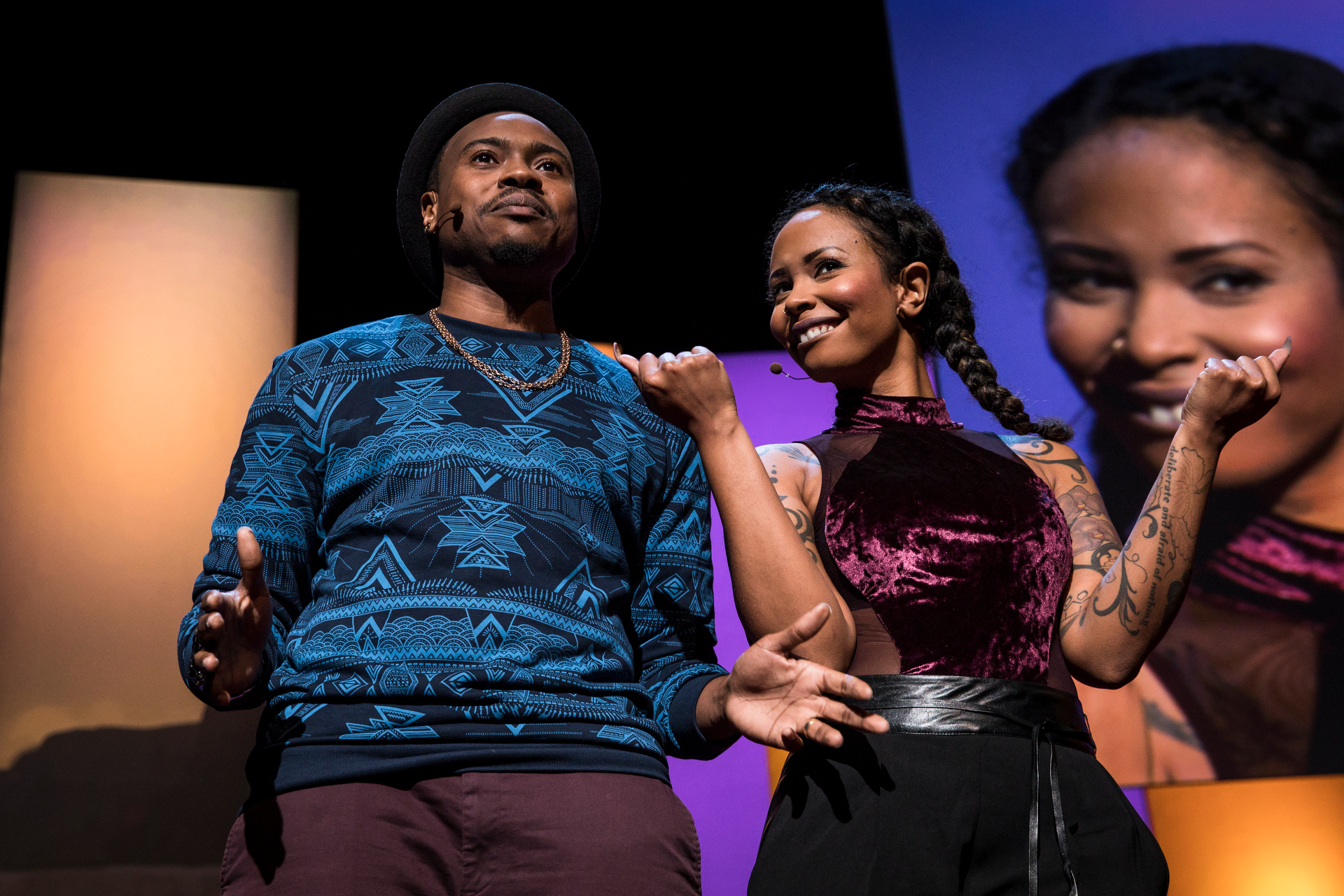 When we started TEDWomen in 2010, we felt strongly that we wanted to include a talks that break the traditional TED Talk model and present pairs of speakers instead of solos.

Our first “Duet” featured the married couple Beverly and Dereck Joubert. I wrote about them on this blog earlier this month. As National Geographic Explorers in Residence, the couple makes films that greatly influence public policy and perceptions about wildlife in Africa. They are incredible filmmakers — their latest, Pride vs. Tribe, was just nominated for Best Conservation Film at the 2017 Jackson Hole Film Festival.

Their current conservation project, Rhinos Without Borders, aims to translocate a total of 100 rhino and is another example of the bold, innovative steps that the Jouberts take to save Africa’s big animals — a conservation effort essential to sustaining the economic impact of the tourist industry. They are literally airlifting rhinos out of places where they are being killed for their horns as part of a global criminal poaching trade, into Botswana where they are safe from hunters and poachers. It’s a big-risk, big-expenses operation supported in part by conservation-minded individuals and travel companies, along with the Jouberts’ safari camp company, Great Plains Conservation.

Over the years, we’ve continued duet talks with other married couples and life/work partners in order to uncover new ideas about how two people can work out the sometimes complex challenges of working/living in a partnership.

We have heard a Masai father talk about how he reconciled his own cultural traditions that called for female circumcision with the aspirations of a daughter who wanted an education rather than an early marriage, and we heard the daughter’s story of running away, pursuing her dream and returning to her village to partner with her father for the benefit of the family.

Another memorable duet at TEDWomen 2016 was Tiq Milan and Kim Katrin Milan. They talked about navigating stereotypes to present a new conception of gender and a broader definition of love.

I recently emailed with Tiq and Kim, and I’m so thrilled to announce that they are expecting a baby in January! They’re also giving a keynote to the Human Rights Commission of Canada called “No Labels,” discussing intersectional approaches to human rights, expanding on some points in their TED Talk that really resonated with folks. It’s rumored that Prime Minister Trudeau will be in attendance.

Tiq is working on a book that will be out next summer called Man of My Design, a memoir and analysis of masculinity and its effect on culture. He writes, “Now that the baby is on the way, Kim and I will be documenting our journey as queer parents on our YouTube channel, which we are launching next week! I’ll make sure to send the link when it’s up and running.”

This year, TEDWomen will be held November 1–3 in New Orleans. The theme is Bridges: We build them, we cross them, and sometimes we even burn them. We’ll explore the many aspects of this year’s theme through curated TED Talks, including a session of memorable pairings to be announced early September. The hosts of this year’s duet session will be a married couple who have just completed two years of interviews with partners, and they will add their own insights about how good partnerships come together and stay together. It’s something they call “plus wonder,” and that’s how we think of our “Duets” sessions—it’s a plus-one TED Talk.

Registration for TEDWomen 2017 is open, so if you haven’t registered yet, click this link and apply today — space is limited and I don’t want you to miss out.