Congratulations to TEDWomen 2013 speaker Dr. Paula Johnson who, earlier this month, was sworn in as the 14th president of Wellesley College. She is the first African-American president of the institution. 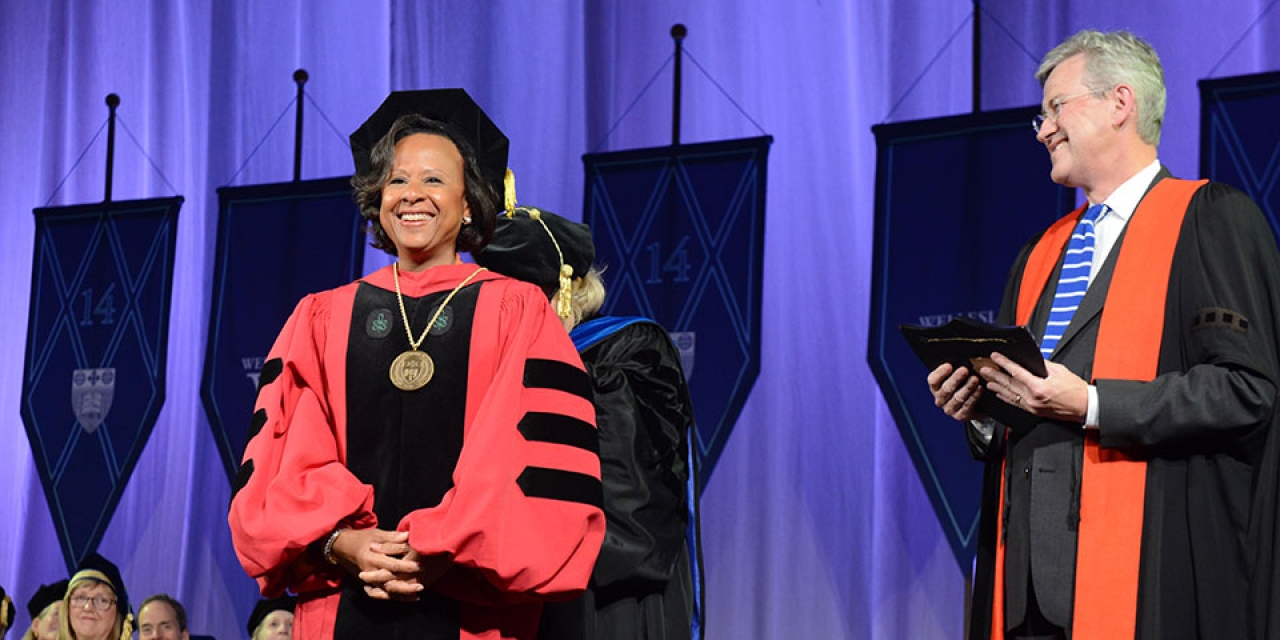 Dr. Johnson is a pioneer in looking at health from a woman’s perspective. Before taking the helm at Wellesley, she was the chief of the Division of Women’s Health at Harvard Medical School and Boston’s Brigham and Women’s Hospital, where she founded and was executive director of the Connors Center for Women’s Health and Gender Biology.

In her career, she has looked at how sex and gender impact health and health outcomes. Because of her work, we now know that every cell has a sex, and women and men are different down to the cellular level. In her TED Talk, she shared her research on the differences in the ways that men and women experience disease, and what that means in terms of clinical care and treatment.

In her speech, Dr. Johnson talked about all the women before her who had carried her to this moment.

I am here today because of a 30-year career in women’s health, and my deep commitment to women’s education. I stand before you on the shoulders and hard-won wisdom of so many women who laid the groundwork and pointed the way: my Brooklyn-born mother, Grayce Adina Johnson’s fierce belief in the power of education; my grandmother, Louise Young, who struggled with depression, which inspired me to enter medicine, with the ultimate mission of discovering how women’s and men’s biology differ in ways that go far beyond our reproductive functions.

I stand on the shoulders of my most important mentors and role models: Ruth Hubbard, Harvard University’s first tenured woman biology professor—a scholar who broke with tradition to explore the deep connections between women’s biology and social inequities. Women such as Shirley Chisholm, my “unbought and unbossed” Brooklyn congresswoman who burst on the scene at the crossroads of the civil rights and women’s movements in the 1970s.