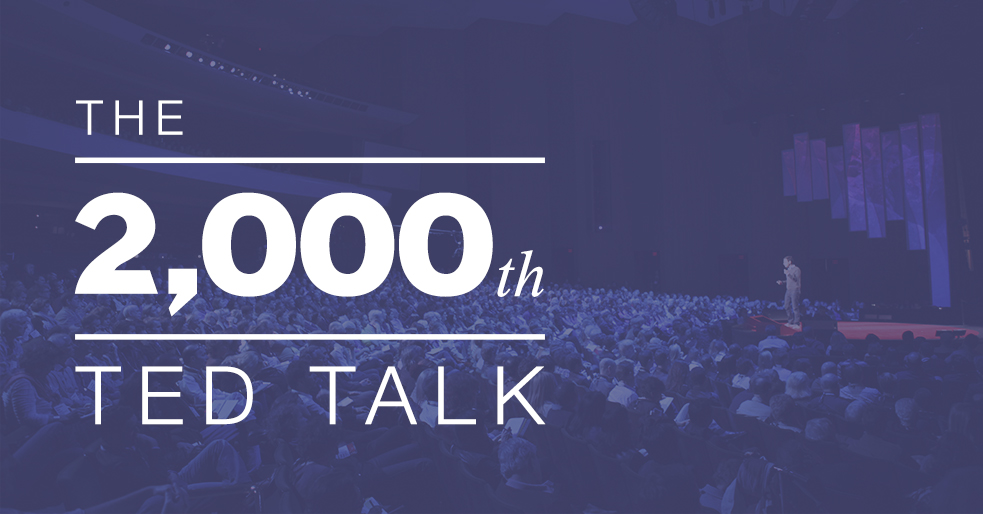 As you read this, imagine balloons and confetti fluttering to the ground around you. Because we just posted the 2,000th TED Talk.

On June 16, 2015, Margaret Heffernan’s “Why it’s time to forget the pecking order at work” became the 2,000th TED Talk. It’s a talk we need now: a sharp reflection on our lives at work. While most companies are built to reward stars, this actually creates competitiveness that undermines great ideas, says Heffernan. It’s not the teams with the highest IQs that achieve the best results — it’s the teams with the most social cohesion, where everyone contributes and feels safe to offer feedback with candor. It’s a talk that will flip your thinking on why you go to work every day.

Watch this talk. And then, if you’re curious, some other landmark TED Talks: