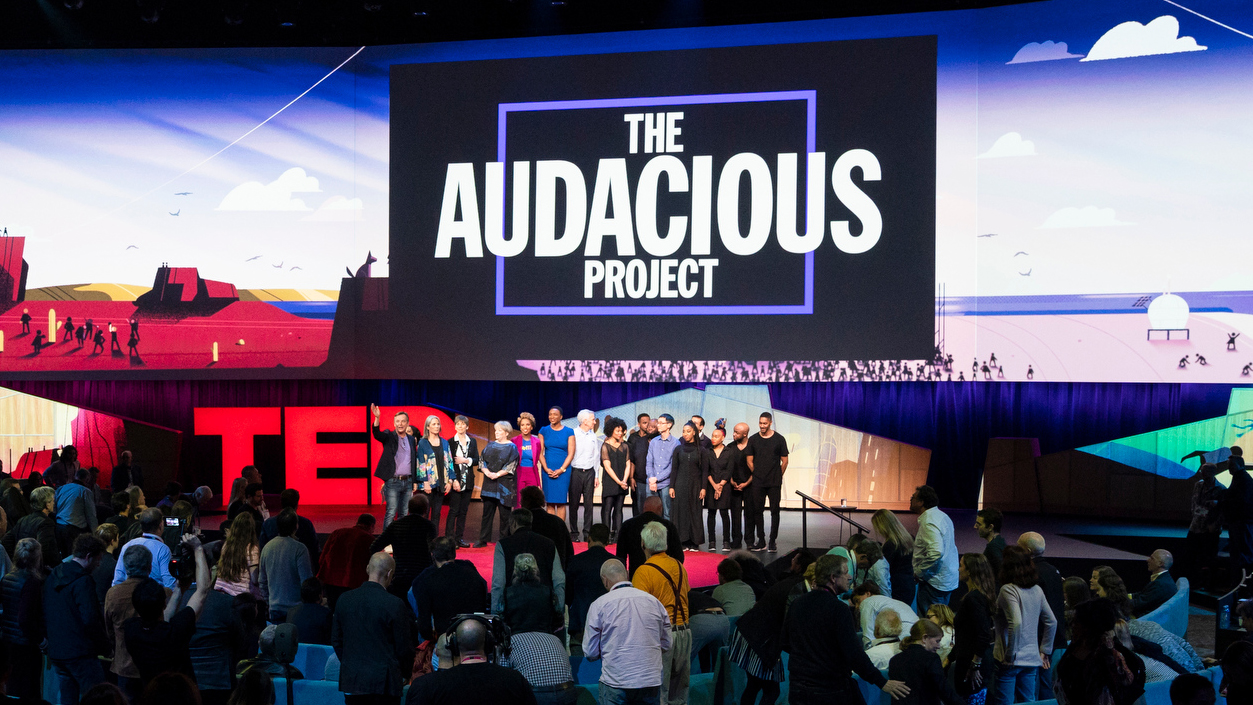 The first seven big ideas supported by The Audacious Project have had incredible impact so far. Watch our session live from TED2019 to discover the ideas receiving support this year. Photo: Ryan Lash/TED

One year ago, TED launched The Audacious Project — an initiative to help change-makers with big, bold ideas for tackling global challenges find the support to make their visions a reality. What’s happened since has been amazing. Thousands of people in the US are awaiting trials at home rather than in jail cells now because of the work of The Bail Project … almost a million farm families are enjoying better harvests in Sub-Saharan Africa because of One Acre Fund’s efforts … and read on for more stories like these. Put simply, these seven ideas are affecting lives around the world.

Our next group of audacious ideas will be revealed at TED2019 — watch live on Tuesday, April 16, at 8pm ET/5pm PT through AudaciousProject.org to discover the change-making ideas that will achieve liftoff this year. In the meantime, enjoy the latest updates from the 2018 projects.

The Bail Project’s bail disruptors are now working in 11 sites across the US, where collectively they have paid bail and provided pretrial support for more than 4,000 people. They are working with their clients to ensure they can return to court, get access to any social services they need, and remain with their families and communities while awaiting trial. In the video above, some of these disruptors share why this work is so meaningful to them. “After eight and a half months of sitting in jail, I decided to take a plea bargain for time served just so I could go home,” said David Gaspar, now a bail disruptor in Indianapolis. “When I found out about The Bail Project, I just remember wishing I had someone like that in my corner.”

Over the next few months, The Bail Project will launch in several new sites, including Chicago and Baton Rouge, Louisiana. Check out the latest media coverage in the Stanford Social Innovation Review, which looks at the beginnings of The Bail Project in the Bronx, where one of the jails residents are sent to is New York City’s massive floating jail barge. And don’t miss the second episode of BET’s new docu-series Finding Justice, which features the joint efforts of local activists, formerly incarcerated people, and The Bail Project’s St. Louis team to close the “The Workhouse,” the city’s infamous jail. 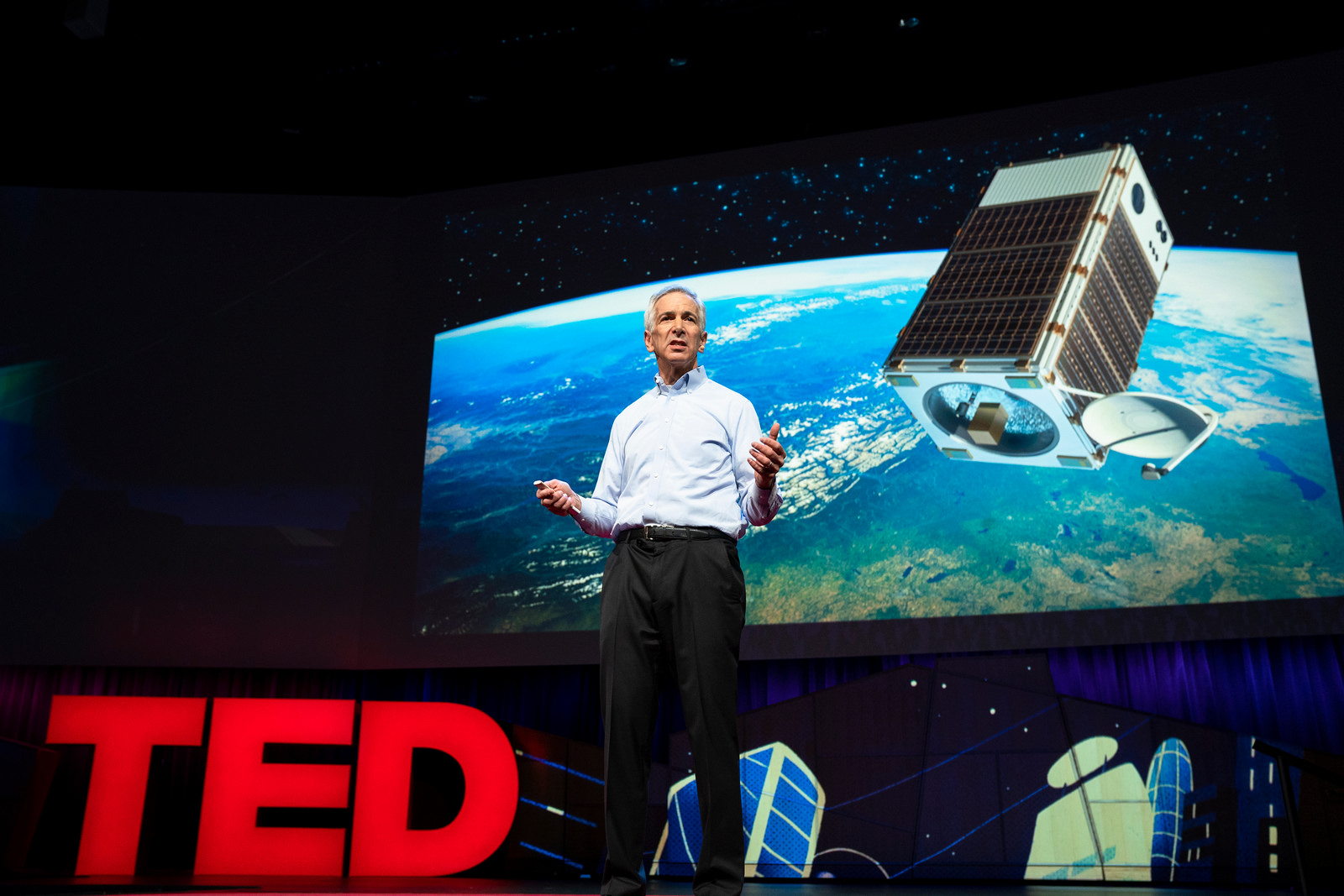 MethaneSAT having impact long before liftoff

MethaneSAT, the satellite to track invisible methane emissions, is on track to launch in 2021. Technical and science advisory groups have been assembled for the project, and two leading aerospace industry companies are now under competitive contract to refine the design. The team is also moving forward on a project that will help build global consensus around the validity of the satellite’s data — by flying over areas where methane emissions are known, scientists from Harvard and the Smithsonian Astrophysical Observatory will test and refine the algorithms MethaneSAT will use for emission detection.

But even before MethaneSAT’s launch, EDF is driving toward its goal of curbing oil and gas methane emissions. The organization is actively working with oil and gas companies to encourage them to prioritize lowering their methane emissions. With EDF’s encouragement, Shell, ExxonMobil and BP have all announced their support for stronger methane regulations and urged the Trump administration and the US Environmental Protection Agency not to weaken current restrictions as planned. “It’s the right thing to do for the planet,” said Susan Dio of BP America. MethaneSAT will be a key tool for encouraging this kind of corporate accountability, helping companies and governments take action on this dangerous greenhouse gas. 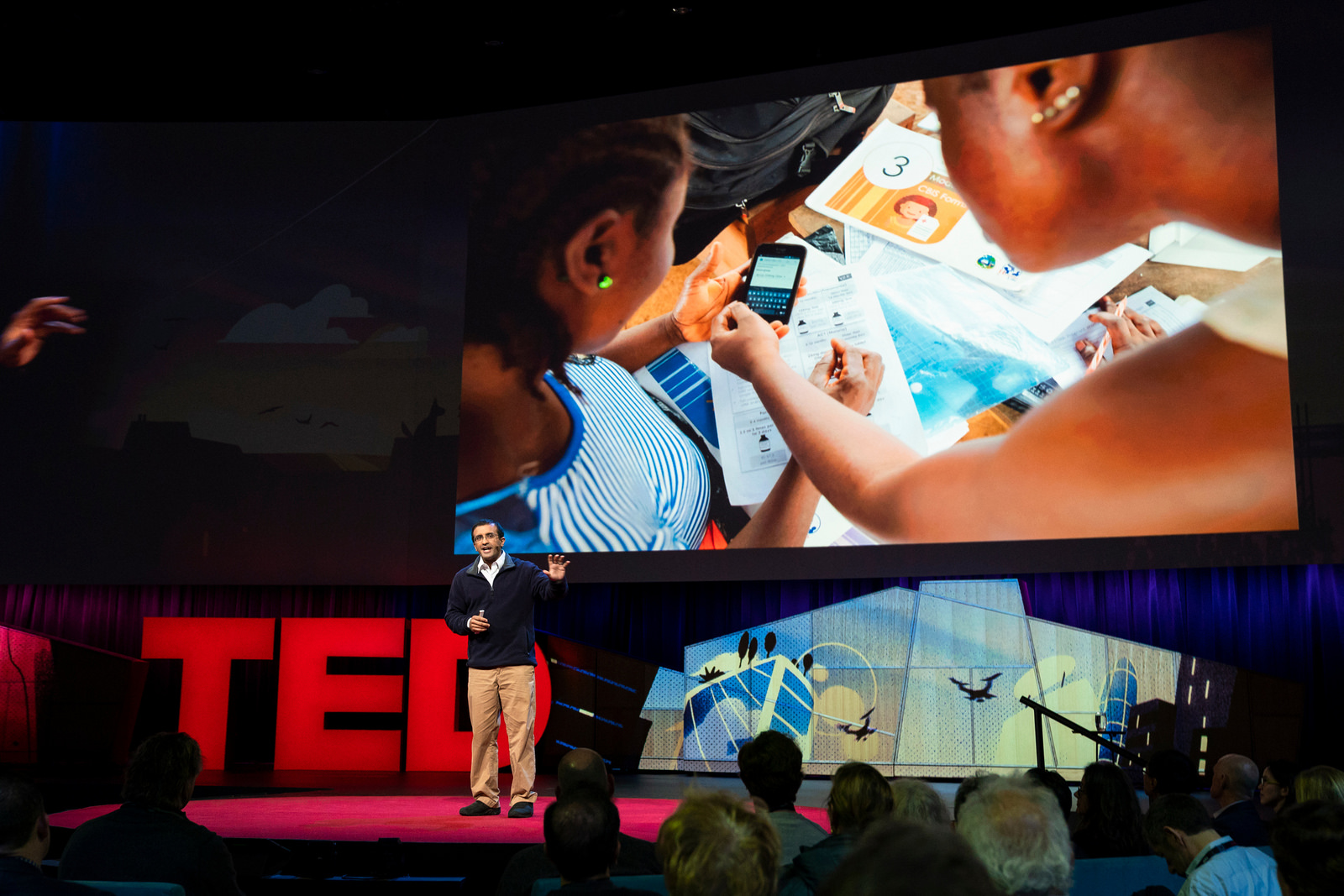 At TED2018, Raj Panjabi explains why his organization Last Mile Health is teaming up with Living Goods for greater impact. Photo: Bret Hartman/TED

Living Goods and Last Mile Health’s partnership is bringing quality health care to the doorsteps of millions of people in East and West Africa who haven’t had access to traditional clinics. In 2018, the two organizations empowered 12,000 community health workers with the technology and training to deliver care to an astonishing 7.9 million people. For Last Mile Health, an area of focus was malaria, which has been the leading cause of sickness and death in Liberia. With improvements in prevention, diagnosis and treatment — including CHWs bringing care to rural areas — malaria cases have been reduced by about one-third across the country. Living Goods, meanwhile, is helping CHWs begin to provide family planning and immunization services across Uganda and Kenya, while treating common childhood illnesses and supporting pregnant mothers. They also focused on leveraging the data CHWs collect to inform government systems and policies, and optimize how CHWs are supported and supervised.

Both organizations stress the importance of working with governments to implement community health worker programs, and in 2019 they’re hoping to bring this idea to other countries too. Registration is now open for the first course of the Community Health Academy, “Strengthening Community Health Worker Programs to Deliver Primary Care.” The course is offered in partnership with HarvardX and edX. “It’s taught by a network of faculty from around the world,” Raj Panjabi said in an interview this week. “We sent film crews to Bangladesh, Ethiopia and Liberia so health systems leaders can learn from other health systems leaders. Enrollment for the course began earlier this month, and already, people from over 90 countries have signed up.”

One Acre Fund believes in treating the small-scale farmers they work with as clients. In a blog post, they shared a bit more about what this means: giving farmers choices on what to buy for their homes and farms, giving them the credit to pay over time, and allowing them to think through how they want to diversify and build their business. This ethos shows in the video above too, with the story of Rwandan farmer Drocella Yandereye, who has chosen to invest in quality seeds and in a solar light to help her and her children move about the house in the evenings. These investments have not only helped Drocella make enough income to buy livestock, but they’ve helped her to build a new home for her family.

While One Acre Fund’s growth continues to be healthy — in this op-ed from the Stanford Social Innovation Review, Andrew Youn looks at The Audacious Project’s effect on that — there’s also reason for concern. Farmers in countries like Kenya, Tanzania, Ethiopia and Uganda are already feeling the effects of climate change that scientists predict years down the road in other regions. The organization is working to help make farmers more resilient in the face of droughts and volatile weather. 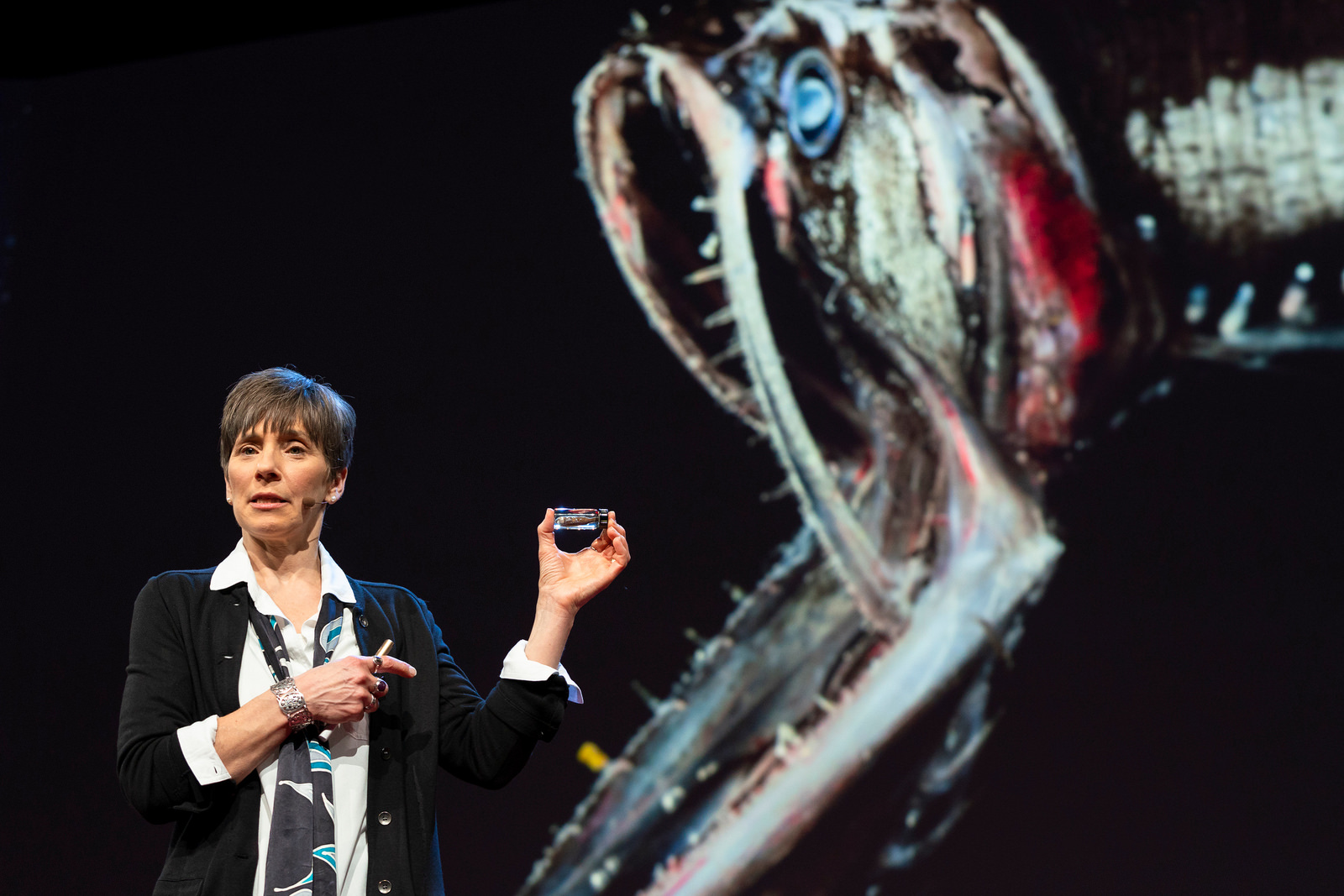 Heidi Sosik introduces us to the creatures of the ocean’s twilight zone at TED2018. Photo: Bret Hartman/TED

A third expedition to the ocean’s twilight zone

A team from Woods Hole Oceanographic Institution’s Ocean Twilight Zone project have just returned from a mission aboard OceanX’s research vessel, the M/V Alucia, off the coast of the Bahamas. Their goal was to explore a new region of the twilight zone (previous cruises were in the Northwest Atlantic and Northeast Pacific) in order to examine how life can differ by location. Scientists conducted biological sampling, made submersible dives to observe organisms in their natural habitat, and collected water samples from various depths to perform eDNA analysis, a forensic tool that allows scientists to look at what might be in the water even if they weren’t able to physically catch the animals themselves. The team worked with OceanX to share their journey through video diaries and photographs. And Quartz Media was also on board, showing others what the twilight zone holds.

A special issue of WHOI’s Oceanus magazine is dedicated to the science, people and technology involved in its exploration of the twilight zone. Sign up for a free one-year subscription to get the special issue. As it was coming off the press, a team from WHOI attended the Second Session of the Intergovernmental Conference (IGC2) on the conservation and sustainable use of marine biodiversity in areas beyond national jurisdiction at the UN. In addition to introducing delegates to the twilight zone, WHOI laid the groundwork for the twilight zone to be included in a treaty governing marine resources outside of any nation’s exclusive economic zone. When IGC3 rolls around in August, they hope to make the twilight zone the subject of a side event that will explore its importance more fully. 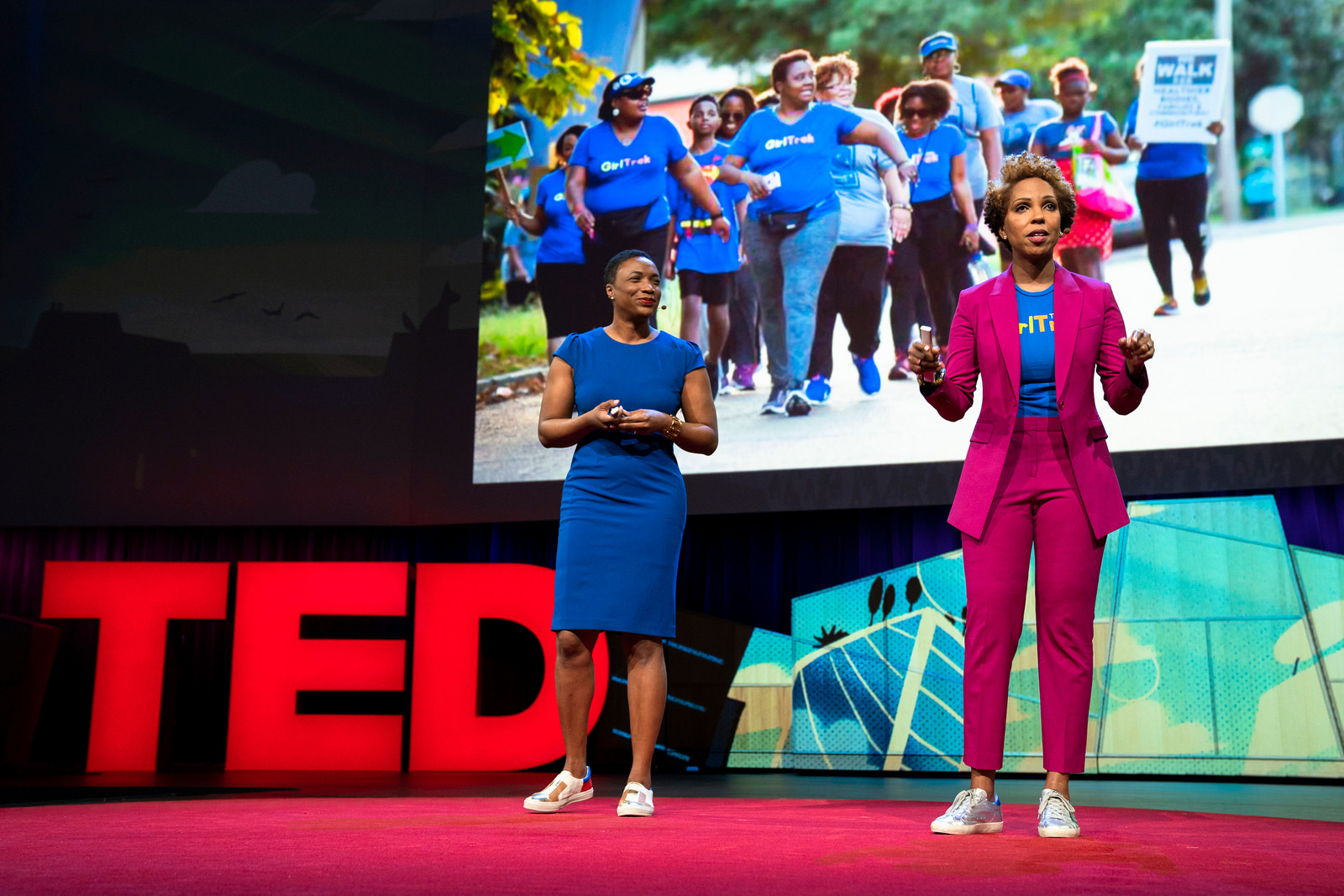 GirlTrek on the road to Selma

GirlTrek is making the final stops of its Road to Selma revival wellness tour, with events in Los Angeles on April 4 and Chicago on April 6. Over the past year, they have visited 50 cities in the US, holding teach-ins to get attendees thinking about their health, and to train them to organize walking groups in their communities. GirlTrek has reached an incredible number of women along the way. In just 10 days in February — as they made stops in Sacramento, Oakland and Atlanta — they trained nearly 1,000 new organizers.

GirlTrek’s goal is to train 10,000 organizers to lead a movement of one million Black women walking daily. They will continue with a three-day Summer of Selma training event, taking place Memorial Day weekend 2019, in the Alabama city that’s sacred ground for the Civil Rights movement. In 2020, GirlTrek will hold the first Summer of Selma festival, with attendees retracing the historic 54-mile walk from Selma to Montgomery, then joining a three-day celebration. Last week, Vanessa Garrison appeared on Buzzfeed News’ AM to DM to talk about the event and the importance of starting with that iconic walk. “At this moment in our country, we have to recognize that we have been here before,” she said. “For us, it’s important that we remember our history and that we … pull from the power of our ancestors and our foremothers and the powerful organizers who came before us, so we can start to address the problems of today. This is nothing compared to the road we have already traveled.”

Sightsavers has resources to begin work in 12 countries

Over the past year, with funding from The Audacious Project and other sources, Sightsavers has raised an unprecedented $105 million to take on the ancient eye disease trachoma. In a blog post, Richard Branson shared why he’s proud Virgin Unite is a part of the effort, as it will help end blinding trachoma in 10 countries and accelerate progress in several others. “It’s a goal that’s achievable through teamwork by bringing together affected communities with governments, donors, pharmaceutical companies and international organizations,” said Branson.

UK Aid Match is also helping Sightsavers achieve this vision. Through May 15, 2019, they will be matching every pound donated to Sightsavers, up to £2 million. While the donations themselves will be used to support work wherever need is greatest, the matched funds will go toward work to prevent and treat trachoma in Tanzania, where images for the video above were taken. “Everyone who donates to Sightsavers’ End Is in Sight appeal could help us get one step closer to consigning this awful disease to the history books,” says Sightsavers head Caroline Harper.