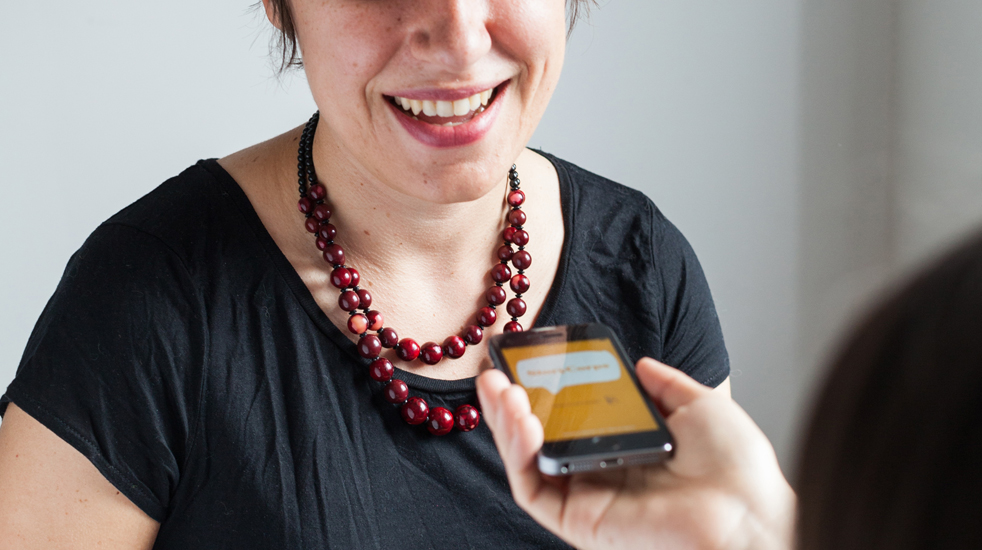 A few weeks ago, I was driving to the grocery store listening to an interview between a mother and daughter, Elizabeth and Sara Bell. I was astonished to hear the intimacy of their conversation. Elizabeth wants to interview her mother, who is 65 and suffering from dementia, because she is afraid that the disease will take away her mother’s ability to speak. She says, “I want to record your voice so I can listen to it over and over.”

So many thousands of interviews have been pouring in since we launched the StoryCorps app at TED2015 that we’re struggling to keep up with them. I listen on the subway, on the way to and from work, and in the car. My colleague Andrew Goldberg listens during the workday. Elizabeth and Sara’s conversation was one that he flagged for me. It became the first interview recorded through the app that we edited and shared.

StoryCorps is full of possibilities right now. It feels like the days after we launched our first booth. The app has the potential to scale in a way we never could before. Typically, we record about 5,000 interviews a year. With the app, we have collected 7,000 interviews in a matter of weeks. 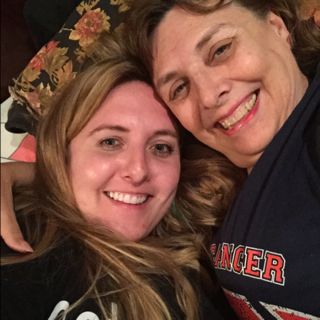 Elizabeth and Sara Bell’s interview was recorded with the app at home rather than in a booth.

The interviews are often shorter than our standard 40 minutes, and the recording quality varies. But the respect with which people are using the app is beyond my wildest dreams. In the US, we’re seeing a lot of interviews posted from small towns in the South and Midwest. We have stories coming in from countries all over the world.

And we’re hearing all kinds of interviews that I never could have predicted, including people who interview themselves — they’re like ‘audio selfies.’ Here’s one from Javier Bastos, who was recently diagnosed with cancer. He recorded himself in his hospital room.

Watching the app spread to unexpected places in unexpected ways has been thrilling; and listening to the interviews as they’re uploaded has been one of the most profound and moving experiences of my career.

With the app, a wall has come down. The potential is incredible. We’re excited to launch the effort I mentioned in my TED Talk: Over Thanksgiving 2015, history teachers across the US will ask their students to record an interview with a grandparent or elder. In a single weekend, an entire generation could be honored in this way.

The app is still in beta. Over the coming months, we’ll be working to fix the bugs and make the app more user-friendly. Some of the things you’ll see in the first update, coming later this month: When we launched, we assumed most people would use the app just to record. We had no idea that so many people would be listening to other people’s unedited interviews. So with the next iteration, we want to make it easier for users to search for the most-liked and most-listened-to interviews. We are excited about the idea of curation from within the community itself.

We’re also building a new section on the app where we can highlight stories like Elizabeth and Sara’s and give them the StoryCorps touch. These interviews will be edited and fact-checked, and we’ll get approval from the people featured. We’re still experimenting with what form these stories will take. It’s thrilling to be at that moment of creation.

Eventually, I want people who are recording and listening to interviews to have more tools to work with — the ability to edit an interview, transcribe it and add additional photos. We’re excited to listen to our subscriber community of 70,000-plus users to hear what sorts of features they want.

We plan to experiment as we go along. This feels like a new beginning and, in some ways, there’s a lot of uncertainty. But I am consistently amazed by the fidelity people are giving the StoryCorps process. I don’t know how the app will evolve, but I am hearing StoryCorps magic in almost every single interview I listen to.