So, you want to hire the best employee for the job? Or perhaps you’re the employee looking to be hired. Here’s some counterintuitive and hyper-intuitive advice that could get the right foot in the door.

Expand your definition of the “right” resume

Here’s the hypothetical situation: a position opens up at your company, applications start rolling in and qualified candidates are identified. Who do you choose? Person A: Ivy League, flawless resume, great recommendations — or Person B: state school, fair amount of job hopping, with odd jobs like cashier and singing waitress thrown in the mix. Both are qualified — but have you already formed a decision?

Well, you might want to take a second look at Person B.

Human resources executive Regina Hartley describes these candidates as “The Silver Spoon” (Person A), the one who clearly had advantages and was set up for success, and “The Scrapper” (Person B), who had to fight tremendous odds to get to the same point.

“To be clear, I don’t hold anything against the Silver Spoon; getting into and graduating from an elite university takes a lot of hard work and sacrifice,” she says. But if it so happens that someone’s whole life has been engineered toward success, how will that person handle the low times? Do they seem like they’re driven by passion and purpose?

Take this resume. This guy never finishes college. He job-hops quite a bit, goes on a sojourn to India for a year, and to top it off, he has dyslexia. Would you hire this guy? His name is Steve Jobs.

That’s not to say every person who has a similar story will ultimately become Steve Jobs, but it’s about extending opportunity to those whose lives have resulted in transformation and growth. Companies that are committed to diversity and inclusive practices tend to support Scrappers and outperform their peers. According to DiversityInc, a study of their top 50 companies for diversity outperformed the S&P 500 by 25 percent.

(Check out Regina’s TED Talk: Why the best hire might not have the perfect resume for more advice and a fantastic suggested reading list full of helpful resources.)

Shake up the face-to-face time

Once you choose candidates to meet in-person, scrap that old hand-me-down list of interview questions — or if you can’t simply toss them, think about adding a couple more. 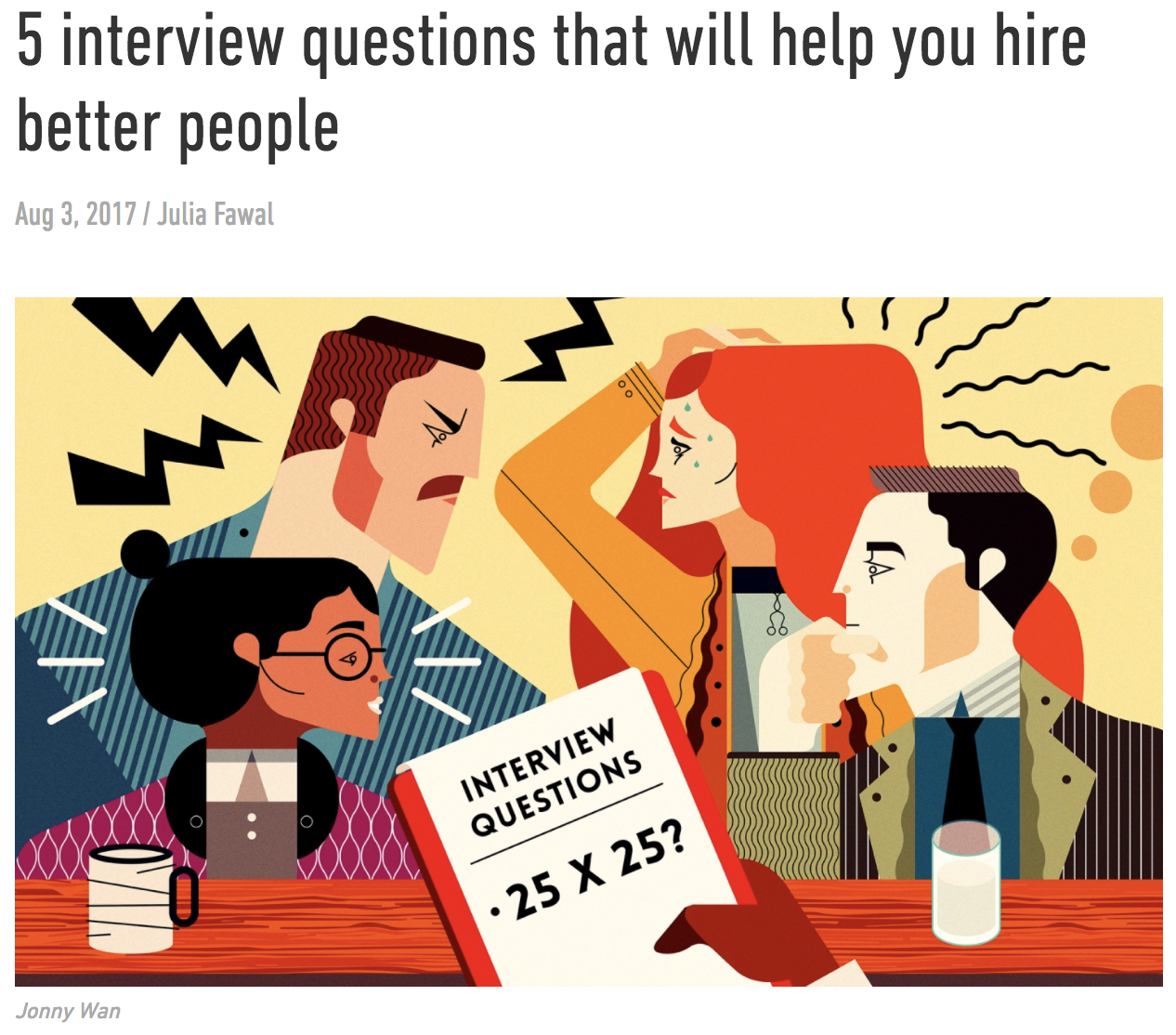 Generally, these conversations ping-pong between two basic questions: one of competency or a one of character. To identify the candidates who have substance and not just smarts, business consultant Anthony Tjan recommends that interviewers ask these five questions to illuminate not just skills and abilities, but intrinsic values and personality traits too.

(Maybe ask them if they played a lot of Dungeons & Dragons in their life?)

The New York Times’ Adam Bryant suggests getting away from the standard job interview entirely. Reject the played-out choreography — the conference room, the resume, the “Where do you want to be in five years?” — and feel free to shake it up. Instead, get up and move about to observe how they behave in (and out of) the workplace wild.

Take them on a tour of the office (if you can’t take them out for a meal), he proposes, and if you feel so inclined, introduce them to some colleagues. Shake off that stress, walk-and-talk (as TED speaker Nilofer Merchant also advises) and most important, pay attention!

Are they curious about how everything happens? Do they show interest in what your colleagues do? These markers could be the difference between someone you work with and someone you want to work with. Monster has a series of good questions to asks yourself post-meeting potential candidates.

Ultimately, Tjan and Bryant seem to agree, the art of the interview is a tricky but not impossible balance to strike. 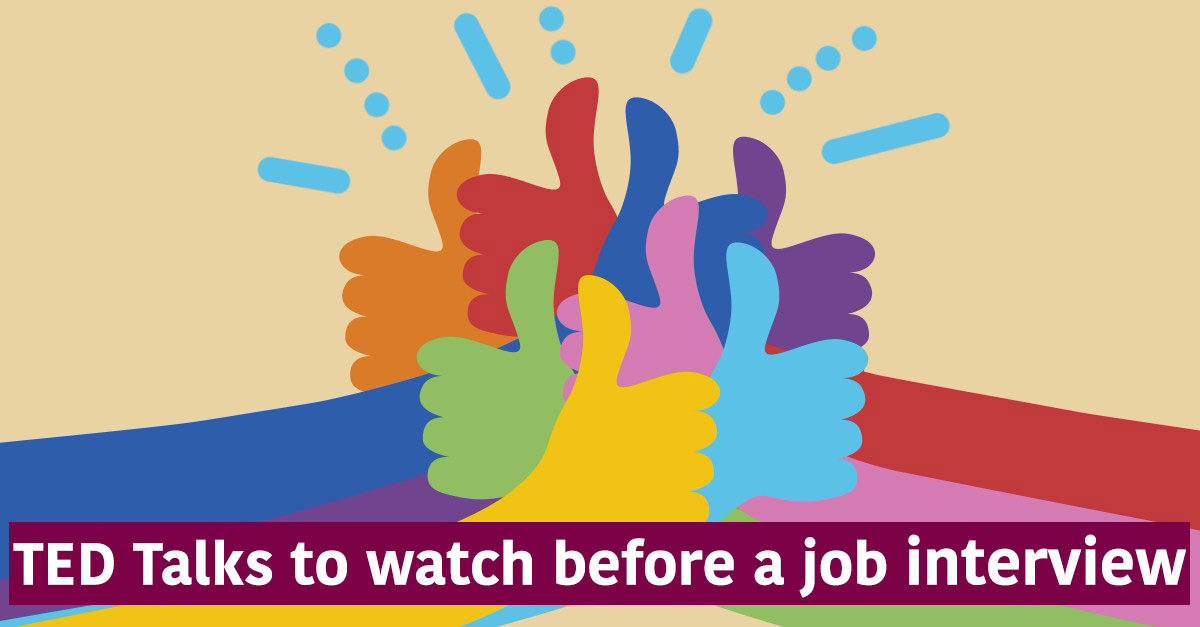 Hire for your company’s values, not its internal culture

Culture fit is important, of course, but it can also be used as a shield. The bottom line is hire for diversity — in all its forms.

There’s a chance you may be tired of reading about diversity and inclusion, that you get the point and we don’t need to keep addressing it. Well, tough. Suck it up. Because we do need to talk about it until there’s literally no need to talk about, until this fundamental issue becomes an overarching non-issue (and preferably before we all sink into the sea). This is a concept that can’t just exist in science fictional universes.

Example A: a sci-fi universe featuring a group of people that could be seen working together in a non-fictional universe.

MIT Media Lab director Joi Ito and writer Jeff Howe explain that the best way to prepare for a future of unknown complexity is to build on the strength of our differences. Race, gender,  sexual orientation, socioeconomic background and disciplinary training are all important, as are life experiences that produce cognitive diversity (aka different ways of thinking). 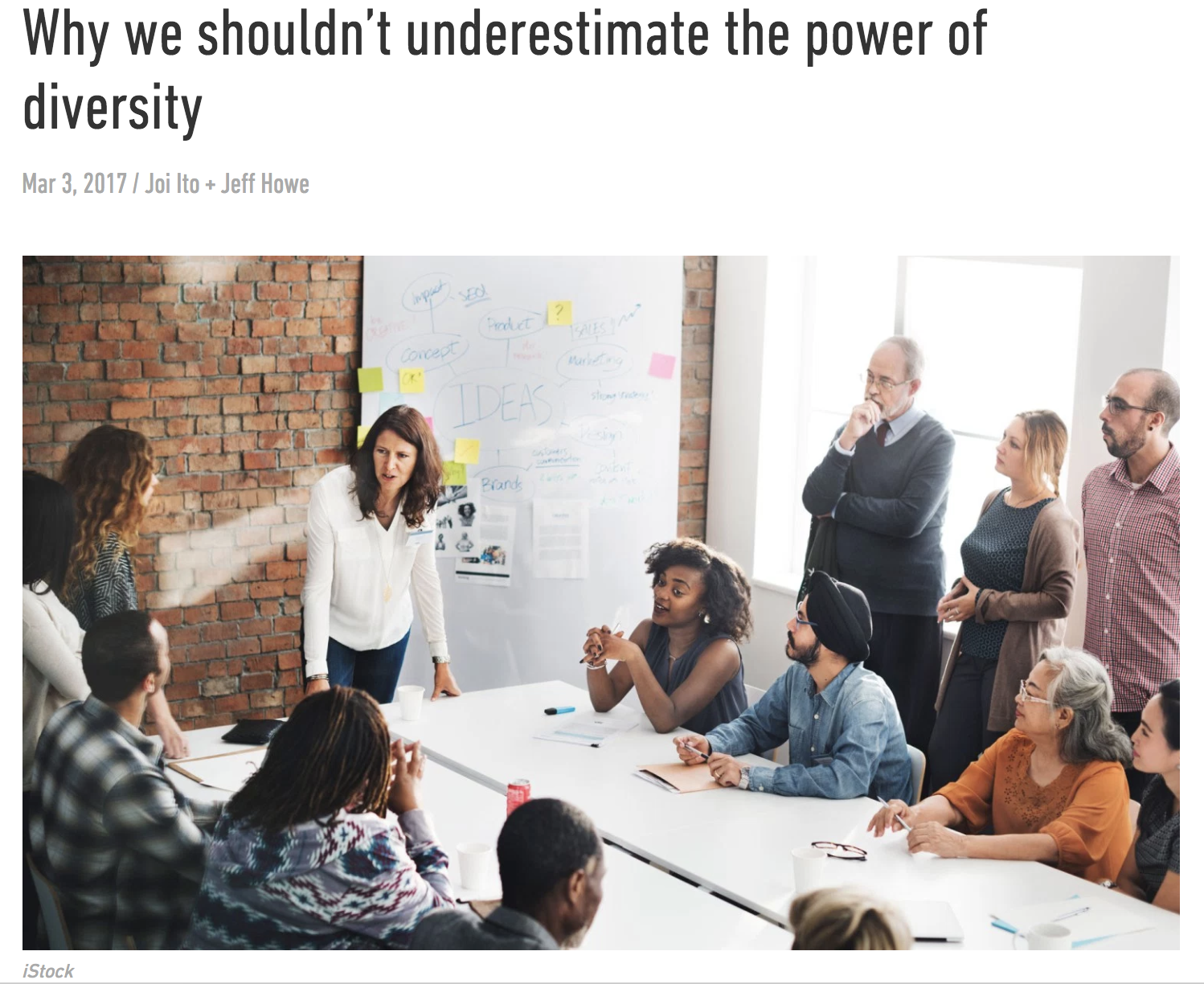 Thanks to an increasing body of research, diversity is becoming a strategic imperative for schools, firms and other institutions. It may be good politics and good PR and, depending on an individual’s commitment to racial and gender equity, good for the soul, say Ito and Howe. But in an era in which your challenges are likely to feature maximum complexity as well, it’s simply good management — which marks a striking departure from an age when diversity was presumed to come at the expense of ability. 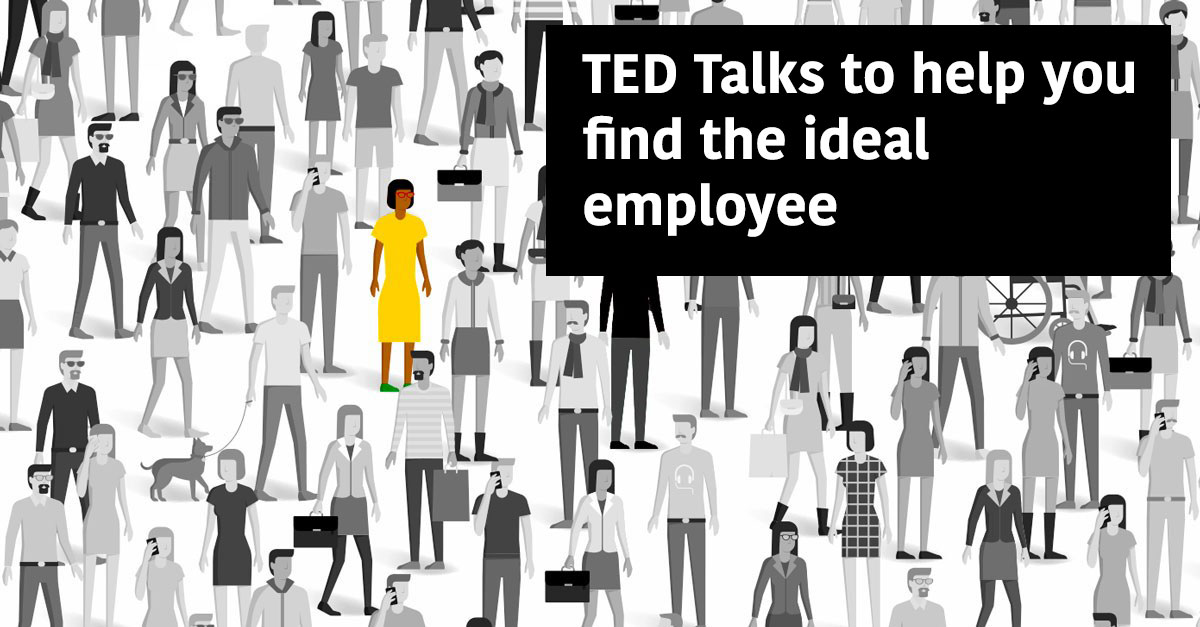