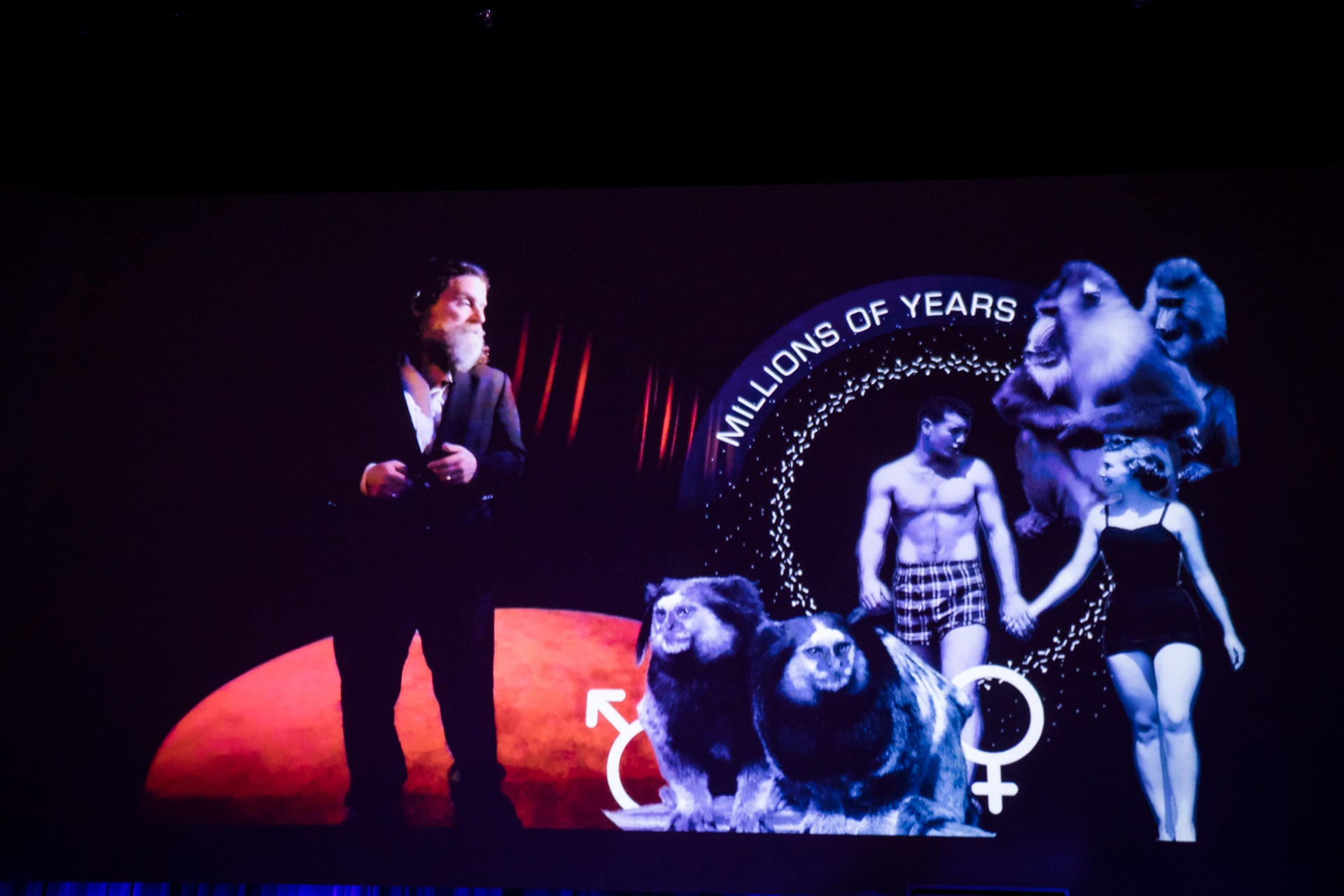 Robert Sapolsky is “your basic confused human when it comes to violence.” He’s for gun control but loves shooting people in laser tag. He doesn’t believe in the death penalty but has specific fantasies about how he would kill Hitler. He’s also a neuroscientist who studies stress and its effects in primates. So, naturally, he wanted to figure out what this dichotomy in human nature is all about.

Sapolsky explains our confusing relationship with violence as the result of two complications. The first: “We don’t hate violence; we hate the wrong kind,” he says. “Because when it’s the right kind, we cheer it on, we hand out medals. We vote for, we mate with our champions of violence. When it’s the right kind we love it.” The second is that “amid us being this miserably violent species, we’re also extraordinarily compassionate and altruistic.”

Sapolsky attempts to answer the question, “How do you make sense of the biology of our best moments, our worst and all the ambiguous ones in between?” The answer, he says, is you trace it back … all the way back.

Take, for instance, this scenario: you’re in a riot and see a person running toward you holding what you think is a gun. You have a split second to decide what to do. You fire. Immediately afterward you see that what they were holding was not in fact a gun but a cellphone. How do we explain this glitch in behavior?

First, ask what was going on in your brain seconds before the event. Specifically, how active was your emotional control center, the amygdala. From there, move on to minutes before, analyzing the environmental factors that stimulated your amygdala in the first place, such as the race and gender of the person running toward you or even how hungry you were.

Zoom out from hours to days and you’re at the hormonal level. If, for example, your levels of testosterone were high, you would have been more likely to interpret the face running toward you as threatening, sending an important message to your amygdala to pull that trigger.

The past weeks and months also come into play in explaining your actions. Prolonged stress at work or home could have enlarged your amygdala and increased neural connections amplifying the signals instructing it to act.

From there, head back to adolescence before your brain fully matured, when your experiences and environment were shaping the future you. Then go back further to fetal development, when epigenetic changes were deciding which genes got turned on and which got turned off.

And that’s just your own brain. Sapolsky instructs us to look back centuries ago into the lives of our ancestors, analyzing how those cultures affected the values that have been passed down to present-day you. Your last stop is millions of years ago during the evolution of genes that lead to our branching off from our ape ancestors.

So basically, Sapolsky says, “If you want to understand a behavior, you need to understand everything from one second before to millions of years before … it’s complicated.”

It may seem like a lot of work went into informing your decision to pull that trigger; the culmination of your life and neurons and all the lives and neurons before you. But that doesn’s mean it’s predetermined. In fact, Sapolsky says, the key to trying to understand any behavior is understanding that we are constantly in flux. “Brains change and thus people change, dramatically,” he says. Some of the most incredible stories come from people who have demonstrated this plasticity.

Sapolsky introduces us to Zenji Abe, a Japanese pilot who bombed Pearl Harbor in 1941. Fifty years later, despite this violent and polarizing attack, he met with some of the American veterans who survived and apologized. They formed a once-unthinkable friendship.

Zenji Abe’s transformation took decades, but it doesn’t always take that long. It can take as little as minutes or hours. Sapolsky tells the story of the Christmas Truce during WWI, when British and German soldiers stopped fighting to help each other carry and bury bodies. It only took hours to change a trained “us vs. them” mentality.

He points out that we are no different than Zenji Abe or those soldiers in WWI. While we have been told to study history so as not to let it repeat itself, Sapolsky proposes the opposite: “Those who don’t understand the history of phenomenal human change, those who don’t understand the biology of how we go from our worst to our best behaviors, are destined not to be able to repeat these incandescent, magnificent behaviors.”