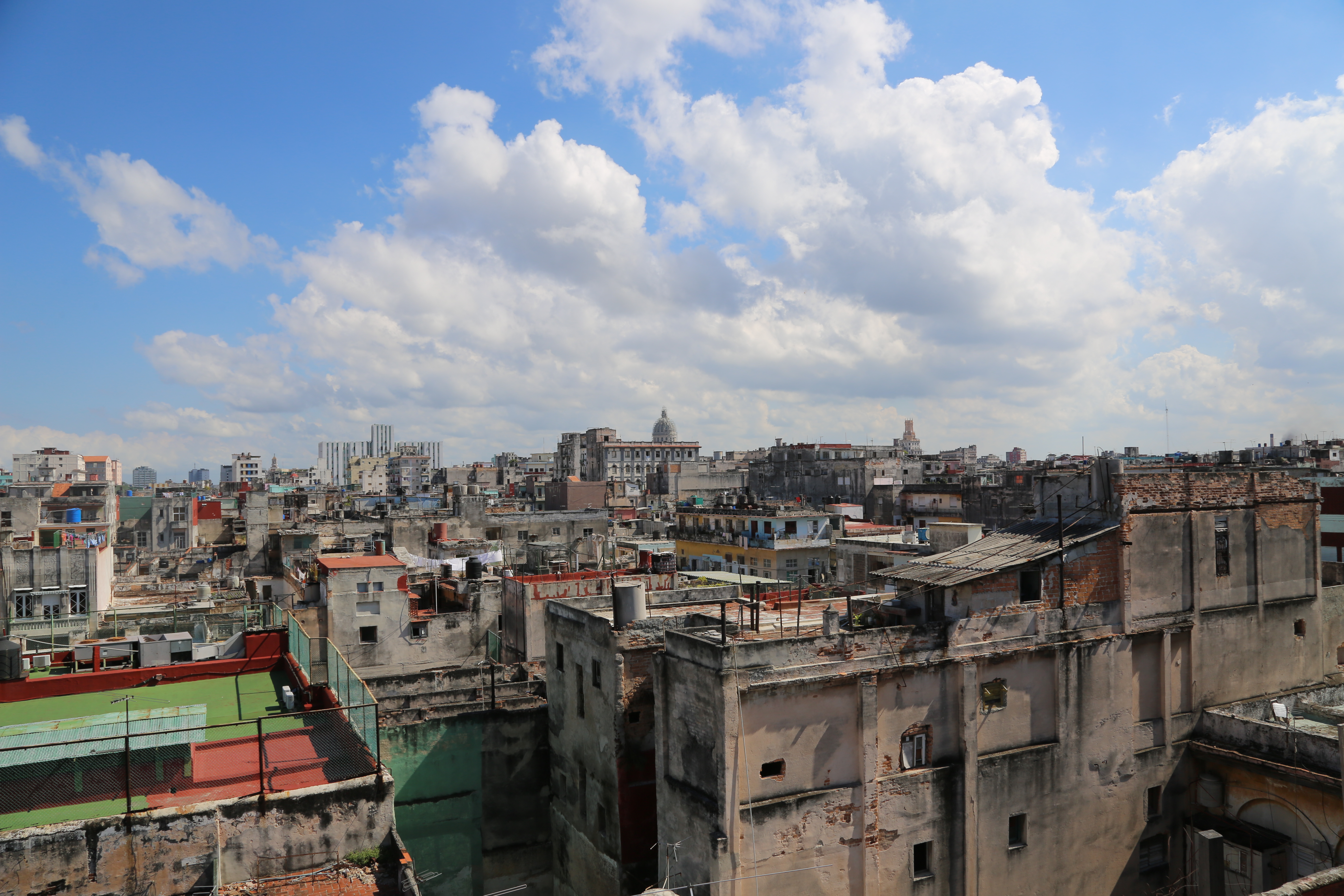 Habana, Cuba, which was called “the rich man’s playground” before World War II, now evokes an air of mystery—a giant question mark. Are there still midcentury cars roaming the streets? Blighted neighborhoods with broken windows and collapsing roofs? Citizens eking out a living after years of oppression?

These, says Andres Levin, the organizer of TEDxHabana, are common misconceptions about what life in Cuba is actually like. “There’s a thriving arts and music scene, and people are figuring out how to use technology, considering the obvious limitations,” he says. “The TEDx format is allowing us to bring these like-minded people together.”

In 2012, Levin and and his wife, CuCu Diamantes, applied for a TEDx license to hold an event in Habana, Cuba — the first TEDx event in the island country. Because Diamantes is from Cuba — and because the two have traveled there frequently — Levin hoped to bring forward-thinking Cubans together to spread ideas and ignite new partnerships. “My inspiration came from the idea that TEDx offers a platform that, for Cuba, will go beyond any political and social boundaries,” says Levin. “Also, I liked the idea that I could bring together both American and Cuban speakers on the TEDx stage that potentially touch on different views on subjects.”

Levin and Diamantes’ TEDx application was accepted, and they were granted the license to hold the first-ever TEDxHabana. But because Levin lives in New York City, he had to apply for a special event license through the US State Department, as all foreign-planned conferences of a certain size must do. After sending off the application for that license, he waited. And waited. Then he waited some more.

Two years after his application was submitted, Levin was granted permission to hold an event in Cuba — as long as it took place within the next six months.

Levin had just six months to organize a TEDx event in a country where many people had never heard of TED, let alone seen a TED Talk. Six months to find speakers and curate a diverse lineup of talks that represented the breadth and diversity of the people of Cuba. Six months to confirm a venue. Six months to let people know the event was happening and that they should attend.

Those six months were full of excitement and unexpected solutions to even more unexpected problems. The biggest challenge that Levin, Diamantes, and fellow organizer Jorge Perugorria faced was educating speakers who had never heard about TED. “We ended up taking DVDs of TED Talks on the road with us and showing them to speakers to teach them the format of a TED Talk,” says Levin. “Some speakers had spoken in front of huge audiences before, but still hadn’t done anything like a TED-style talk. But they totally got it.”

Another challenge posed to the TEDxHabana organizing team was the lack of high-speed Internet in Cuba. There’s Internet in Cuba, but it’s dial-up and not available on smartphones. ”It’s uncomfortable when you’re trying to get things done quickly,” says Levin, “but there’s more human and quality communication. For this event we were able to reach thousands of people instantly via a mass text message — the equivalent of an e-blast.” 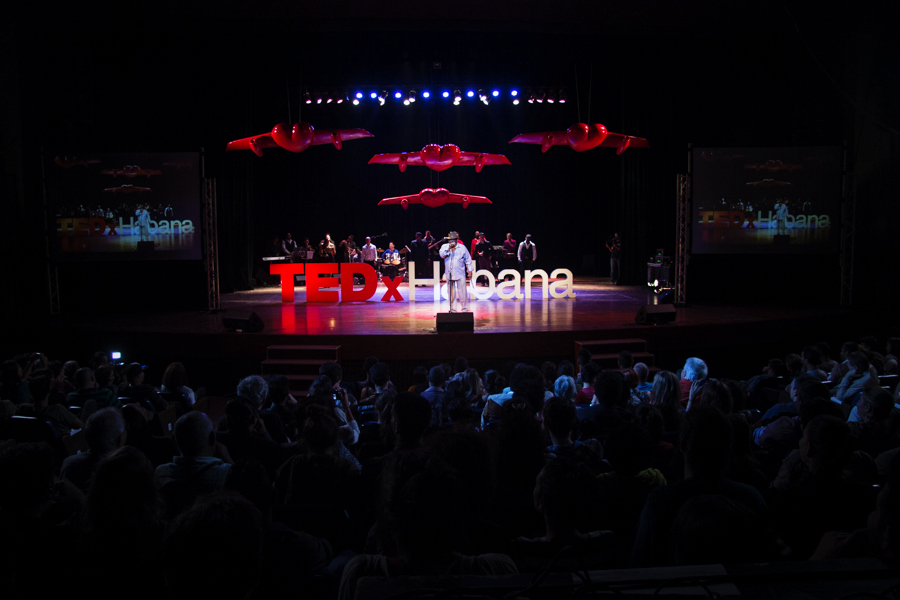 A speaker onstage at TEDxHabana. Photo: Courtesy of Andrew Levin

Yet another challenge: As the day of the event approached, the 300-person venue that Levin had confirmed suddenly became unavailable. He and his team had 72 hours to find a new venue for the crowd they expected — and they weren’t completely clear on how many people would be walking through the door. It was a free event and they had distributed 10,000 flyers around Habana, in addition to sending out that mass text message.

Less than three days before the event, Levin was able to find a new venue — this time, one that held 1,000 people. Turns out the larger venue was an absolute necessity: the theater was packed, and stayed full for all three sessions of the day-long event.

After two and a half years, TEDxHabana finally came to fruition on November 15, 2014.

The theme: “inCUBAndo!,” or “InCUBAte.” The talks and performances all encouraged the audience to think outside of the box in some way and push their expectations of what Cuba can and will be. “I didn’t want every speaker to give a TED-style talk,” says Levin. “I wanted to give TED a Cuban flavor.” 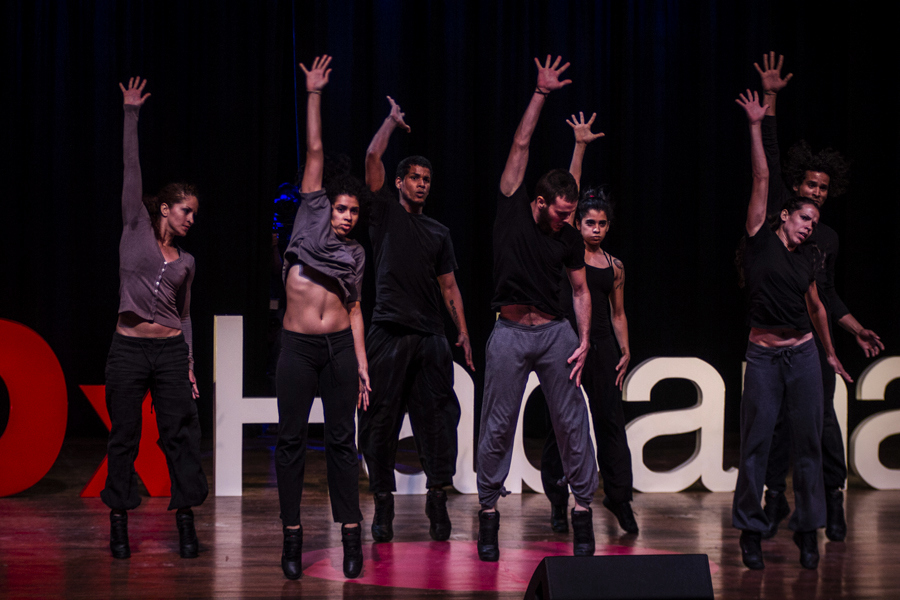 A dance break during TEDxHabana. Photo: Courtesy of Andres Levin

With a cross-disciplinary speaker lineup, Levin covered all the bases. A documentary filmmaker was followed on stage by a cybernetics engineer who was followed by a social worker campaigning against teen alcohol consumption. Talks were given in both Spanish and English, with live translation headsets available to the audience.

A trend that ran throughout the course of the day: the importance, and challenges, of farming without pesticides, as Cuba is completely organic. “They use practices that more developed countries are trying to get back to — but out of necessity,” says Levin. On the TEDxHabana stage, Miguel Salcines spoke about his work as the creator of the largest vegetable garden in Cuba — a 25-acre farm in one of Cuba’s most densely populated urban areas. Closing out the event, a group of farmers freestyle rapped about the day’s ideas.

The varied speaker lineup was matched by an equally diverse audience, which is one of the things Levin says he’s most proud of about TEDxHabana. “Our speakers were diverse and came from different parts of Cuba, and we encouraged them to bring their friends and families,” says Levin. “So our audience wasn’t just university students, and it wasn’t just artists. It was everyone coming together to talk and listen in one place.”

Most exciting of all, says Levin, is that there’s already enthusiasm for TEDxHabana to take place next year. He says that many members of the audience have reached out to him asking to get involved. And he is excited to start planning. Especially with President Barack Obama announcing on Wednesday, December 17, that he was moving to reopen up diplomatic ties between the United States and Cuba, Levin has high hopes that the next event won’t include a two-year wait and six-month organizing timeline. 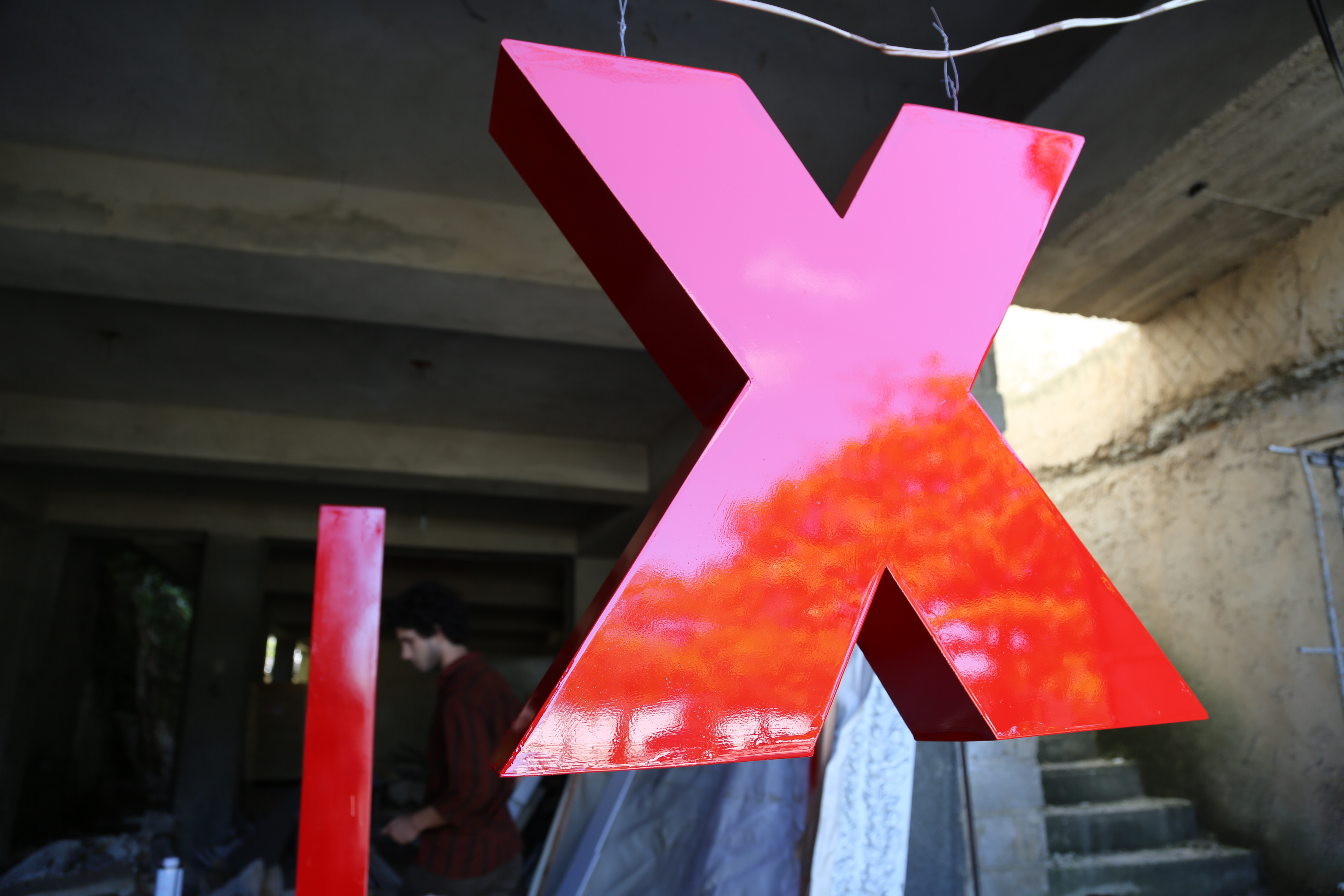 A lacquered ‘x’ at TEDxHabana. Photo: Courtesy of Andres Levin