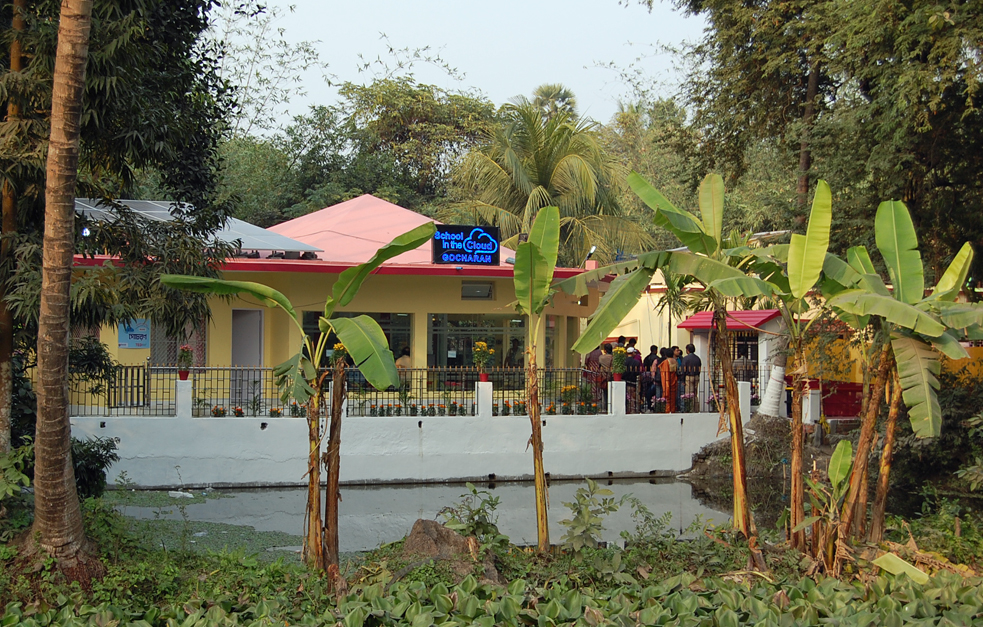 This building is known as Area Zero. Located in West Bengal, India, it is the final — and flagship — lab of Sugata Mitra’s School in the Cloud.

You’ve probably heard of Area 51. But how about Area Zero?

Area Zero is the flagship center of Sugata Mitra’s School in the Cloud, the idea that won him the 2013 TED Prize. It’s the final of Mitra’s labs dedicated to self-organized learning, and it opened this morning in Gocharan in West Bengal, India. A solar-powered building with large glass windows, Area Zero is set among palm trees, with ponds and verandahs on either side. But while the design is sophisticated, the building is for kids. About 120 arrived for today’s opening and quickly let loose on the facility’s computers.

See, Area Zero isn’t a traditional school. Rather than sitting through lectures from a teacher, students in this lab will learn by exploring big questions on the Internet on their own. They will both learn from and teach their peers, as they receive light guidance from an encouraging mentor. Above all, they will get to learn their way. 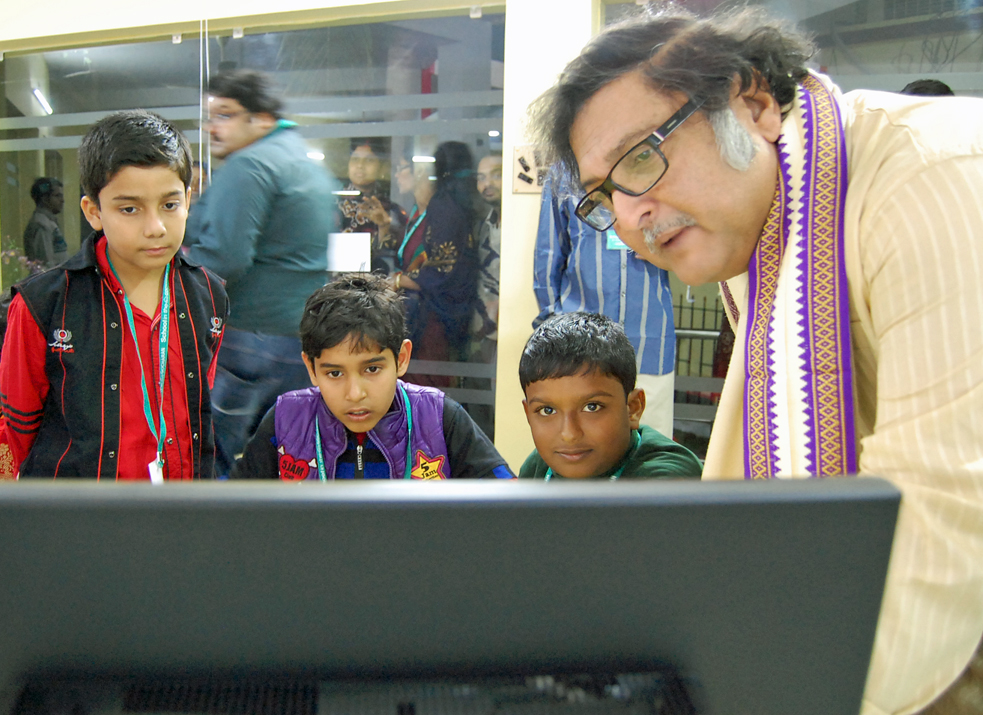 Sugata Mitra has a group of students show him what they are working on.

“My objective for the flagship center is for children to learn and engage — while also examining and documenting the advantage of self-organized learning environments [SOLEs],” says Mitra. “Area Zero is the first facility of its kind, and I’m proud to bring it home to India.”

Mitra has opened six other School in the Cloud labs — two in the United Kingdom and four in different parts of India, as well as a research center called SOLE Central at Newcastle University, where he a professor of educational technology. But Area Zero is the grandest of these labs. Within its sleek building, it has a dozen computers and will accommodate 48 children at a time — a perfect ratio, as this learning method has kids work in groups of four. Sessions at Area Zero will cost 10 rupees, a low price so that most families in the area can afford to send their kids.

While too many children arrived for the opening to hold a proper SOLE session, students did get a chance to work together in groups and learn. Suneeta Kulkarni, Research Director of the School in the Cloud, was on-hand and tells us, “They managed to work out Paint on their own. Within 30 minutes, they were drawing trees and mountains. After accidentally using the eraser tool, they realized that they could undo something and still have a picture. It was fun to watch.” 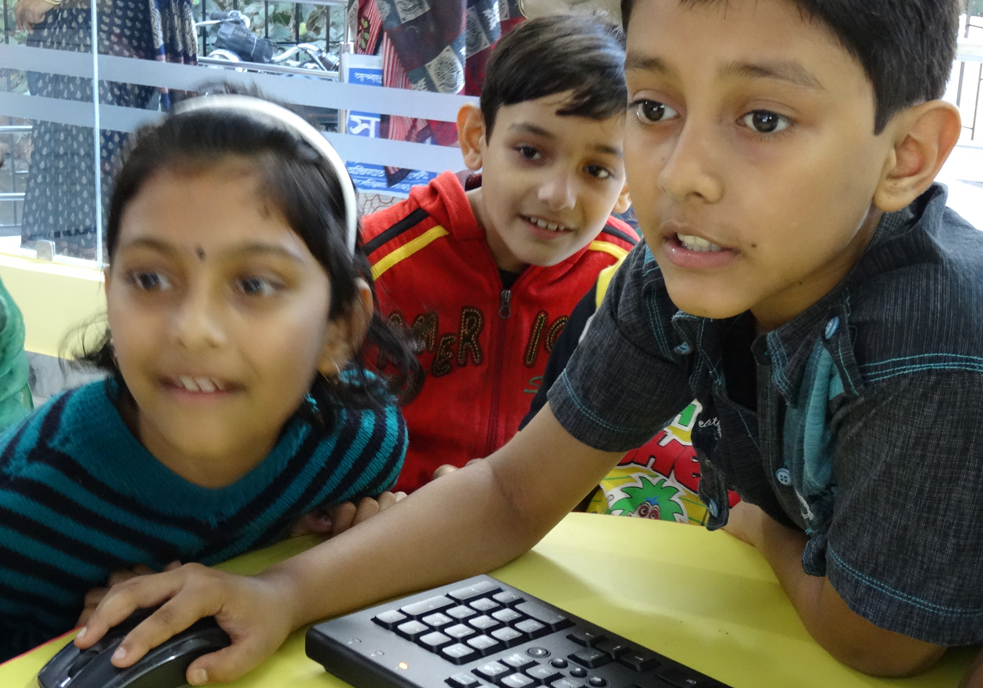 Students excitedly figure out how to use Paint.

Area Zero itself has an unusual shape: its walls form a hexagon. This is meaningful to Mitra, as the hexagon represents the chemical compound benzene and also mimics the basic structure of honeycomb.

“How bees create honeycomb is one of the best examples of a self-organized environment in nature,” says Mitra. “A single bee has no knowledge at all about how it works or comes together, but as a hive they can create this phenomenal structure. And the benzene ring is the basis of all organic life — without it there would be no life at all. I hope this symbolism inspires limitless learning in the lab.”

But even those who’ll never see this lab are welcome to take part in Mitra’s TED Prize Wish. Shortly after announcing his wish at TED2013, Mitra released a SOLE toolkit that has been downloaded more than 67,000 times. More recently, he launched a digital School in the Cloud platform which lets students and classrooms around the world take part in this freeform learning style, under the guidance of mentors called “Skype Grannies.” 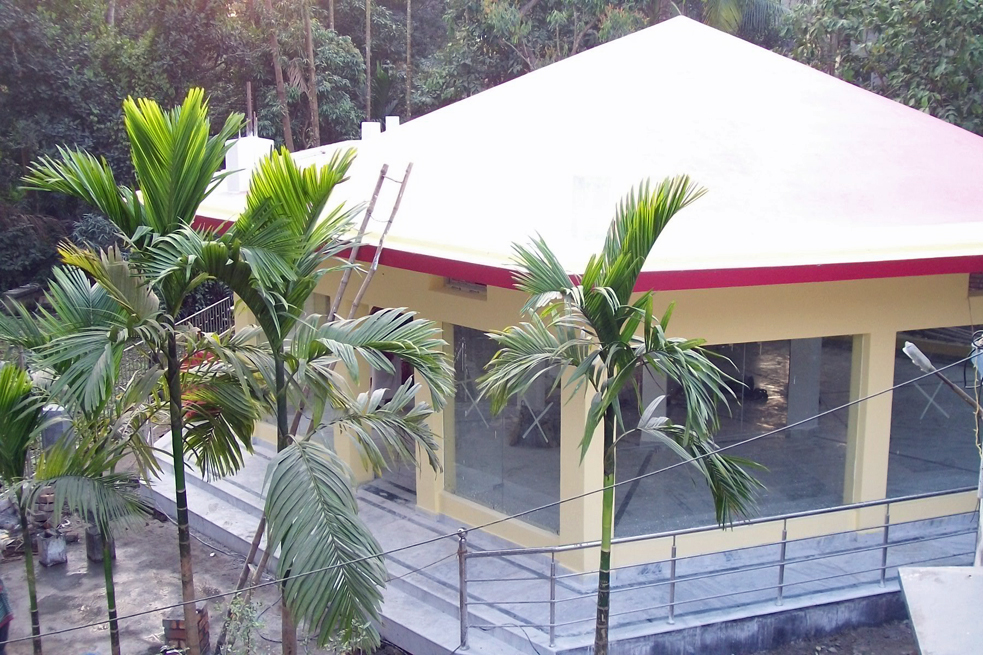 A view of Area One’s hexagonal shape, as it was under construction.

So what, exactly, is up with the name Area Zero? Mitra gave each of the School in the Cloud labs a numerical name based on the socioeconomics of its location — Areas One and Two are located in poorer communities in India and Areas Five and Six are in the United Kingdom servicing better-off communities. These diverse labs will provide a cross-section of data for Mitra and his team to analyze, and will allow them draw conclusions about how to tailor School in the Cloud programs to local communities. Area Zero is located in the highest-need community. And while it was the last of the labs to be built, it was actually the first of them to be imagined. Mitra sketched the hexagonal shape back in November of 2012, in one of his initial TED Prize planning meetings.

“I am incredibly excited to see this vision come to life,” says Mitra. 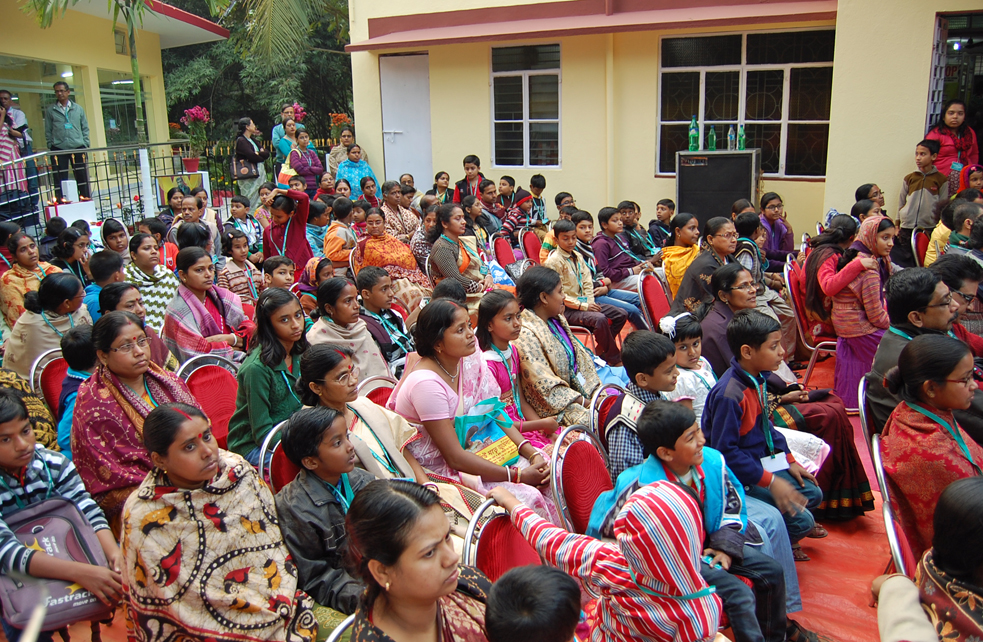 The crowd that gathered for the opening of Area Zero.

Tags for this story:
Educationfuture of educationIndiaSchool in the CloudSugata MitraTED Prize
Follow TED
Subscribe to the TED Talks Daily newsletter.
Related Stories