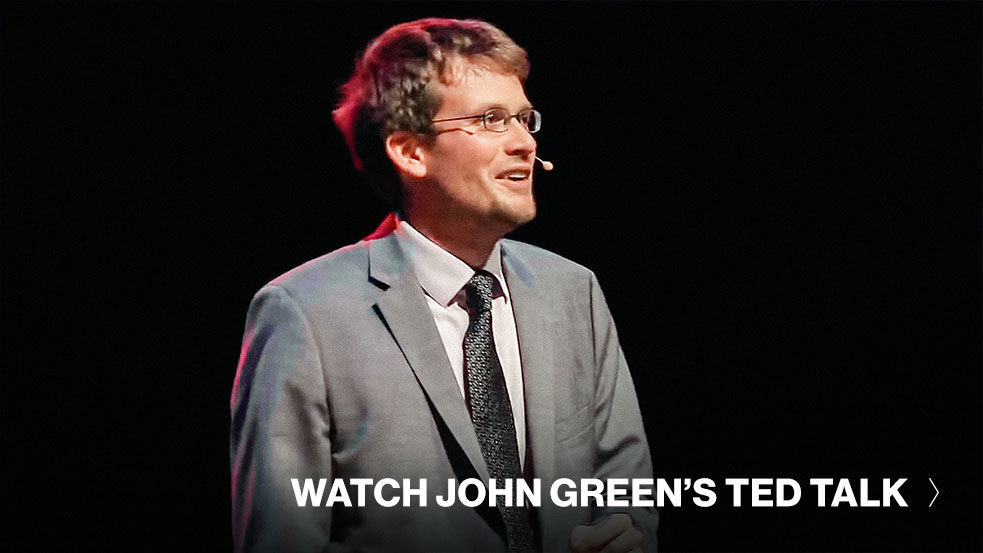 The TED community has been doing some big things over the past few weeks. Below, some newsy highlights.

Let’s interview our elders. This Thanksgiving, high school students across the United States will have an important assignment: Interview a grandparent or elder using the StoryCorps app. The Great Thanksgiving Listen — a partnership of StoryCorps, TED, NPR and ABC News —  is an ambitious effort “to preserve the voices and stories of a generation of Americans over a single holiday weekend.” TED Prize winner Dave Isay appeared on Good Morning America to announce the initiative: “It’s so important for us to understand where we came from,” he said. “But even more important to connect to the people who matter to us.” Audio interviews will be stored at the American Folklife Center at the Library of Congress. If you’re a teacher or parent who wants their student to participate, sign up now and you’ll get an email with the curriculum later this month. (Watch Dave Isay’s TED Talk, “Everyone around you has a story that the world needs to hear.”)

An exoplanet in the Goldilocks zone. The SETI Institute, along with NASA, announced the discovery of a promising new Earth-like planet called Kepler 452b, spotted by the Kepler Space Telescope some 1,400 light-years away from our own solar system. The planet is in the “Goldilocks zone” in its orbit around a Sun-like star – not too hot, not too cold to support the existence of water. Which means the chances of there being life are (comparatively) pretty good: “This planet has spent 6 billion years in the habitable zone of its star — longer than Earth,” said Jon Jenkins, Kepler data analysis lead at NASA. “That’s substantial opportunity for life to arise, should all the necessary ingredients and conditions for life exist on this planet.” (For more on exoplanets, watch Sara Seager’s TED Talk, “The search for planets beyond our solar system”)

The curious life of a made-up town that became real, then disappeared. Can fiction ever will itself into existence? That appears to be the case for Agloe, New York, a fake town that two cartographers placed on a real map as a form of copyright protection — a “paper town.” In a story for NPR’s All Things Considered, John Green shares how, eventually, enough people saw this Upstate dirt-road intersection on a map that it became briefly real. But as Green researched his book Paper Towns, he was disappointed to find, all that’s left of Agloe now is a field and an empty barn. What remains is its legacy as a place that switches between the real and imagined, “The strangest part of it to me is that this place that was imagined, and then real, and then disappeared, and then imagined again through my story — has kind of, in a way, become real again,” Green shared. (Watch John Green’s TED Talk, “The nerd’s guide to learning everything online”)

A TED Fellow goes to Washington. At the first-ever White House Demo Day, TED Fellow Joe Landolina showed how his VETI-GEL can stop serious bleeding in less than 10 seconds. “I was able to demo it, discuss how it came to be and share the vision for how it can change the way we look at wound care,” said Landolina. Other TED Talks stars at the event include Ramona Pierson, who demoed a new search engine, and Luis von Ahn, who showed off Duolingo. (Watch Joe Landolina’s TED Talk, “This gel can make you stop bleeding instantly.”)

Sad news from Jimmy Carter. Former US president Jimmy Carter revealed last week that he is suffering from aggressive cancer. “I will be rearranging my schedule as necessary so I can undergo treatment,” he said in a statement. In the meantime, people close to him predict that he’ll keep on with his work for social justice. “The doctors are going to have a hard time getting him to slow down,” his former communications director told The New York Times. (Watch Jimmy Carter’s TED Talk from this May, “Why I believe the mistreatment of women is the number one human rights abuse.”)

A new TED show for Brazilian TV. TED Compartilhando Ideias (TED: Sharing Ideas) premieres on the Brazilian channel Futura on August 20. Hosted by neuroscientist Suzana Herculano-Houzel, it will explore topics in science, behavior, technology and the environment, adding nuance and new perspectives to a selection of TED Talks. Each of the 26 half-hour episodes feature interviews with Brazilian guests, such as entrepreneur Bel Pesce and engineer Henry Foresti. Watch the trailer for the show. (Watch Suzana Herculano-Houzel,’s TED Talk, What Is So Special About the Human Brain?, and Bel Pesce’s TED Talk, “5 ways to kill your dreams”)