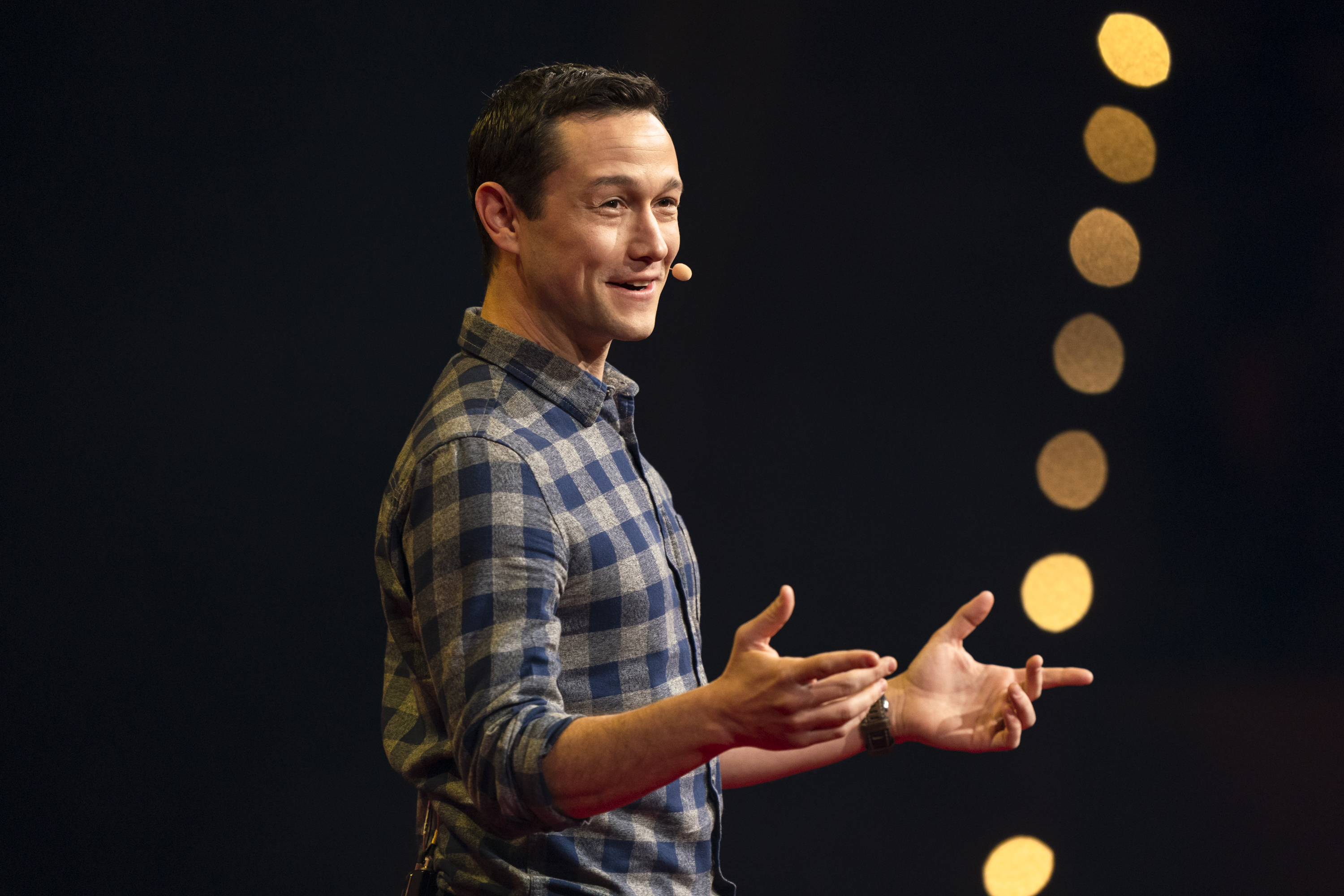 When you see others as partners in creation, that’s when the magic begins, says Joseph Gordon-Levitt at TED2019: Bigger Than Us, on April 18, 2019, at Vancouver, BC, Canada. (Photo: Ryan Lash / TED)

“I’m an actor, so I’m a bit of an expert on … well, nothing really,” says Joseph Gordon-Levitt onstage at TED2019.

Jokes aside, there’s one thing he does know really well: what it feels like to get attention. He’s gotten a lot of it — since he played Dougie on Family Ties in the late ’80s through to his roles in Batman and beyond — and it’s a powerful feeling. He admits that. But the thing he’s come to crave — like, really crave — is sort of the opposite: it’s paying attention.

He paints us a picture of what it’s like on set: “I’ve heard the sequence so many times, it’s become like a pavlovian magic spell: ​rolling, speed, marker ​(clap)​, set, and action​. Something happens to me, I can’t even help it. My attention narrows. And everything else in the world, anything else that might be bothering me, or that might otherwise grab my attention, it all goes away. And I’m just there.”

“If you’re looking for creative fulfillment, that’s the feeling you want to be going after,” he says.

Compare this to creativity on social media, where the platforms are fueled by getting attention, and more and more people are becoming experts at it. In essence, creativity is becoming a means to an end — and that end is to rack up likes, gain followers, get attention. “If your creativity is driven by a desire to get attention, you’re never going to be creatively fulfilled,” he says.

Gordon-Levitt is by no means immune. He’s always know that he does his best work when he’s collaborating — when he’s really locked in on another actor, really paying attention. Yet 10 years ago, something happened: a little thing called Twitter. And he got hooked. He began obsessively checking his follower count, wondering what people would say about this movie or that show, instead of focusing on the work itself.

To be clear: he’s no Luddite. He’s not saying social media is the enemy of creativity. He still loves social media. He even started the collaboration platform HITRECORD, where people gather to create and swap ideas.

But he’s calling for a shift in how we think about creativity, how we make art. And he’s got some ideas to spark that shift. First: try not to see your fellow creatives as competitors. Everybody brings their own experience to the scene — or to the page, the stage, or whatever your pursuit might be — so you don’t have to worry about being special. You can just be honest. And second: collaborate, collaborate, collaborate. “This, more than anything else, is what helps me really pay attention,” he says. “As long as I can focus my attention on them, I don’t have to think about myself or anything else, I just react to what they’re doing, and they react to what I’m doing, and we can just keep each other in it, together.”

So, get out there, meet some people and start creating. If you can do that, well, that’s where the magic happens.