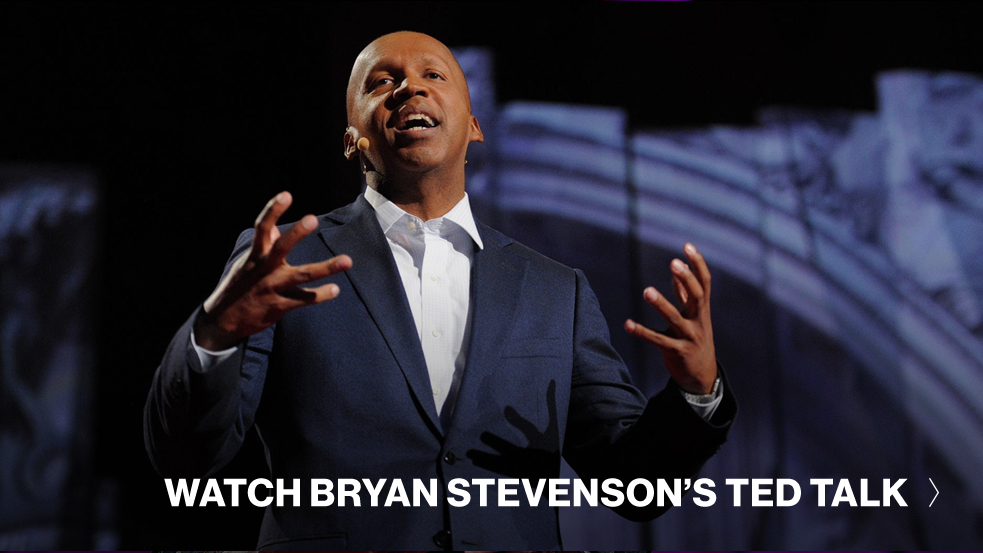 Powerful thoughts on slavery’s legacy. Last week, Bryan Stevenson spoke with The Marshall Project about the shooting at Emanuel African Methodist Episcopal Church in Charleston, South Carolina. In a Q&A, Stevenson shared his thoughts on the deeply entrenched legacy of slavery. “I don’t believe slavery ended in 1865, I believe it just evolved,” he said. “It turned into decades of racial hierarchy that was violently enforced — from the end of reconstruction until WWII — through acts of racial terror. … It is the same narrative that has denied opportunities and fair treatment to millions of people of color, and it is the same narrative that supported and led to the executions in Charleston.” His chilling, humbling words have special resonance today, as news surfaces of another church burning — the seventh church fire since the shooting. (Watch Bryan’s TED Talk, “We need to talk about an injustice.”)

The purpose of awe. It’s a moment — no matter how fleeting — many recognize: when something is so wonder-filled, so inspiring, so beautiful that you get goose bumps. Last month, Paul Piff and Dacher Keltner wrote a piece for The New York Times on why humans experience awe. Their latest research looks at awe as a collective emotion that motivates us to uphold the greater good. “Awe might help shift our focus from our narrow self-interest to the interests of the group to which we belong,” they wrote. (Watch Paul’s TED Talk, “Does money make you mean?”)

A big step for littleBits. Last week, Ayah Bdeir’s startup, littleBits, announced that it has raised $44.2 million in new funding. According to the press release, the company will use it to further invest in STEM/STEAM education, step up their global expansion and create new initiatives. More than anything, Ayah said that she wants to continue to foster the inventive spirit. “Our goal is to have littleBits in every home, every school, every creative space,” she said. (Watch Ayah’s TED Talk, “Building blocks that blink, bleep and teach.”)

Are we running our cars on … dinosaur poop? A new Vsauce video dives into the science of Jurassic World, with insights from paleontologist Jack Horner and actor Chris Pratt. The two are asked some quirky and thought-provoking questions, like: Are we fueling our cars with dinosaur remains? The answer is no. The oil we use today doesn’t come from dinosaur poop, or dinosaurs at all. “It comes from microorganisms and oceans,” Jack says. This is a good thing because, if it did, the fuel wouldn’t last long. “If you took all the dinosaurs that ever lived and … squished them up in order to get the oil out of them,” says Jack, “We’d probably go through that oil in a couple of days.” (Watch Jack’s TED Talk, “Building a dinosaur from a chicken.”)

So … how do I become a TED speaker? Ellis Weiner shared something that’s been on his mind for a while with The New Yorker‘s Daily Shouts & Murmurs. “For several years now, I’ve been concerned with one central question: Can I get myself invited to do a TED Talk? And if so, how?” Sure, he’s got thoughts on Technology, Education and Design — and he’s never at a loss for ideas. But to spark even better ones, he dreamed up some new renditions of the conference: “Technology, Puppies, Design” and “Bacon, Entertainment, Design.” Ideas worth spreading?

The explorer in all of us. TED Fellows David Sengeh, Skylar Tibbits and Manu Prakash have been named National Geographic Emerging Explorers. David was recognized for making 3D-printed prosthetic sockets and wearable interfaces; Skylar was selected for his work on objects that self-assemble; and Manu was chosen for creating Foldscope, a microscope made of paper. This makes 12 TED Fellows who have become Emerging Explorers, so far. (Watch David’s TED Talk, “The sore problem of prosthetic limbs,” Skylar’s TED Talk, “The emergence of ‘4D printing’” and Manu’s TED Talk, “A 50-cent microscope that folds like origami.”)

A cross-section of happiness. What does a cross-section of a happy memory look like? It’s blue and black, flecked with fibers of bright red. When Steve Ramirez and Xu Liu published a new study in Nature about activating happy memories in mice, IEEE Spectrum writer Eliza Strickland found herself fascinated by the image below. By artificially reactivating the happy-memory neurons seen in it, while the mouse was in a stressful situation, Steve and Xu saw something interesting. “Our data suggest that activating positive memories artificially is sufficient to suppress depression-like behaviors,” they wrote. (Watch Steve and Xu’s TED Talk, “A mouse. A laser. A beam. A manipulated memory.”) 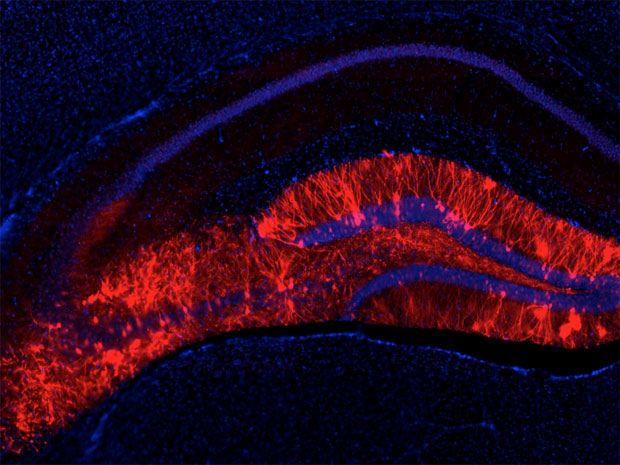 Have a news item to share? Write us at blog@ted.com and you may see it included in this weekly roundup.