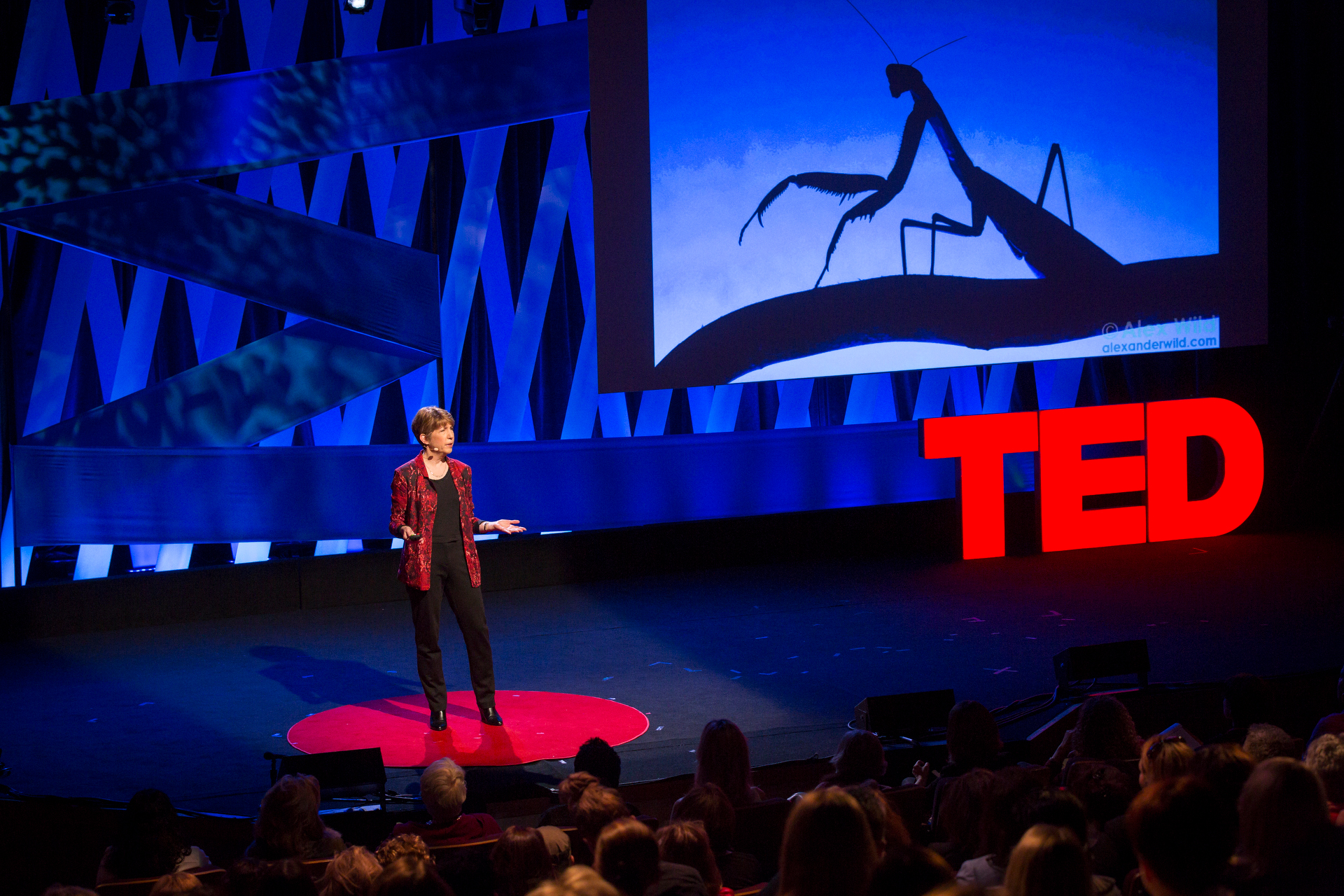 Biologist Marlene Zuk shows just how different gender and sex are in the insect world from what we think of as “natural” for humans. Photo: Marla Aufmuth/TED

Seduction happens in many forms. The speakers in this session highlight unexpected twists on the topic — a romance of dueling banjos, the allure of insects, and our ever-widening definition of love. Short recaps of the talks in this session…

What we learn from insect sex. “You could have an insect-of-the-month calendar and not have to reuse a species for 80,000 years,” says biologist Marlene Zuk. She loves studying insects because their behavior is so different from our own. “The wild variety that we see makes us challenge some of our own assumptions about what it means to be male and female,” she says. Female aphids can make clones of themselves without mating; male katydids offer their partners a nutritious “nuptial gift” while mating, which makes the males very choosy about partners; for bees, wasps and ants, the fiercest and most productive members of society are all female. “People have this idea that nature dictates a sort of 1950s sitcom version of what males and female are like,” she says. “That is just not the case.”

Footprints in the ocean. As land creatures, we’re used to seeing the footprints we leave behind on sand and in dirt. But for bioengineer Kakani Katija, there’s another kind of trail that can be quite telling: the ones left behind by ocean organisms. As they swim, marine creatures leave a hydrodynamic signature — like a footprint we can’t see. Katija and her team use special dyes and a laser-video camera system to study them. This, she says, is part of the emerging field of biogenic ocean mixing. Katija shows beautiful footage of the creatures she studies, often no bigger than an inch long, which can help answer questions like: Are these organisms having any physical or chemical effect on our oceans? How has over-fishing affected the health of our oceans? How can we design the underwater vehicles of the future? Ultimately, says Katija, studying these hydrodynamic signatures will reveal unseen worlds. 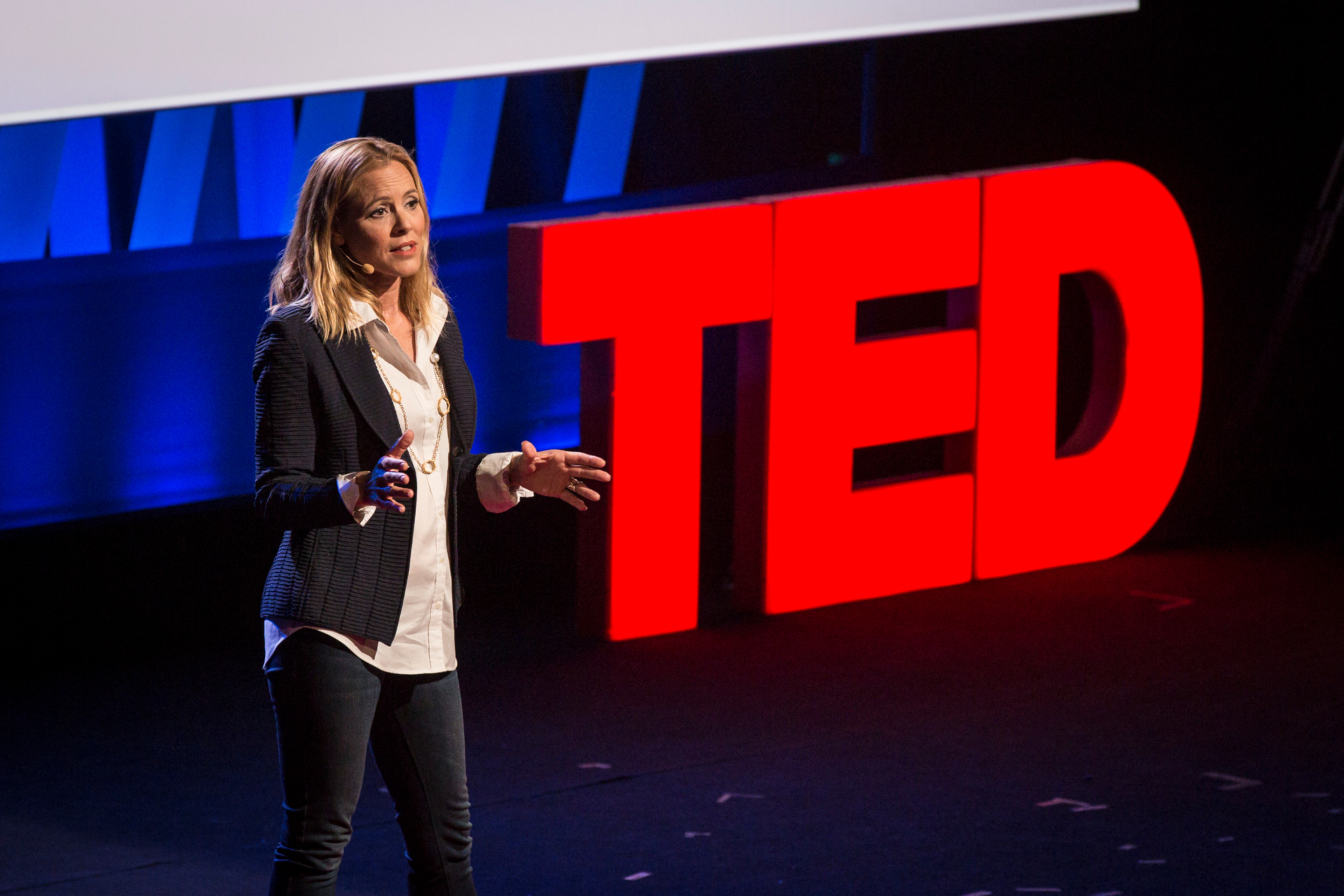 Maria Bello’s son said to her, “It doesn’t matter if you are gay, straight, whatever — love is love.” Photo: Marla Aufmuth/TED

Love and labels. “Who is your partner?” asks Maria Bello. “In our current social construct, the label ‘partner’ means the person you’re having sex with.” Bello has been with men — a longterm relationship with the father of her son, a two-year affair with a married man, a short-term fling that she spent the next year pining over — and she is in a committed relationship with a woman. But the traditional labels of gay, straight and bisexual just don’t work for her. It took a health scare for Bello to really question them. “I was so stuck in the label of ‘partner’ meaning ‘sexual partner’ that I was missing the partners all around me,” she says. “I woke up in hospital and I saw the real partners of my life, the ones who’d be walking with me day to day.” Bello asks us to not to worry so much about definitions. “My hope is that you will get rid of the labels that hold you back and embrace the ones that empower you,” she says.

A trip around the world, scored by the banjo. Under a single blue spotlight, 15-time Grammy-winning musician Béla Fleck took the audience to a front porch in the country with “Flapperette / Red Pepper-Spicy Rag”. He played this ragtime melody while expertly alternating between high and low notes. Then his wife, Abigail Washburn, a TED Fellow, appeared in a spotlight, singing the haunting folk song “Come All You Coal Miners.” With the candor of the old-time Appalachian country, she sang of the toils of workers, “Coal mining is the most dangerous work in our land today/ Coal miner, won’t you stand up and see  / what the dirty capitalist system is doing to you and me?” Next, Béla played an upbeat East African tune called “Matitu,” emulating a coastal vibe. Then, Abigail sat next to him to duet on “Taiyang Chulai,” a Chinese folk tune that Abigail sang in the original language. They ended with a twist on the American folk song “Railroad,” playing out its famous melody in minor key as they sang, “I’ve been working on the railroad all the livelong day.”

An inside look at Islamic extremism. Mubin Shaikh was “bit by the jihadi bug” when he was 19. Born and raised in Canada, he traveled to Pakistan to study his religion — and there found himself captivated by a group of extremists who encouraged him to embrace a violent interpretation of his religion. In his talk, Shaikh shares the even more interesting story of how he was de-radicalized, and eventually became an undercover counterterrorism operative. He has thought a lot about how radicalization happens, and shares his thoughts on how to stop it. Read more in a full recap of this talk »

A crisis line for teens. Nancy Lublin doesn’t want to build mobile tech to help you find Chinese food at 2am or to swipe right to get laid. Through the Crisis Text Line she runs, teens can text a crisis counselor if they have a suicidal thought, a heavy question or just whenever they need someone to talk to. It started in 2011, when a staff member for DoSomething.org – Lublin’s youth activism platform — received this text message: “He won’t stop raping me. It’s my dad. He told me not to tell anyone. Are you there?” Shattered and moved to action, Lublin launched the crisis line, which has received more than 6.5 million text messages in the past two years, each going to a trained counselor. Looking at the texts as a data set has surfaced some insights that make the counselors better: Texting the words “numbs” and “sleeve” is a 99 percent match for cutting; texting “mg” and “rubber band” is a 99 percent match for substance abuse; and texting “sex,” “oral” and “Mormon” correlates with questioning if you’re gay. The worst day of the week for eating disorders? Monday. The worst time of day for substance abuse? 5am. All this information feeds back to the counselors who can rapidly pull up relevant information to help the kids who text in. Lublin never did hear back from the girl whose father raped her. But she says, her voice catching, she thinks of her every day. 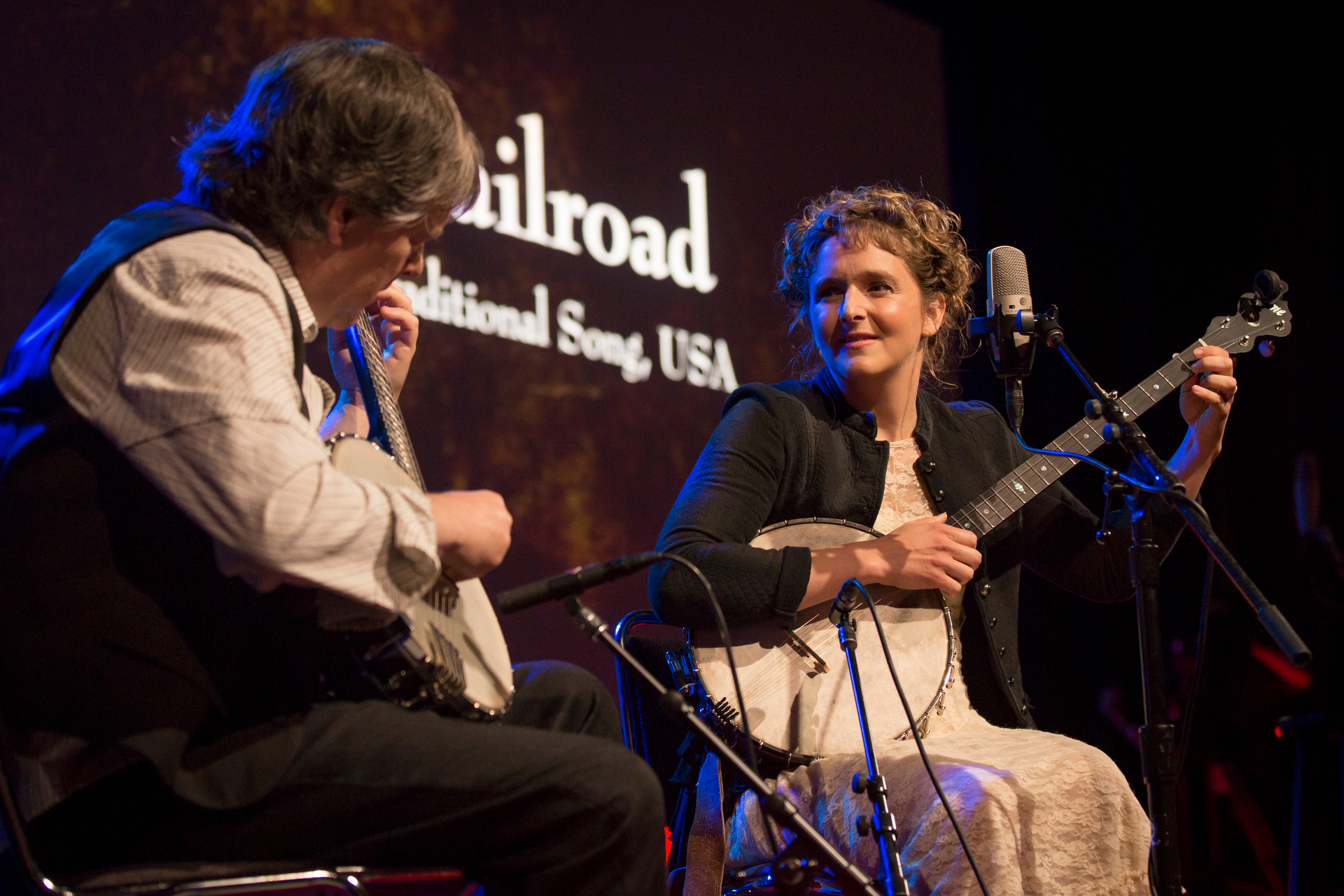 Béla Fleck and Abigail Washburn are married. And at TEDWomen, these two banjo players took us around the world in song. Photo: Marla Aufmuth/TED