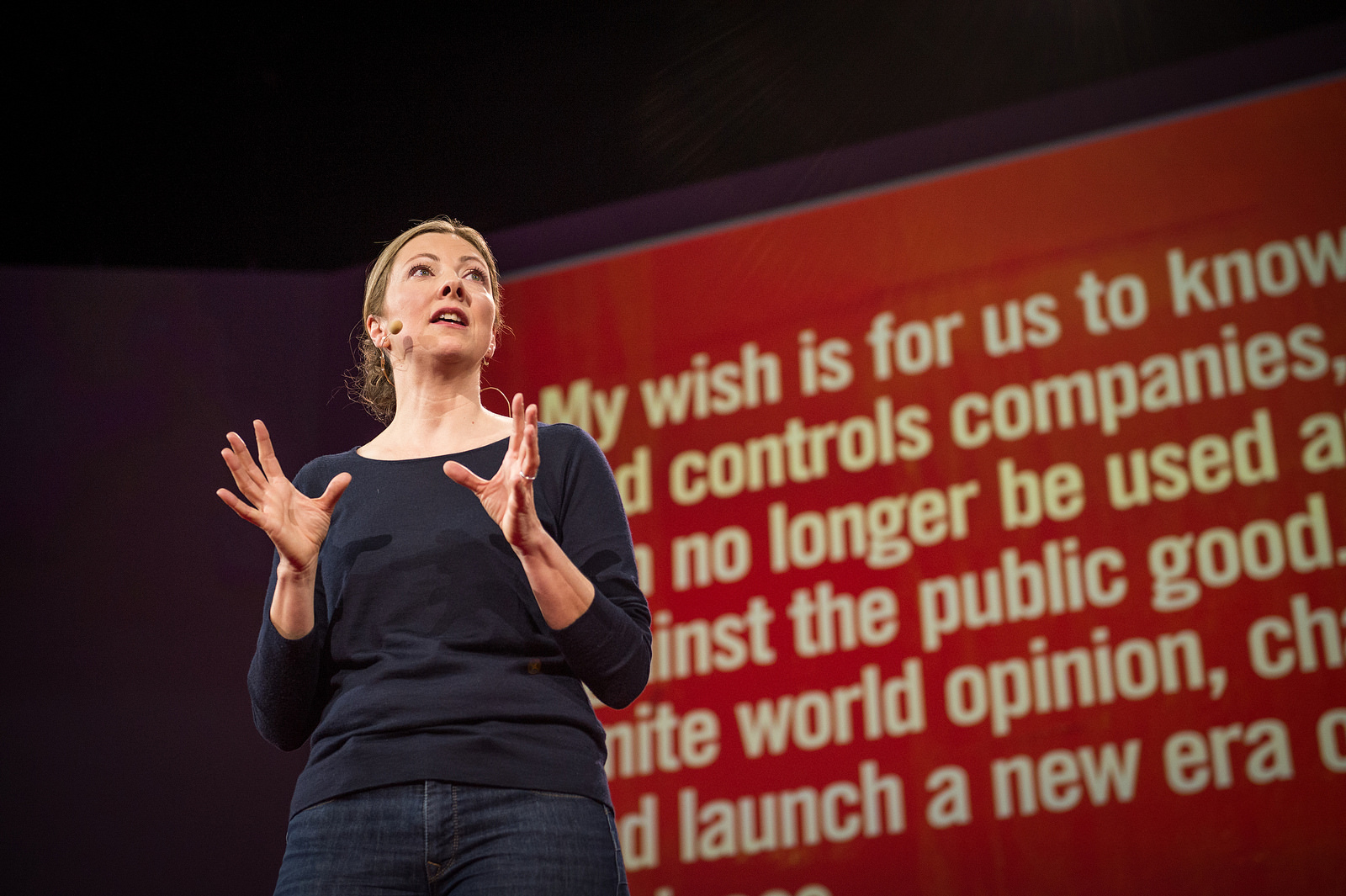 TED Prize winner Charmian Gooch has worked for years to end anonymous shell companies. At TED2014, she gave the audience a look at how anonymity feeds corruption. Yesterday’s release of the Panama Papers illustrates her message, with 11.5 million documents that paint a picture of a global network of anonymous dealings. Photo: James Duncan Davidson/TED

The Panama Papers, revealed yesterday, represent the largest data leak in history – a total of 11.5 million files from the Panama-based law firm Mossack Fonseca, which among other services incorporates companies in offshore jurisdictions like the British Virgin Islands, the Bahamas and the Seychelles. The contents of the leak point to the offshore holdings of 140 politicians and public officials from more than 50 countries, as well as to numerous celebrities and members of the global elite. The revelations in the papers have jaws dropping all around the world. But they’re not a huge surprise to Charmian Gooch, winner of the 2014 TED Prize. “It’s really exciting, isn’t it, that this secretive world is being opened up to global public scrutiny,” she said over email.

Gooch and her organization Global Witness have been calling attention for years to the issue of anonymous companies and how they enable corruption. In her talk at TED2014, Gooch wished to create a public registry of who owns companies, to make the anonymous ownership a thing of the past. To the team at Global Witness, the Panama Papers prove the importance of this mission.

“This investigation shows how secretly owned companies … can act as getaway cars for terrorists, dictators, money launderers and tax evaders all over the world,” says Robert Palmer of Global Witness. “The time has clearly come to take away the keys.”

Watch BBC One’s Panorama tonight for Global Witness’ take on The Panama Papers, and what can be done to end anonymous companies and open up tax havens. For a crystal-clear explanation of why anonymous companies are problematic, watch the TED-Ed animation below and check out Charmian Gooch’s TED Prize talk.

And for more on the issue of global corruption: