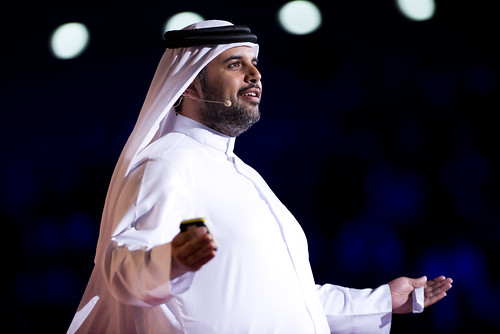 TEDxSummit Opening Night marked the start of a week-long global gathering of 650 TEDx organizers from over 90 countries, to celebrate “The power of x”. “X began as a superscript”, TED curator Chris Anderson explained, “to denote an independently organized event, but now it has come to signify a multiplier”. The multiplier effect encompasses ideas, imagination, creativity, expansion, collaboration, diversity and inspiration. As the spectacular Katara amphitheatre glittered in the night—refusing to be outdone by Doha’s illumined skyline—H.E. Sheikha Al Mayassa bint Hamad bin Khalifa Al Thani welcomed guests via Skype to the TEDxSummit, an inaugural event for TEDx organizers around the world to further conversation, embrace new ideas and translate these ideas into action as humanity works towards its shared future.

As the call to prayer echoed across the city, curator Bruno Giussani kicked off the summit. The international speakers were as diverse as the audience, featuring Raghava KK—an artist with an outrageous 200 year plan, William Noel—a rare book scholar committed to making ancient manuscripts available on the web, Wolfgang Kessling—a physicist designing Qatar’s outdoor solar-cooled stadiums, Diana Laufenberg—a history teacher who spoke about how to learn from success, and the ever-popular TED speaker Hans Rosling—who spoke about the correlation (or lack thereof) between religion and the number of babies women have worldwide . Maz Jobrani, an Iranian-American comedian, had the amphitheatre in splits with his insightful, hilarious takes on Qatar including jabs at it hosting the FIFA 2022 World Cup in the summer (“I have the tagline for FIFA 2022: Not just the year, also the temperature!); the Arab custom of greeting with a dubious number of kisses; and the pace of constructing buildings in Doha (“When I was here six months ago, the W hotel was just a V!”).

Nesrin Ozalp, director of the Sustainable Energy Laboratory at Texas A&M University in Doha, presented her groundbreaking research on a process she terms ‘solar cracking’, the use of concentrated solar energy to split natural gas into its basic components: hydrogen and carbon.

Fahad bin Mohammed Al- Attiya , Chairman of the Qatar National Food Security Programme, took the audience back in time to the 1940s, when Qatar’s population was a mere 11,000 and people lived as nomads. “There was no water, energy, education or hospitals,” said Al-Attiya “but all this changed with the discovery of oil in 1939”.

Yahay Alabdeli, an Iraqi refugee, returned to his country for the first time in 34 years to organize a TEDx event in Baghdad. Inspired by an Arabic poem he heard at a TEDx event in Rotterdam, Alabdeli said, “After 34 years of looking for identity, looking for home, this poem gave me all the answers I had been looking for.”

Through the evening, Zain Awad, a radiant Jordanian singer and pianist with a gorgeous voice, performed songs in Italian, Arabic and English. “I am so happy and so proud to be here, at this TEDx Summit in Doha. I really believe in the power of music to change the world,” she affirmed 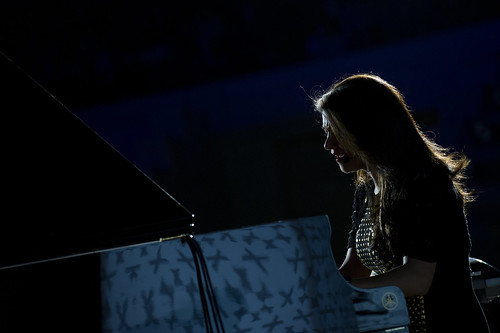 There were a lot of firsts that night—the first global TEDxSummit, the first official TED event in the Middle East, the first time a TED conference had been streamed live online. Yet perhaps one of the most poignant of these firsts, was the opportunity to hear authentic stories from the Arab world, told in their own voices. “For so long, our stories have been told through Western voices and Western lenses,” H.E. Sheikha Al Mayassa said, “It is time for the world to hear us speak in our own voices.” Such is the power of telling stories in a different way, or ‘the power of reframing’—the aptly-titled theme of the opening night. If the TEDx Summit is a harbinger of the world to come—a world in which borders and boundaries are replaced by collaboration and community—beginning with a region that has for too long been besieged by misunderstanding and conflict; then speak, world. Speak, and we will listen. 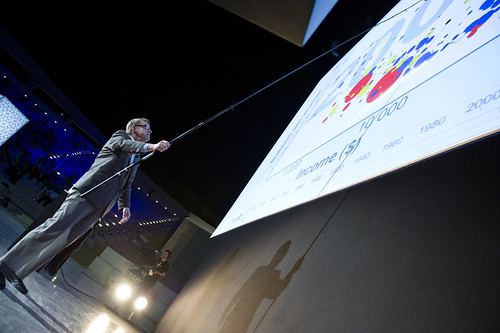 Tags for this story:
TEDxSummit
Most popular
Get the TED newsletter

New talks released daily. Be the first to know!

Each week, TEDx chooses four of our favorite talks, highlighting just a few of the enlightening speakers from the TEDx community, and its diverse constellation of ideas worth spreading. Below, give this week’s talks a listen. Why you hate math: Laura Overdeck at TEDxWestVillageWomen When dining out, how often do you slide your check across […]

The TEDx workshop: The community matures and continues to expand globally

When more than 300 people gathered on Sunday, February 24th, at the Merv Griffin estate for the fourth annual TEDx Workshop at TEDActive, TEDx Director Lara Stein took a look back at the program’s amazing 2012 milestones — the TEDxSummit gathering in Doha, over 5,000 TEDx events and 20+0 TEDx Talks on TED.com. She also […]