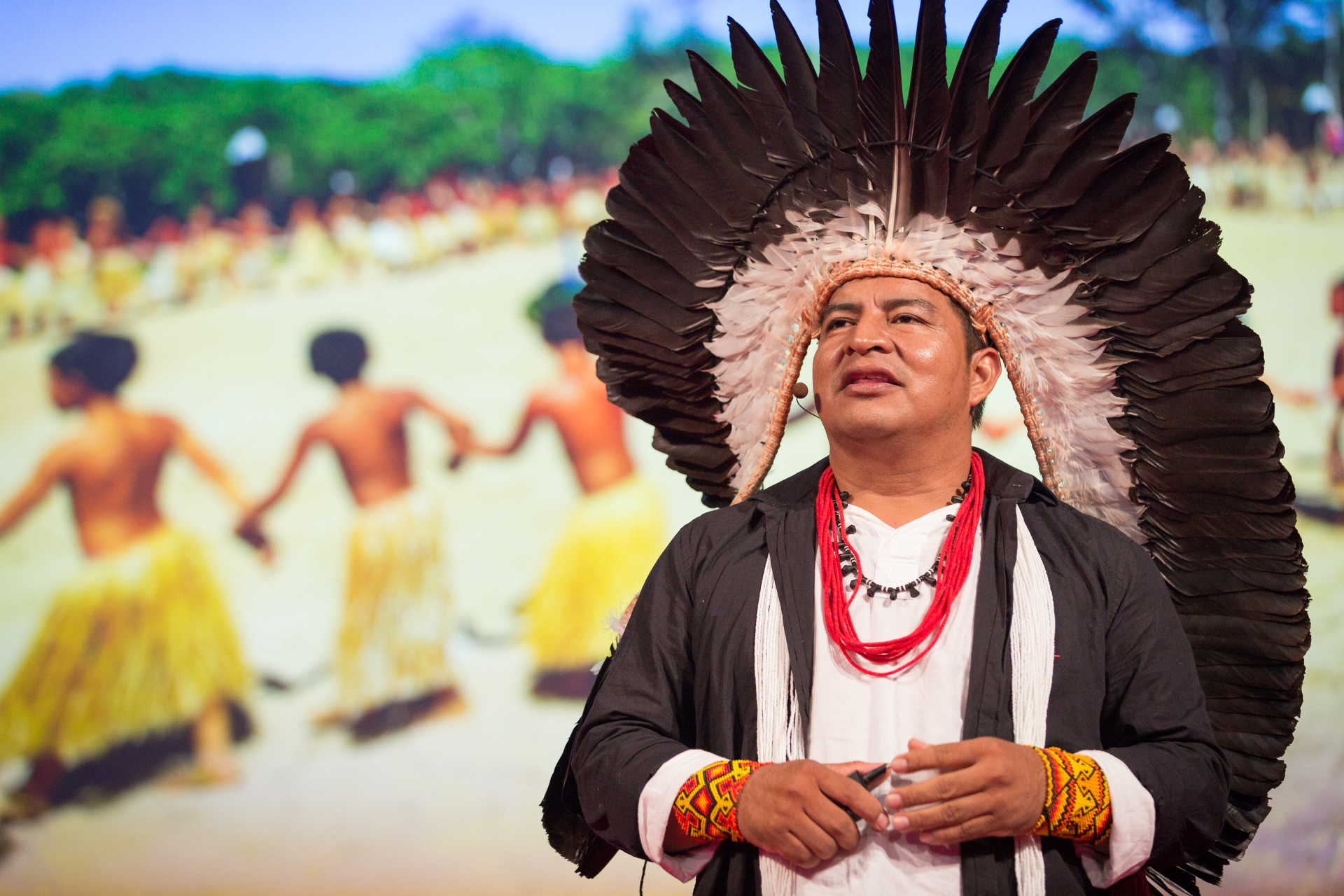 Chief Tashka of the Yawanawá, an indigenous people of the Amazon rainforest, opens with a song, as is traditional of his people’s gatherings. He then begins to tell the story of Brazil’s indigenous rights movement that developed in the ’70s and ’80s, when many young people from the indigenous population (who make up about 1% of Brazilians) started moving to cities to study, following violence and assimilation efforts against their communities. His people and others raised their voices for the ownership and demarcation of their land, but most of all for the right to have a say in their own future. “They were treating us like children,” he says. “As if we were not responsible for ourselves, for our futures.”

Slowly, progress was made, and the Yawanawá were able to assert their legal claim to much of their land. But unfortunately, he says, the government still does not give the due attention to indigenous people. In 2003, he requested a revised demarcation of his people’s land, as some of their sacred places still fell outside of its boundaries. The request was denied.

What’s needed is a better lobby. FUNAI, the National Indian Foundation of Brazil, is very old-fashioned, and long, bureaucratic procedures complicate matters every step of the way.

Of course, the rainforest is not just for indigenous people. “It’s for every human being. When you walk in the rainforest you feel peace and harmony.” But for the Yawanawá, who survive largely on hunting and fishing, the land means life itself. “We don’t have a McDonald’s on the corner,” he jokes.

There is also particular significance to the local medicinal plants, which are used by shamans to cure the sick, those whose body and soul are not in harmony according to Yawanawá beliefs. The plants are central to Yawanawá culture, but have also been historically exploited, one of the main natural resources that led to early interference by Western society. Now, though, the Yawanawá are working toward a better way to distribute their resources to outsiders. They’ve formed a partnership with the American cosmetics company Aveda, who use the red dye of their urucum plants. The Yawanawá use urucum for ritual body painting that symbolizes health, happiness and beauty, and Aveda has incorporated the dye’s cultural significance into their packaging of the products. Proceeds from the relationship are going to fund education and social projects for the Yawanawá.

Collaborations like these are important because, as Tashka says, “We are all connected. Whatever you do affects me, whatever I do affects you. We have to take care of each other.”