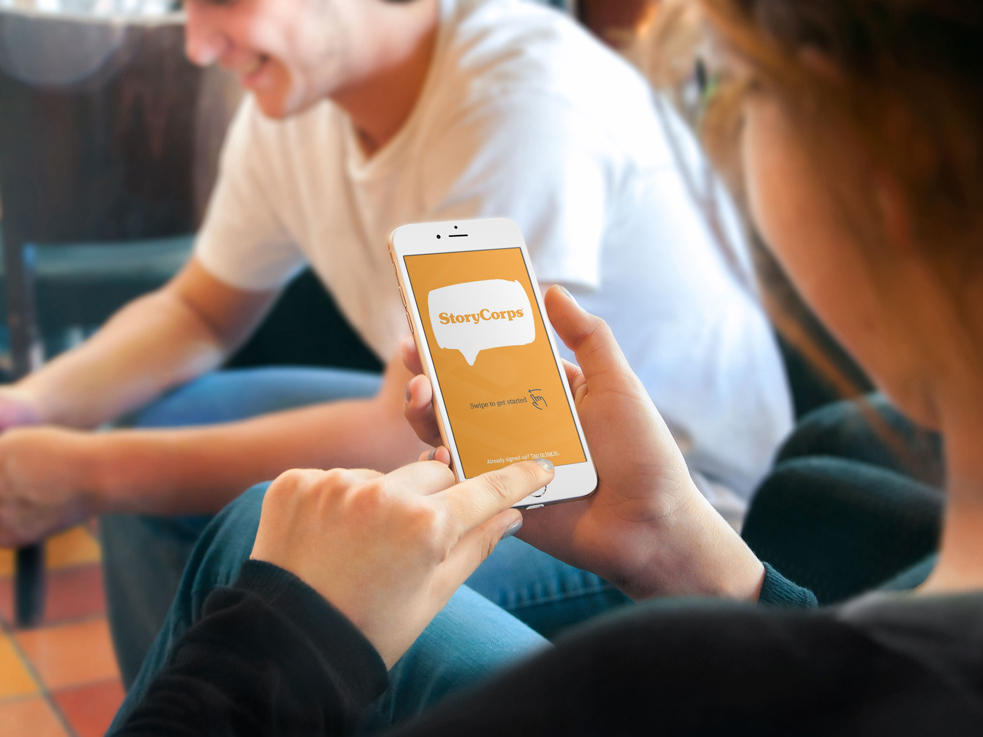 An attendee at TED2015 downloads the StoryCorps app. Our developer was tweaking the app with just seconds until the launch. Photo: TED

When we started StoryCorps in 2003, at first, no one came to the booth we’d set up in Grand Central Terminal. I knew that doing an interview would be an incredible experience for people, but it was a hard sell. So when we launched the StoryCorps app at the TED2015 conference, I expected silence. I thought that we’d have to create pressure points to get people to try the thing.

Silence would be natural, but that’s not what we got. We’ve had more than 150,000 downloads already and more than 1,000 interviews recorded so far. And we haven’t even gotten out of beta yet. It feels like those early days when we had no idea what was going to happen next.

This could be the second most important moment in the history of StoryCorps. It’s the rebirth of our organization. This is a game changer for us.

Launching the app at TED was an incredible experience. We were welcomed with open arms and the audience was rooting for us. It was a bit of a blur, to be honest. While I was giving my TED Prize talk, “Everyone around you has a story the world needs to hear,” at the main conference in Vancouver, our app developer was at TEDActive in Whistler. During the talk, he was tweaking the app with just seconds to go before the release.

I later joined him in Whistler. On the way back, I got to listen for the first time to a few of the stories that were coming in. They were not the standard StoryCorps stories. There I was, listening to a recording from two people talking in their basement in Topeka, Kansas. It was a beautiful thing to hear people using this thing at home. It was an amazing moment.

People using the app are much younger than the typical StoryCorps participant. It’s really seemed to catch on with college kids. People are talking to each other in their dorm rooms.

We have an interview where a granddaughter interviewed her two old Chinese grandparents — she crawled into bed with them to talk and take a selfie with them. People are laying in bed talking to each other. I tend to think of the StoryCorps booth as really intimate, but the interviews done with the app reveal another level.

What’s amazing is: these interviews are getting listened to. So far, we have about 50,000 subscribers — I didn’t think we’d be there for months. A story will post and, five minutes later, it has 50 listens. That’s powerful and unexpected.

My team recently formed a group to start listening to what is coming in through the app. I have someone leading a team of volunteers as they listen to each of these interviews, and he always has a great anecdote for me whenever I pass by his desk. One idea we have is to start editing an excerpt of the day and highlighting it on the app, as well as on StoryCorps.me. That’s exciting.

Going forward, we’re also going to add a few more warm-up questions to the app, and maybe move around the order of the questions presented. One thing that’s surprised us is how much people want to talk about spirituality and god, by a factor of 100 times more than I expected. That was a surprise.

The only way I can describe what’s happening: it’s this thing forming in front of my face. At TED2015, Joseph DeSimone gave a cool talk where he had a pool of liquid and out from that pool emerged this fully formed 3D object. That’s what the app feels like. There’s this thing rising out of the pool, taking shape, becoming clear. It’s beautiful to see.

People have told me that they want to take the app and work with Ebola survivors in Sierra Leone, or take it into refugee camps in Rwanda. Brandon of Humans of New York encouraged his followers to use the app to learn how to have meaningful conversations with strangers. There are endless possibilities, and it is absolutely transformational for StoryCorps. We are unlocked from the booth. We don’t know the next shape our organization is going to take, but we know it’s going to bring StoryCorps to many, many more people.

People are using the app to connect to others. Nothing could make me happier. 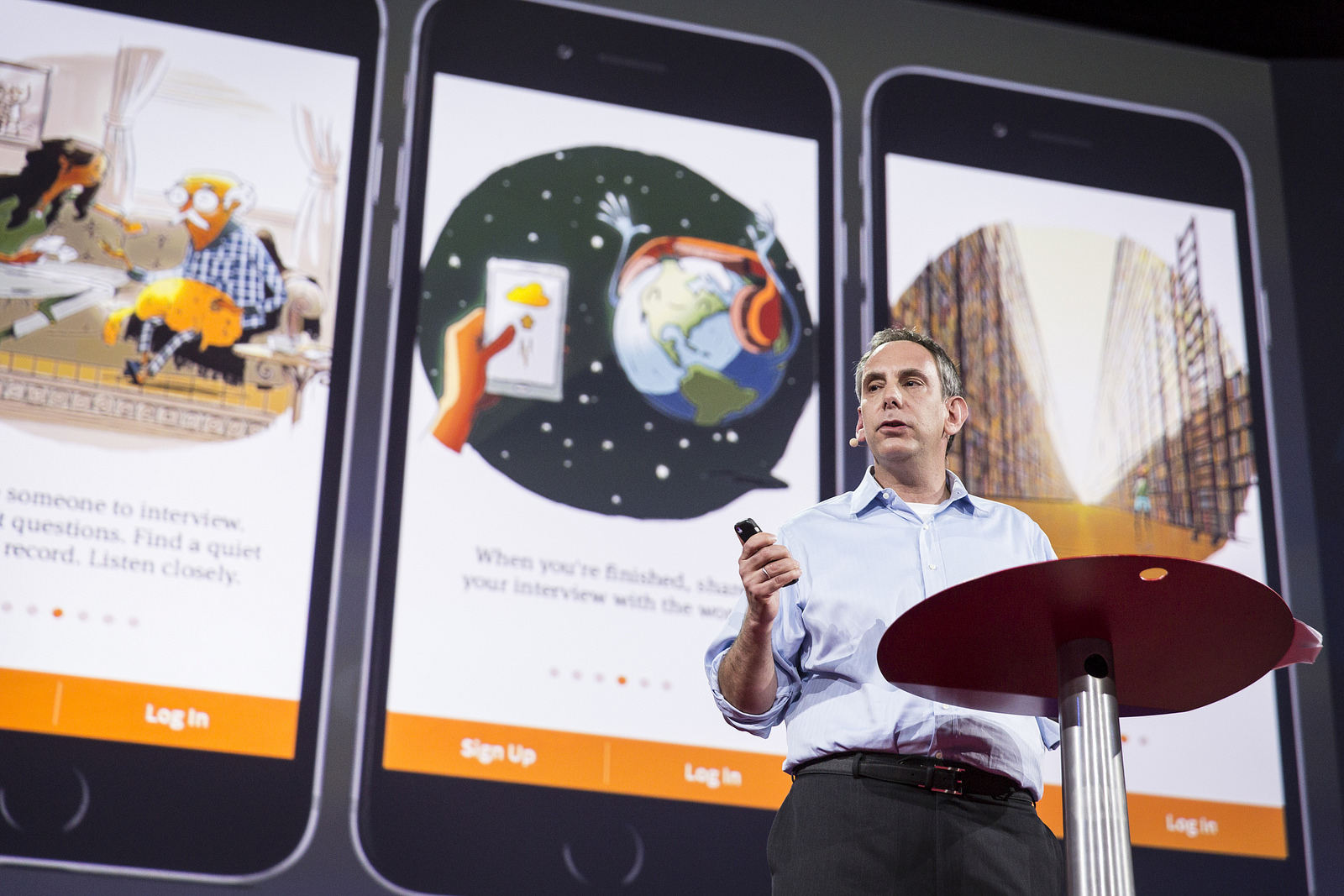 Me on stage at TED2015, revealing our app for the very first time. Photo: Bret Hartman/TED

Dave Isay, the founder of StoryCorps, is the winner of our 2015 TED Prize. In a talk at TED2015, he shared an audacious wish for his organization: to take it global with a free app. Stay tuned for this column every other week on the TED Blog, as we chart the evolution of his TED Prize wish.