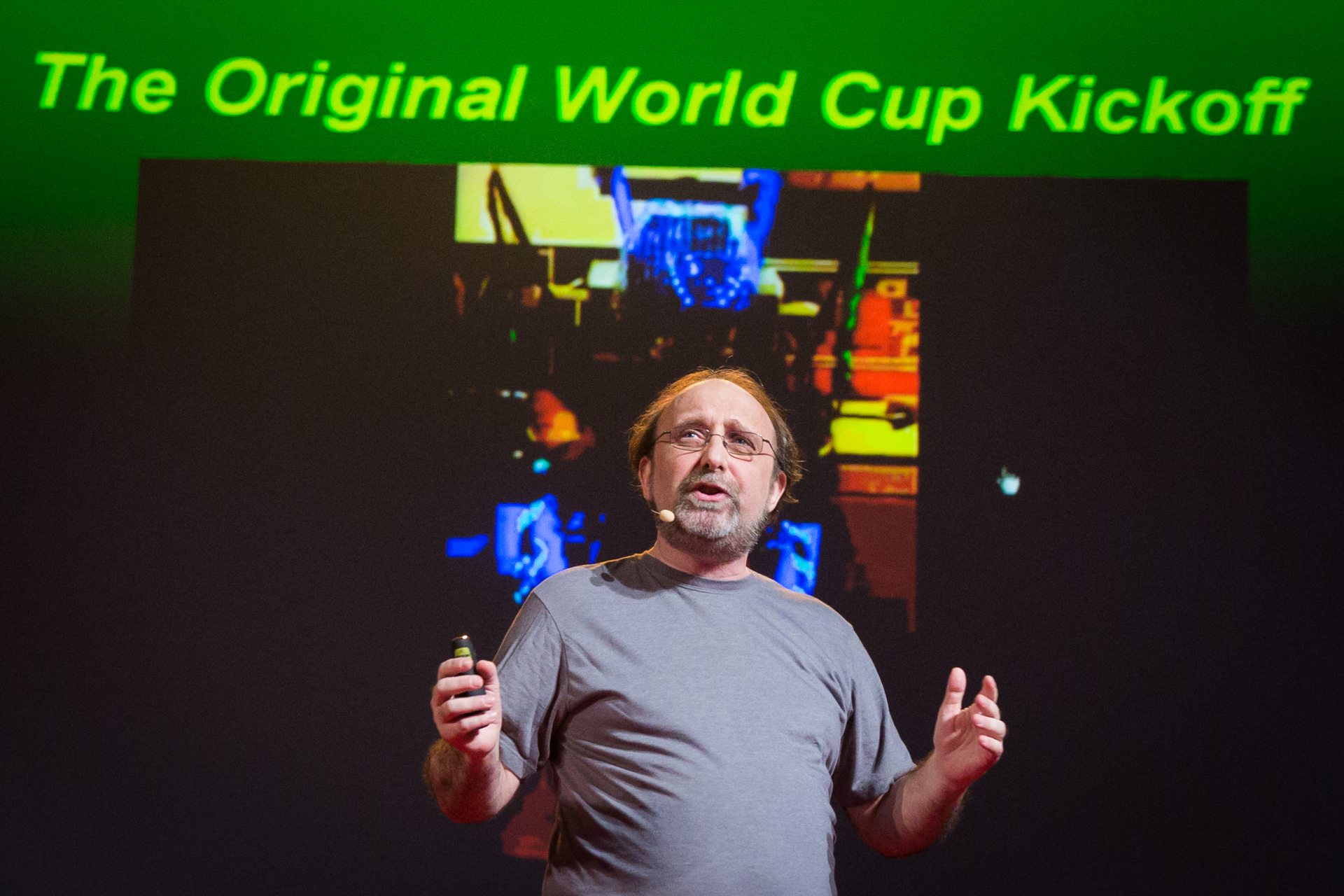 This summer, the country that perfected soccer proved it’s just as formidable a foe off the pitch as it is on. On the first day of the 2014 World Cup, 29-year-old Juliano Pinto, paralyzed from his chest to his toes, did the seemingly impossible: He gave the opening kick just by thinking.

Eighteen months earlier, Brazilian neuroscientist Miguel Nicolelis and a team of 156 researchers from 25 countries formed the Walk Again Project. Says Nicolelis at TEDGlobal 2014, the goal was “a gift to the 25 million people around world who cannot move because of spinal cord injury.” And they succeeded: Together the scientists built a robotic exoskeleton that uses a brain-machine interface to allow a person to control a vest with only their thoughts.

How does it work? The exoskeleton uses EEG to read signals from the brain, and in a matter of seconds a computer extracts the brain’s motor planning. The computer then converts these specific messages into digital commands that are sent to a mechanical device that reproduces those movements in space. The final step is a message sent back to the brain to tell it the goal has been completed. “It’s not rocket science,” Nicolelis joked, “just brain research.” Um, right.

Nicolelis has worked on similar projects with monkeys in the past, and he’s not going to stop at one kick. He shows how one of his patients, Bruno, was not only able to walk using the exoskeleton, but actually can experience the sensation of walking on the ground. A shirt with built-in sensors on Bruno’s arm talks to sensors in his feet. Changes observed in the feet create micro-vibrations in the arm, which in turn gives the brain feedback that body itself is moving, not being moved by a robot. The result is Bruno feels like he’s walking on the sandy beach he used to visit before his accident, nine years ago.

And Nicolelis isn’t even close to done. Now he’s working on brain-to-brain interfaces between animals, so one can send a “mental SMS, a torpedo,” to another. He shows two rats in two different cages, connected by microelectrodes. One rat has several levers to choose from, and receives a reward each time it chooses the correct lever, indicated by a light. The second, connected rat, in a separate cage, is given the same number of levers. And seventy percent of the time, it chooses the correct lever … without a light to tell it which one is correct. And wait, wait: There’s more! Nicolelis is working on getting three monkeys to solve basic problems, like moving an object, together — simply through thought.

Where is this all going? Says Nicolelis, “The limits of your imagination.” After all, he says fondly, “We’re just scientists. We’re paid to be children, to go to the edge and discover what is out there.”