The world is facing an unprecedented pace of change. In a day of talks and performances, a diverse group of experts explore how to stay ahead of the curve — covering everything from the value of purpose in business to the democratization of storytelling and the exciting potential of human-AI collaboration.

The event: TED@BCG 2022 is the twelfth event TED and Boston Consulting Group have co-hosted to spotlight leading thinkers from around the globe. Hosted by TED’s Head of Partnerships Lisa Choi Owens, with opening remarks from Christoph Schweizer, CEO of BCG.

Special feature: For this event, TED reached out to five past speakers (all brilliant business leaders) and asked them one question: What idea in business is not being embraced fast enough? The five speakers — Margaret Heffernan, Angela Duckworth, Danielle Moss, Jacqueline Novogratz and Tim Leberecht — gave diverse, enlightening answers.

Music: Singer-songwriter Lex Land treats the audience to a performance of her Texas mid-century swing. 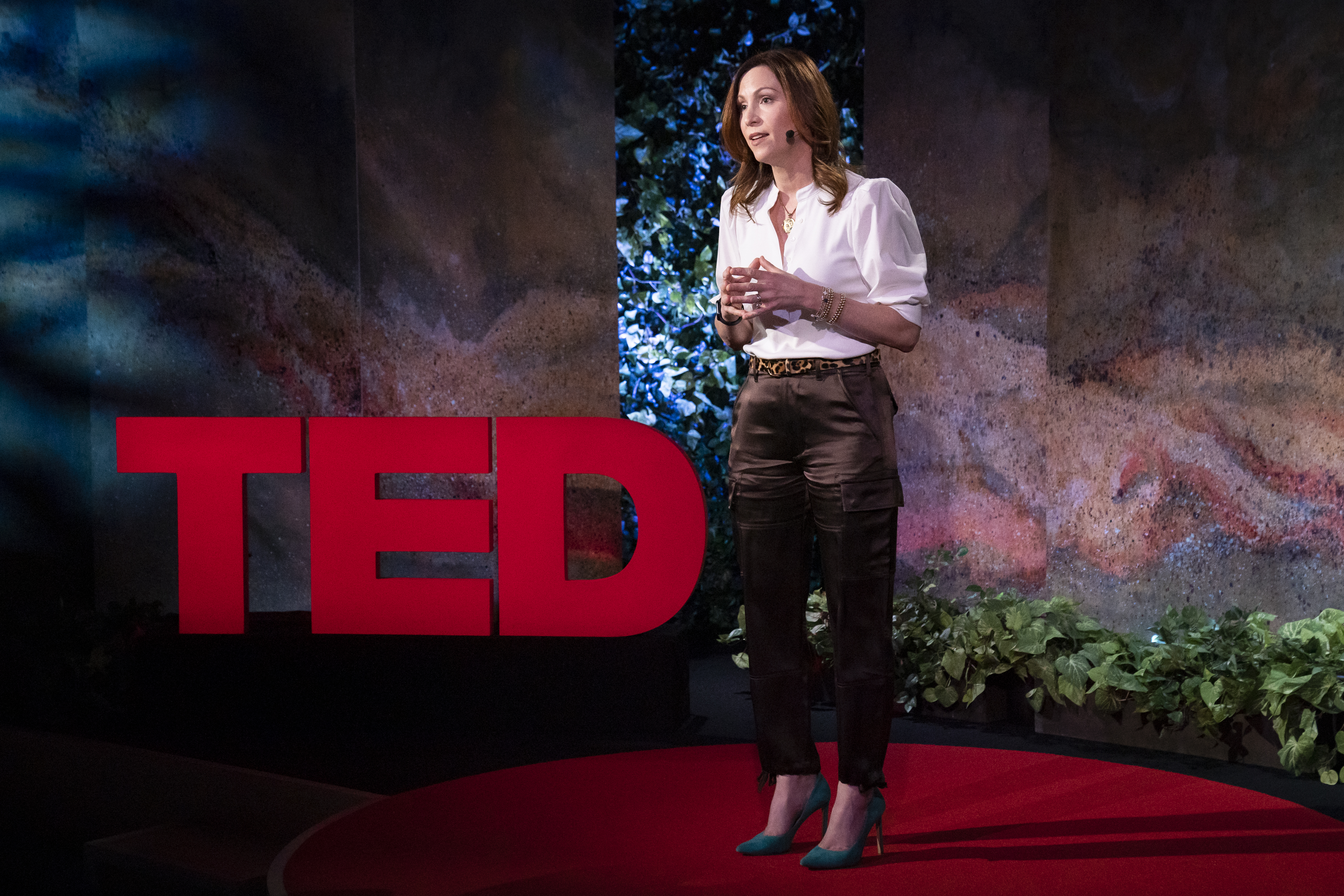 Big idea: Purpose can embed meaning and authenticity into every aspect of a company, from the top floor to the shop floor.

How? Ashley M. Grice thinks a lot about how companies can live and breathe their “why.” Different from mission statements or visions, which naturally change over time, a company’s “why” (or purpose) is timeless and impacts its entire ethos. She shares the example of a flight attendant who went above and beyond by thoughtfully giving Grice extra snacks on a busy day, a kind gesture that reflected the airline’s culture of purpose. Sharing useful advice for businesses, Grice details three important things to know about making purpose part of your company’s muscle memory: 1) Be authentic and uphold values; 2) Purpose exists in the crossroads of idealism and realism — and it’s supposed to be uncomfortable; 3) Purpose must impact every layer of a company, from a CEO’s strategy to middle management’s decision-making to frontline workers’ visibility. By continuously reflecting on the journey to purpose, it becomes the norm — and everyone’s role is important. 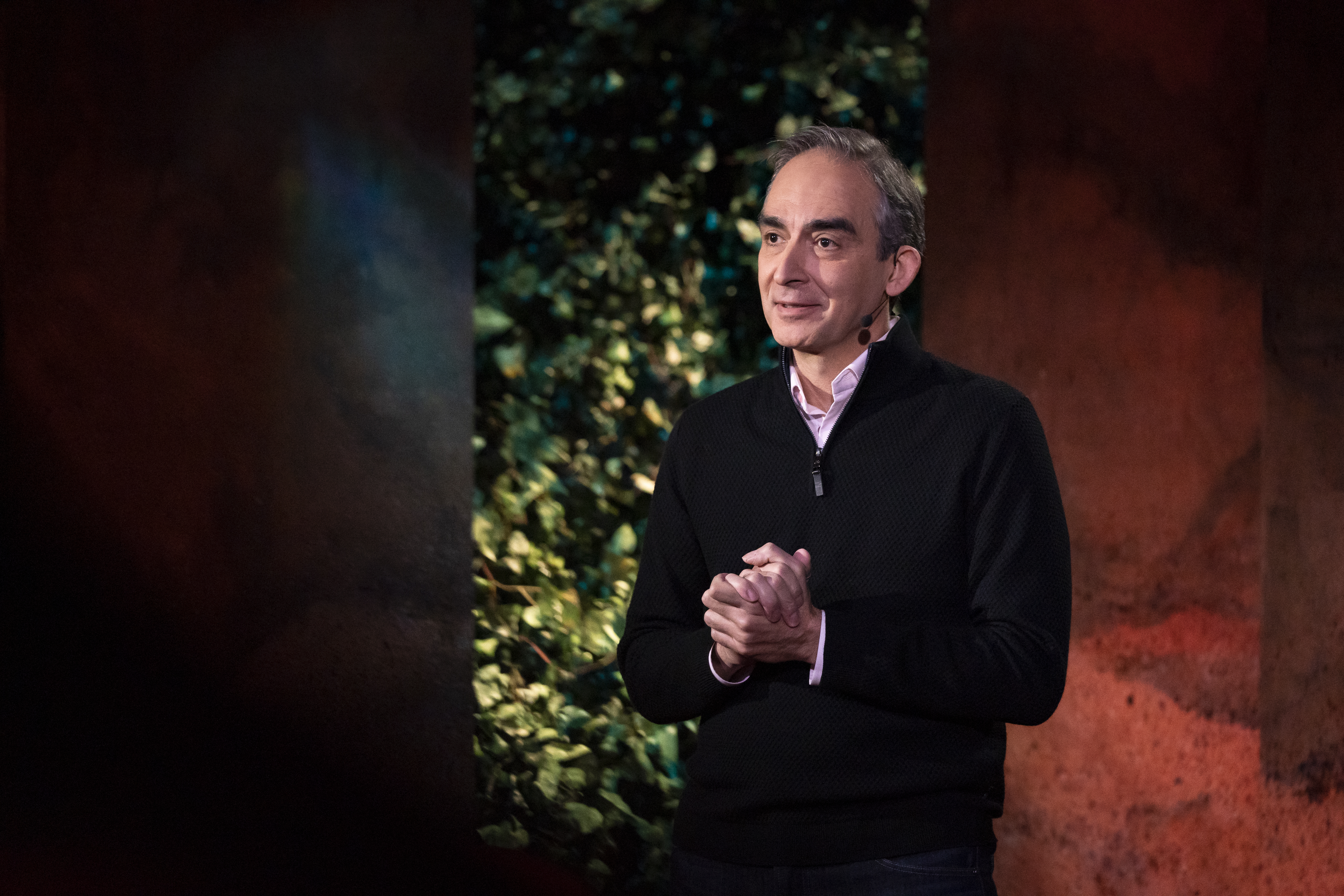 Big idea: We often think of artificial intelligence as technology that will one day replace human skill sets — but AI alone can’t solve all our problems. What if, instead of overinvesting in advanced algorithms, we combined the data-driven strengths of AI with the unique capabilities of human thinking? Shervin Khodabandeh shows how fostering a symbiotic relationship between people and AI creates more financial value for companies, a happier workforce and an ideal middle ground upon which challenging problems can be solved.

How? Even though companies across the world spend billions of dollars building AI capabilities, Khodabandeh says that only about ten percent of them see meaningful returns on their investments. He believes that one way to solve this problem is to use AI in conjunction with the creativity, judgment, empathy and ethics that humans offer. But how exactly can companies achieve mutually beneficial human-AI relationships? First, Kodabandeh says companies should identify the unique role AI systems could play in their organization — not simply as replacements for humans but as illuminators of innovative solutions or recommenders to improve decision-making. Next, companies should take advantage of feedback loops, through which humans and AI can learn from each other. Finally, they should use this knowledge to determine which combination of human-AI roles and skills best suits specific business needs. When that happens, an organization’s overall rate of learning increases, making it more agile, resilient and adaptable. “It is the human touch that will bring out the best in AI,” Kodabandeh says. 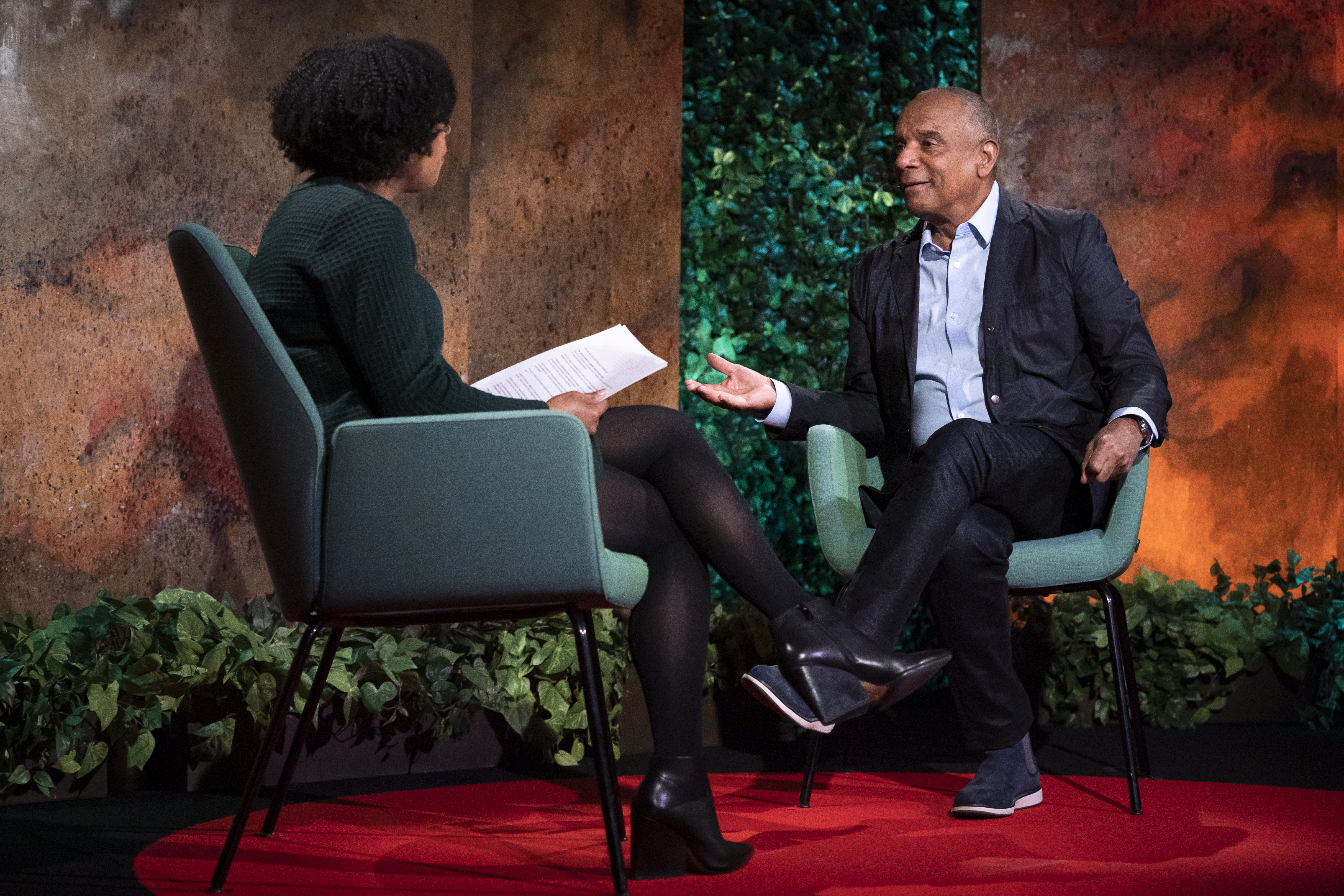 Big idea: During times of crisis, leaders have a responsibility to inspire hope, remain grounded in core values and, ultimately, serve and empower the people they lead.

How? “The best leaders recognize that leadership is both a responsibility and a privilege,” says Ken Chenault, who believes that if you want to lead, you have to be willing to serve. This mindset is especially crucial during times of crisis, when people depend on leaders to perform two key responsibilities: contextualizing challenges and emphasizing the potential to overcome them. Chenault says that one of the most important leadership strategies a company can have is understanding how to empower the people it serves — from employees and customers to investors and stakeholders. Working with organizations like General Catalyst, which centers technology in building companies, and OneTen, which helps Black Americans secure family-sustaining careers, he advocates for responsible innovation: a principle that says companies can and should meet the needs of their followers in an inclusive way, while making investments in new technologies. By upholding their integrity, fostering creative change and challenging the status quo, leaders have the opportunity to transform the workforce and give people opportunities to embark on their own leadership journeys. 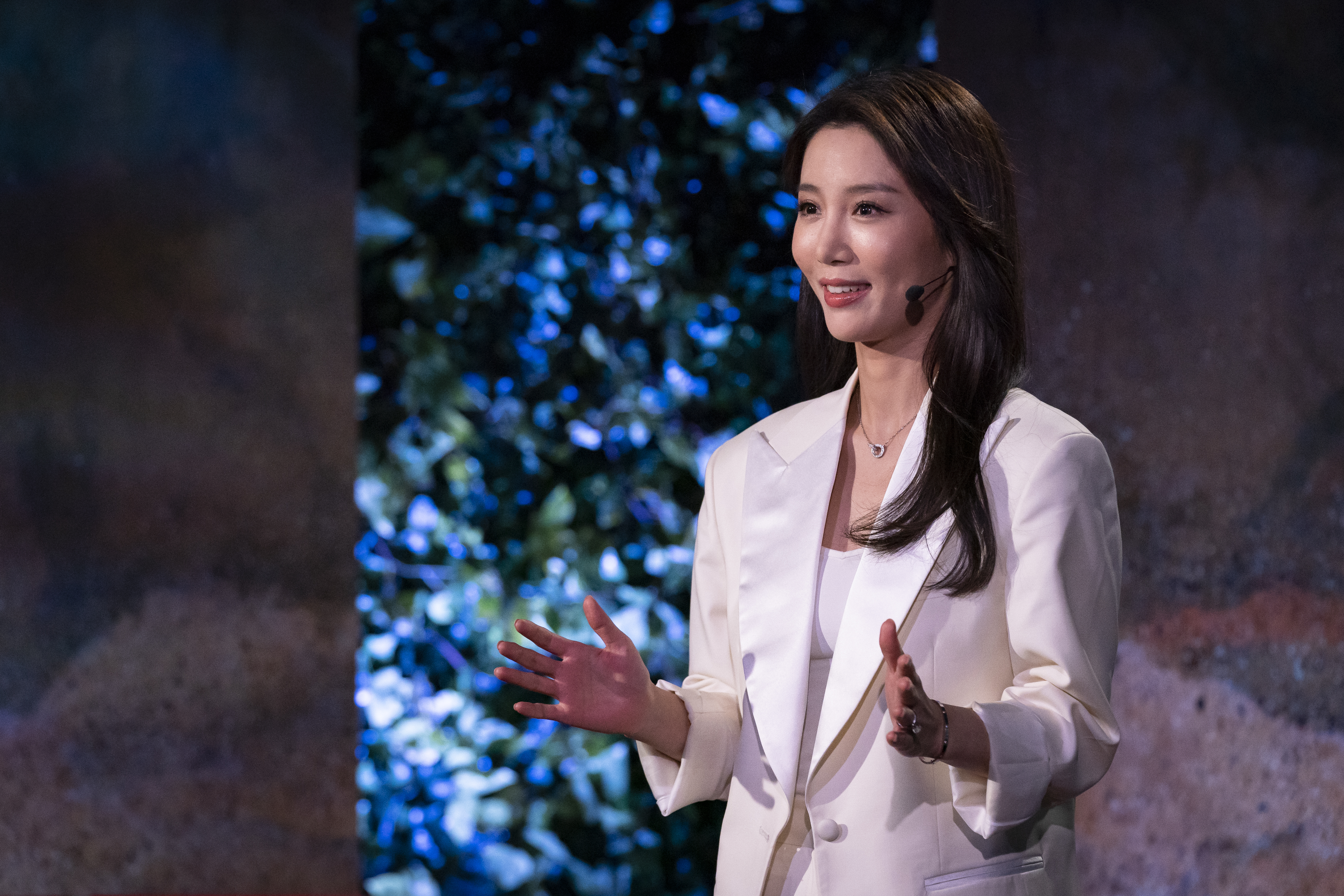 Big idea: The next great stories are coming from the bizarre and fantastical world of webtoons.

How? Pop culture is changing with a different kind of storytelling, says Hyeonmi Kim. They’re called webtoons: stories told using comic-like illustrations that are published in short segments (usually on a weekly basis) and meant to be read on a smartphone in five to ten minutes. Originating in Korea, webtoons have leapt out of niche platforms and onto the big screen, as with Netflix’s Hellbound, which hit the platform’s top ten list in 2022 after being released as webtoon in South Korea in 2019. Kim sees webtoons as a democratization of storytelling — anyone can share a story and find an audience — and an opportunity for up-and-coming creators to potentially hit on big-time success. What’s more, webtoons are breaking through mainstream media’s closed ecosystem of scriptwriters, where the same writers script (suspiciously similar) blockbusters, laying down a fresh pipeline of rich, varied storytelling. “The writers are diverse and creative, and so are their stories,” Kim says. 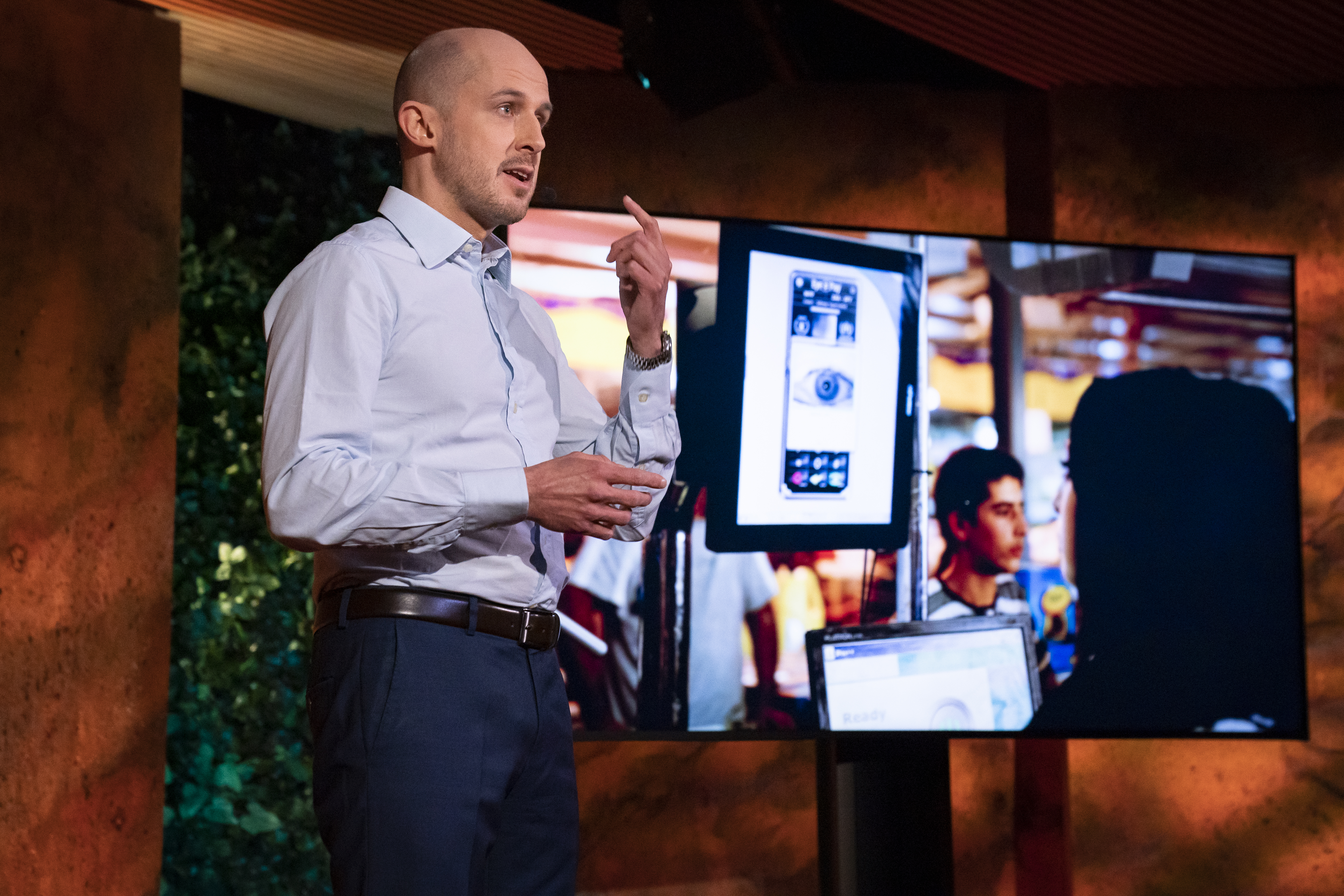 How? Why do we think so traditionally about some of the world’s biggest challenges? Bernhard Kowatsch points to issues like global hunger, for example. After he and his business partner developed a successful app for easily donating meals to hungry children around the world, Kowatsch was inspired to do more. The opportunity arrived in leading the World Food Programme’s Innovation Accelerator, replicating what Silicon Valley does well but for global social good — in this case, supporting start-up and non-profit innovations worldwide and helping them scale successfully to disrupt hunger. Since 2015, the program has positively impacted the lives of more than eight million people, doubling year over year with initiatives such as Building Blocks (a blockchain-supported way for aid organizations to provide food to refugees) and the invention of a machine that fortifies flour with nutrients. Kowatsch asks: Can accelerated innovation and technology help tackle some of the world’s issues? He absolutely believes so — and has the evidence to prove it. The only barrier now is our own thinking.