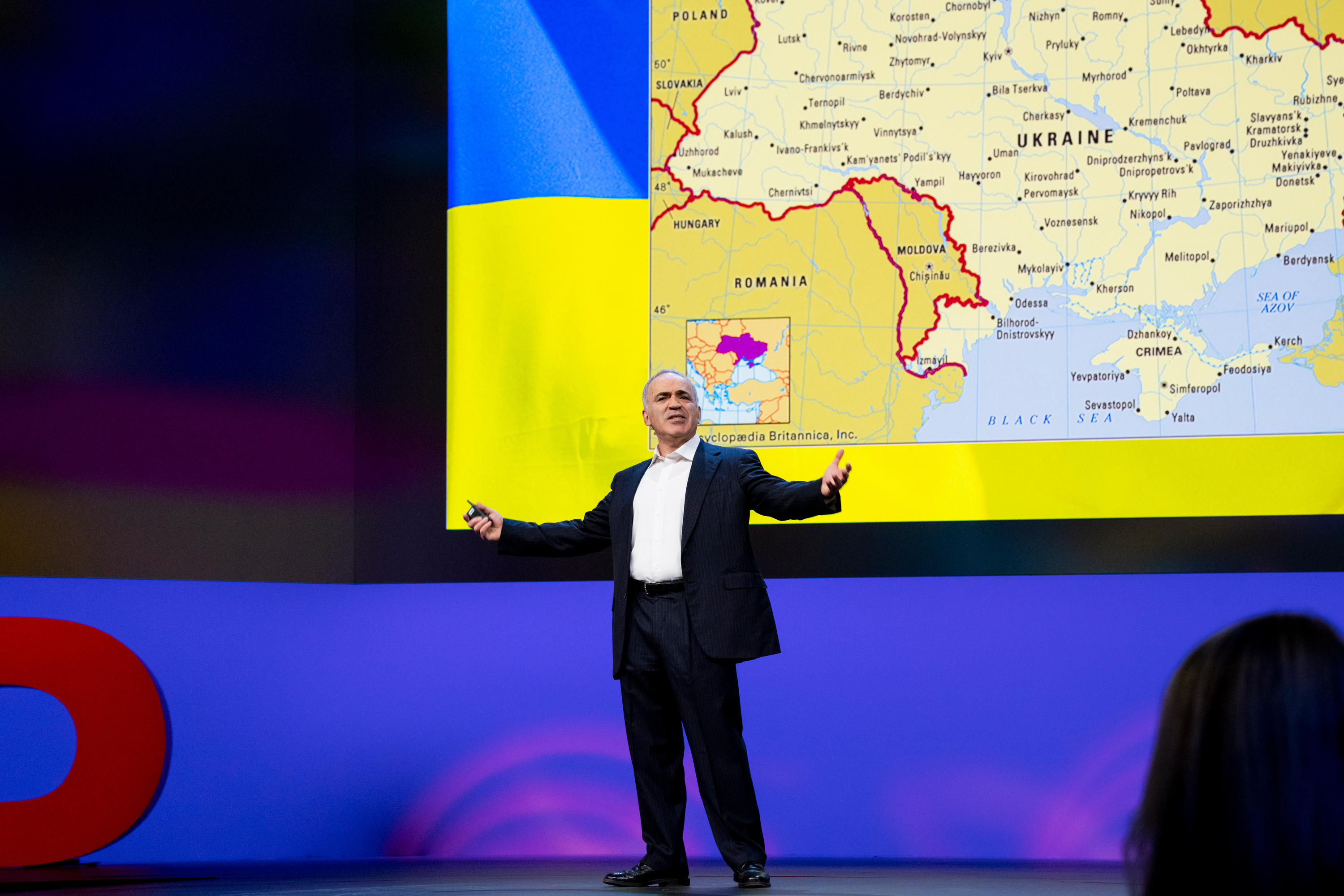 TED is back in Vancouver for TED2022, our flagship conference and the first in the city since 2019. All eyes were on the war in Ukraine for the conference’s opening session on Sunday night.

The conference launched with stirring talks from chess grandmaster and human rights advocate Garry Kasparov, who detailed Vladimir Putin’s rise to power and the global war between freedom and tyranny, and Ukrainian education pioneer Zoya Lytvyn, who shared her first-hand experience of evacuating Kyiv and the ongoing efforts to educate children amidst war and destruction.

TED’s global community is built on principles of mutual respect and people from all nations working peacefully together to address challenges and opportunities. In this spirit, we stand with our community of organizers, colleagues and friends in Ukraine, and against the unjust Russian invasion of Ukraine.

Galvanized by the courageous spirit of Ukraine, TED also raised funds for various organizations recommended by the TED community in Ukraine. TED will continue to add to the conversation with deep thinking, analysis, context and the ideas that matter most to drive towards a brighter future. For previous coverage, watch interviews with historian Yuval Noah Harari and political scientist Ian Bremmer.