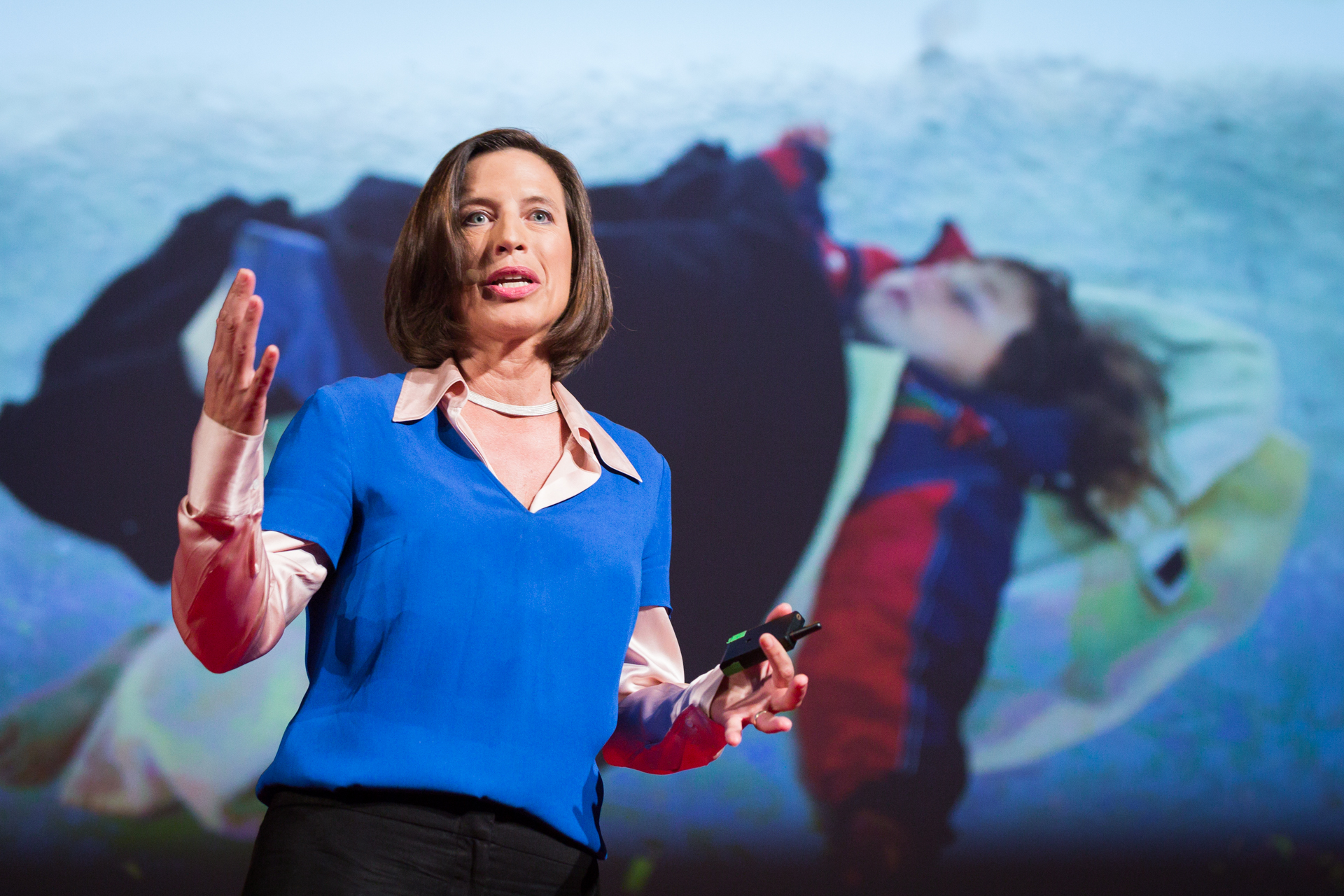 “These are very difficult times to be a refugee,” says the UN Refugee Agency’s Melissa Fleming. She gives some stats that are hard to swallow: Not since WWII have there been so many people on the run; by the end of today 32,000 people will have been forcibly displaced from their homes; currently there are 1 million Syrian refugees in Lebanon, which only has a population of 4 million people. (That’s as if the entire population of Germany fled to the US over the next three years.) 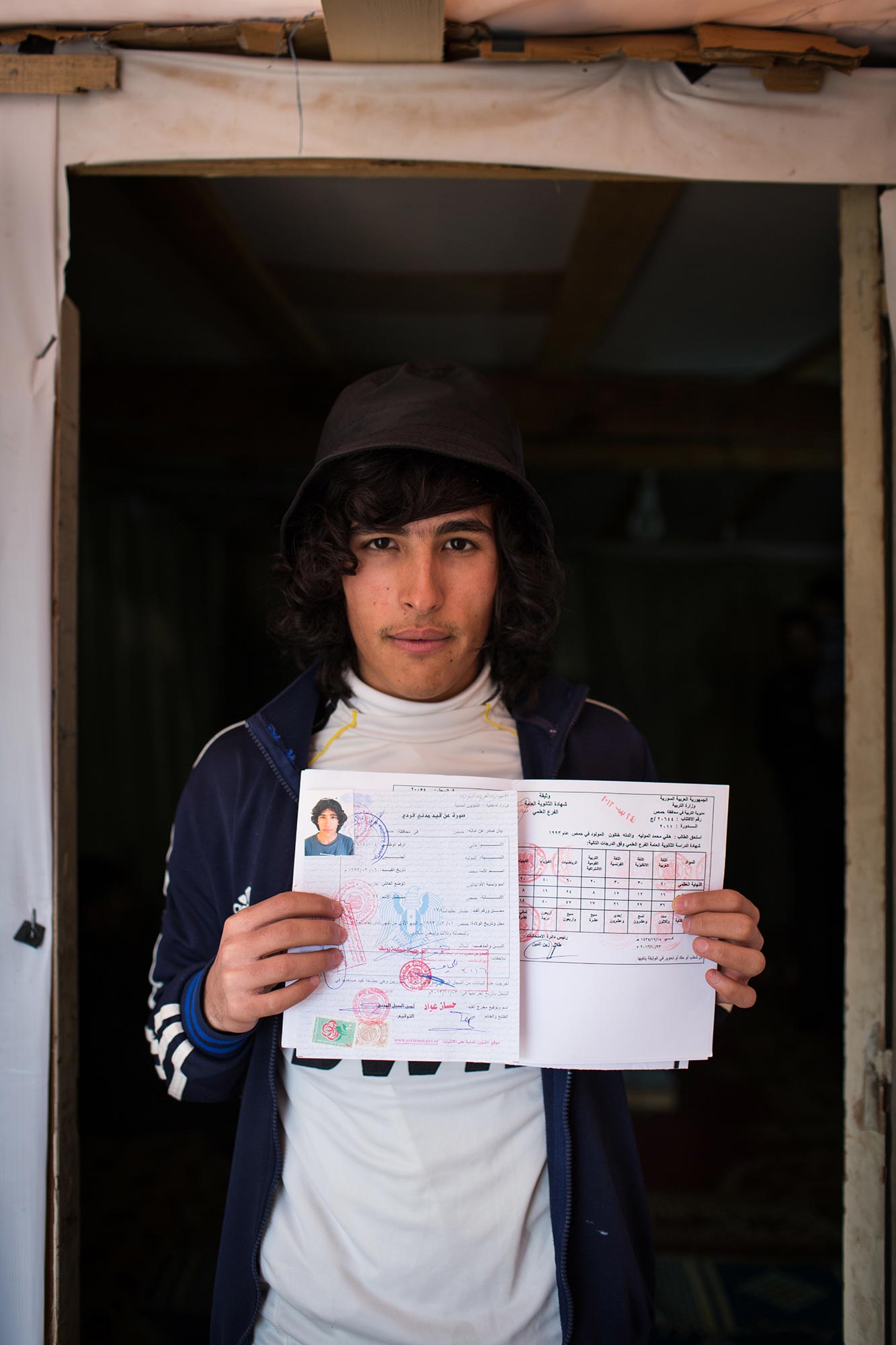 And here’s one that’s both staggering and heart-breaking: Half of all Syrian refugees are children – and only 20 percent of them are receiving some kind of formal education. Fleming tells us about a young man named Hany whose family was forced to flee to Lebanon. When he left he took one possession without hesitation: his high school diploma. In Hani’s words, “If I am not a student, I am nothing.” Hany’s English, says Fleming, is pretty good – honed not from class but from Dan Brown novels and American rap. For Fleming, a mind like Hany’s is a terrible thing to waste.

Which is why Fleming’s call to action is: Invest in refugees. And not just to survive — but to thrive. Syrian refugees, she says, “are looking for a quiet place where no one will hurt them, humiliate them or kill them.” But shouldn’t that really be the minimum? asks Fleming of a enraptured crowd. “How about a place of healing, learning, even opportunity?” 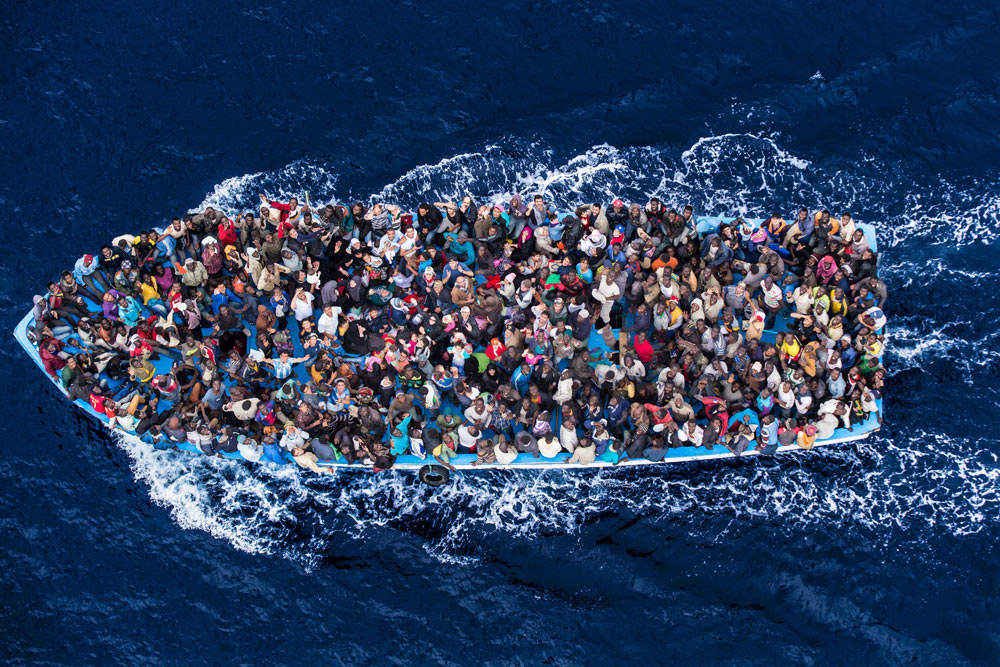 It’s not about sending aid to deal with a far-away problem. Eighty-six percent of the world’s refugees are living in developing countries with their own economic and infrastructure problems – so it’s up to wealthy countries to “make sure that no one fleeing violence arrives at a closed border.” Consider the fact that the average refugee will spend 17 years in exile – why not invest to provide education and training for refugees during that time? Fleming closes her impassioned plea: “Abandon refugees and leave them uneducated, and their country’s path to prosperity will be delayed by years. How we treat the uprooted will change the future of our world.”