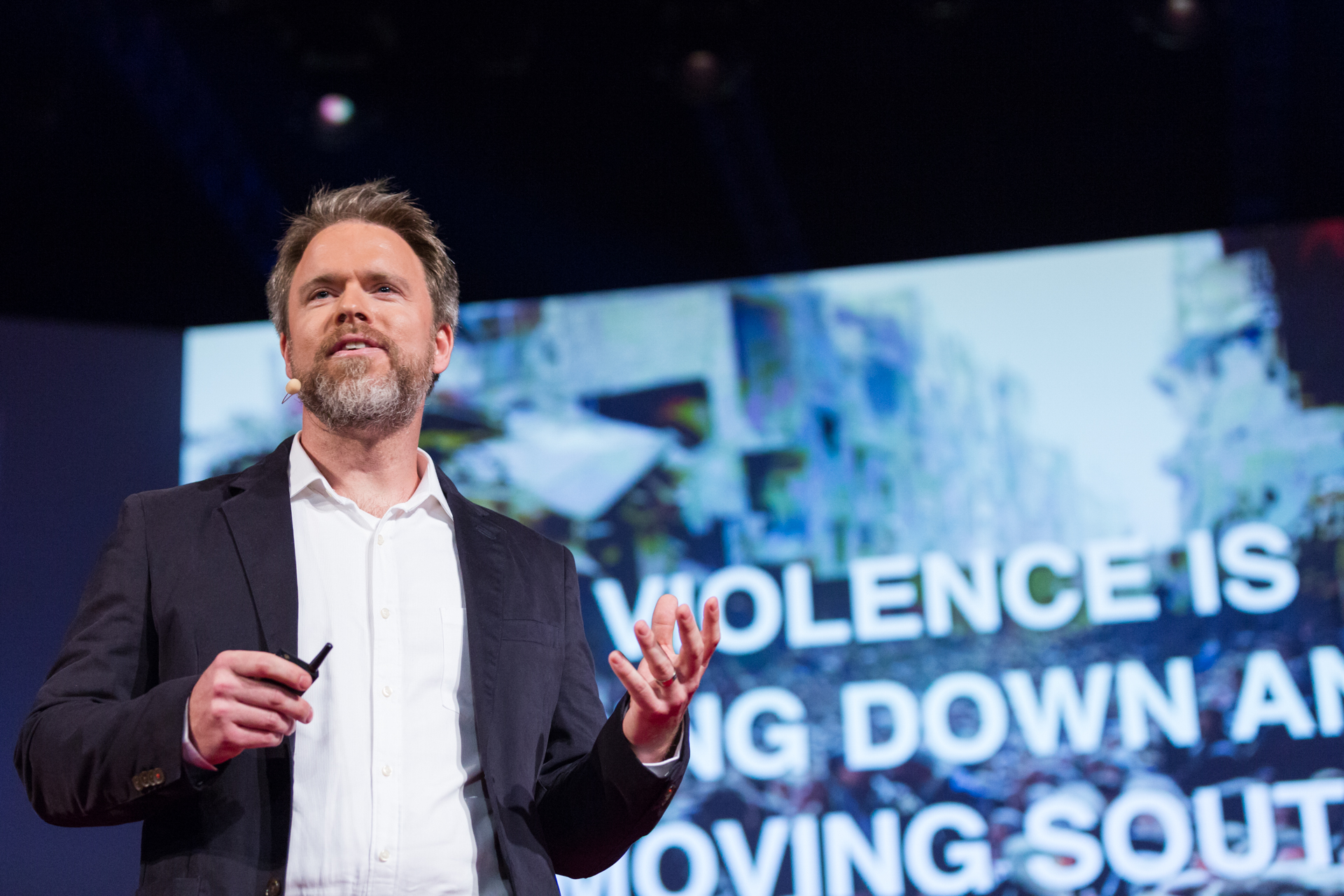 This session was all about cities. From speakers parsing the cycles of violence in them, to those thinking far outside the box on what they could look like, read up on these ideas for cities.

Robert Muggah is troubled by our cities. Not urban success stories like Shanghai and Seoul, but those that he calls “fragile cities,” quickly urbanizing cities like Nairobi and Mumbai. Says Muggah, “We’re facing a stark dilemma, where some cities are going to thrive and drive global growth, while others stumble and fall backward.” If we start paying attention to cities teetering on the edge, he says, we can cut deadly violence by 50 percent in the next three decades. But we have to act fast: As social media explodes as a way for gangs and violent organizations to recruit, coerce and intimidate young unemployed men, says Muggah, “Violence is going virtual.” What the world needs is for healthier, wealthier cities to partner with fragile cities, to share learnings on education and positive community building – because, says Muggah, “There’s nothing inevitable about lethal violence.”

Social change advocate Joanna Wheeler thinks about this too. “Violence is about a failure of empathy,” she says, a matter of no longer being able to see one another as a mother, a father, a brother or a sister, but as “us and them.” To pause the cycle of violence, Wheeler holds creative storytelling workshops in marginalized communities. She identifies three elements that help people succeed in taking hold of their life narratives and changing them for the better: space to think, recognition of what they have been through, and connection to others. “Sometimes stopping violence is like standing in front of a tank,” she says. “But most of the time, stopping violence is about the small, ordinary things that add up to make a much bigger change.”

Yunsheng Su begins his talk with a small, inflatable dome behind him on stage. This object is called an E-womb: it is a space-aged beach chair, designed to keep a person cool thanks to a little water in the bottom. This device is emblematic of what Su sees happening in urban planning. And he should know — in the last 15 years, he has helped plan city centers in 50 Chinese cities, including the financial hub of Guangzhou, and new cities in Africa. Su gives a sweeping glimpse of the cities of the future, revealing tightly packed, glistening landscapes that look straight out of a sci-fi movie. These cities have some surprising details. For starters, they don’t have roads — in the square kilometer of their centers, cars are routed around or underground to allow for optimal denseness of experience. Second, the structures in these cities aren’t uniform monoliths, but are designed digitally with uniquely optimized twists and turns that take advantage of wind and decrease energy consumption. Instead of concrete and steel, the exteriors of these buildings are made of skin-like materials to let in light and air. And the interiors are remarkably economical in space use — a single appliance can be a refrigerator, a washing machine and a TV. All in all, cities of the future will have greater information output, and less energy consumption. Says Su, “We can achieve the new generation city.”

As a young woman in Lima, Grimanesa Amorós got a postcard from her mother, who was on a trip in New York. It contained a simple message: “You should see the lights in this city.” From that moment Amorós was obsessed with getting to the sleepless city, eventually quitting school, where she was three months away from finishing her degree in psychology, to move to New York. Amorós became an artist, using LED lights and bubble-like forms to capturing the ephemerality of places like Lake Titicaca in her native Peru. She takes us through the process for some of her most memorable public art pieces, making art as if conducting and composing music. See the GIF above for a taste.

Dance troupe Batalha do Passinho (literally, “battle of the little steps”) got their start in the favelas of Rio, where they would compete against rival dancers. In a fluid, dramatic style that blends breakdancing, samba and funk, the seven young men perform on the TED stage. After their first number, their leader Julio Ludemir spoke with Chris Anderson about his passion for the group’s artistic success as a “platform for identity and revelation,” their impact throughout Brazil on young people whose lives are “battle after battle,” and even their ability to make a serious president dance.

Coming from Holland, Jeroen Koolhaas and Dre Urhahn — who go by Haas&Hahn — are used to a society where there are rules for everything. That all changed when they arrived in Rio de Janeiro 10 years ago and discovered the city’s favelas, where informal communities of migrants build their own homes in the city’s hills. Over the past decade, the team have dreamed along with Rio’s communities to make vivid works of art on the walls and steps of the favelas. With experimentation, community involvement and a lot of barbecues, they have created colorful designs that brighten up the streets of poor communities in both Rio and Philadelphia. “If your idea is ridiculously big, it’s easier to get people to go along with it,” they say. For their next project, they are setting their sights on painting all of the houses in Rio’s Villa Cruzeiro, a hilltop community 25 km northeast of Copacabana Beach. “Favelas are not only the place where our work started, they’re also the place where it’s possible to work without a masterplan,” says the art duo. “When the colors start going up on these walls, we hope people will start joining us and the whole hill will be painted and more people can join the dream.” 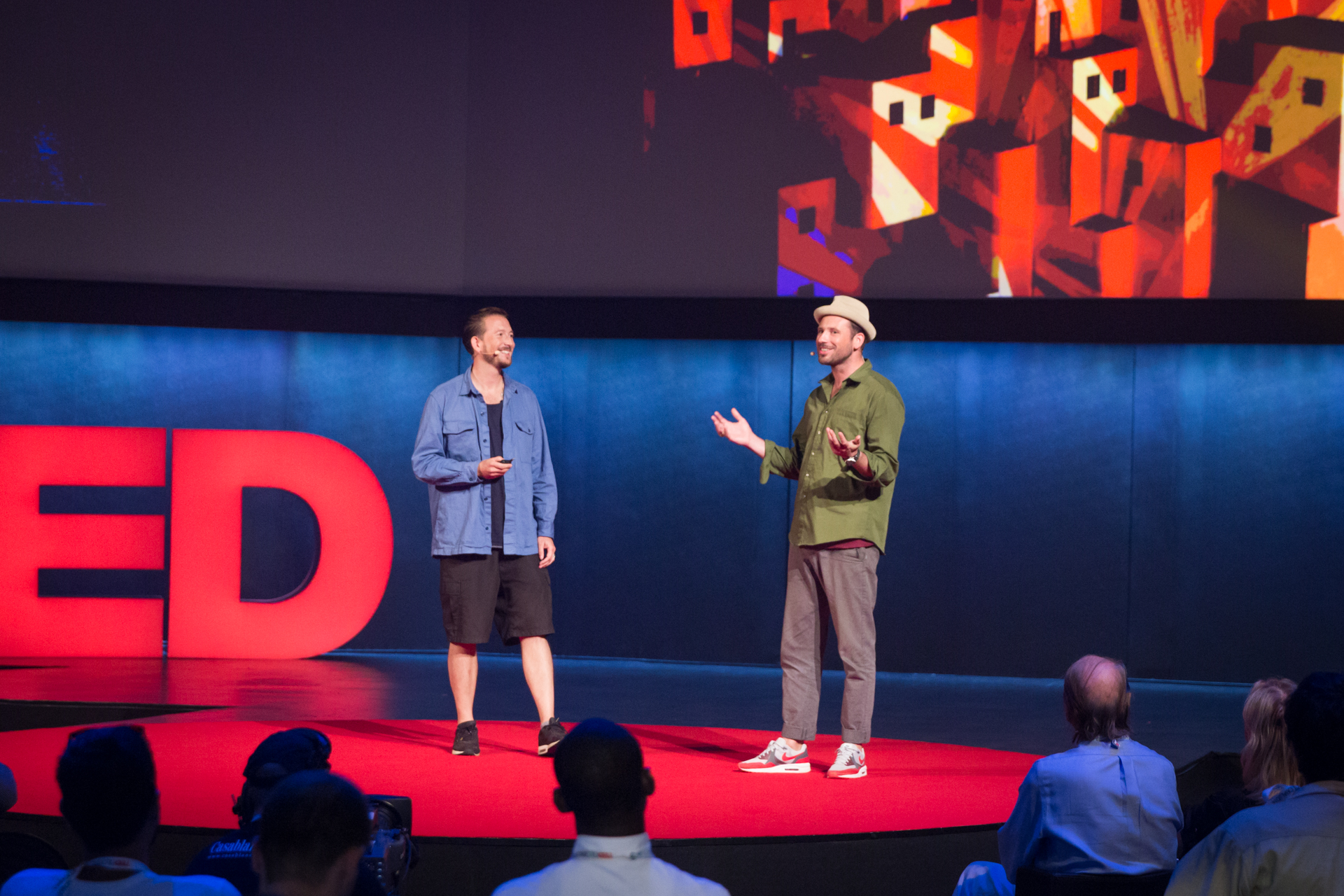