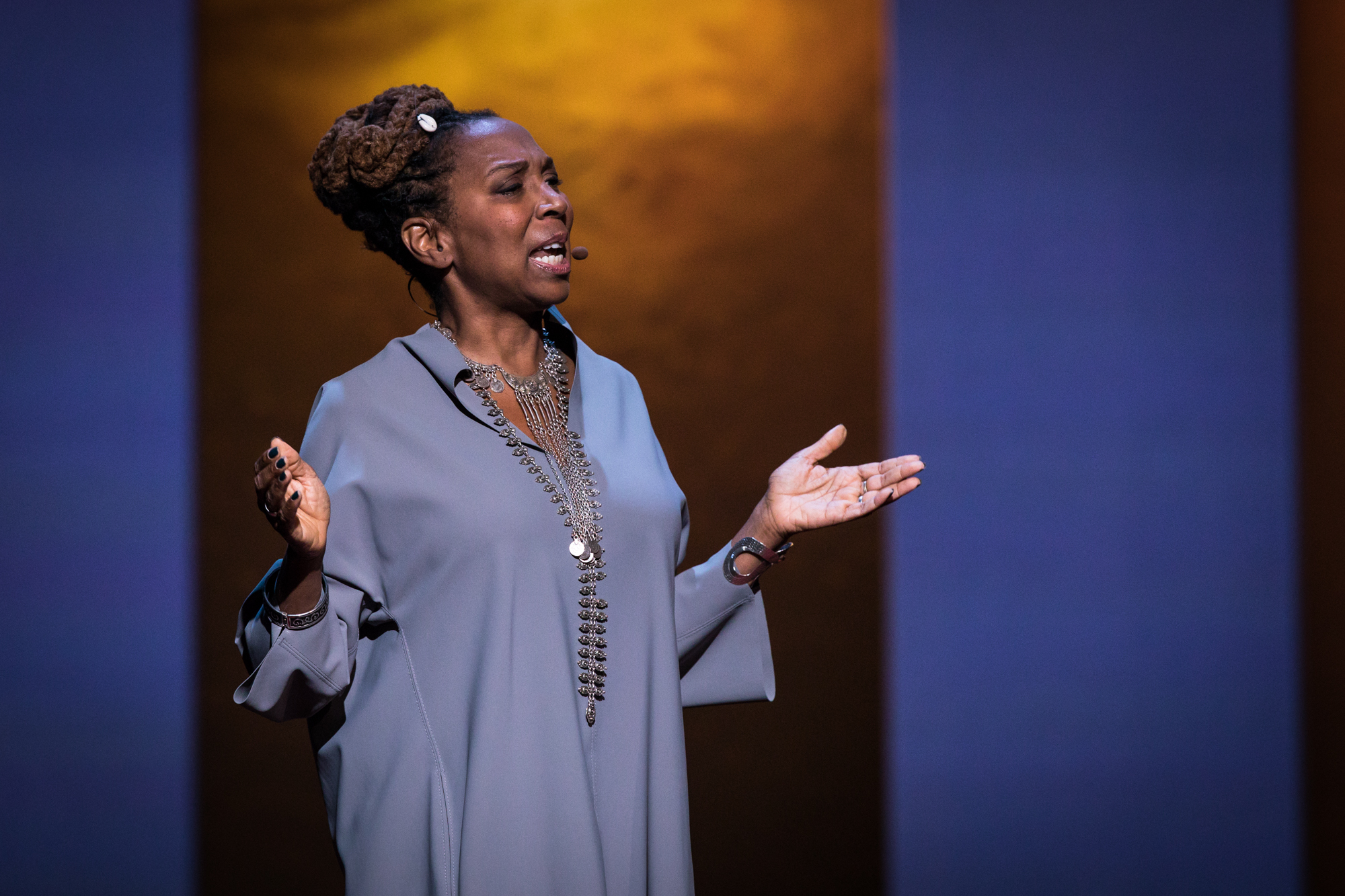 “When there’s no name for a problem, you can’t solve it,” says Kimberlé Crenshaw. She spoke at TEDWomen 2016 on October 27 in San Francisco. (Photo: Marla Aufmuth / TED)

Michelle Cusseaux. Aura Rosser. Tanisha Anderson. Mya Hall. Natasha McKenna. These are the names of but a few African-American women who were victims of police brutality in the past two years. Why are most people unfamiliar with these names? Activist and law professor Kimberlé Crenshaw urges us to ask this question. Through her theory of intersectionality, she explains the overwhelming underrepresentation of violence against African-American women in activism, politics and media.

“The problem is, in part, a framing problem,” Crenshaw says. “Without frames that are capacious enough to address all the ways that disadvantages and burdens play out for all members of a particular group, the efforts to mobilize resources to address a social problem will be  partial and exclusionary.”

Inspiration struck as a law student, when she came across the case of Emma DeGraffenreid, an African-American woman who sued a manufacturing company for not hiring her on the basis of race and gender. The judge dismissed her claim, noting that the company had hired people of her color, and hired people of her gender. It just didn’t happen to hire people who were both. Crenshaw seeing this obvious injustice (or “injustice squared,” as she puts it) imagined DeGraffenreid standing at the intersection of being both a woman and an African-American. This intersection is at the heart of the theory of intersectionality, a theory Crenshaw has developed to describe how our overlapping social identities relate to structures of racism and oppression.

The reality is that African-American women face discrimination through both their race and gender. Spheres of social identities — from race to gender to sexuality to disability — operate on multiple levels, creating multidimensional experiences. This casts a shadow on the African-American women who have lost their lives to systemic racism in the past few years.

“Why don’t we know these stories? Why is it that their lost lives don’t generate the same amount of media attention and communal outcry of the lost lives of their fallen brothers?” she demands. Frustrated by this situation, Crenshaw launched the #SayHerName campaign, a social media movement that seeks to shed light on forgotten women.

“Let’s create a cacophony of sound to represent our intention. To hold these women up. To bring them into the light,” Crenshaw proclaims. Accompanied onstage by singer Abby Dobson to close out this powerful talk, she encourages us to bring these women to light and finally say their names: Michelle Cusseaux. Aura Rosser. Tanisha Anderson. Mya Hall. Natasha McKenna.