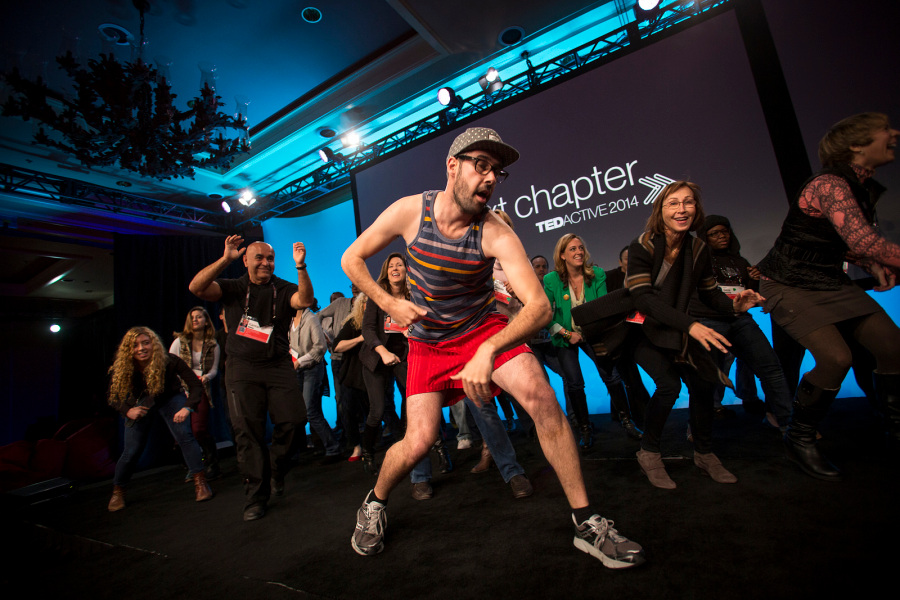 A dance break at TEDActive 2014 in Whistler, BC. At this conference, you watch a full program of TED Talks, and get the opportunity to cut loose. Photo: Marla Aufmuth

We’re all looking for a tribe — a group of people we can talk with, bat around ideas with, make things happen with. And we’re all looking for inspiration — things to spark our imagination, send us off in new directions, and keep us buoyed when things get tough. One week each year, TED hosts a conference where both can be found in spades, against a backdrop TED Talks (and towering mountains). We’re talking about TEDActive.

TEDActive is an event held in parallel with the annual TED conference that features a simulcast of the full program of TED Talks, and lots of live speakers, while emphasizing connection, conversation and creation in the audience. TEDActive 2015 takes place March 16-20, in Whistler, Canada, and brings together thinkers and doers from more than 60 countries to explore the theme Truth & Dare. We’ll be questioning assumptions, searching for deeper truth and attempting to find richer understanding by asking better questions.

Each year, TEDActive veterans and newbies arrive at the conference to experience a week of TED Talks, workshops, activities, parties and conversations. We wanted to know from past attendees: how has TEDActive affected you? Below, three share their thoughts. 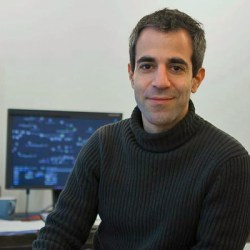 Vico Sharabani has attended TEDActive twice and is returning for 2015. The creative director and producer of The Artery, a visual effects studio, he has worked on projects featuring artists like Beyoncé, Bob Dylan and Nicki Minaj. He says that TEDActive has led to many meaningful connections—and given him creative fuel in his work. He says:

“TEDActive is nonstop stimulation, from 8am to 2am—like the best summer camp for adults. I’ve connected deeply with many attendees, and we’ve stayed friends. Some of us meet at events annually, and I’ve gotten together with others in countries around the world. Professional collaborations develop rapidly as well. I have worked with attendees Raghava KK and Marc Azoulay on art projects. Now, going back feels like an opportunity to reunite with everyone. TEDActive exposes you to people who both think and do things differently. When you are immersed in that for a whole week, you get the feeling that everything is possible, on a whole different level.” 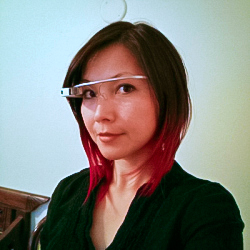 Grace Rodriguez went to TEDActive three times as an attendee—and loved the experience so much that she wanted to be a part of creating it. This year, she returns as TEDActive’s new creative director. For her, the best part of TEDActive are the moments that just wouldn’t happen in everyday life. She explains:

“My very first night by the fire pits at TEDActive was magical. It felt like I had gone home and found the other members of my tribe. We stayed up late and enjoyed deep, entertaining, and insightful conversations. Another year, some friends and I were playing ukulele, and we gathered other attendees around us to sing ‘Yoshimi’ by the Flaming Lips. TED speaker Reggie Watts recorded us on his cellphone and sent the video to Wayne Coyne, the Flaming Lips’ lead singer. Two days later, a couple dozen of us, led by a physicist and an architect, devoted our collective brain power to form a human pyramid in the pool. I, as the smallest person, climbed up to the top of the pyramid and stood up in a moment of victory. All of this to say: I’ve made lifelong friends at TEDActive, and the generous nature and creative spirit of the experience has influenced everything I do. It has taught me to embrace long-view strategy over just getting it done, and to savor incredible moments.” 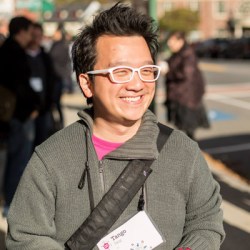 Aaron Tang has been attending TEDActive since 2009 and will be returning in 2015 for the seventh time. He is about to embark on an adventure around the world called I Said Go! and will be inviting other attendees to travel with him. Because, he says, TEDActive has helped him feel more comfortable getting lost:

“TEDActive is a pollination in diverse cultures and disciplines. It is fire pit conversations, crisp nights with blankets, impromptu music jams, and adventures. From attending year after year, I’ve learned to always have an open perspective about everything in life. One year, I realized, ‘My gosh! Lots of us are lost.’ Lost in a good way—we are constantly seeking, wandering and hoping to learn. This is why we are at TEDActive in the first place; you don’t learn if you are not lost, so you have to make the decision to be okay with feeling lost. I’ve been pretty laser-focused my entire life, so TED has been a great way to try something different. Being part of this community has eased my comfort in diving into the world. Now, I don’t feel too worried about finding a connection in every corner of the globe.”

Interested in attending TEDActive? We’d love to see you in Whistler. Find out more about how to apply »