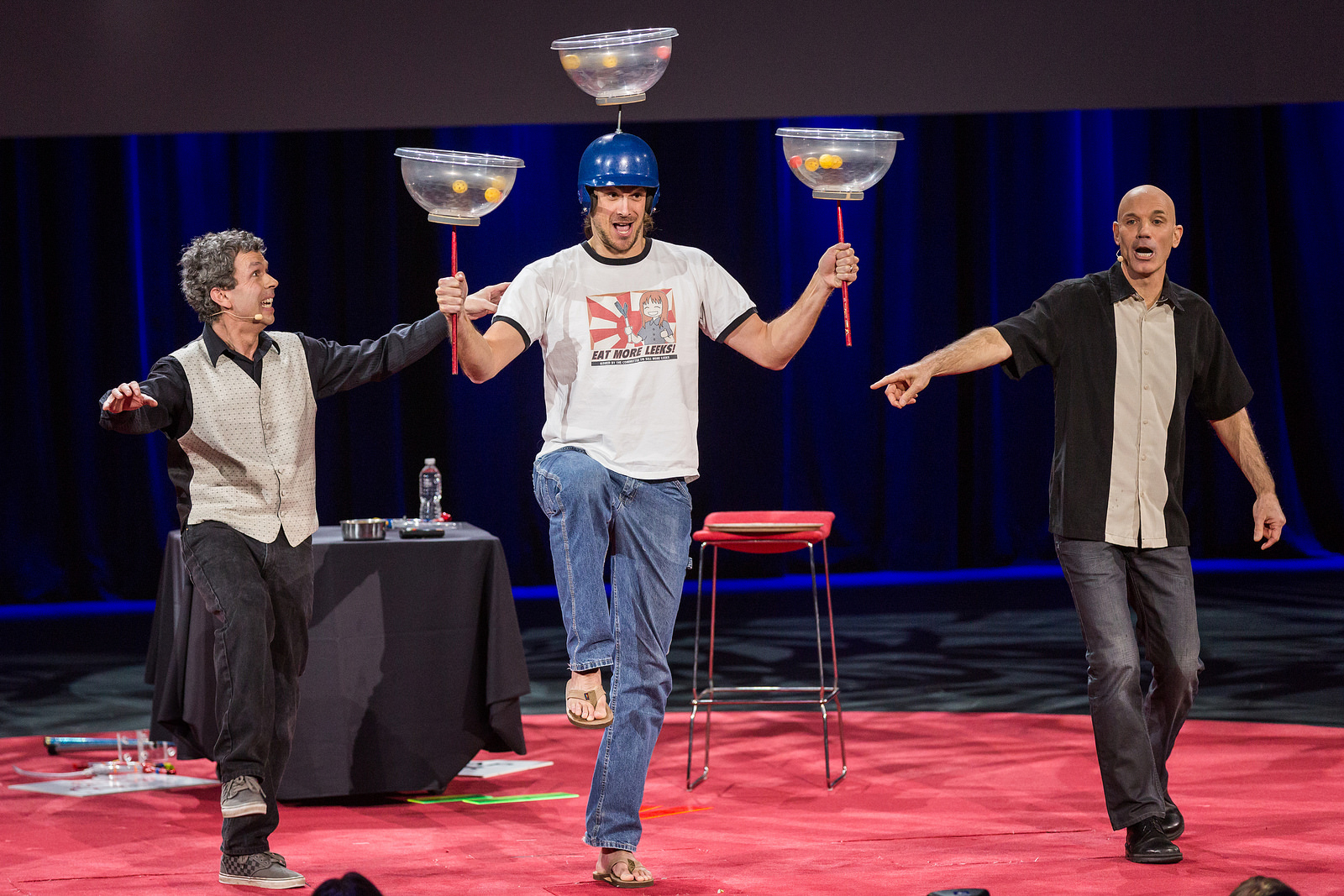 The Raspyni Brothers are a delightfully irreverent pair who also happen to be world-class jugglers. At TED2014, they riff on Einstein’s dancing skills, reality TV and texting — all while juggling and balancing drum heads, wooden eggs and glasses of water with perfect coordination.

As six-time TED speakers, the Raspynis also take a sec to debunk some TED myths. Barry, is it true that TED forces speakers to be roommates with people they don’t know? Why yes, Dan; just ask my roommate Sting. Cue: a joke about having sex for eight hours. It goes badly.

For their grand finale, Dan and Barry take a volunteer — former NFL player (and Session 6 speaker) Chris Kluwe, who balances spinning salad bowls and colorful ping-pong balls on poles in both hands and on his head, unaided by augmented reality, virtual reality or reality of any kind.