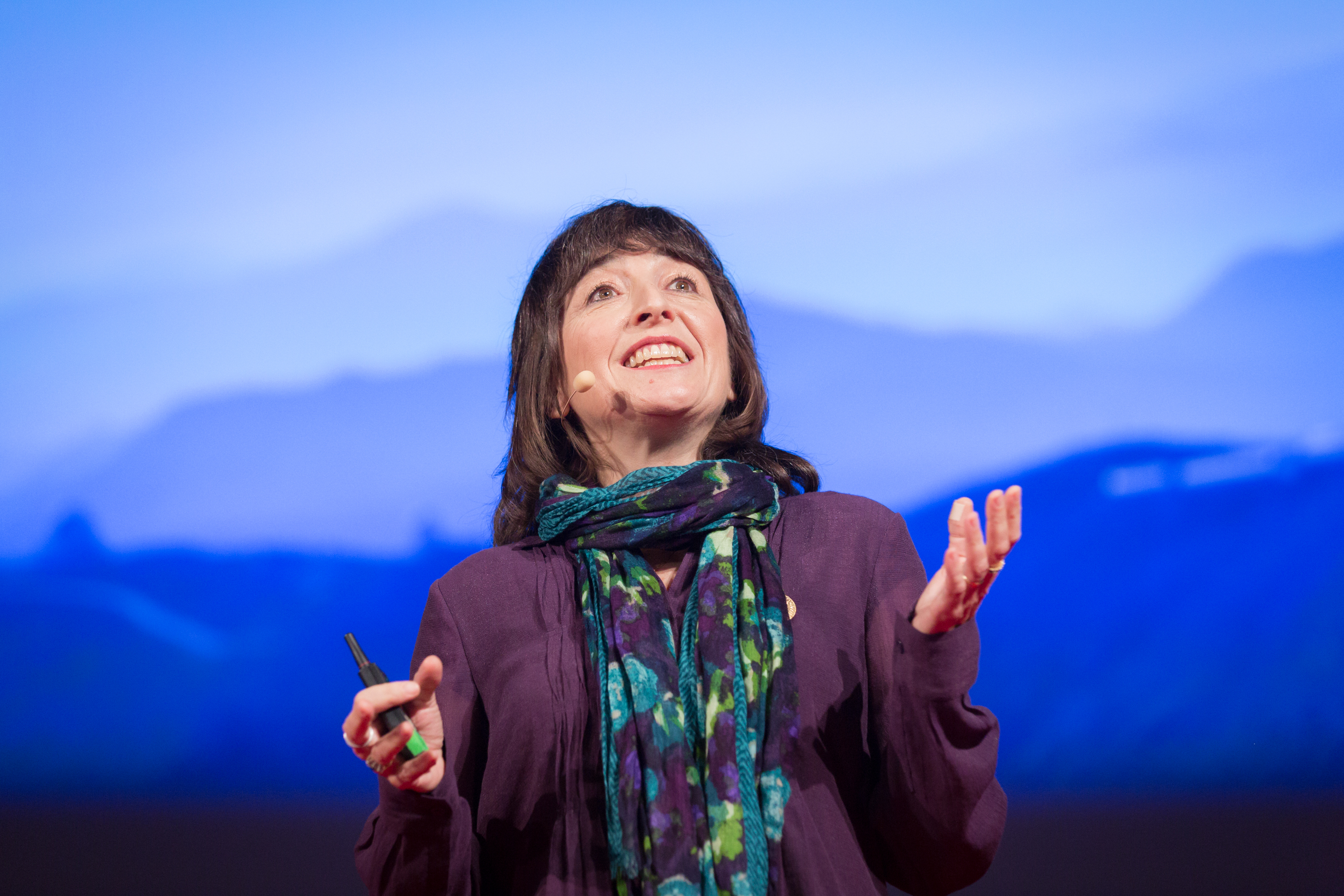 Wendy Freedman talks about a remote location in the Andes, far from the lights of civilization, where the stars can be seen clearly with the naked eye. In that location, by the middle of the next decade, there will be an instrument 20 million times more sensitive than the human eye: the Giant Magellan Telescope, the largest optical telescope of all time. It will be 22 stories high (think the Statue of Liberty), with seven mirrors, each 27 feet in diameter, and rotate on a 2,000-ton base. Its resolution will be 10 times that of the Hubble Space Telescope — which means it would be capable of reading the face of a coin in Rio from São Paulo 200 miles away. Why this extreme tech? Because, she says: “Every time we have built larger telescopes, we have learned something new about the universe,” she says, “without exception.” And crucially, it will be looking to the skies of the Southern hemisphere. This, says Freedman, is the future of astronomy.

Jorge Soto is here to demo a bold idea in cancer detection: a simple, cheap, noninvasive test for cancer indicators that takes just 60 minutes. “We currently approach cancer diagnosis the way it has been done since the beginning of history,” he says: waiting until we see symptoms. “Catching cancer early is the closest thing we have to a silver bullet against it.” Soto’s team brings together scientists from a wide range of countries to develop a blood test that takes advantage of the computing power of the cell phone, using it to examine molecules in the blood called microRNA. So far, the test can detect microRNA patterns associated with lung cancer, breast cancer and pancreatic cancer; on the stage, the sample he tests is a 100% match for pancreatic cancer. “If we want to understand diseases like cancer, we need to stop considering them as specific, isolated episodes,” says Soto. “I want to see the day when cancer is treated easily because it can be routinely diagnosed in the early stages.” To this end, he adds to applause, all this technology will be open source. [Read more about how this technology works.] 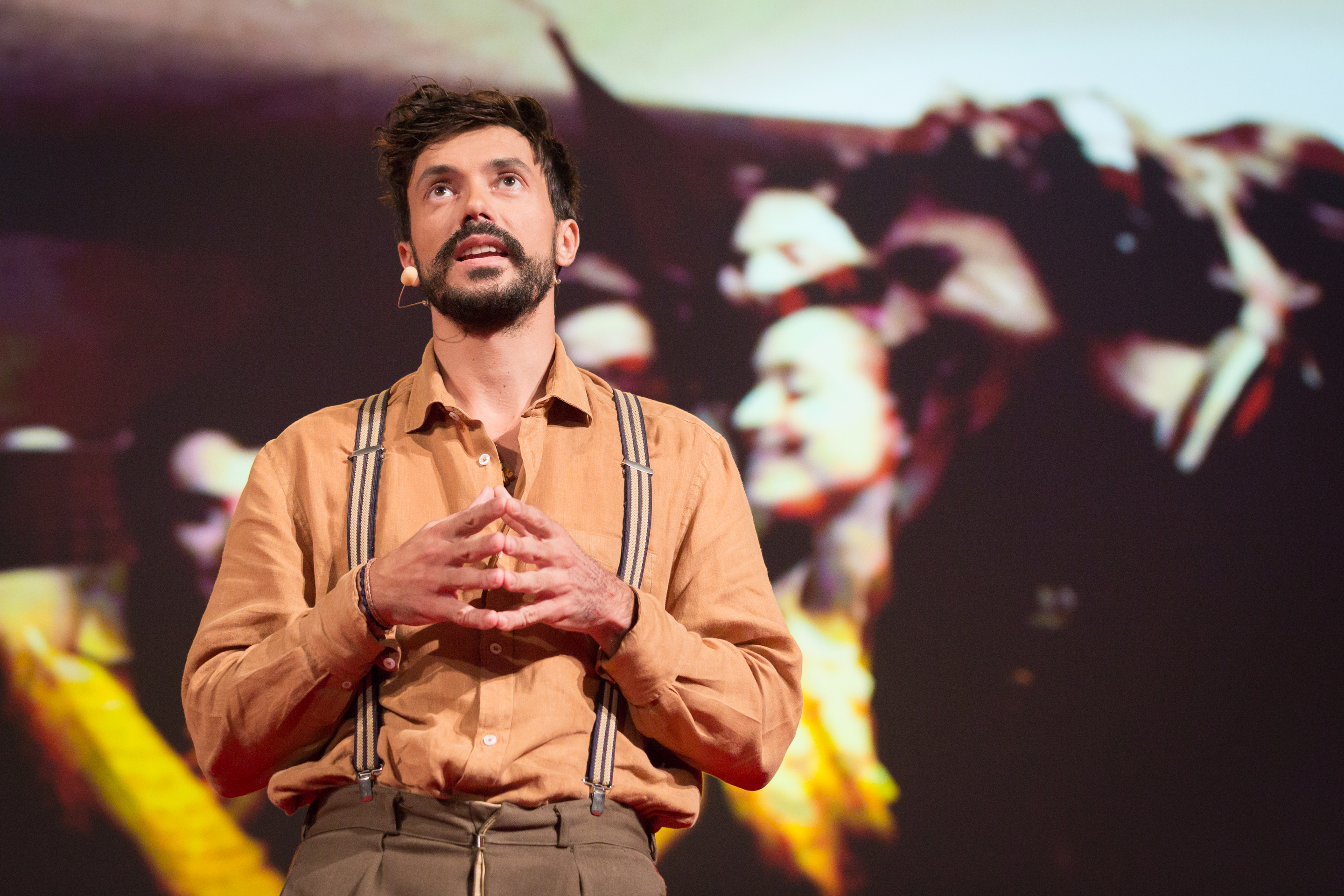 French filmmaker Vincent Moon travels the world with just a backpack, a laptop and a camera. His low-maintenance ethos enables him to create intimate setups that wouldn’t be possible with a major production label. He’s captured tiny music videos with big names like Arcade Fire in an elevator and Bon Iver in an apartment kitchen – but lately he’s taken to exploring hidden pockets of the world. Slipping by unseen, Moon has captured single-shot films of a Sufi ritual in Chechnya and an ayahuasca journey in Peru. He does this to help people see their own cultures and homelands in a new way. Says Moon, “I want people to realize: My grandfather is as cool as Beyoncé.”

Vincent Moon introduces Naná Vasconcelos, with whom he made a film four years ago in his hometown of Recife. Vasconcelos, a longtime legend of Latin jazz in Brazil, performs on a series of percussion instruments. He has laid several out around him on a blanket — including the berimbau, a traditional Brazilian single-stringed instrument. With his ethereal, wordless vocals looping in an echo — punctuated by a single sentence, “Let’s go to the jungle” — he shows us the beautiful sounds his instruments can make.

Can you find Indonesia on a map? While it’s the fourth most populous nation in the world, Elizabeth Pisani predicts not. “Indonesia is the biggest invisible thing on the planet,” says Pisani, who was a journalist there in the ’80s and ’90s and recently traveled 26,000 miles around the country for her new book, Indonesia, Etc. Indonesia is spread across 13,400 islands and has 700 different languages. “The Indonesian national motto is unity and diversity,” she says. “I wanted to undertake this journey to figure out where the unity came from?” The Republic of Indonesia was founded in 1945 and its first rulers — Sukarno and Suharto— tried to impose unity. When that approach fell apart in 1998, people worried the country might fall apart too. It didn’t. “It reinvented itself as the most successful democratic success story of the early 21st century.” So what makes it work? That the nation’s democracy is rooted in “a radical decentralization,” which allows for local regulation. This allows the modern city of Jakarta to co-exist with small villages that rely on ancient whale-hunting practices, and for the largest Muslim population in one nation to co-exist with those of many other religions. So why do we rarely hear about Indonesia? Pisani thinks because it is remarkably free of the problems that plague many other diverse nations around the world. “If invisibility is the price of democratic success, long may it remain invisible,” she says.

Photographer Jimmy Nelson has been a world traveler since he was a child, running from place to place seeking beauty. In a personal talk he shows his artistic photographs of some of the indigenous people he’s been drawn to over the years, including the Daasanach people of the Omo Valley, the Huli of Papua New Guinea, the Chukchi of the Chukotka Peninsula and the Himba of Namibia. 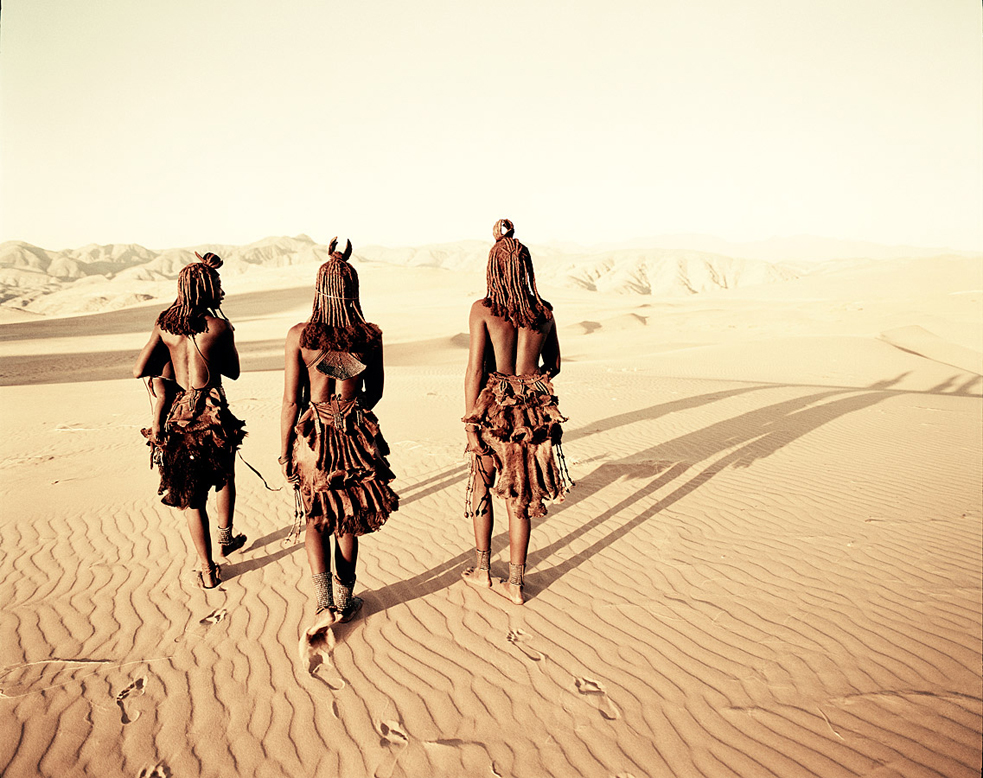 Jimmy Nelson’s photo of the Himba, an ancient tribe of herders. Photo: Courtesy of Jimmy Nelson