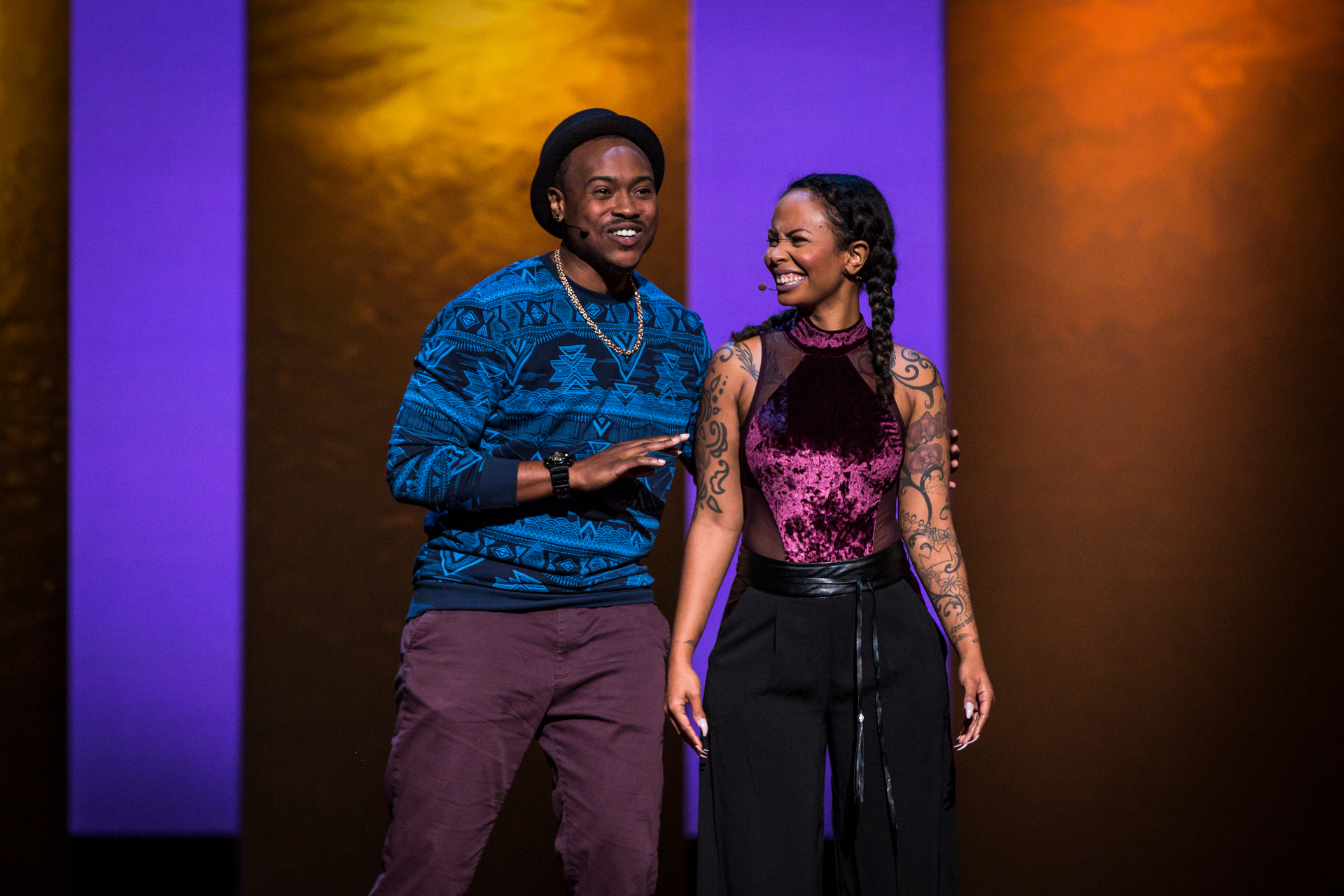 As usual, the TED community is bursting with new projects and discoveries. Here are a few highlights.

The power of representation. Writer and trans activist Tiq Milan, at left in the photo above, was interviewed for a new initiative by Netflix and GLAAD called “First Time I Saw Me.” Alongside Elliot Fletcher, Jamie Clayton, Jazz Jennings and other trans actors and media makers, Tiq spoke on the realities of being marginalized in media, and what representation means to him. “With representation, we’re going to see the hearts and minds of people change,” he said. “And then, we see policies change.” Bonus: As a beautiful part of the project (and a surprise to Tiq!), Netflix commissioned visual artist Rae Senarighi to live-paint a larger-than-life color portrait of Tiq as he spoke. (Watch Tiq’s TED Talk here.)

The most fearless comedian alive. In a new profile in Glamour, Palestinian-American comedian Maysoon Zayid offers her thoughts on the internet, our political landscape and the limitless possibilities of humor. Maysoon uses her comedy to shine a light on Islamophobia and disability, and is a vocal advocate against bigotry of all kinds. She co-founded the New York Arab-American Comedy Festival (now in its 14th season!), “to combat the negative images about Arabs and Muslims in media.” (Watch Maysoon’s TED Talk here.)

Where are the aliens? American senior astronomer Seth Shostak was recently interviewed for Vox’s Explained series on Netflix on the famous Fermi paradox and the possibilities of discovering intelligent extraterrestrial life. At TED in 2012, Seth shared a bold prediction: we’ll find aliens within the next two dozen years. Others are not quite so sure, retooling a probability equation called the Drake equation to shut down our hopes of finding and communicating with otherworldly beings. As a researcher at the SETI (Search for Extraterrestrial Intelligence) Institute, Seth is determined to prove them wrong. (Watch Seth’s TED Talk.)

Cancer: a descendent of the ancient dog. New research from Elizabeth Murchison and others has found that the closest relative to ancient American dogs isn’t a dog at all — it’s a canine cancer. According to an article by TED speaker Ed Yong in the Atlantic, canine-transmissible venereal tumors (CTVT) likely began in the genitals of a dog thousands of years ago. By remaining alive in dogs dozens of generations (and continents) beyond its humble origins, CTVT stands as the closest living descendent to indigenous American dogs. (Watch Elizabeth’s TED Talk here.)

Dance us to the end of love. One important update isn’t about a speaker at all, rather about someone we got to know through a TED Talk: the dancer and choreographer Gillian Lynne, who died last week after an astonishing life. Here is what Sir Ken Robinson said about her, and it’s worth reading at length:

Gillian Lynne. Have you heard of her? Some have. She’s a choreographer, and everybody knows her work. She did “Cats” and “Phantom of the Opera.” She’s wonderful. Gillian and I had lunch one day and I said, “How did you get to be a dancer?” It was interesting. When she was at school, she was really hopeless. And the school, in the ’30s, wrote to her parents and said, “We think Gillian has a learning disorder.” She couldn’t concentrate; she was fidgeting. I think now they’d say she had ADHD. Wouldn’t you? But this was the 1930s, and ADHD hadn’t been invented at this point. It wasn’t an available condition. People weren’t aware they could have that.

Anyway, she went to see this specialist. So, this oak-paneled room, and she was there with her mother, and she was led and sat on this chair at the end, and she sat on her hands for 20 minutes while this man talked to her mother about the problems Gillian was having at school. Because she was disturbing people; her homework was always late; and so on, little kid of eight. In the end, the doctor went and sat next to Gillian, and said, “I’ve listened to all these things your mother’s told me, I need to speak to her privately. Wait here. We’ll be back; we won’t be very long,” and they went and left her.

But as they went out of the room, he turned on the radio that was sitting on his desk. And when they got out, he said to her mother, “Just stand and watch her.” And the minute they left the room, she was on her feet, moving to the music. And they watched for a few minutes and he turned to her mother and said, “Mrs. Lynne, Gillian isn’t sick; she’s a dancer. Take her to a dance school.”

I said, “What happened?” She said, “She did. I can’t tell you how wonderful it was. We walked in this room and it was full of people like me. People who couldn’t sit still. People who had to move to think.” Who had to move to think. They did ballet, they did tap, jazz; they did modern; they did contemporary. She was eventually auditioned for the Royal Ballet School; she became a soloist; she had a wonderful career at the Royal Ballet. She eventually graduated from the Royal Ballet School, founded the Gillian Lynne Dance Company, met Andrew Lloyd Webber. She’s been responsible for some of the most successful musical theater productions in history, she’s given pleasure to millions, and she’s a multi-millionaire. Somebody else might have put her on medication and told her to calm down.