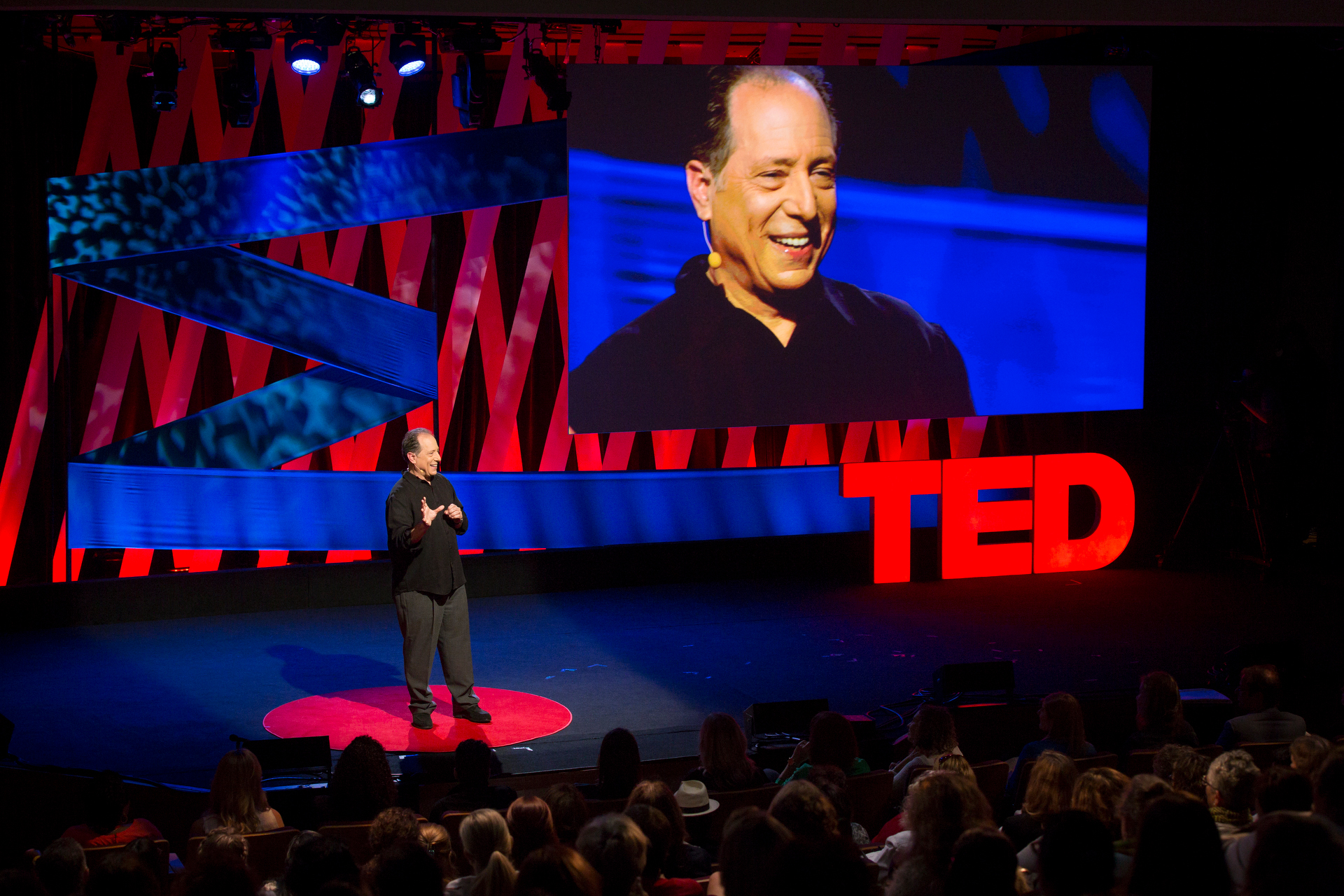 Michael Kimmel wants to recruit men to the cause of gender equality because, he says, it is actually in their own self-interest. Photo: Marla Aufmuth/TED

A shift implies a subtle move — up, down, to the right or left. In this session, a look at things in flux, from masculinity to poverty to glaciers, with new thoughts on some shared conversations.

Why gender inequality is bad for men. “I am here to recruit men to support gender equality,” says Michael Kimmel. This might sound strange coming from a middle-class white man — but Kimmel didn’t actually realize he was anything other than a human being until he joined a discussion group in grad school with 11 women. He realized how much time these women had to think about their gender and race, thoughts he had the luxury of not even thinking about. “That’s how privilege works,” he says. “Privilege is invisible to those who have it.” Kimmel says that he generally hears two reactions from men when the problem of gender equality comes up—a smug “thanks, we’ll take it from here,” which leads to “premature self congratulation,” or else an assumption that equality comes to the detriment of men. That is not the case, he says. “If you listen to what men want in their lives, gender equality is a way to get it,” he says. Countries with greater equality report higher levels of happiness, businesses with greater equality have employees who have higher job satisfaction, and the more egalitarian our relationships, the happier both partners are.”You have to start calculating how much gender inequality is already costing you,” says Kimmel.

A transformative way to think of poverty. There are a lot of people trying to figure out how to reduce poverty, says Mia Birdsong of Oakland’s Family Independence Initiative, but poverty rates haven’t changed much in the past 50 years. That’s because a critical resource has been ignored. “We have overlooked the most powerful resource we have for solving poverty: people who are poor,” she says. She shares stories of local businesses and support groups driven by poor people that brought great ideas to their communities. And these stories, Birdsong emphasizes, are the rule, not the exception. What is the exception is her own life — though she grew up in poverty, she now owns a home, has a retirement account — but because of luck and privilege, not hard work. Hard work is the common denominator. She says, “Marginalized communities are full of smart, talented people hustling and working and innovating just like our most revered and most rewarded CEOs. What if we recognized that what’s working is the people, and what’s broken is our approach?” Finally, she says, “To my people: We cannot wait for someone else to get it right. Let’s bring about new ways of being that work for us.” 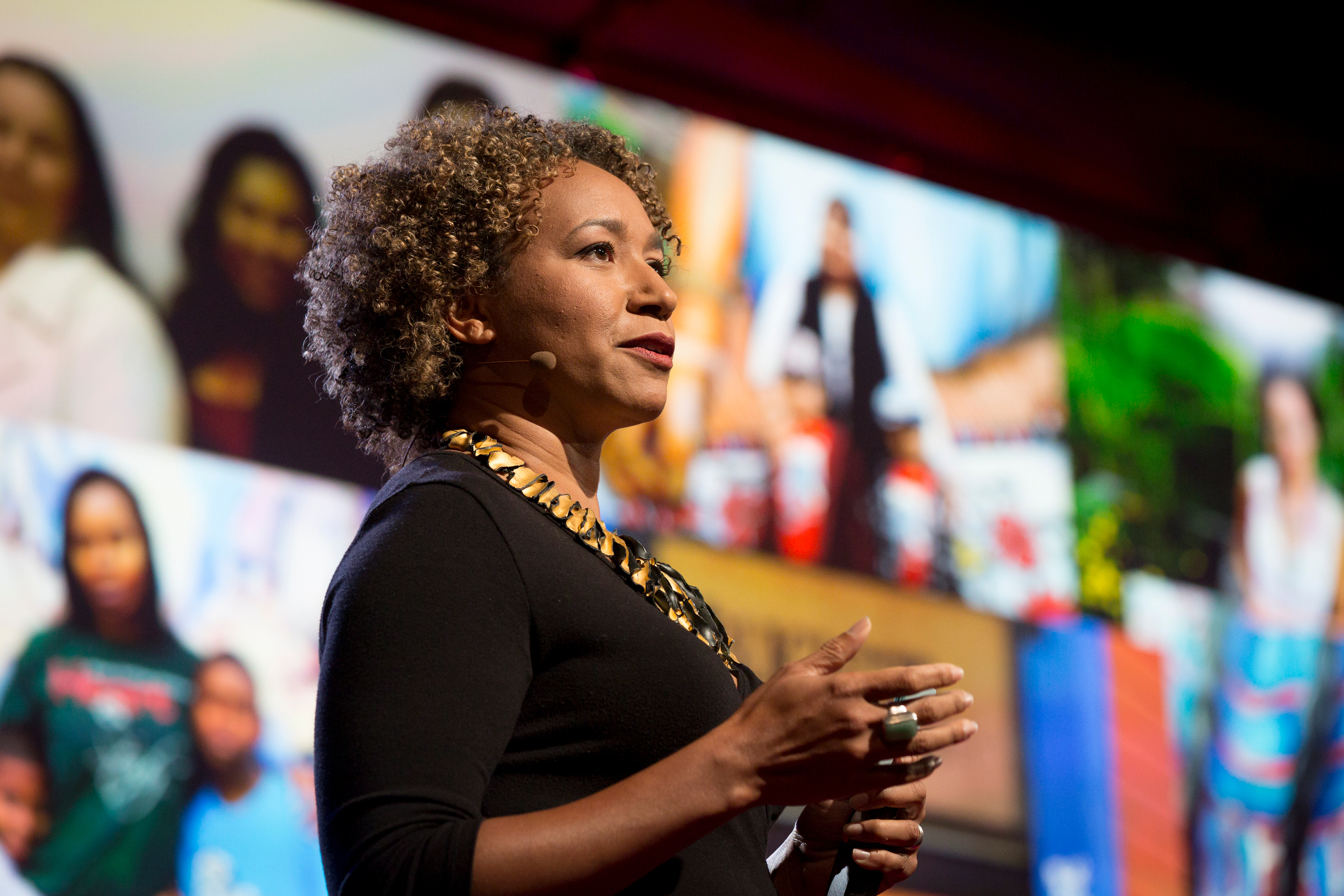 Mia Birdsong points out a severely underused resource in the quest to end poverty — the talent and passion of poor people themselves. Photo: Marla Aufmuth/TED

With Asperger’s, addressing the challenge of communication. “I think in pictures, not words,” says Alix Generous. “To me, words are more like instincts.” This has an impact on how she interacts with others. “You might have noticed that my voice doesn’t have much inflection. That’s why people say I sound like a GPS,” she says. “This can make basic communication a challenge, unless you need directions.” Generous is 22 years old and has Asperger’s syndrome. “It can be viewed as a disadvantage and sometimes it is a pain in the butt,” she says. “But it’s also a gift. It allows me to think innovatively.” She’s won competitions for her research on coral reefs, been a youth delegate for the UN Convention of Climate Change, and co-founded a biotech company called Autism Sees. There, she is helping to create apps that will help people with Asperger’s and autism develop communication skills. “I used Podium to prepare today. It’s been a great help,” she says. “My dream is for people with autism is to change that, to remove the roadblocks that keeps them from succeeding.”

The warning sounds of a melting glacier. Glaciologist Erin Pettit knows you’ve seen images of polar ice melting — but have you heard it yet? Glaciers are far from passive lumps, she says. They’re rivers of ice that are constantly flowing and retreating, and they actually, if you listen closely, make a lot of noise. In fact, glacial fjords are the loudest natural ocean environment we’ve measured. Though satellite information is great, water transmits sound much better than air does, so listening underwater is the key. But the ice-ocean boundary, where the action is happening, is a dangerous place to work: “We risk our lives when we go to take measurements,” she says. From the characteristic sizzling sound of ice melting — in a relatively narrow range of frequencies that centers somewhere around high C — she can hear events like a warm ocean current approaching. Most important, of course, are indicators of what’s happening long-term — and the more data that can be captured, the better we can document and foresee the changes that are happening all too rapidly. “As a human,” she says, “I want to stay safely back from this boundary. But as a scientist, I want to push the intellectual boundaries.”

A kinder take on the abortion wars. The abortion conversation in America is framed as pro-life versus pro-choice. But Aspen Baker sees this as far too simple and far too polarized. As one of a large number of women in the US who has had an abortion, Baker offers another perspective: pro-voice. In a moving talk, Baker shares her personal story and how it led her to co-found Exhale, a place where all abortion experiences are listened to and respected. But beyond that, she reveals how we all can follow the pro-voice philosophy and truly hear and digest different experience. Read much more in a full recap of this talk »

An East African jazz journey. During an emotionally thrilling session, TED Fellow Somi, an East African Jazz vocalist and songwriter, took the audience to a breezy, warm night in Africa. With a keyboard accompaniment, she soulfully breathed and whispered into the microphone, rocking back and forth while finding a deep, slow rhythm. Her song, “Brown Round Things”,  told the tale of a young African girl, “They say she’s sweet. She walks the streets at night. They call her names. She offers bosom and flame.” Later, she expressed the hopes of this child, “Shiny tops and open toes, shake what your mama gave ya. Twilight heat and panty hoes, pray that your God will save ya.” In a short Q&A after the performance, she shared that her inspiration for the piece was Miriam Makeba, a legendary South African singer and activist, who, among other things, used her craft to speak out against apartheid.

This is not a school. On Linda Cliatt-Wayman‘s first day as the principal of at Philadelphia’s troubled Strawberry Mansion High School, a huge fight broke out between a group of girls. Cliatt-Wayman called a meeting in the auditorium. And to her surprise, one of the students challenged her: “Why do you keep calling this a school? This is not a school.” As tears flow in the TEDWomen audience, Cliatt-Wayman shares the philosophy that helped her turn the school around, and show each student their value. Read much more in a full recap of the talk » 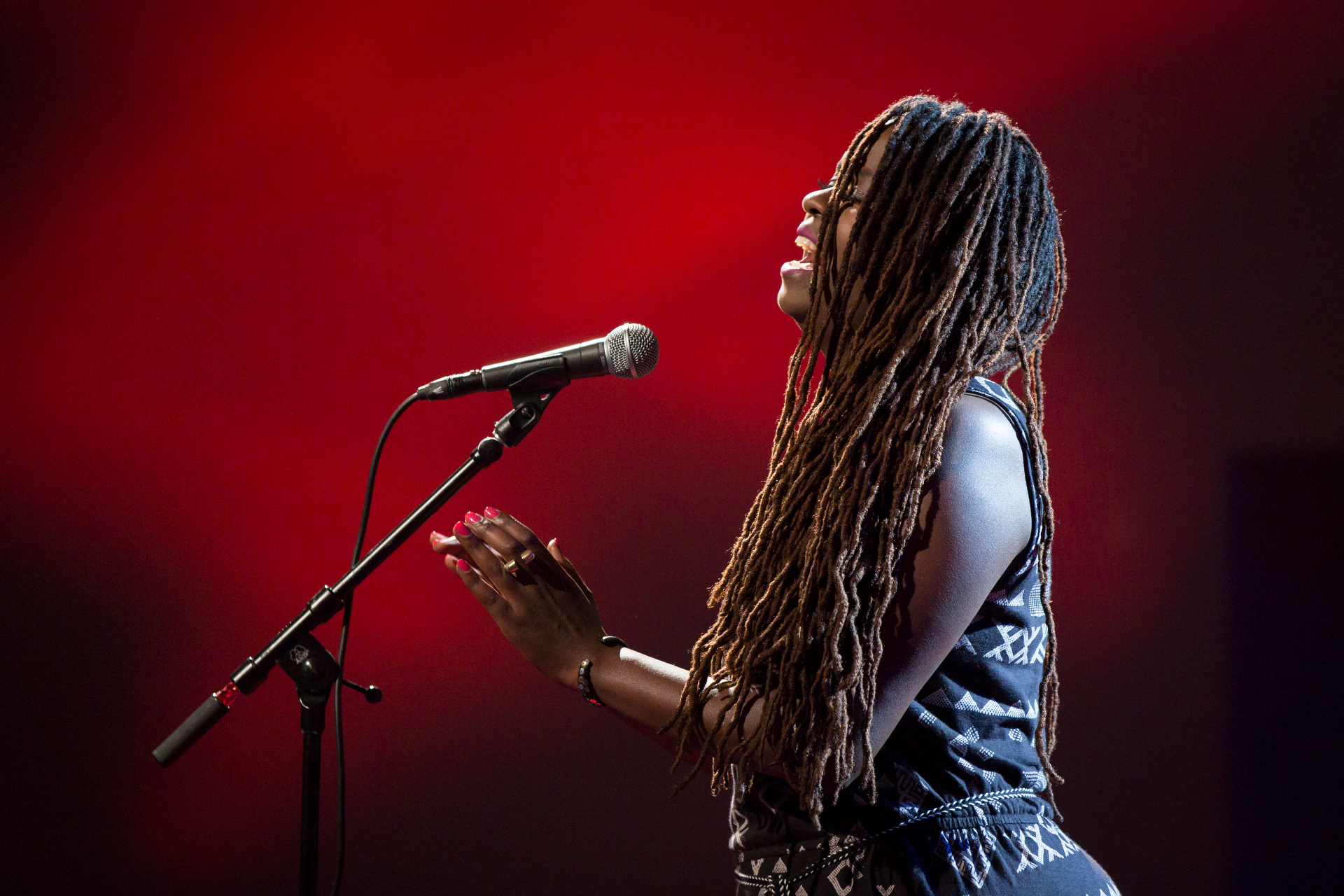