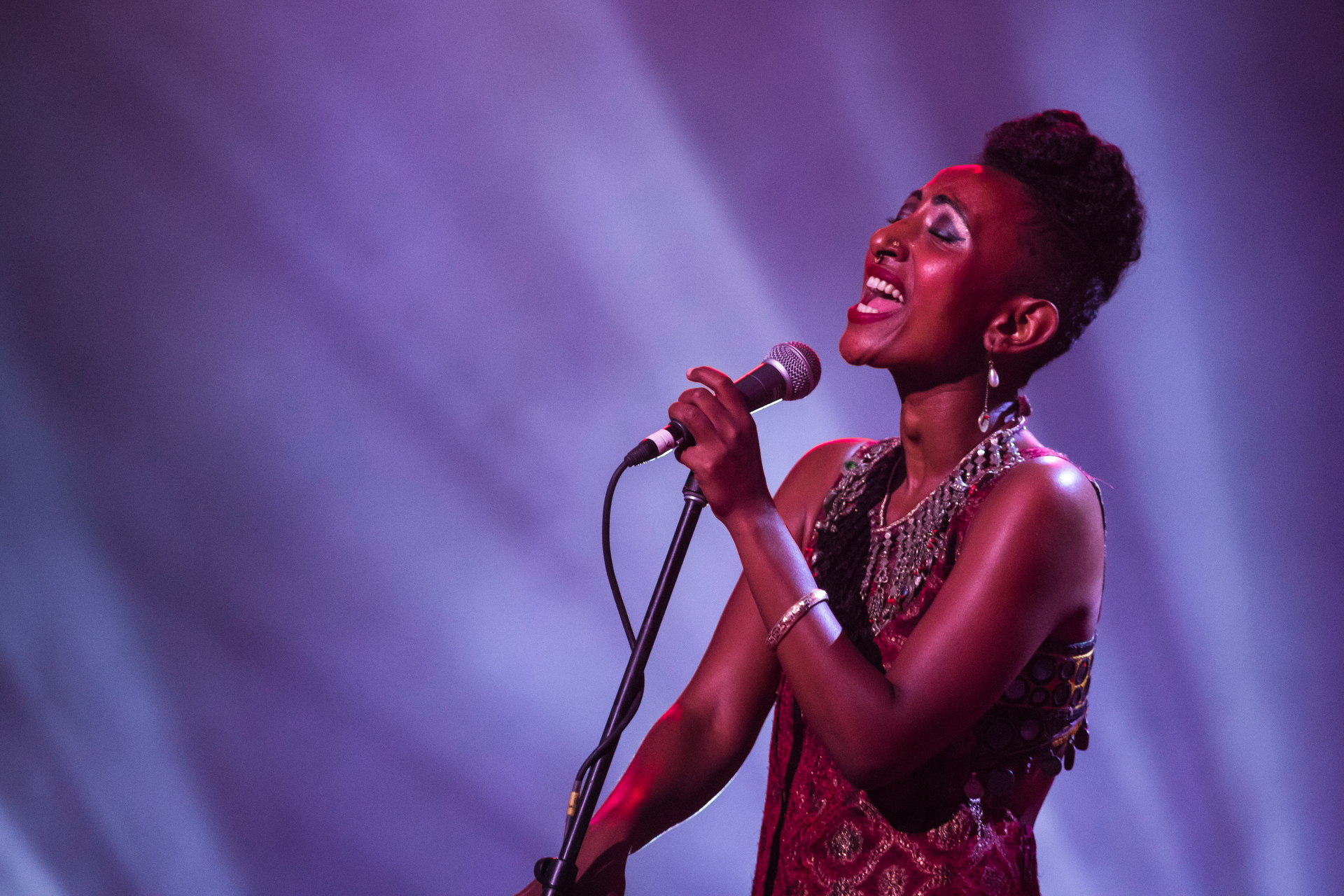 Alsarah and the Nubatones bring a new twist on traditional East African pop. As Alsarah tells it: “Tradition is not a frozen thing, it’s not a stagnant thing. Tradition is merely a conversation between you and the future about your past.” They perform at TEDGlobal 2017: Builders. Truth-Tellers. Catalysts., on Wednesday, August 30, 2017, in Arusha, Tanzania. Photo: Bret Hartman / TED

Human potential is a double-edged sword; it can be turned to great good or great evil. This session is about the discovery, liberation and channeling of human potential in ways that make the world around us a better place.

But first, Alsarah & the Nubatones introduce us to East African retro-pop. As Alsarah says from stage mid-set: “This music is not traditional, but it is rooted. It’s pop, but it’s got feelings. It’s got messages. It knows where it’s come from and it’s ready to go anywhere it needs to go.”

Today is a joyful homecoming for William Kamkwamba who stole the hearts of the TED audience with his windmill here in Arusha in 2007 when he was only 14 years old. Since then, he’s co-written a book, graduated from African Leadership Academy and Dartmouth, travelled the world, is working with farmers to get their crops into supermarkets, and more. “My dream,” says Kamkamba, “is to continue the work I’m doing, trying to find the ways of solving some of the problems people are facing in my community or the world in general.” 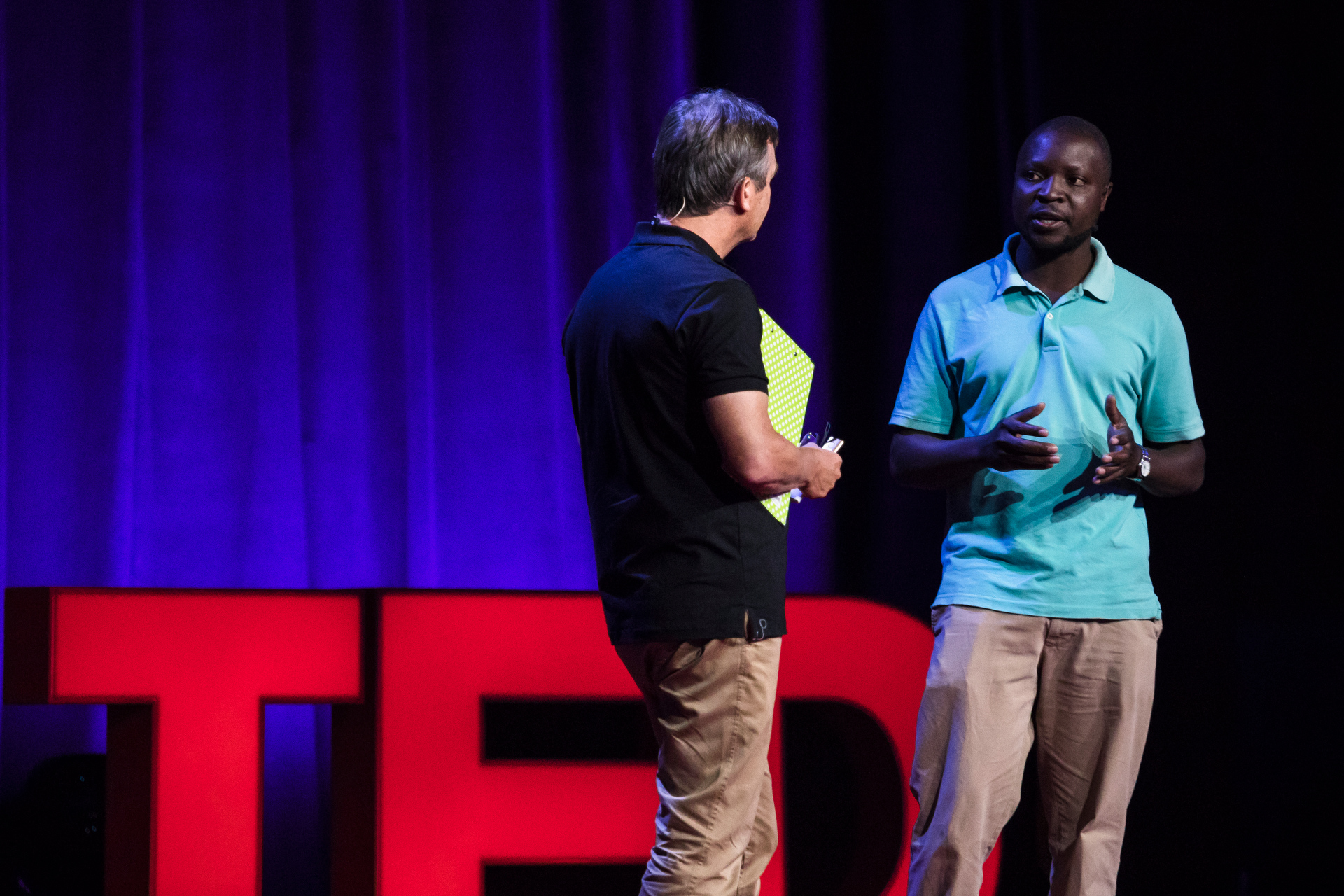 Decades of study exists on mosquitoes and the diseases they transmit. Nonetheless, malaria still plagues hundreds of millions of people every year, and kills more than a million, mostly children under the age of five, in sub-Saharan Africa. We still know very little about mosquitoes, says Fredros Okumu, who catches mosquitoes for a living. Okay, so he catches them to study them. As mosquitoes build resistance to insecticides, new ways must be found to control their populations. After some rather intense study of mosquito biology (that involves baring legs in 12-hour shifts to invite the insects), Fredros’ research team have developed some rather unconventional methods for targeting and culling the malaria vector that has been described as the most dangerous animal on the planet. 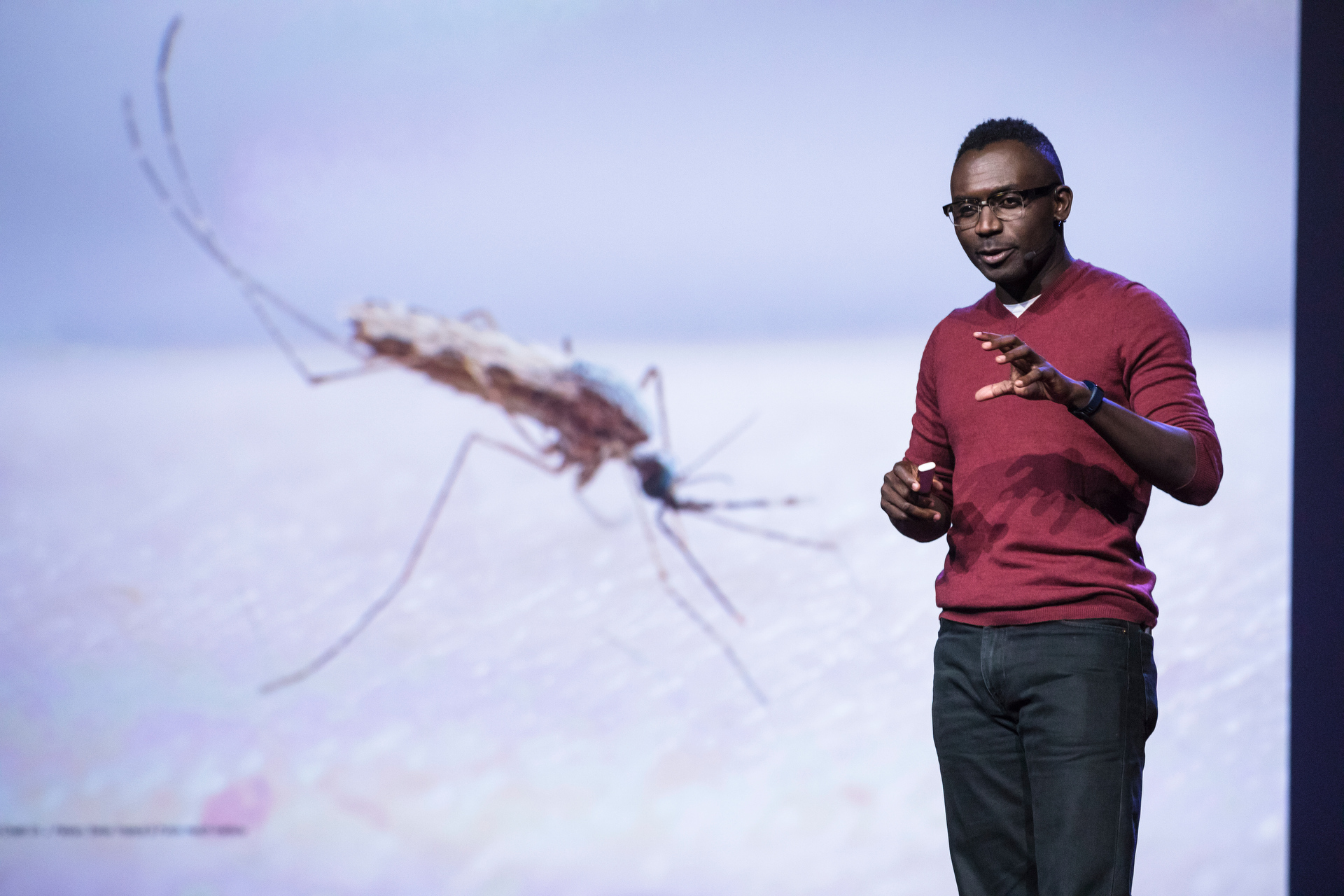 Fredros Okumu studies the deadliest animal in the world: the mosquito. We know very little about this vector for malaria and other diseases, even as it develops resistance to our pesticides. (And real talk, one way you study mosquitos is to let yourself get bitten over and over.) Photo: Ryan Lash / TED

By building local scientific capacity, Africans can find solutions to the continent’s problems, says audience member Kevin Njabo, who takes the stage to admit that he almost became one of the four of five Africans who never return to the continent after an education abroad. He urges more people to do so: “For every skilled African who returns home, nine jobs are created in the formal or informal sector.” 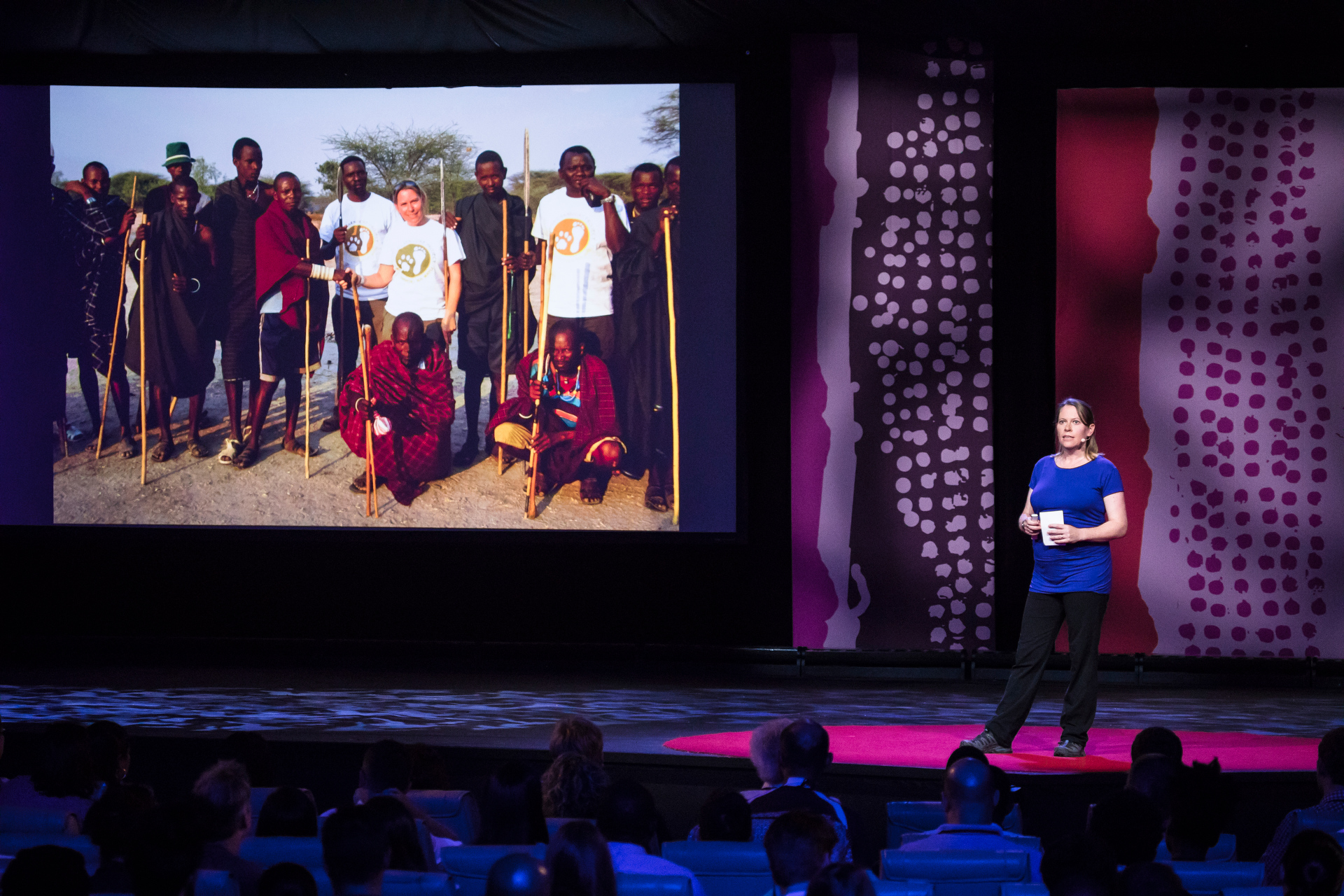 Africa is a young continent: 41% percent of the population is under 15, according to the UN’s population division. But as the young demographic explodes, jobs have not kept up. Kola Masha is concerned that it could spell disaster if these people do not find opportunities to make a decent life for themselves. In 2012, Masha created a company called Babban Gona to explore if it was possible to use agriculture as an engine to unlock opportunities for economic advancement to young people in Nigeria. Over the past four years, Babban Gona has brought together a grassroots farmer learning community, professional management and investment to reach more than 20,000 farmers and help them not only be successful on the land but also multiply their profits from previous levels.

What do you do when you return to your country and visit the library, but can’t find books written by your country’s own people? Well, if you are Bibi Bakare-Yusuf, you become a publisher. Which is obviously not a cakewalk (brief sidebar), but has to be done. The reason? Archives are not value-free, and whoever controls them controls the narrative. It is one thing for writers to write. But in the end, the ones who control the means of production and distribution have outsized amounts of control over whether those stories will see the light of day, or be received in a meaningful way. And most important, they determine what will be seen by future generations. Bakare-Yusuf became a publisher to create the African archival future and contribute to the global archive of ideas. To make sure that the archive of African stories is not controlled by the West, or by African men. She hopes that in 500 years, when people (or aliens?) look into the archives of Africa, they will find a diverse array of texts written by African men and women. 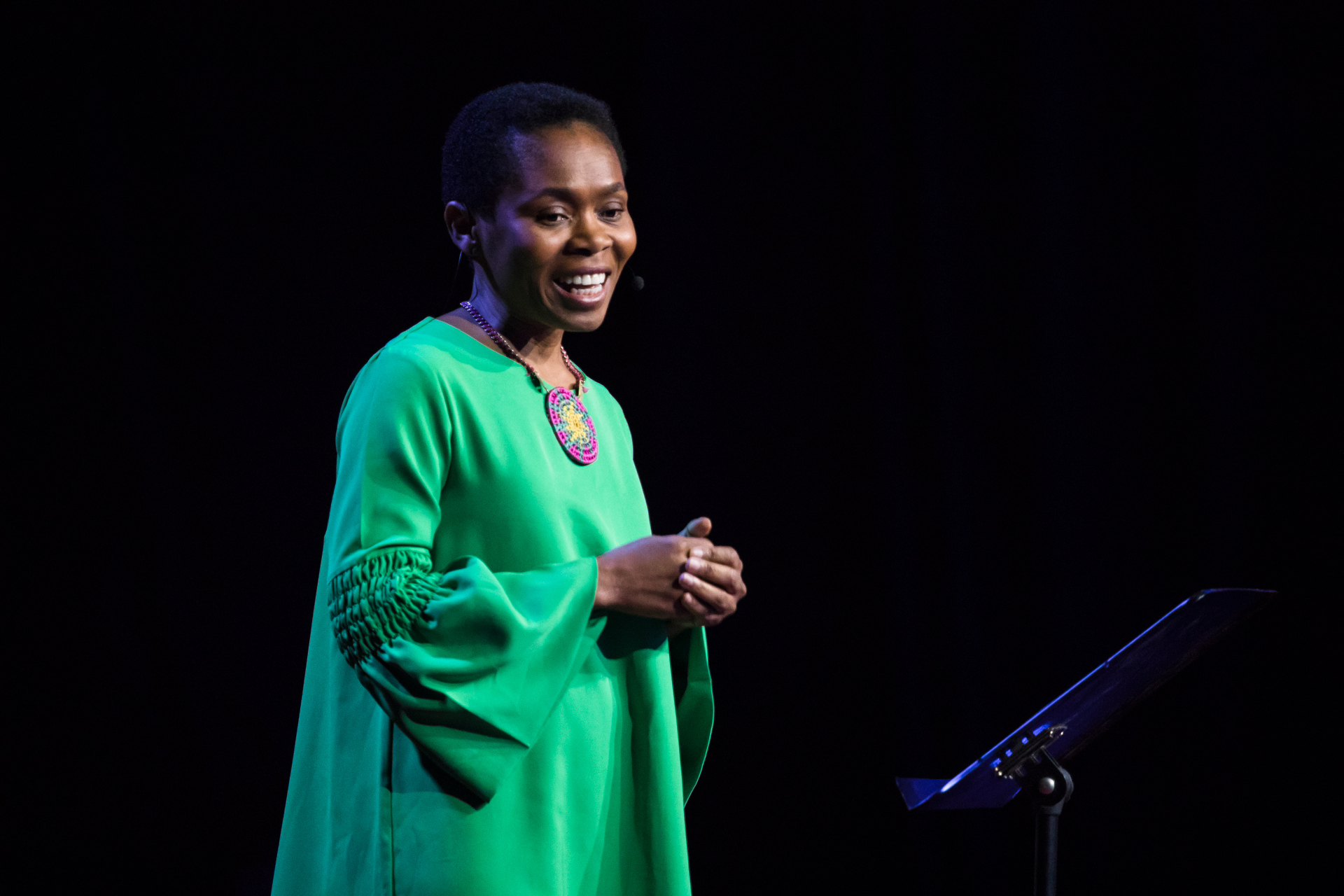