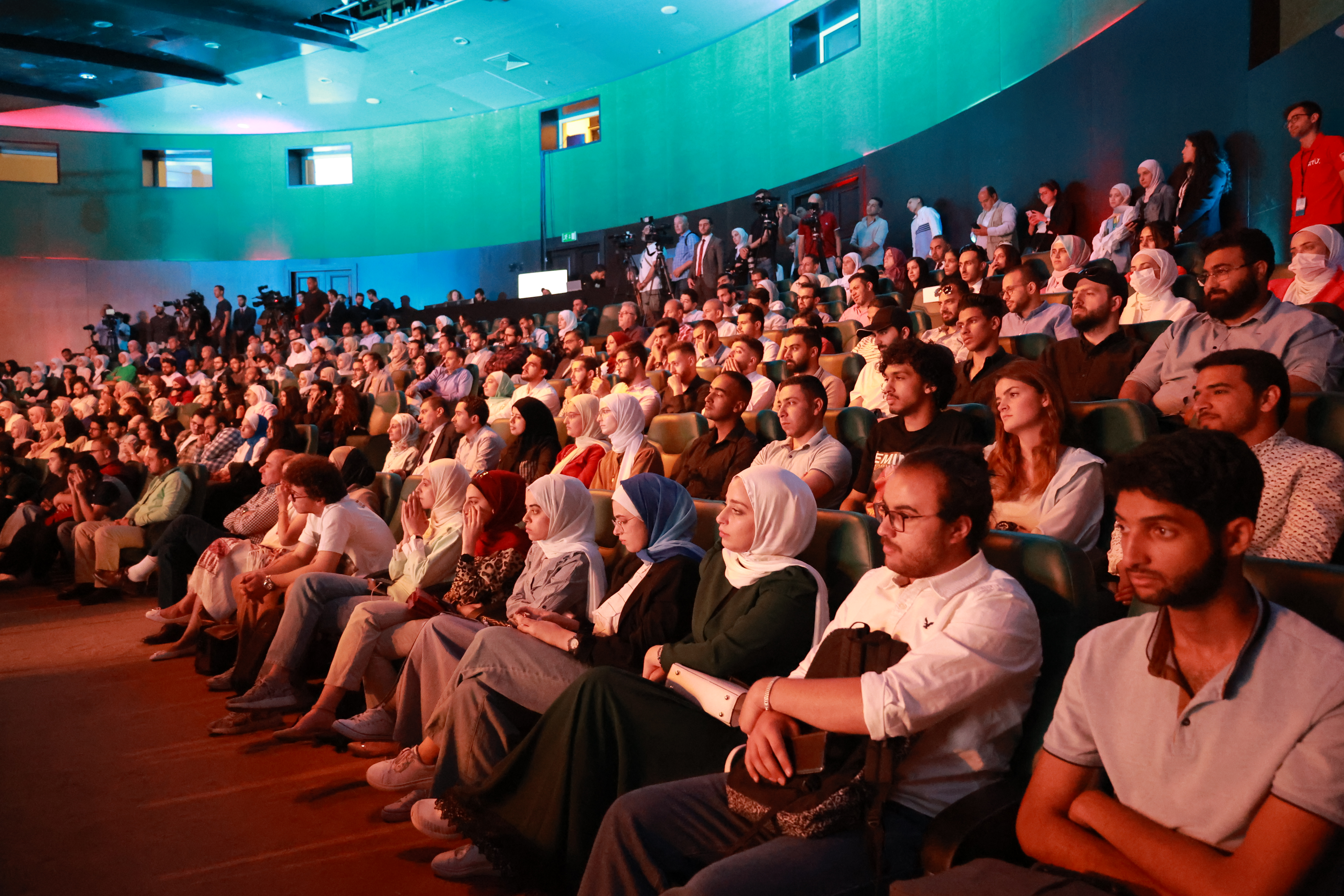 In the face of constant change, the world must unlock its full potential — human, natural and technological — to tackle challenges and shape the future. In partnership with Qatar Foundation, TED hosted a TEDinArabic regional event on June 4, 2022, in Amman, Jordan, featuring renowned TED speakers who shared their talks with a live global audience — all in Arabic — centered on the theme “Unlocking Potential, Elevating Stories.” The event was held under the patronage of His Royal Highness Crown Prince Al Hussein Bin Abdullah II, hosted by TV broadcaster Mais Nobani and attended by Her Excellency Sheikha Hind bint Hamad Al Thani, the Vice Chairperson and CEO of Qatar Foundation, and a number of dignitaries from Jordan, Qatar and Oman.

This was the second in a series of TEDinArabic regional events leading up to a flagship event in March 2023 in Doha, Qatar, which will feature 16 speakers from the Arabic-speaking world. Speakers will be selected through the TEDinArabic Idea Search.

In addition to the TEDinArabic Talks, the event, which was hosted at the Al Hussein Technical University, included a series of interactive workshops and activations curated by Qatar Foundation and community partners; a performance by Haya Community Orchestra accompanied by Haya Choir; and a series of interstitials, including Farah Shamma’s “Ha Ana Ata’alam!” (Here I am learning!).” 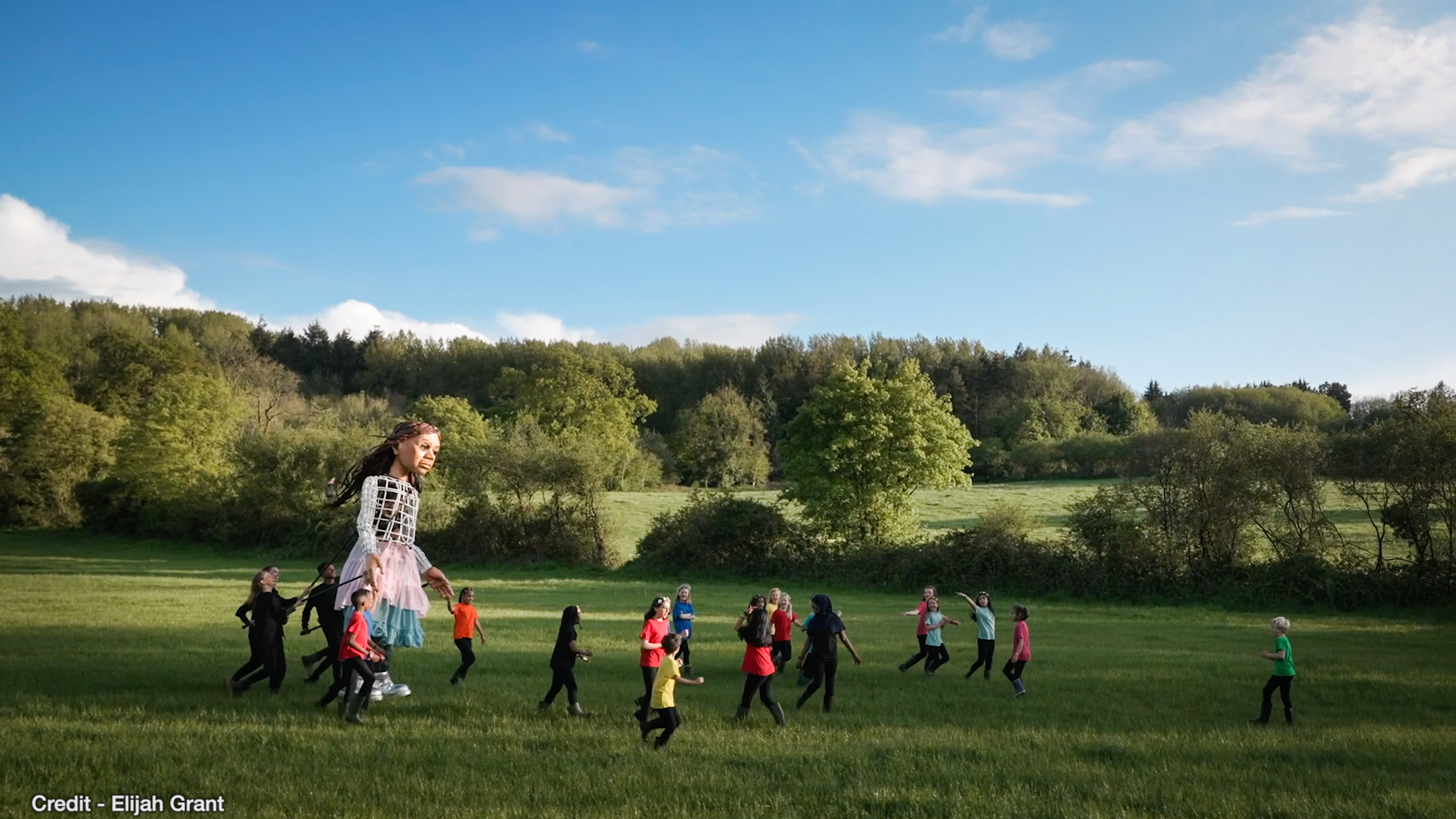 Little Amal, the giant puppet at the heart of Amir Nizar Zuabi’s The Walk, on her theatrical journey. (Photo Courtesy of TED)

How? In a staggering display of creativity and community, theater director Amir Nizar Zuabi discusses “Little Amal”: a theatrical journey following a nine-year-old refugee girl named Amal (represented by a giant, lifelike puppet) as she makes her way from Turkey to England. Zuabi shares the bold vision behind this cultural odyssey aimed at spreading hope and celebrating the refugee experience. Building on his talk from the TEDMonterey stage in 2021, Zuabi shares the latest on Amal’s journey to Ukraine, Poland and, this autumn, New York. She will continue to remind people that “welcome” and “compassion” are crucial words in today’s world. 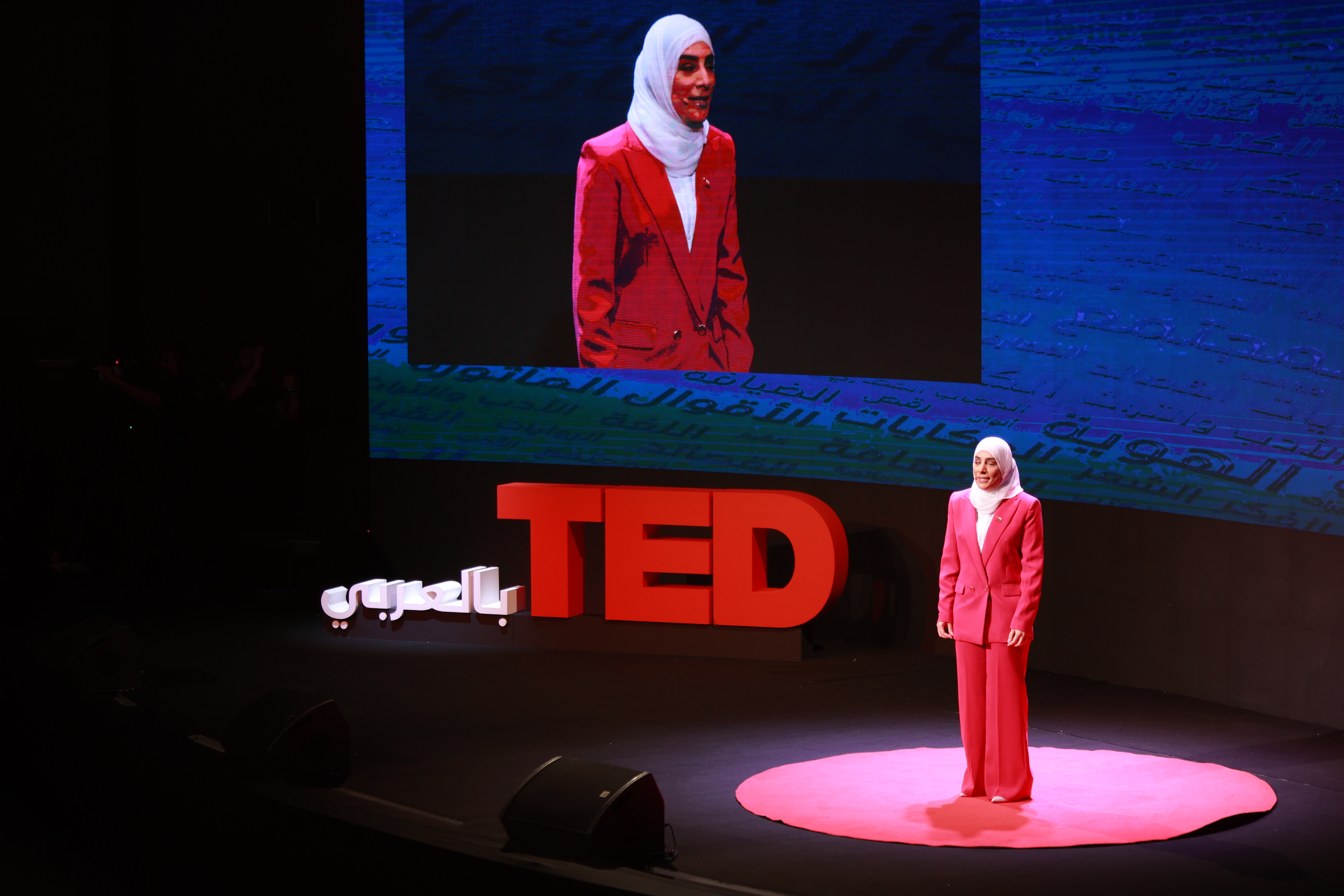 Big idea: Visual impairment is not a hindrance to unlocking potential.

How? Sheikha Al Jassasi is the first visually impaired Omani to earn a Master’s degree in business administration from the UK’s University of Bedfordshire. Living in a society that lacks knowledge about visual impairment and blindness, Al Jassasi was determined to achieve her ambitions and quests of pursuing higher education and launching her own business in the face of unimaginable obstacles. Growing up, she always felt that she was different from her peers and people treated her differently. However, thanks to the unconditional love and support of her family, she was able to turn her disability into a triumph for herself and for the visually impaired community in her society. Her latest project, Podcast Noor, supports the visually impaired community and provides them with the necessary tools to break barriers.

This piece was written by Lobna Hassairi and Doha Abu Summaqah.