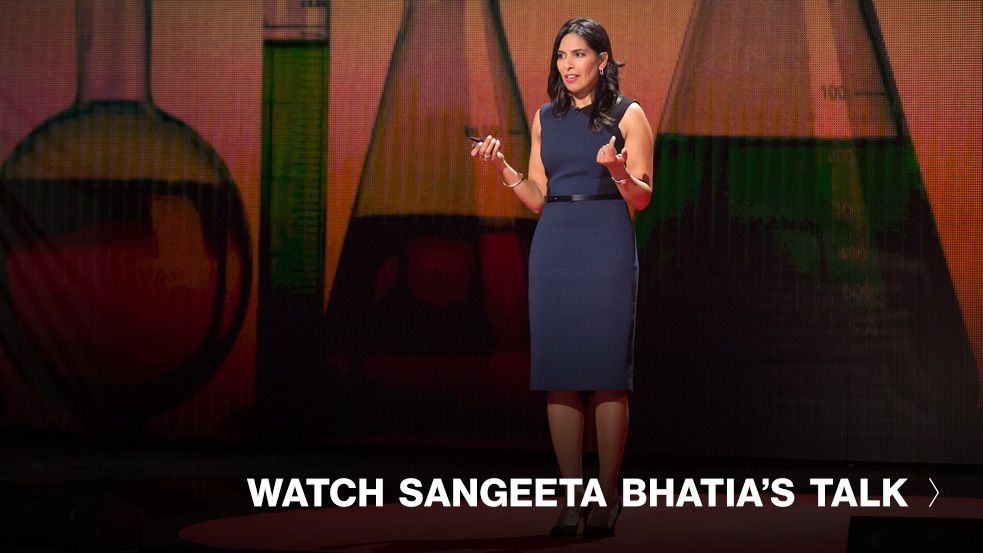 Flip the switch. Sangeeta Bhatia is the senior author on a paper that makes the genome editing power of CRISPR responsive to ultraviolet light. As detailed in academic journal Angewandte Chemie, the researchers developed a system where gene editing occurs only when UV light is shone on the target cells, allowing researchers greater control over when and where the editing occurs. The technique could help scientists study embryonic development and disease progression with more precision, and Bhatia’s lab is exploring possible medical applications as well. (Watch Sangeeta’s TED Talk)

Mind the gap. In 2012, Anne-Marie Slaughter set the Internet on fire with her Atlantic article, “Why Women Still Can’t Have It All,” but after the intense debate around the article died down, Slaughter continued to search for an understanding of what true gender equality means. The result is her book Unfinished Business, released on August 9. The book is not only a more nuanced look at the issues and questions that prompted the article, but also a significant evolution of the ideas she expressed four years ago. (Watch Anne-Marie’s TED Talk)

The political needs of emerging technology. While it seems the stuff of science fiction, Anand Giridharadas tackles a possibility that may well be a monumental challenge in the near future: robots taking jobs. His op-ed in The New York Times centers on the place where the challenge is brewing, Silicon Valley, and explores the disrupting power of emerging technology through the eyes of local legend and venture capitalist Vinod Khosla. In the eyes of Khosla, the displacement caused by robots won’t just require simple adjustments, but a “massive economic redistribution via something like a guaranteed minimum income” and a reinvention of capitalism itself. (Watch Anand’s TED Talk)

Education revolution in Brooklyn. Educator Nadia Lopez has worked tirelessly to right the wrongs of a failing education system and support her students who, as residents of deeply troubled communities in Brooklyn, are too frequently overlooked and left behind. Released on August 30, her book The Bridge to Brilliance chronicles the uphill battle it has taken to create, and run, her pioneering inner-city middle school, Mott Hall Bridges Academy. (Tune into PBS on September 13 to hear Nadia Lopez in TED Talks: Education Revolution.)

A landmark for world peace. In The New York Times, psychologist Steven Pinker and Colombian president Juan Manuel Santos co-author an op-ed on the country’s recent peace treaty, announced August 25, between the Colombian government and the Revolutionary Armed Forces of Colombia, or FARC. The peace agreement, the authors argue, marks not just a monumental step towards ending the decades long conflict that has plagued Colombia, but is a significant landmark for peace in the continent and around the world. “Because we have come this far, we know we can go further. Where wars have ended, other forms of bloodshed, such as gang violence, can also be reduced,” the authors write, “Since the Americas have succeeded in moving away from war, we know this could happen even in the world’s most stubbornly violent regions.” (Watch Steven’s TED Talk)

An accidental discovery. Donald Sadoway is among a team of scientists that stumbled upon a new method of producing some metals. Reported in the journal Nature Communications, the discovery came when the researchers were attempting to develop a new battery. Instead, the researchers realized that they were producing the metal antimony through electrolysis. The researchers believe that they could produce metals such as copper and nickel through the same method, but it’s not just a novel method — it nearly eliminates the greenhouse gas emissions of traditional smelting and has the potential to drastically reduce the cost of metal production. (Watch Donald’s TED Talk)

A challenge to looters. TED Prize winner Sarah Parcak appeared on The Diane Rehm Show on August 24 for a panel discussion on “the big business of looted antiquities.” She explained how terrorist organizations are selling artifacts looted from ancient sites to fund their activities, and talked about GlobalXplorer, the citizen science platform she’s building to democratize archaeology. She also sent an unconventional message to collectors tempted by buying artifacts that could be stolen. “People all around the world want to own a piece of history. My challenge to them is: be a part of making history,” she said. “They say history is written by the winners. I think history should be written by everyone.” (Watch Sarah’s latest update on GlobalXplorer, and sign up to get early access.)