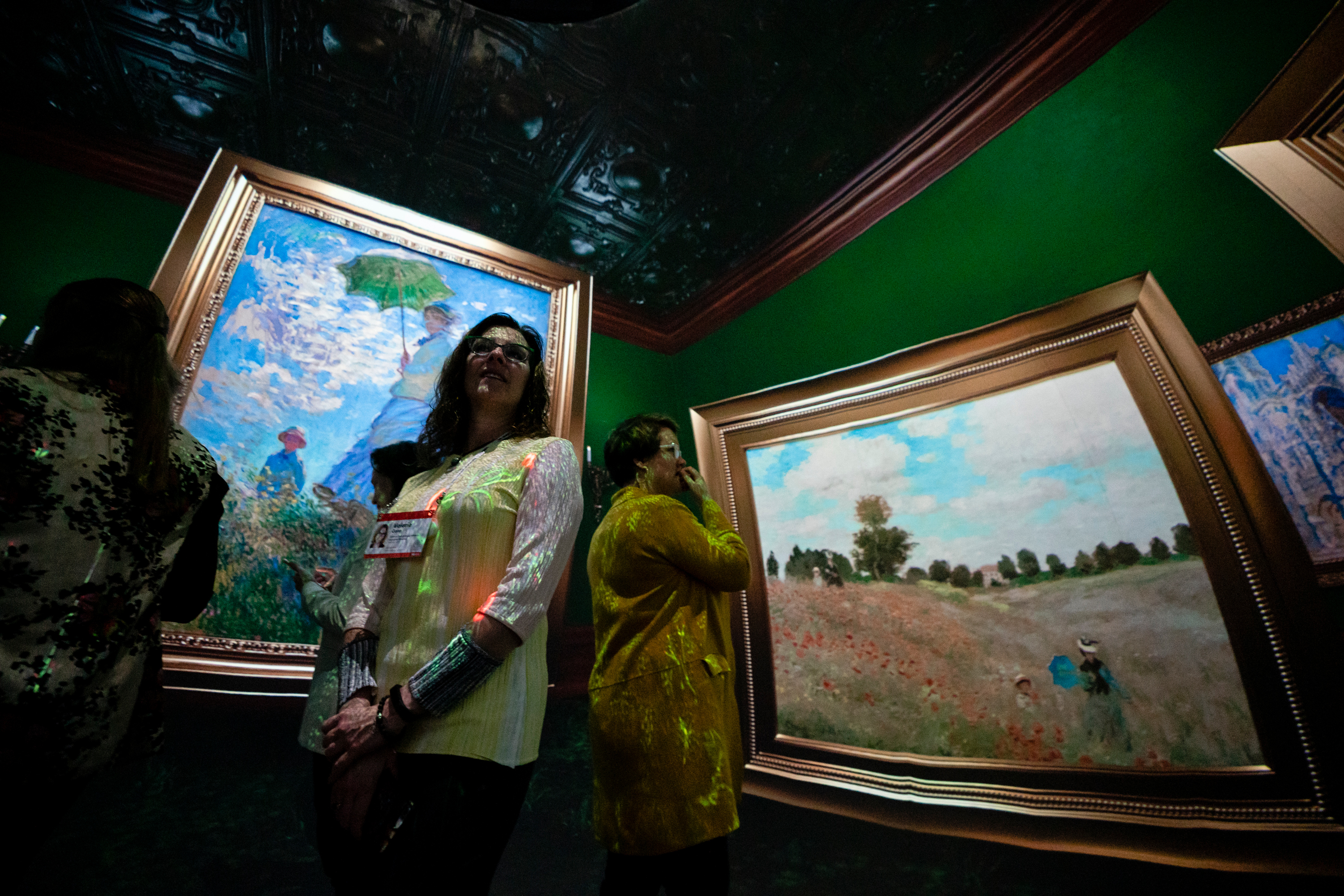 Step up close to, and almost into, the work of Monet, a favorite artist of Vulcan founder Paul Allen. Vulcan brought their new Holodome environment to TED2019: Bigger Than Us, in Vancouver, BC, Canada. Photo: Bret Hartman / TED

Have you ever loved a painting so much you wanted to step inside it? While the world of VR is usually utilised to take us to inaccessible locations like the depths of the ocean or the surface of the Moon, Vulcan’s Holodome offers the opportunity to enter the world of an impressionist painting in one of two experiences previewing at TED2019.

Unlike the usual headset-based VR experience, the Holodome is a fully immersive environment you can explore with your fellow adventurers, unhindered by wearable equipment. Inspired by a love of Monet’s works, the late chair of Vulcan, Microsoft cofounder Paul Allen, wanted to create a way to step inside them. One where you can walk across the painter’s Poppy Field as it undulates around and beneath you, and Woman with a Parasol disappears over a nearby rise.

“With Holodome, our goal is to transport people into immersive adventures across real and imagined worlds, from the highest mountaintop to an impressionist landscape to the boundaries of space, without the need for mounted headgear,” says Kamal Srinivasan, Vulcan’s director of product management.

Back in the real world, there’s nothing like the disappointment of finally getting to see an artwork that you truly love and realizing that it is much smaller than you imagined, and obscured behind a crowd five deep at the gallery. Inside the Holodome, the rich colors and textures of Monet’s work are all-encompassing, almost tangible. Moving seamlessly through 12 of the painter’s works, the experience takes you soaring over a waterlily pond to greet cliffs where the sun slowly sets.

For those with motion sickness — yes, some of our team felt a little queasy, while others found it helpful that you can look down at a real floor and ground yourself. As with any 360-degree experience, it takes a little getting used to. Things are definitely best viewed from the center of the dome, but powered as it is by four 4k projectors, you don’t want to look directly up from this spot or you’ll be staring down some very bright lights. 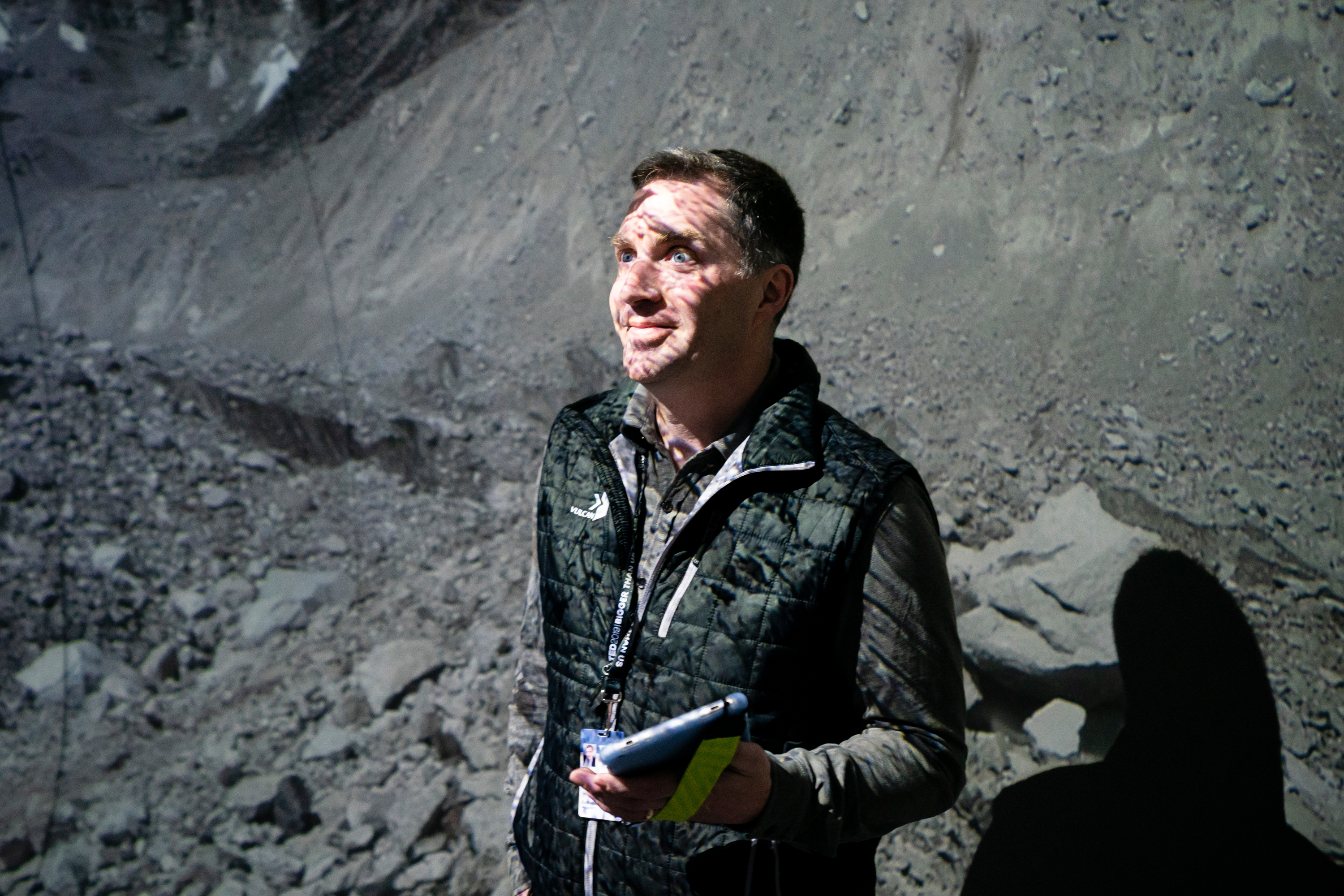 Take a virtual trip to Everest inside the Vulcan Holodome at TED2019: Bigger Than Us, Vancouver, BC, Canada. Photo: Bret Hartman / TED

The community aspect of the experience really kicks in with Mount Everest, where audiences travel with two climbers attempting to scale the mountain without bottled oxygen — a feat so far achieved by fewer than 200 people. Seeing others react as an avalanche barrels toward you, and turning at someone’s exclamation of surprise to take in the breathtaking vista of the Himalayas at your back, makes much more sense to experience as a group than alone in a headset. It’s also much easier to move around when you’re not worried about bumping into anyone or anything!

It is definitely worth choosing your experience carefully — Mount Everest is mostly shot following its protagonists on one side of the dome, documentary style, and you might sometimes turn to find yourself simply facing the inside wall of a tent, but Museum of Masters: Claude Monet makes it worth turning to see all that’s around you.

It’s easy to see where the Holodome will come into its own in the world of gaming. The ability to set out as a team, when you can all see and interact with each other and your environment without any communication delay, has us all asking, When’s the escape room experience coming?

While the technology is still being refined, its name seems to be no accident; the holodeck of Star Trek, where we can be bodily immersed in a world without the aid of wearable technology, may be closer than we think. 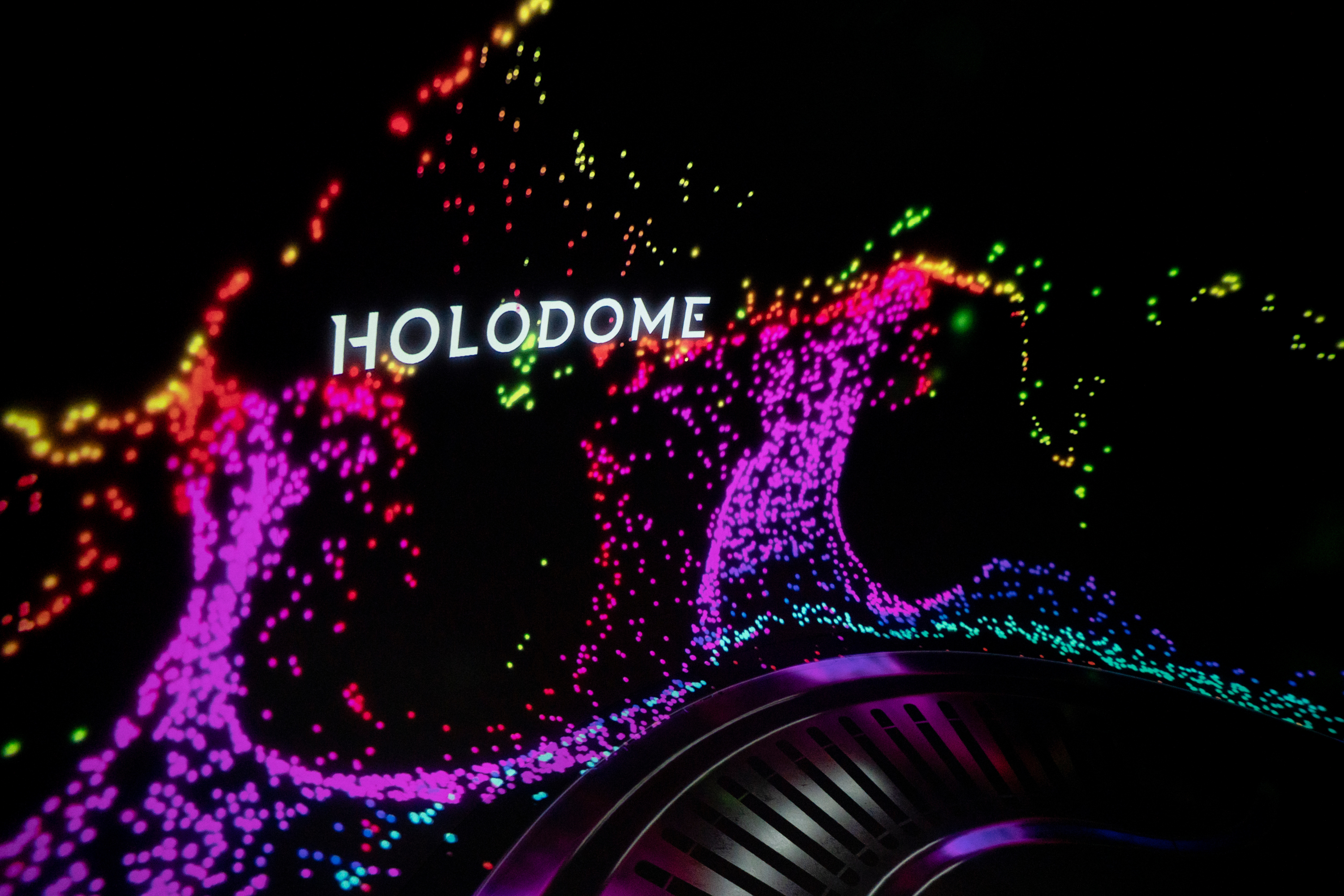